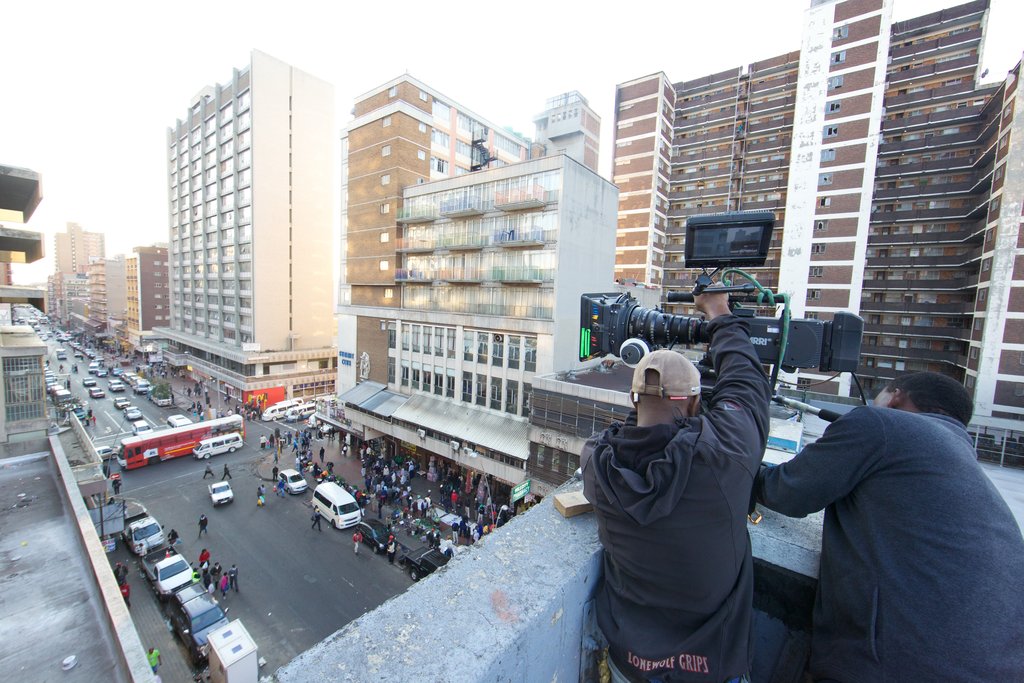 An award for innovative storytelling 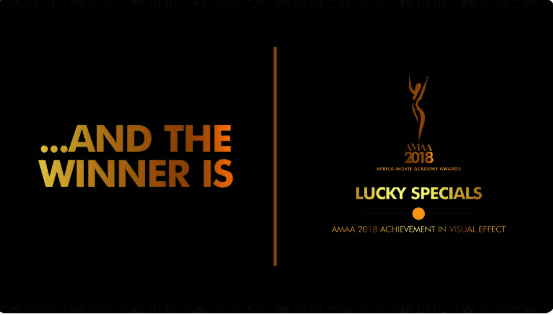 The Lucky Specials is now the 2nd most watched film in Africa! Through 10,000 DVDs, television broadcasts in 23 countries, and in-flight entertainment across Africa and Europe, it has reached at least 300 million people and continues to reach more every day. The South African Health Minister, Aaron Motsoaledi who championed the first ever UN High Level Meeting on TB (UNHLM-TB) held this September (9/26), has called it “an important weapon in our arsenal to fight the TB epidemic.” The film’s DVDs were made available to the policymakers and development experts attending the UNHLM-TB.

In October, The Lucky Specials was honored by the African Movie Academy Awards, the continent’s largest regional film platform, with an award for Best Visual Effects – adding gloss to an already terrific year of wins for the film. The film uses state of the art animation to illustrate the inner workings of tuberculosis. The award followed two recent wins for “The Lucky Specials”: An Honorable Mention for Narrative Feature at the 2018 Roxbury Film Festival in Boston, USA, and a World Gold Medal by the New York Festivals 2018, in its Human Concerns category for Film/TV.

The Lucky Specials has now been broadcast to nearly 300 million people across the world, becoming one of the most broadcast films in Africa. It also continues to collect international honors for its powerful storytelling and success in changing attitudes and creating awareness about tuberculosis (TB).

Most recently, it racked up five nominations in acting, editing and visual effects by the Africa Movie Academy Awards (AMAA), Africa’s largest gathering of regional filmmakers. The awards take place in Rwanda in September 2018. The Lucky Specials’ director, Rea Rangaka called the AMAA “the perfect platform to celebrate and recognize this film’s success as well as its important message on personal strength and resilience for Africans across the continent.” The AMAA recognition follows an Honorable Mention for Narrative Feature at the recent 2018 Roxbury Film Festival in Boston, USA, held in June 2018.

On June 19, DLA's Producer Regan Alsup addressed high school students visiting from across America about The Lucky Specials and the power of film in creating critical health awareness at the annual Global Health Youth Summit in Washington, DC. In an interactive workshop, Alsup spoke to the students about how storytelling through film has become a global force for change in delivering lifesaving information.

Now in the second year of its release, The Lucky Specials has continued to generate increased tuberculosis (TB) awareness in developing countries across Africa, gather critical entertainment acclaim, and inspire entertainment professionals to maximize their own potential social impact.

In February 2018, The Lucky Specials was selected and screened at the Pan African Film Festival in Los Angeles, which boasts the largest collection of black films in America and is a global platform for African talent and voices.

In recognition of World Tuberculosis Day on March 24th, the film was screened by the Netherlands-based KNCV Tuberculosis Foundation in The Hague, and broadcast to viewers in Trinidad and Tobago for the first time by the dual Caribbean nation’s major television network, TV6-TNT.

In April, The Lucky Specials was screened during the 2018 International Social and Behavioral Change Summit (SBCC) in Bali, Indonesia. During the summit, which was attended by 1,200 development practitioners in entertainment education and social impact media, Discovery Learning Alliance (DLA) participated in a panel and discussed the film’s production and distribution process, and the power of impact media to fight tuberculosis and other deadly diseases. At a skills-building workshop at the summit, DLA’s President, Aric Noboa and Producer, Regan Alsup discussed building successful partnerships in behavior change communication, particularly by engaging academia and utilizing learnings from behavioral economics.

Also in April, the film earned the 2018 Gold Medal in the Human Concerns category in the New York Festivals’ International TV and Film Awards. In addition, the film was screened at the African Movie Festival in Manitoba in May. Its next stop is the Roxbury International Film Festival this June in Boston, where it is an official selection.

In the near future, new television broadcasts are planned in Cameroon, Cote D’Ivoire, Swaziland, Zimbabwe, Rwanda, the Democratic Republic of Congo, and Bostwana. The Bostwana broadcast is sponsored by the Botswana Medical Aid Society (Bomaid), the country’s leading, private medical aid provider. To date, The Lucky Specials has been broadcast in 15 countries, sharing its important TB and health information across three continents, and is slated to reach millions more through continued broadcast and DVD distribution throughout 2018 and beyond.

With Local Support, The Lucky Specials Continues to Educate Communities in Africa 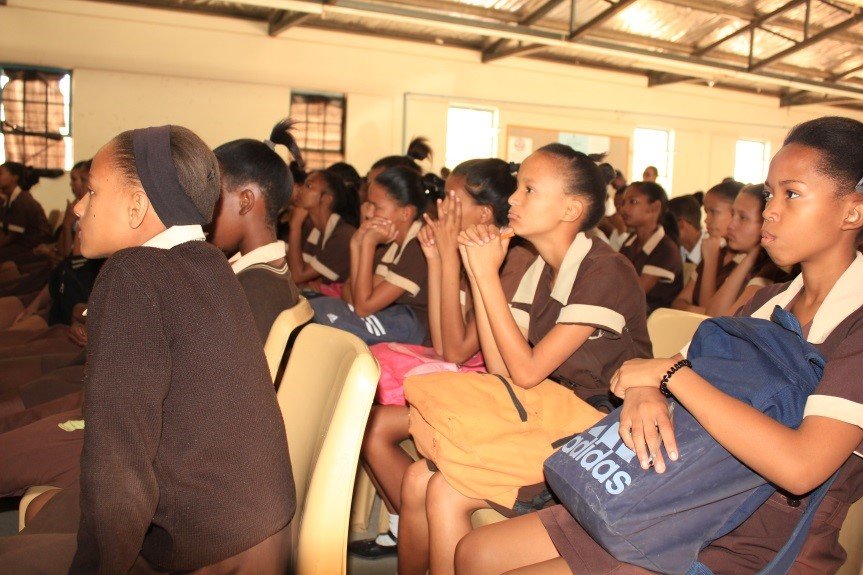 Students Learning From The Lucky Specials

In just one year since its global release, The Lucky Specials continues to entertain and educate communities with vital health information about TB. This recognition demonstrates the strong appetite for high-quality impact media initiatives set in a vibrant African context.

With the support of the Namibian Ministry of Health and Social Services during TB Awareness Week in October 2017, The Lucky Specials inspired an increase in tuberculosis prevention and testing in Namibia. Based on 2015 health data, Namibia is reported to have 12,000 new TB cases every year. In mid-February 2018, the film was broadcast by the Namibian Broadcasting Corporation and is expected to have reached millions of households, encouraging TB testing and follow-on treatment that can save thousands of lives.

In countries across Africa, the film continues to be promoted on television, online, and via radio. To date, it has been broadcast in 14 countries on three continents and is slated to reach millions more through continued broadcast and DVD distribution over this year and beyond. Its grassroots delivery approach has allowed for over 10,000 DVDs to be circulated through local and international NGOs, government agencies, and public health experts. In the near future, new television broadcasts are planned in Trinidad, Cameroon, Cote D’Ivoire, Swaziland, Botswana, Zimbabwe, Rwanda, and the Democratic Republic of Congo.

The awards and recognition from global film festivals have also continued.Recently, The Lucky Specials was designated as an Official Selection at thePan African Film Festival, the largest and most prestigious black film competition in the U.S., showcasing black film and art from around the world. And following a December 2017 broadcast in South Africa, which reached a national audience and millions of households, it was nominated by the 12th Annual South African Film and Television Awards (SAFTAS).

It’s not often that a film that is so enjoyable can make such a difference for so many, but for The Lucky Specials, its memorable acting and soundtrack, woven together with a powerful message, has been its secret for success! 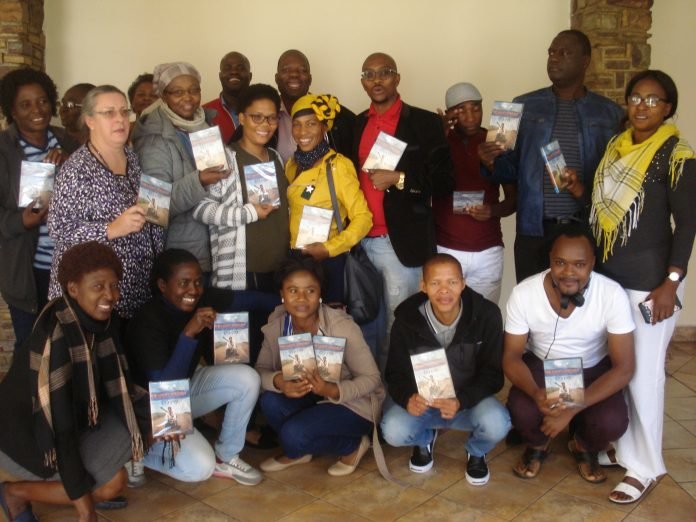 The Lucky Specials, an entertaining film about a young musician and his band's struggles to hit it big while also providing key information about TB prevention and treatment, is hitting it big in more than just theaters! In health clinics across Namibia, the Lucky Specials is being screened and played for audiences in efforts to educate them about the signs, symptoms, and essential treatment approaches of TB. Without prompt treatment, TB can be deadly and spreads rapidly. By showing the film in clinic waiting rooms and hospitals, viewers gain critical health information and can connect with health professionals immediately. In addition to health  clinics, community movie nights are being held in Uganda and other similar grassroots platforms across the region. Over 10,000 DVDS and facilitation guides have been distributed to local partners, international NGOs, and Ministries of Health across Africa as a communication tool for local tuberculosis programs. The Lucky Specials has held Major premiere events held in Johannesburg, Harare, Kampala, Maputo, London, Geneva, and Washington, D.C., and been broadcast to millions of viewers in South Africa and Kenya.

GlobalGiving
Guarantee
Donate https://www.globalgiving.org/dy/cart/view/gg.html?cmd=addItem&projid=21268&rf=microdata&frequency=ONCE&amount=25
Please Note
WARNING: Javascript is currently disabled or is not available in your browser. GlobalGiving makes extensive use of Javascript and will not function properly with Javascript disabled. Please enable Javascript and refresh this page.