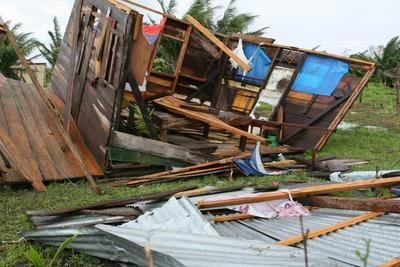 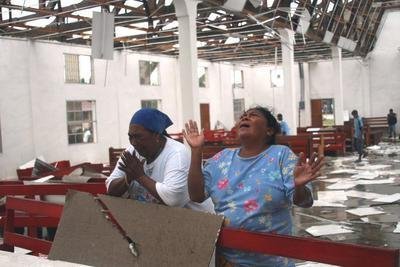 Efforts to rebuild in the wake of Hurricane Felix 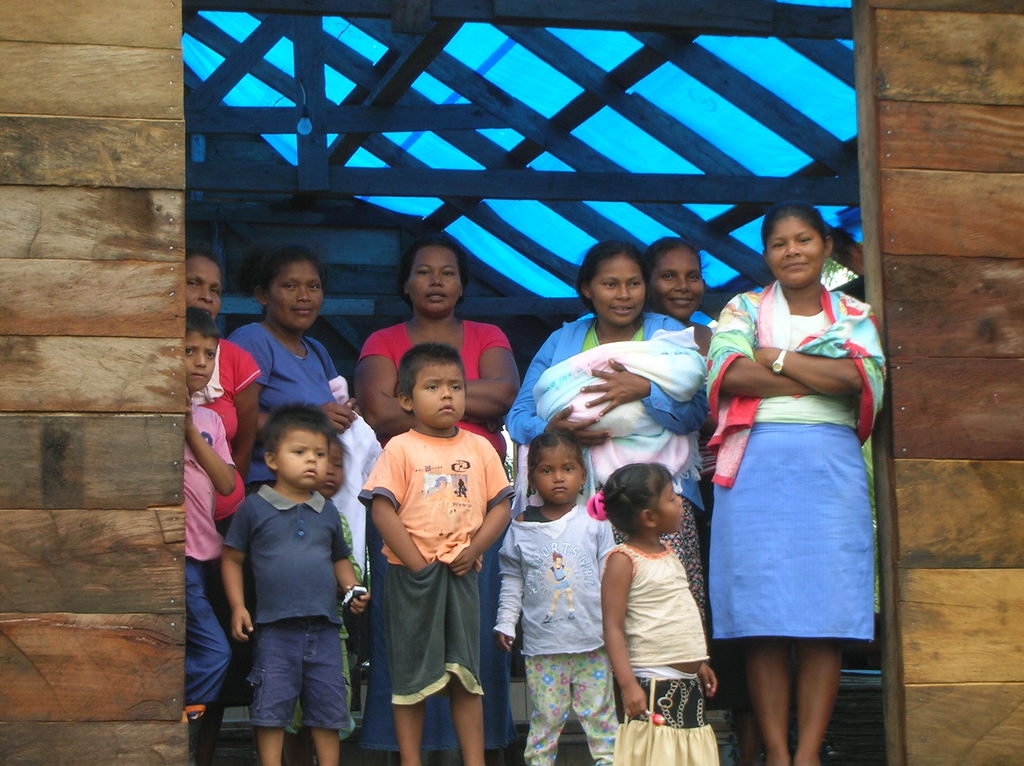 Miskita family waits for construction of new roof to be complete

In the months since Hurricane Felix dealt its devastating blow to Nicaragua’s North Atlantic coast, the area’s women and families, most of them Indigenous Miskita peoples living well below the poverty line, are still picking up the pieces. The storm hit just days before the annual harvest, wiping out local food supplies and all but eliminating hope for income generation in seasons to come.

The $273 in emergency relief funds raised by the Global Giving community was combined with funds raised from MADRE’s network of donors and sent directly to CADPI and Wangki Tangni, our sister organizations in the North Atlantic Autonomous Region, whose territories bore the brunt of the storm. MADRE also collected donated goods, such as emergency generators, water purification tablets, antibiotics, sleeping mats, clothes, bedding, mosquito netting, and many other items, to be shipped to Puerto Cabezas and dispersed amongst the people. In the city, MADRE volunteers with experience rebuilding post-Katrina New Orleans helped repair the roofs of community buildings, including three schools and a community center; in the rural areas of the municipality, farmers received hope for their depleted crops in the form of seed banks and tools.

Mirna Cunningham, director of CADPI, the Center for Indigenous Peoples’ Autonomy and Development, had this to say: “I am writing from Puerto Cabezas to thank you for being there for us at a time when we were most devastated by Hurricane Felix. Without support from friends like you it would have been much harder to gather the strength to move into high gear. In addition to emotional support, your support helped us to redo electrical systems, replace roofs, windows, doors; refinish and paint walls, floors; replace lamps, beds, sheets, towels, clothing; replenish medicines at the hospital; buy seeds for replanting food crops; and so much more.”

The area’s Indigenous Miskita women have seen their crops and communities destroyed by winds, rains, and floods. However, they are encouraged by the supply of seeds in their seed bank, and by their knowledge of MADRE’s commitment to support their communities, and have already begun to replant their gardens.

Thanks to 7 donors like you, a total of $523 was raised for this project on GlobalGiving. Combined with other sources of funding, this project raised enough money to fund the outlined activities and is no longer accepting donations.
You last donated to this project on 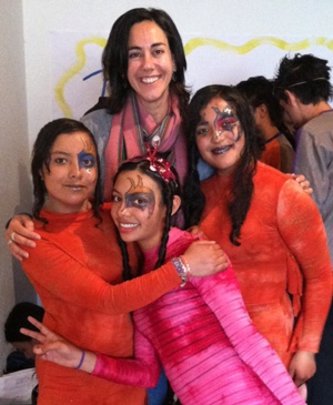 GlobalGiving
Guarantee
Donate https://www.globalgiving.org/dy/cart/view/gg.html?cmd=addItem&projid=1835&rf=microdata&frequency=ONCE&amount=25
Please Note
WARNING: Javascript is currently disabled or is not available in your browser. GlobalGiving makes extensive use of Javascript and will not function properly with Javascript disabled. Please enable Javascript and refresh this page.