Half a million farm animals died in barn fires 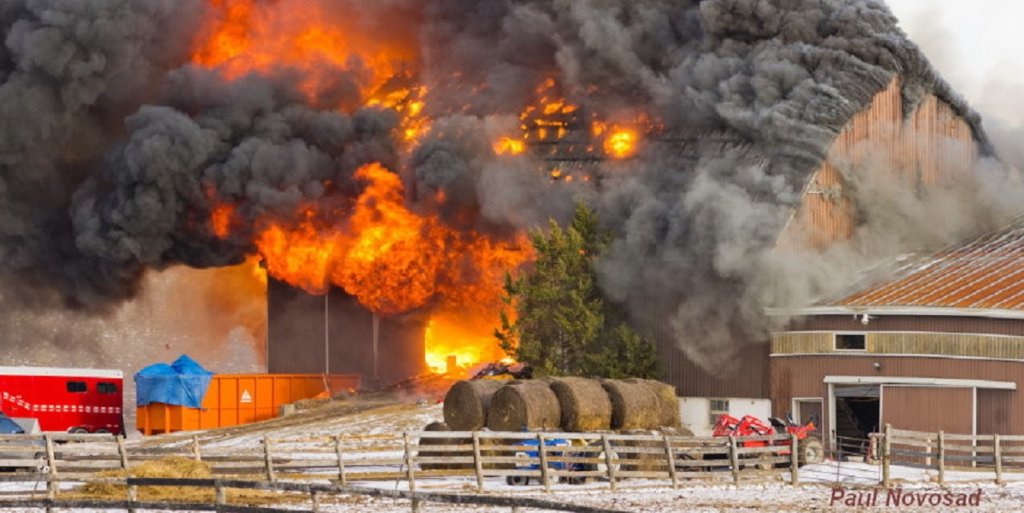 Almost half a million farm animals died in barn fires in Canada between January 2015 and November 2017. Many of these awful deaths could have been avoided with simple changes to farm building design and standards.

Canada needs better standards for the housing of farm animals, and now is the time to make the needed changes as the National Research Council (NRC) is currently updating the National Farm Building Code.

However, the NRC has no plans to include protection from fire for animals in the Farm Code update. In fact, the Canadian Commission on Building and Fire Codes, which is the NRC subcommittee working on this issue, has taken the position that animal protection is not an objective of the revised Farm Building Code.

How can it be justified to not take farm animals into account when working on a farm building code?

Experience has shown that, during a barn fire, it is very difficult and time consuming to evacuate animals from cages and stalls. Meanwhile, the response time of rural fire departments is substantially longer than that of their urban counterparts. Often, barns are already engulfed in flames when the fire department arrives. It is hard to fully comprehend the enormous scale of pain and desperation felt by farm animals as they struggle in vain to escape the burning flames and smoke. What we do know, however, is that in the case of most barn fires simple fire prevention methods could spare thousands of animals from this suffering.

Canada needs better standards for the housing of farm animals, and now is the time to make the needed changes.

We hope we can count on you.  Your dedication to animal welfare makes the work we do possible.

Your donation allows us to fight for the highest standards of animal welfare on Canadian farms.