Change the Lives of 240 Vulnerable Youth in Kenya 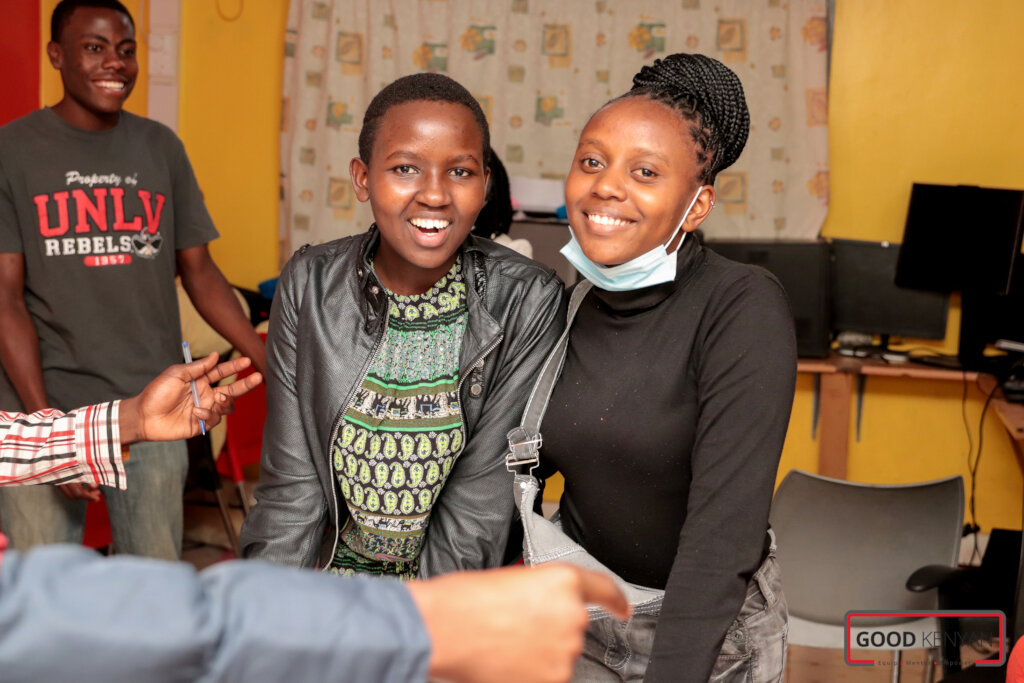 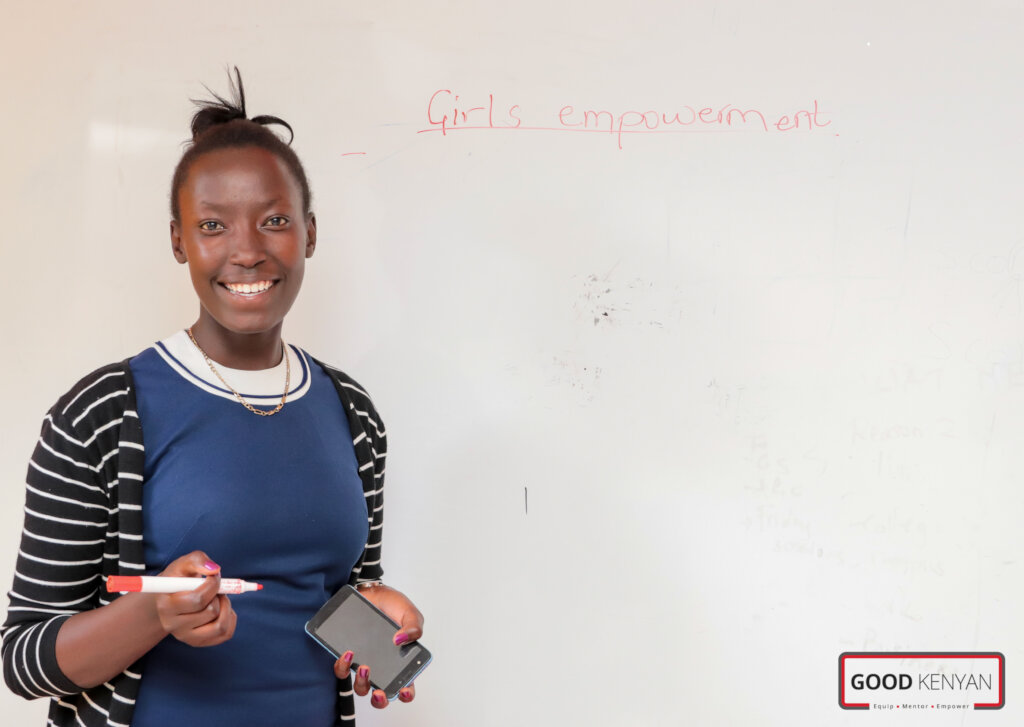 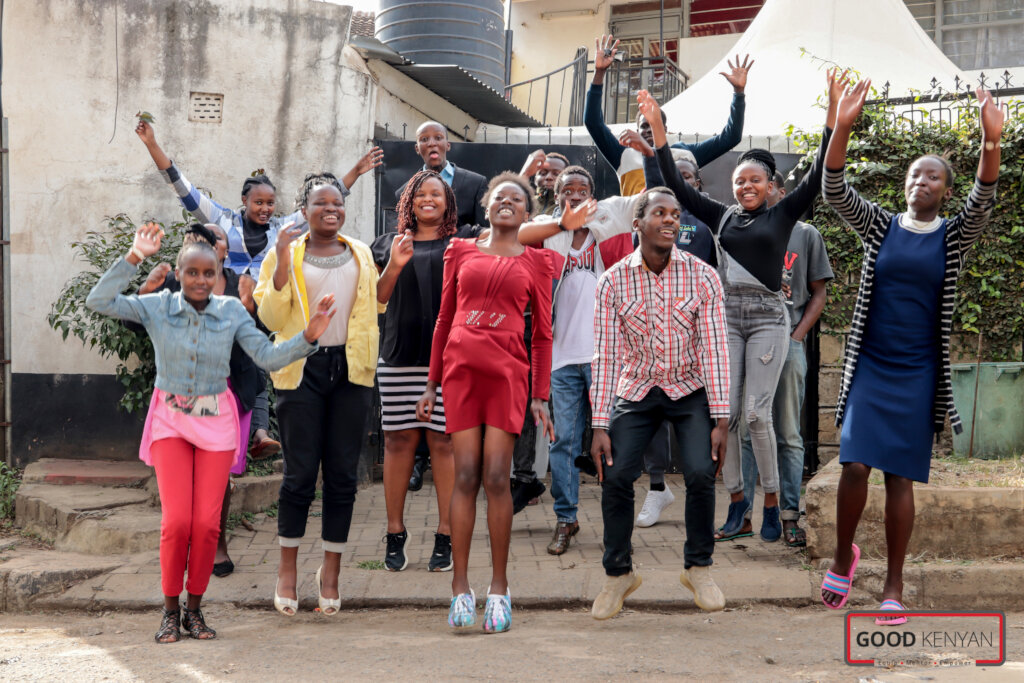 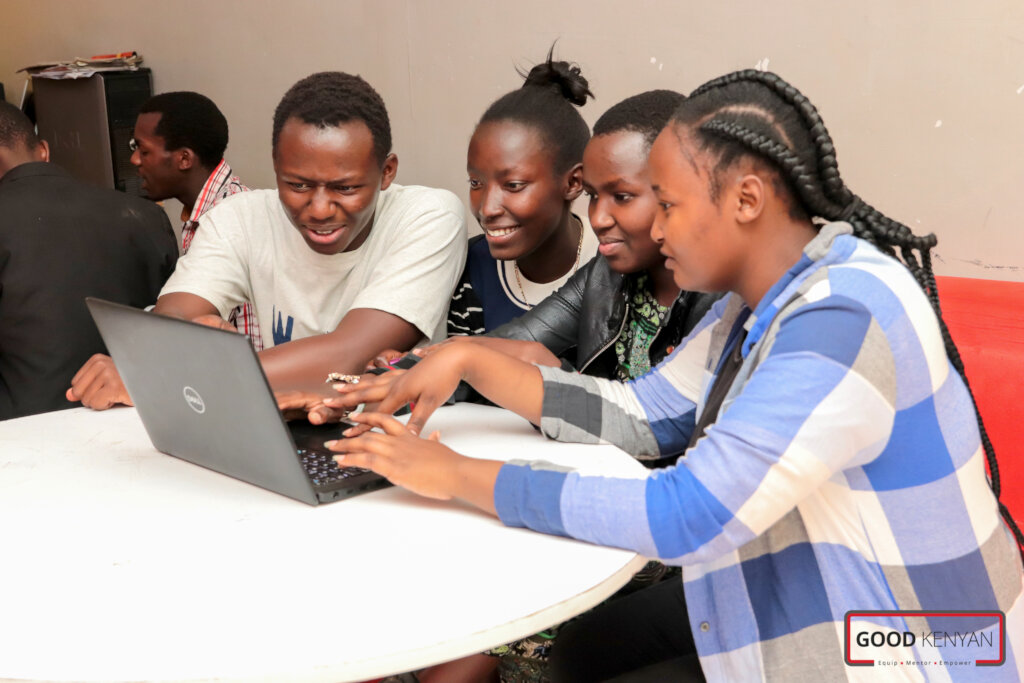 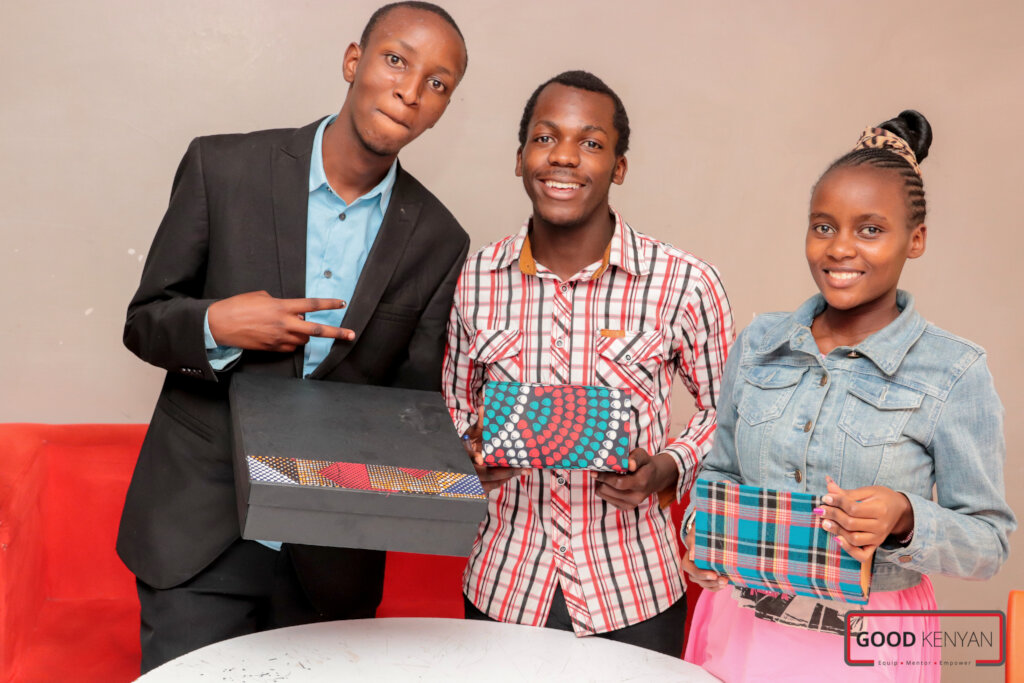 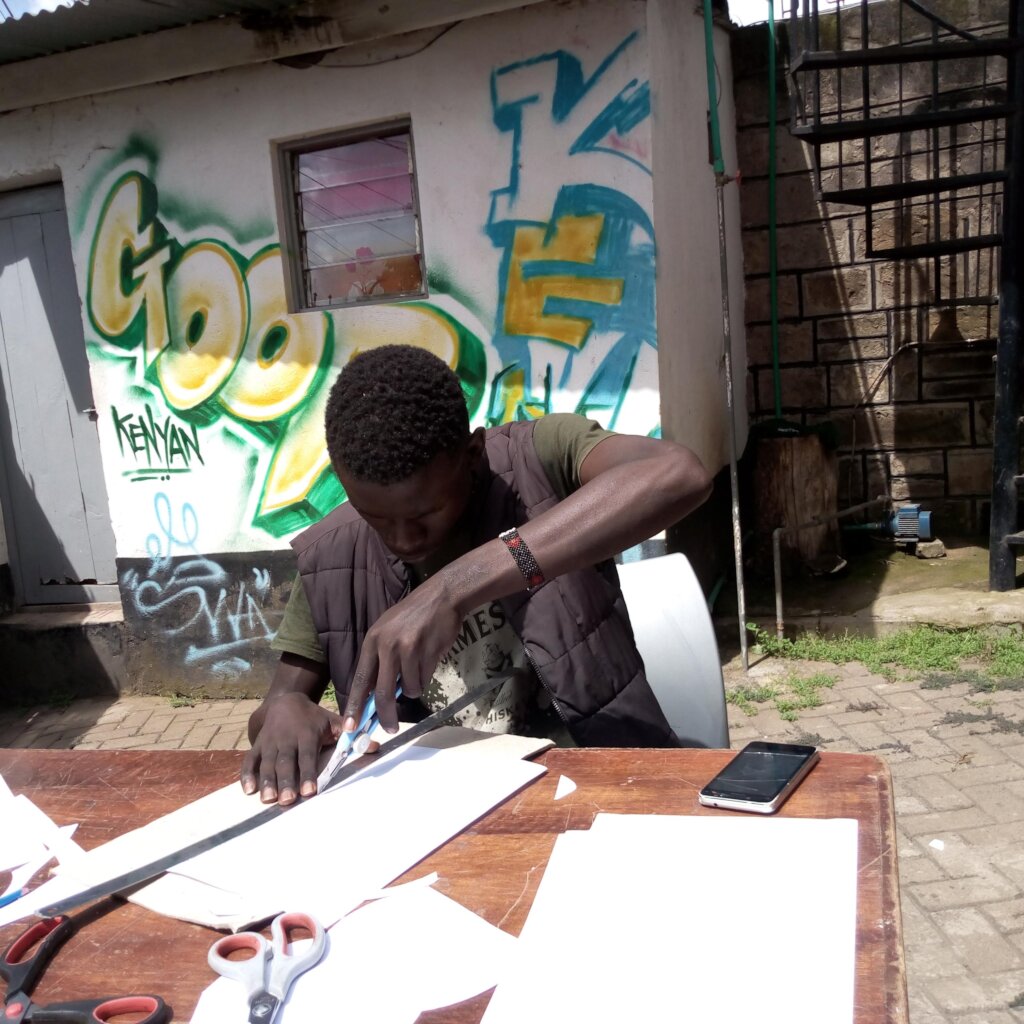 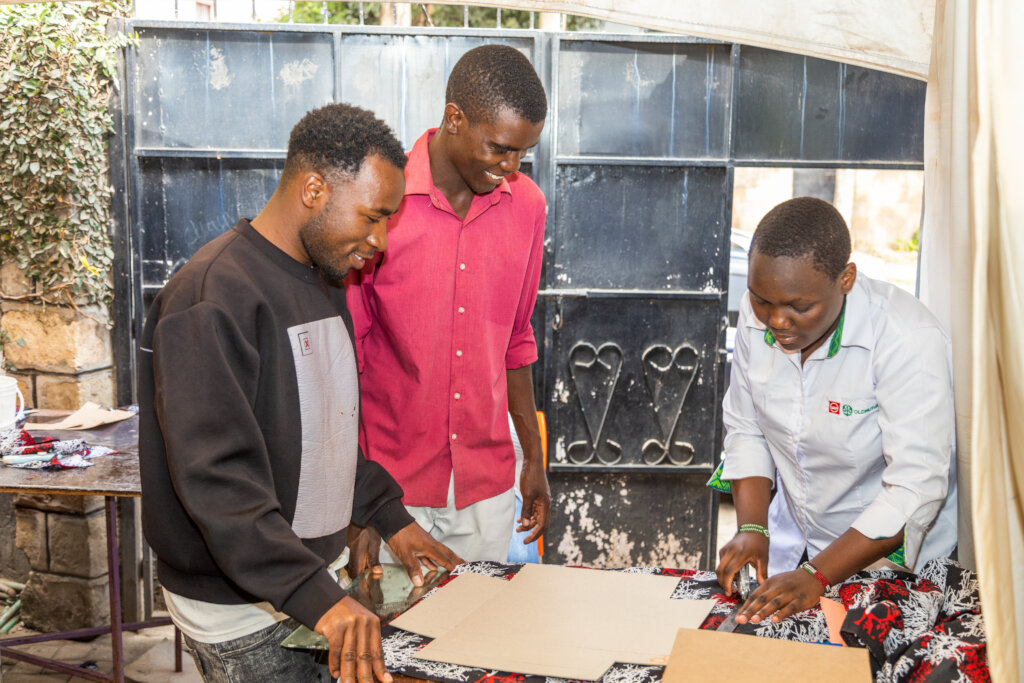 The Good Kenyan Foundation has worked tirelessly in the past year to equip and mentor youth from underserved communities to help them thrive in the next phase.

The year has seen the team innovate and bring together Good Kenyans who are willing to give and are seeking a platform to give in an accountable and structured manner.

The program has this year transitioned 75 youth, trained 75 professionals on mentorship, supplied packaging materials to corporates and consumers to make a difference in the life of the youth we serve.

The outreach activities for students began in July and peaked in August 2022 as the team sought youth from underserved backgrounds who were transitioning from High School. This was done through media circulations of the Application form and calling posters on various targeted platforms.

The team received a good response with 58 students showing interest. After vetting the applications, 48 were invited for interviews.

On the week of 11th October, the team hosted interviews at the Ngumo center where  37 students went through a rigorous interview process. This included an Art self-expression project and a panel session with the interviewees. The team encountered great talent and potential during this session and looked forward to a good cohort. The team also encountered a large number of local young footballers who wanted to learn from the program.

26 candidates were recruited from this exercise due to space, equipment, and resource constraints. The others were encouraged to re-apply for the subsequent cohorts.

The new trainees received a warm welcome to the Good Kenyan Family during the Opening Day on 17th October 2022. The trainees were accompanied by their guardians and were joined, at the center, by the Good Kenyan Alumni, Faculty, and team.

All the stakeholders shared encouraging sentiments with them and were present to answer all the questions that the trainees had. The parents also encouraged them to work hard and maximize the opportunity to change their lives.

The Program team also discussed their expectations of the new recruits; including the Rules of Engagement and the weekly schedule. The trainees learned the details of what the program would offer them in terms of skills, networks, and other opportunities.

The sessions for Cohort 13 kicked off immediately during the Opening Day. They had the orientation session for Basic Information and Communication Technology (ICT). They learned the objectives of the module, and the model of learning and were familiarised with the course outline. They expressed a lot of enthusiasm on this day, with a majority of the students having cited ICT as one of the major motivations to join the program.

For the rest of the week (18th Oct to 20th Oct), the youth had similar sessions with the other Facilitators for the Arts and Crafts Course, Basics of Entrepreneurship, and Life Skills Courses respectively. They met and interacted with the Facilitating team and got acquainted with the contents of the course.

The graduation ceremony set out to mark the achievements of trainees in the Mwanzo program from Cohorts 11 and 12. The ceremony was held on the 20th of October 2022 at ACK ST. Luke’s church in Ngumo from 10 am-1 pm. Cohorts 11 and 12 went through the program from January 18th-28th March and May 10th-5th August 2022 respectively.

In attendance were the parents/ guardians of the trainees, the mentors of the graduating trainees, volunteers, and supporters of the organization and the Good Kenyan team. Their mentors were also recognized and awarded an appreciation certificate for their time and effort toward mentoring the youth.

The Keynote speech was given by Sheilah Birgen, who is an Innovation and Strategy Specialist. She encouraged the youth to employ innovation as a core part of academic and entrepreneurial success.

Jeremy- a trainee from cohort 12 spoke at the ceremony and expressed how being part of the program has empowered him to become a more responsible person and credits life skills sessions for that. He also is appreciative of the ICT class and explained how he was able to apply for college with ease because of it.

Parent representatives from both cohorts commended the foundation for working with their children and conveyed the changes they have witnessed in them. Isabelle’s father (C11 parent representative) expressed his gratitude for the scholarship that was awarded to his daughter and how that has changed the trajectory of his daughter’s life in a positive way. He also added that his daughter is now outgoing and ambitious.

All graduating trainees were awarded two certificates of completion for Basic Information and Communications Technology course and another for Life skills, entrepreneurship, and Arts and Crafts.

Trainees who were the most punctual, responsible, and hardworking from both cohorts were recognized and awarded certificates that appreciated them for their outstanding commitment to the program.

The mentors were also awarded certificates of appreciation that recognized their dedication, time, and service to the mentorship journey with their trainees.

Seeds for Hope was also awarded a certificate to appreciate its partnership with the Good Kenyan Foundation which has allowed the foundation the opportunity to award scholarships to its trainees for the past three years.

A representative of The Seeds of Hope Foundation also awarded Isabelle (C11) and Grace (C12) with their scholarship certificates.

The mentorship journeys for cohort 12 trainees have been progressing smoothly with positive reports received from both mentors and their mentees. The mentors have been blending both virtual and physical meetings as they support the trainees making the transition to college and university.

One outstanding duo is Shadrak Biwot and his mentee Joseph. The two have made great strides in their journey and through the guidance of his mentor, Joseph settled on pursuing  criminology as a career. Through their mentorship reports, the mentee has expressed that he has a better understanding of how to handle his finances and to be patient as he transitions to college. Shadrak commends his mentee for the growth he has and expresses that their mentorship journey has been a learning opportunity for him as well.

James (Kyle), cohort 12 alumni featured in our last report successfully transitioned to university. He joined the Catholic University of East Africa in September and is pursuing a Bachelor’s Degree in International Relations.  He is enjoying his classes and reports that the mentorship at the organization created the dialogue that he needed to make the change from pursuing medicine to now pursuing international relations. His reports reflect that he is thriving in the public speaking aspect of the course and that the course feels like a good fit for him.

Isabelle- cohort 11 alumni was awarded the scholarship through the Seeds For Hope Foundation by the organization. During her time in the Mwanzo Program had expressed her passion for beauty therapy. The scholarship catered for her necessities and enabled her the opportunity to learn at Ralph Hairworks and Barber Shop. Learning from professionals in the field has allowed her the opportunity to hone her skills and expose her to new trends in the beauty space.

The Outreach for professionals with backgrounds from various industries in Kenya who were passionate about young people started earlier in the year and climaxed in October 2022. The media publications were posted on the Good Kenyan Foundation’s social media platforms and the team received many qualified applicants. The team will perform vetting, shortlisting, and onboarding in the coming weeks.

As a fundraising activity that is held annually by the Good Kenyan team, the Giving Tuesday campaign is a day that celebrates generosity towards worthy causes worldwide.

The summit exposed the team to new concepts, skills, and ideas that will make the campaign more fruitful. Some of the topics discussed at the summit included; Communication for Impact, Enhancing Your Digital Presence, and Partnerships for digital marketing and presence.

Internally, the organization constituted a team to help build a year-long campaign. The team included the Fundraising Board Committee, members of staff, and additional volunteers. The team dedicated Wednesdays for meetings and updates and has been able to do preparations ahead of the campaign. The team has since designed the #GiveGoodDoGood campaign that targets to raise $50,000 to reach more youth in Nairobi and Uasin Gishu counties in 2023. The expansion to Uasin Gishu will help reduce the cost per student significantly.

All the enrolled youth were equipped with Basic ICT, Basic Entrepreneurship, Life Skills, Art and Craftsjjjj, and other Soft Skills. They have all also undergone mentorship who are guiding them to reach their personal objectives.

Good Kenyan Foundation is grateful to all the members of the community who have contributed towards this project hence changing the trajectory of a youth's life. 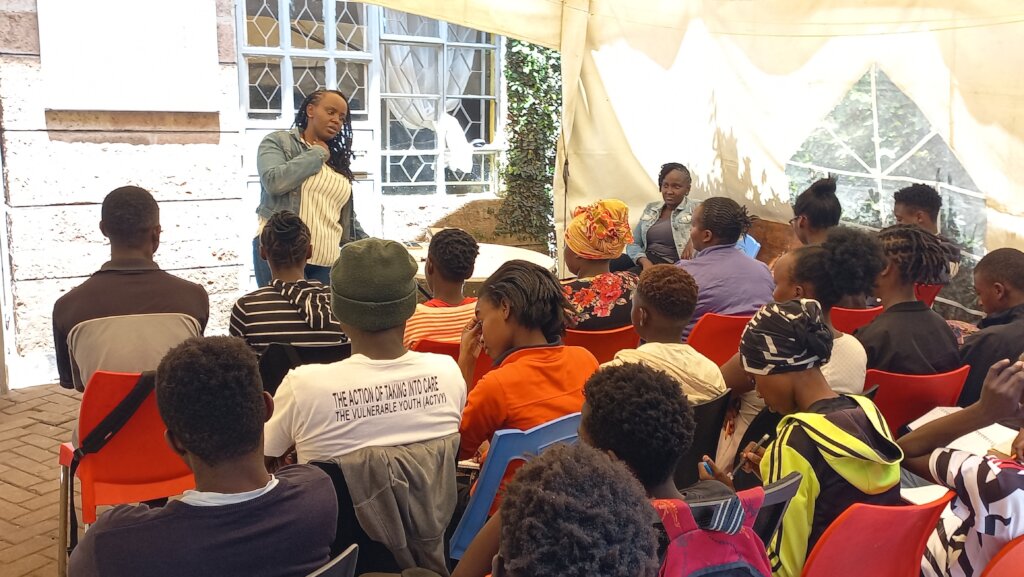 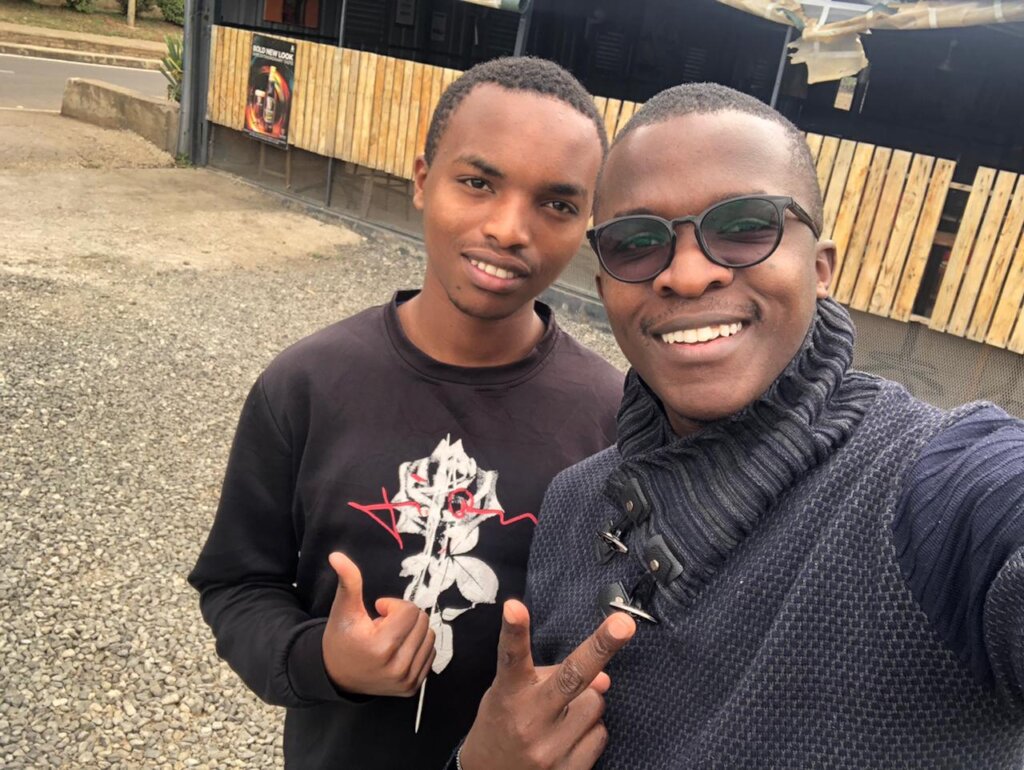 Shadrack and Joseph after a mentorship session 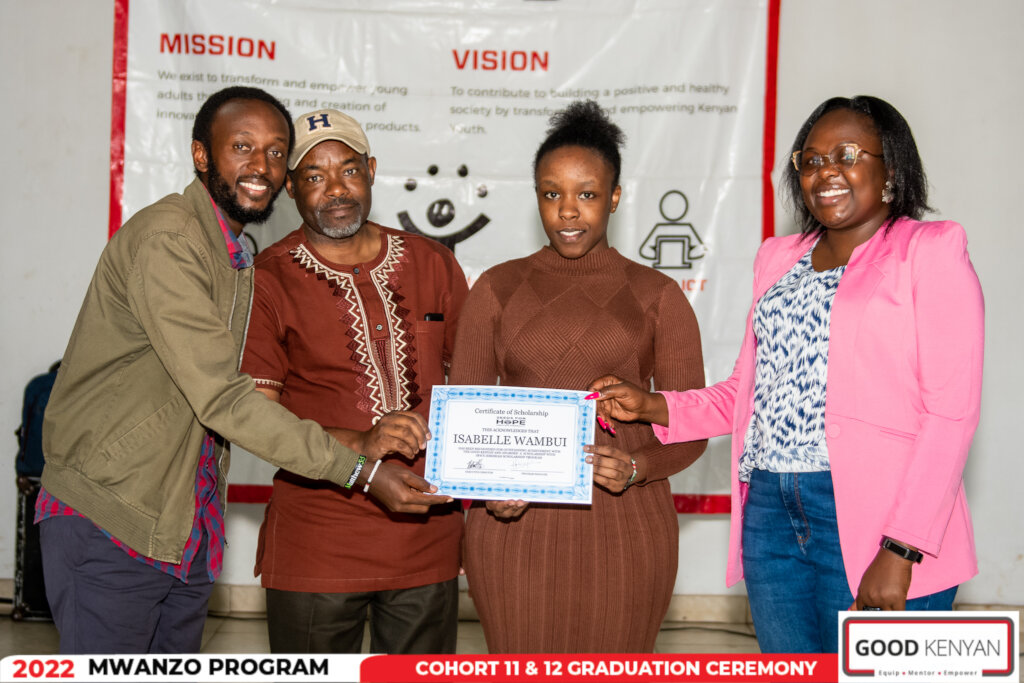 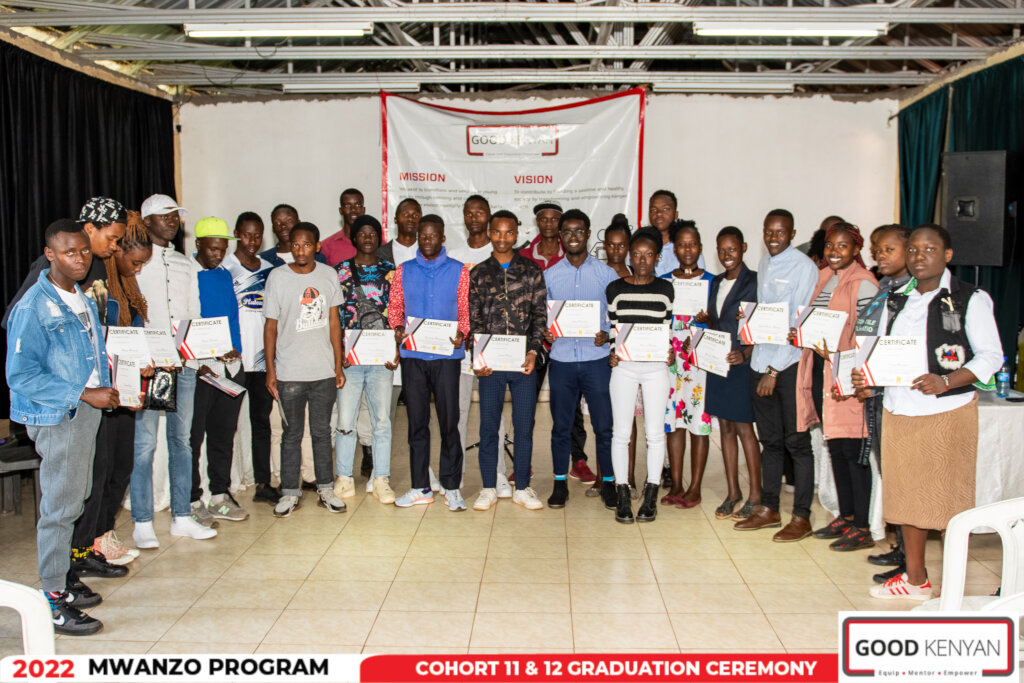 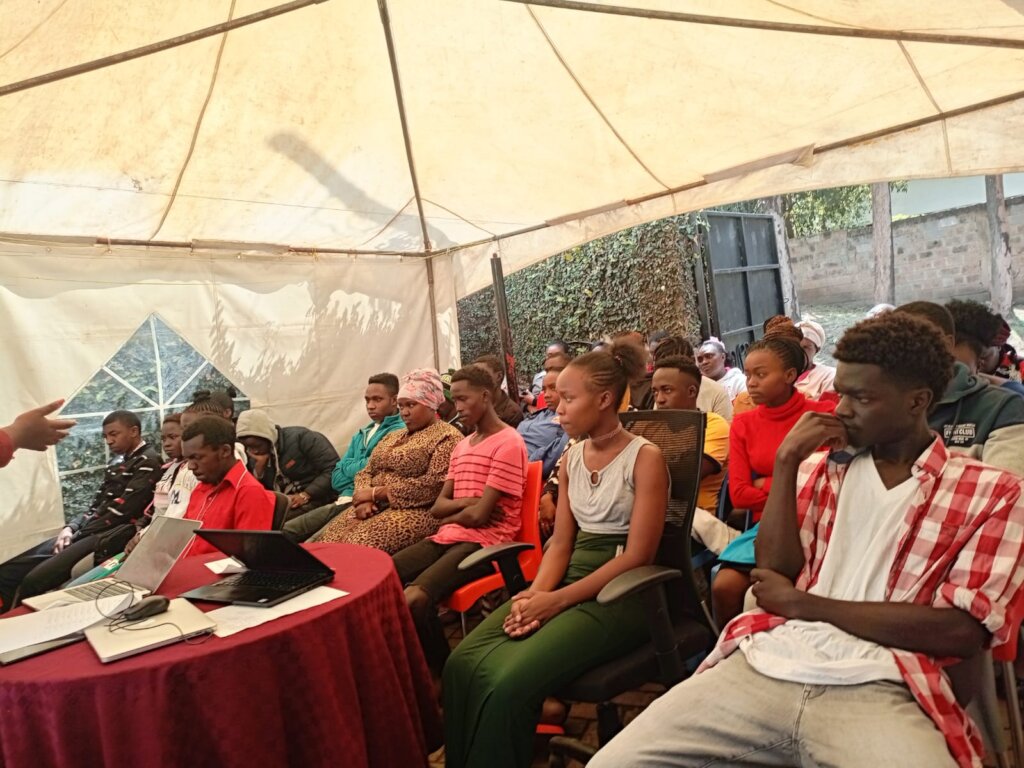 Support another project run by Good Kenyan Foundation that needs your help, such as: 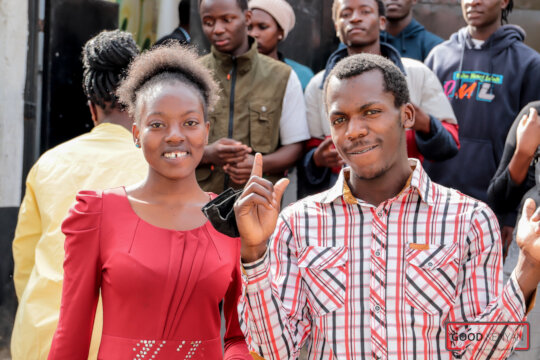 GlobalGiving
Guarantee
Donate https://www.globalgiving.org/dy/cart/view/gg.html?cmd=addItem&projid=54685&rf=microdata&frequency=ONCE&amount=25
Please Note
WARNING: Javascript is currently disabled or is not available in your browser. GlobalGiving makes extensive use of Javascript and will not function properly with Javascript disabled. Please enable Javascript and refresh this page.