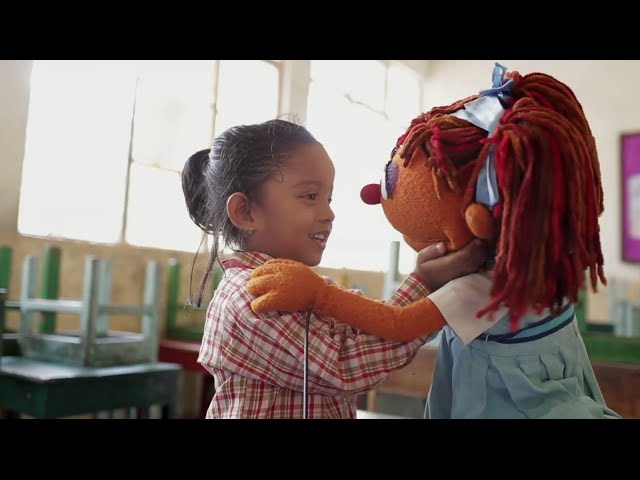 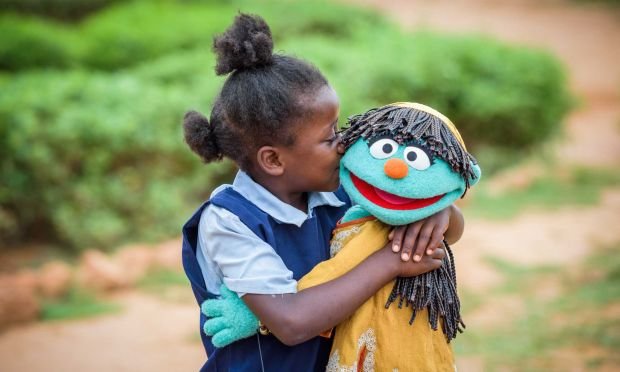 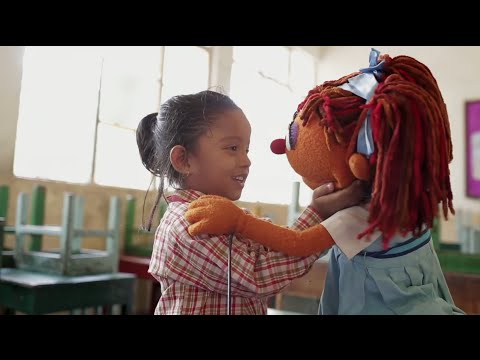 For this month’s report, we’re focusing on Bangladesh, where Sesame Workshop is bringing play-based learning to hundreds of thousands of children in and around the massive refugee settlement at Cox’s Bazar.

The persecution of Rohingya Muslims in Myanmar led to a mass exodus of this group, who already had limited access to educational services. By providing learning opportunities, we can support healthy child development during a time of disruption and trauma.

At the heart of this work are two very special brand-new Sesame Muppets—Noor and Aziz, 6-year-old twins who live with their family in a Rohingya refugee camp. Their design and backstories are rooted in Rohingya culture and informed by extensive research and input from Rohingya families.

Noor is a confident girl who believes that there is no problem too big for her to try to solve! She is deeply curious about how the world works. Her passion for asking questions and finding answers often inspires her and Aziz to try new ways of playing (and learning).

Aziz is a natural performer and storyteller; he loves to use his imagination to create and act out stories about kings, queens, and animals. His creativity sometimes distracts him from accomplishing a task, but Noor and friends help him focus. He enjoys assisting others with tasks like household chores and values the importance of helping his family and friends.

Noor and Aziz were both created with an intent towards modeling gender equity in their personalities, interests, and interactions. When deciding how old the Muppets should be, the Sesame Workshop team had to consider the dynamics that occur when a boy is the eldest child in a family, as well as when a girl is the eldest. There are gender stereotypes that come into play for caregivers, such as older sisters taking care of their younger brothers (and sometimes putting their brothers’ care and interests before their own). We wanted our characters to be able to interact with one another without those factors, so that they could engage in learning and play, and be effective role models of positive social behaviors.

Representation is crucial, not just in the behavior and personalities of the new Muppets, but in their design as well. Rohingya children will know from the Muppet’s hair styles, clothes, and skin tone that they are representatives of their community.

Noor and Aziz will appear in a series of 20 five minute segments, covering topics related to Math, Science, Social Emotional Learning, and Health & Safety. They will be filmed in a set that resembles a Humanitarian Play Lab, which is the educational space that many Rohingya children attend in Cox’s Bazar. This recognizable setting will hopefully allow Rohingya children to personally connect more with the location, in addition to seeing Rohingya representatives on screen in Noor and Aziz.

Find another project in Afghanistan or in Gender Equality that needs your help.
Find a Project