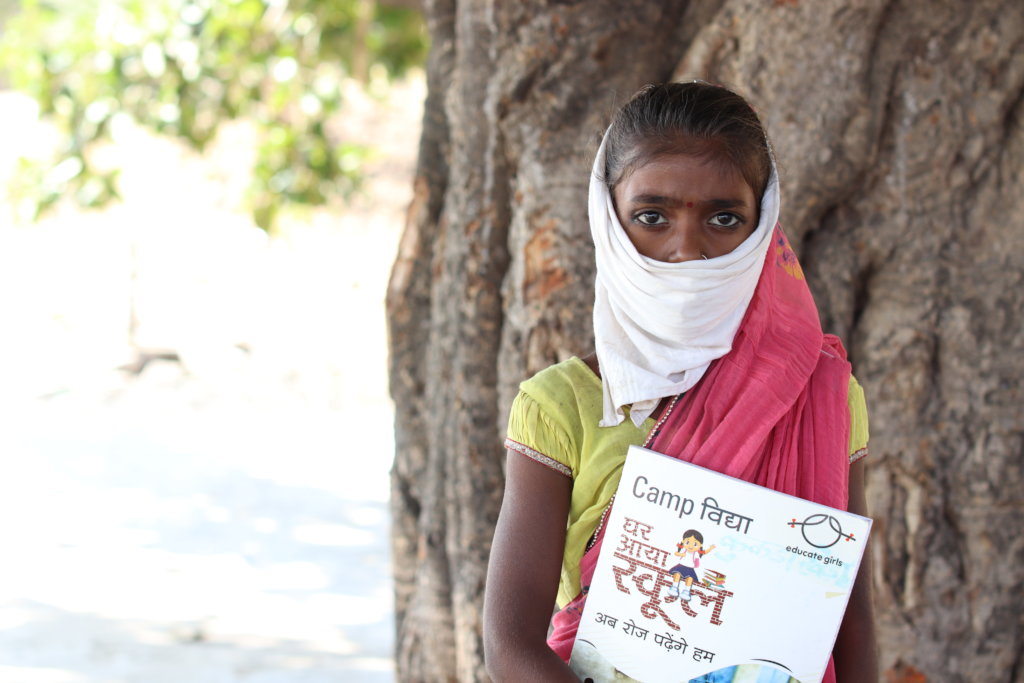 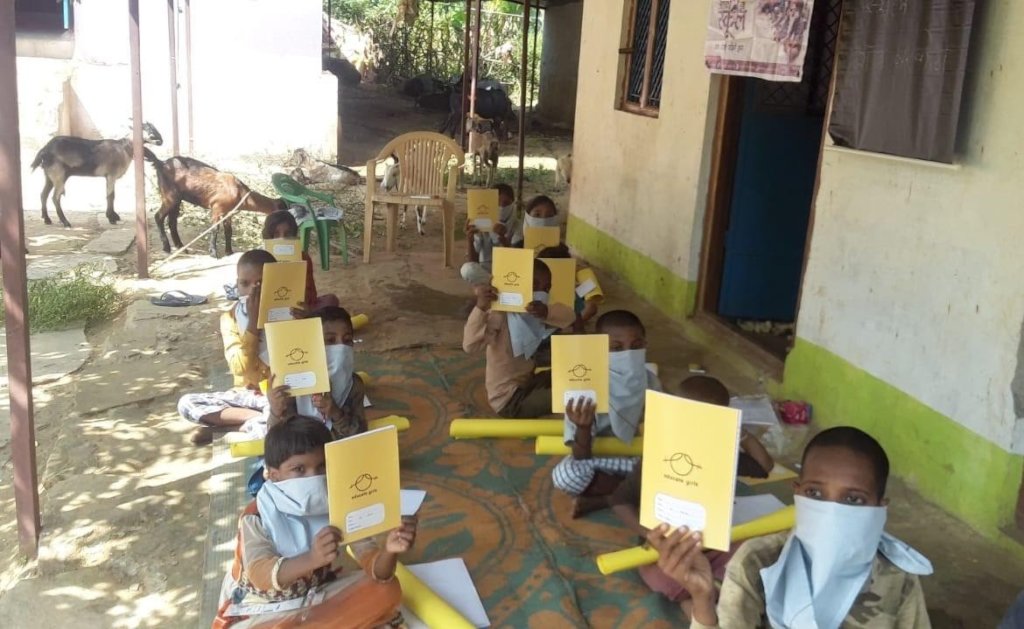 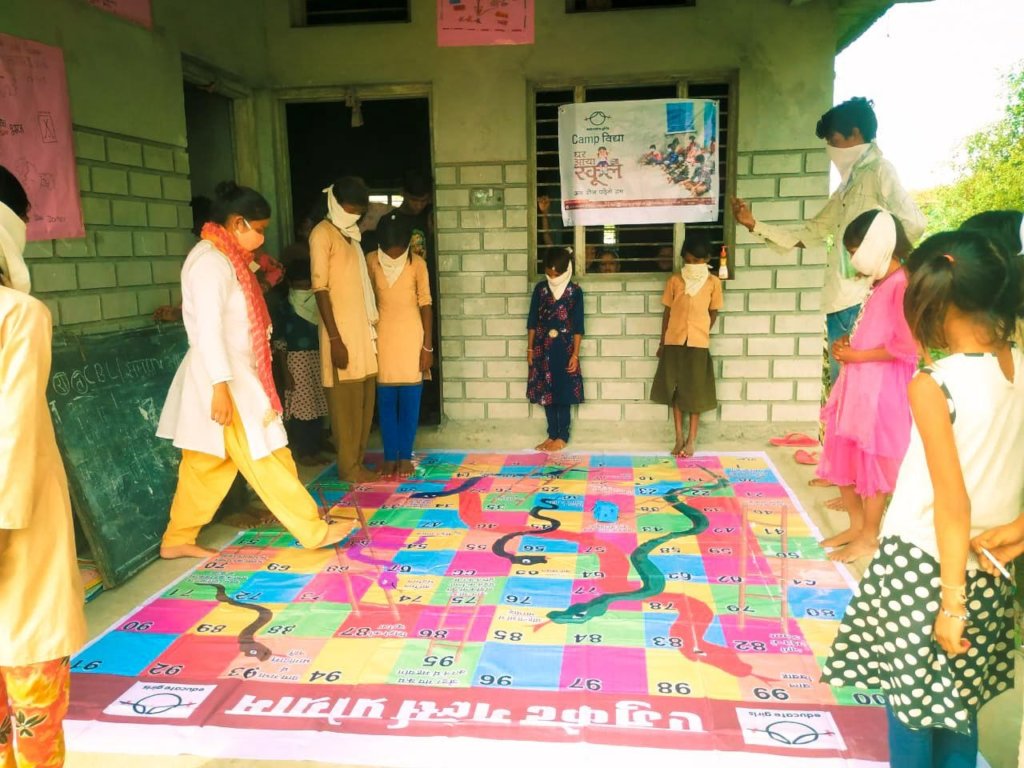 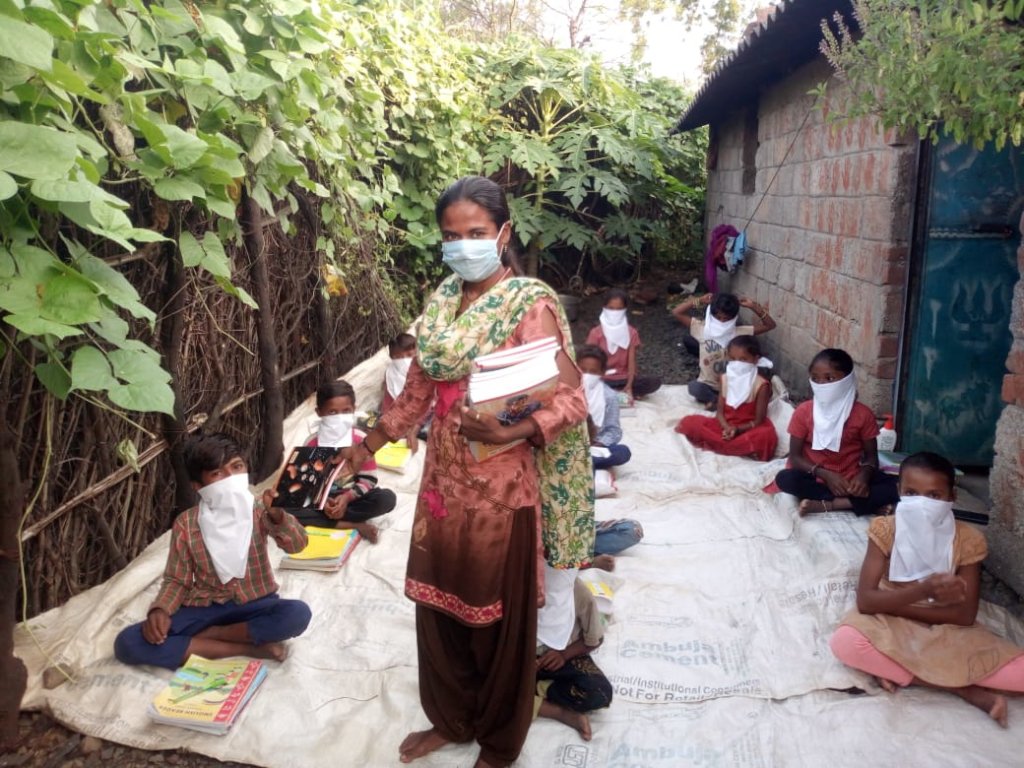 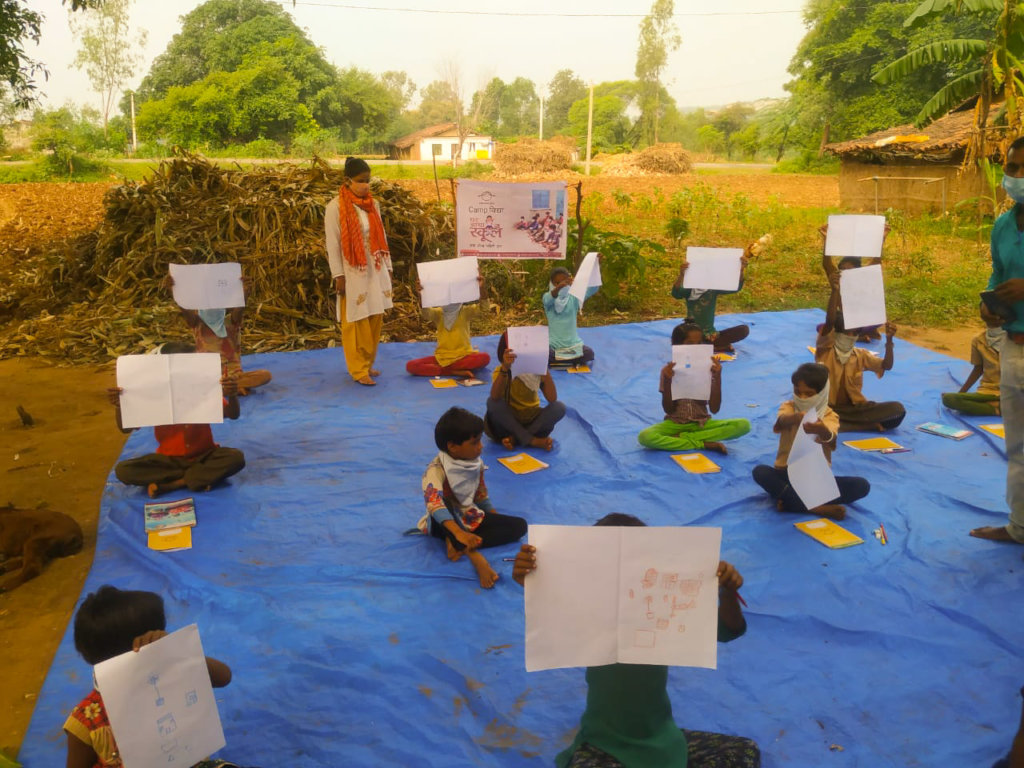 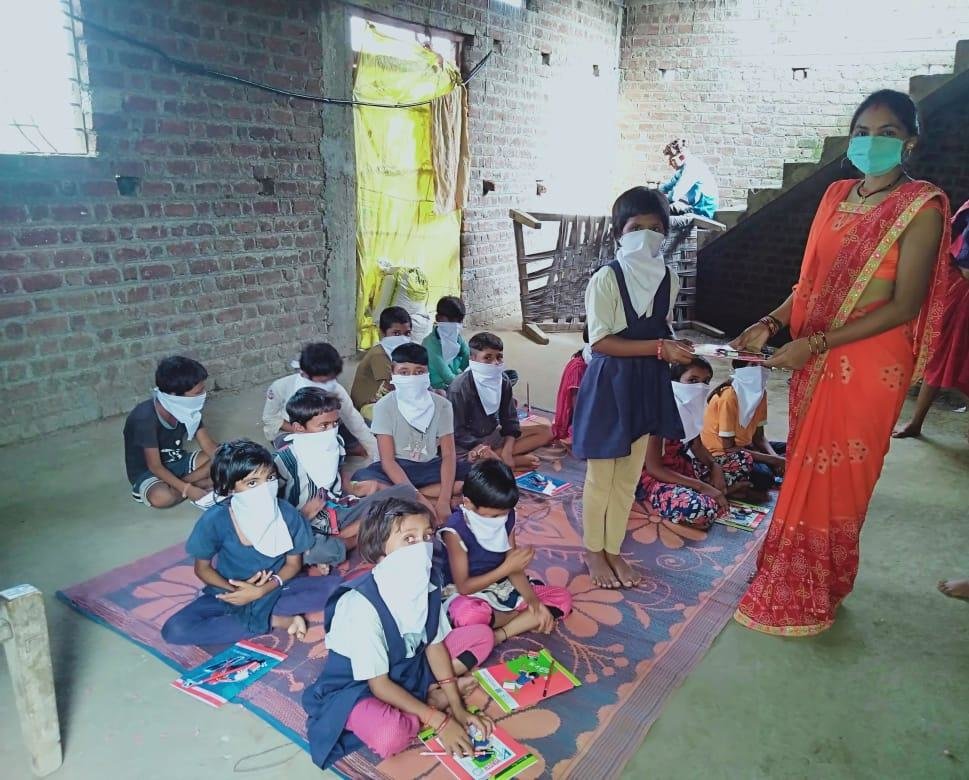 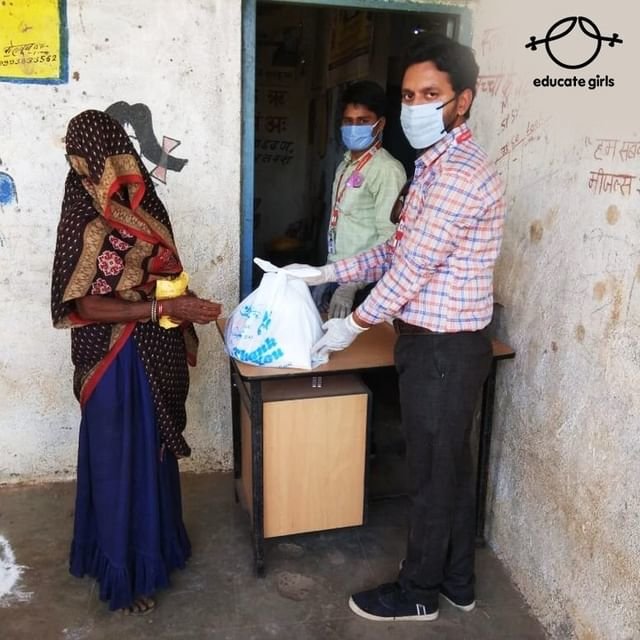 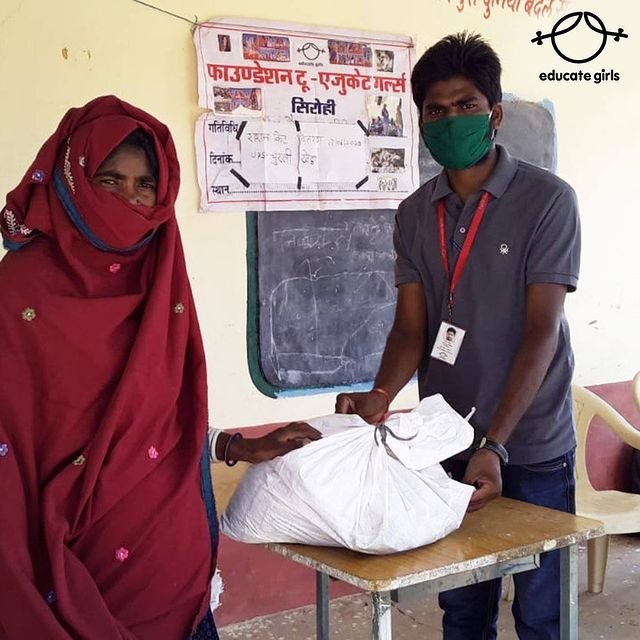 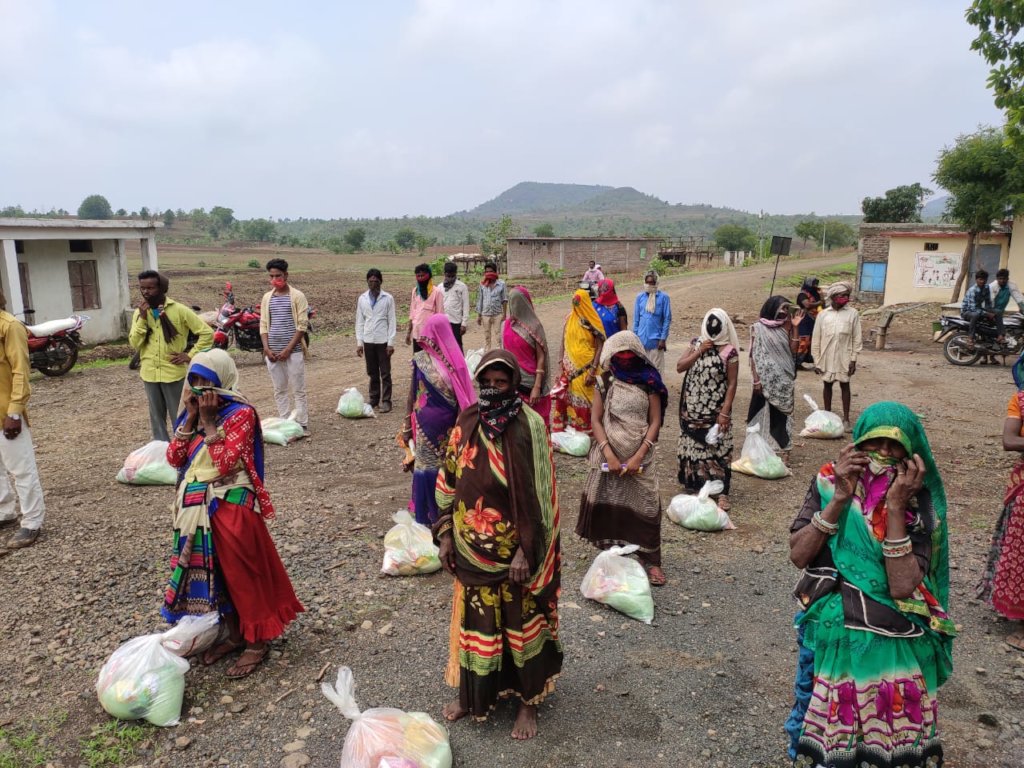 Relief kits give some solace to Bhuribai's family 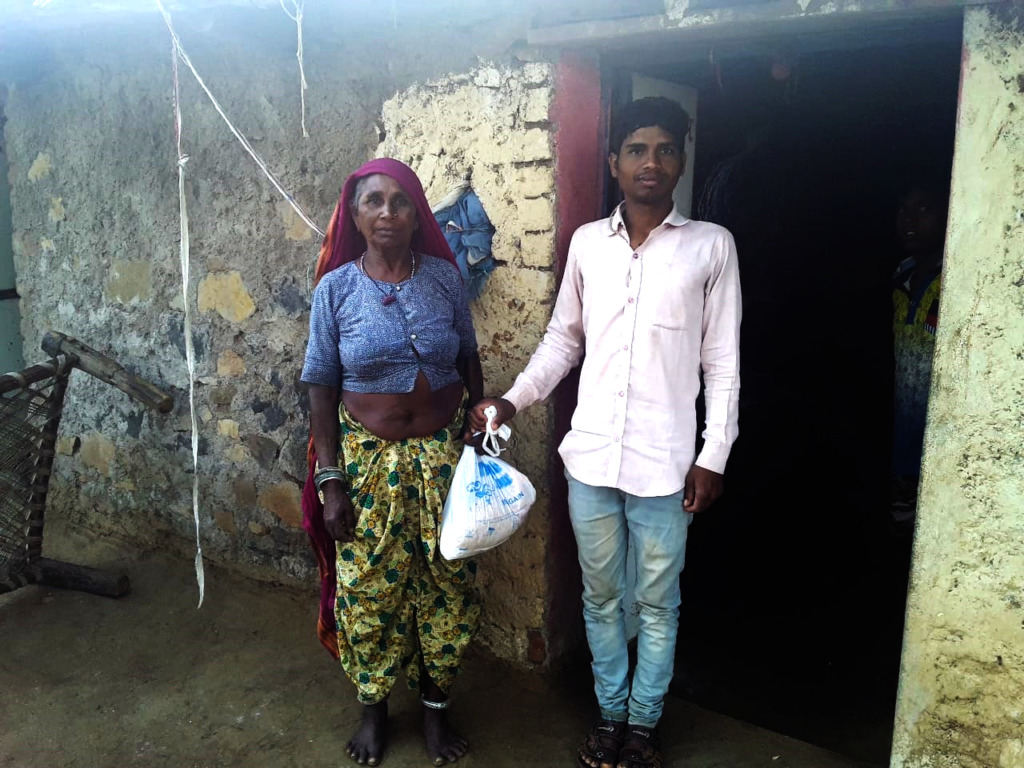 The world is still battling the direct & indirect effects of the pandemic and the impact has been disruptive across the globe. In India, the pandemic has destroyed both lives and livelihoods, and rural India has been hit the worst. 85-year old Bhuribai who lives in a remote village in Jhabua district of Madhya Pradesh is one of the thousands of people affected by the pandemic.

Bhuribai is a widow and has two sons who migrated to Gujarat state in search of better employment opportunities. Her only source of income was selling vegetables in a nearby town that she grew in her backyard. The meagre money she made from that was enough for a meal per day. When the pandemic hit India, the government announced a nation-wide lockdown and Bhuribai was restricted within her village. With her financial crisis at its peak, her son also returned to the village along with his family due to a lack of daily-wage work. Bhuribai now was responsible to feed 4 more people and there was not even a single grain in her house.

As they lacked education, none of her family members were able to gather information regarding the various relief schemes offered by the Government. Educate Girls works with underprivileged families like Bhuribai’s across Rajasthan, Madhya Pradesh and Uttar Pradesh in India.

Educate Girls used an analytical approach to identify 1,000+ villages which were in dire need of additional support. These villages showed a high concentration of out-of-school-children (OOSC) and the supply of essentials like groceries, medical supplies, etc. was barely trickling down to these settlements.

Once identified, Educate Girls distributed Welfare Kits which included flour, sugar, salt, soya bean, chickpea lentils, red gram, refined oil, red chilli powder, turmeric, coriander powder, and soaps for washing clothes and bathing. The kits were distributed among the households identified where the families who weren't included under the public schemes due to lack of documentation and hence could not avail the Government's schemes for COVID-19.

Educate Girls’ Field Coordinator Nahtia and Team Balika (community volunteer) Kamlesh, with the help of local authorities, prepared a list of the most underprivileged families in the village, where Bhuribai's family appeared on top. Educate Girls distributed ration kits to 148 other families in her village.

“The situation had been terrible in these times. We have worked hard all our lives just to earn one meal but this uncertain pandemic has brought a halt in our lives. I will be ever grateful to Educate Girls for helping us put some food on our plates” asserts Bhuribai on receiving the ration kit. 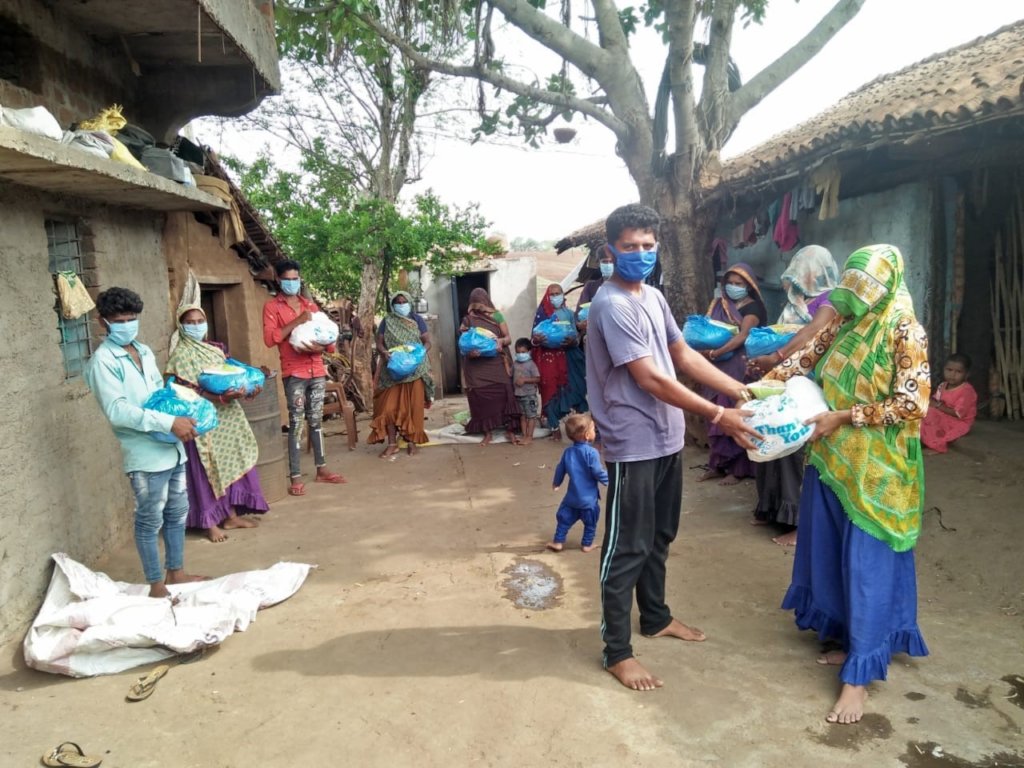 Siblings Find a Way to Learn through Camp Vidya! 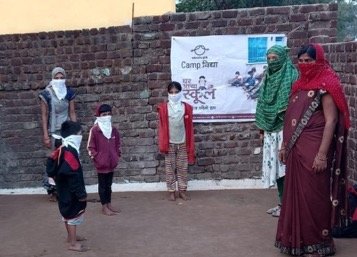 Siblings Kriti, Surbhi and Ankit* went to a primary school in their village in the Khandwa district of Madhya Pradesh. However, after the government temporarily closed educational institutions to contain the spread of the COVID-19, their studies stopped abruptly. While their elder sister Kriti was busy helping their mother with the household chores, Surbhi and Ankit spent their time playing. Their family decided to keep Kriti at home and help them even after the schools reopened, and Surbhi and Ankit also made up their mind not to go to school again.

"I was worried about the children as they were not interested in studying again. Even when I asked them to study, they refused because school were closed," shared their grandmother. Educate Girls began their community-based learning camp called Camp Vidya in their village and the local Team Balika (community volunteer) Gaura reached out to every household to form study batches.

"I went to Kriti, Surbhi and Ankit's house and told their family about the camp. I urged them to send their kids to this camp so that they can continue their studies. However, with the ongoing COVID situation and concerns over safety, they refused to send their kids for the camp" said Gaura.

Due to the family's hesitation, Gaura decided to take their family to the camp. She showed and explained to them the precautions the Organisation is taking while teaching.

"Gaura didi took my family and us to the camp. We saw our friends wearing masks and washing hands as soon as we entered the camp area. They were sitting at a distance of about 1 metre, and we observed Gaura didi teaching them with her phone," shared Kriti.

After seeing that Educate Girls' Camp Vidya follows all the safety precautions, the family agreed to send their children to the camp.

"These kids are now studying in the common courtyard of our village. They are given notebooks, books, pencils, pens, colourful drawing sheets and more, and taught through games and mobile app. I am extremely happy to see them studying again," shared their paternal grandmother. "Now, they are very excited to go to the camp and study with their friends. They attend the camp very regularly and study with 12 other kids. I am hopeful that they will go to school again whenever it reopens," she added.

*Names changed to protect the identity of the minors. 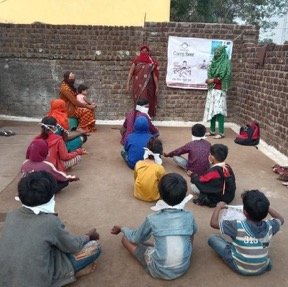 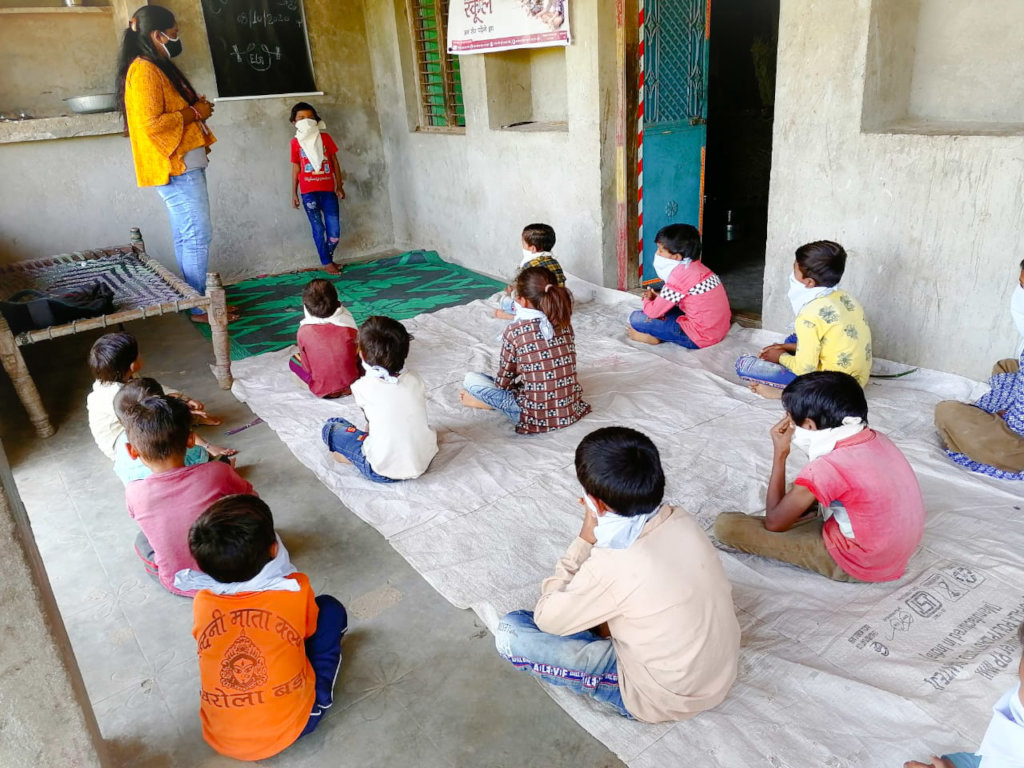 Find another project in India or in COVID-19 that needs your help.
Find a Project

GlobalGiving
Guarantee
Donate https://www.globalgiving.org/dy/cart/view/gg.html?cmd=addItem&projid=48865&rf=microdata&frequency=ONCE&amount=25
Please Note
WARNING: Javascript is currently disabled or is not available in your browser. GlobalGiving makes extensive use of Javascript and will not function properly with Javascript disabled. Please enable Javascript and refresh this page.