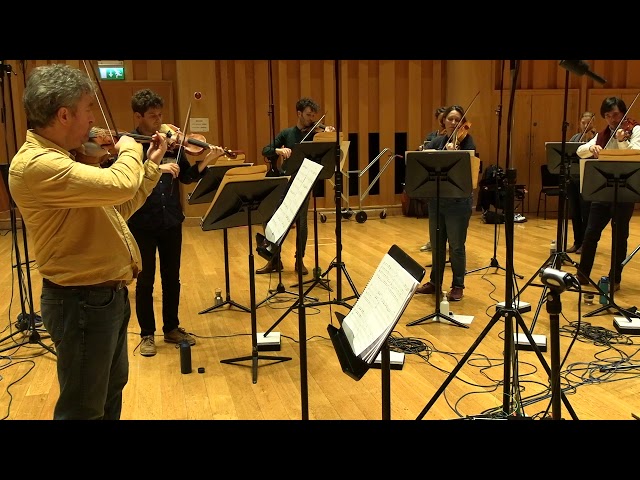 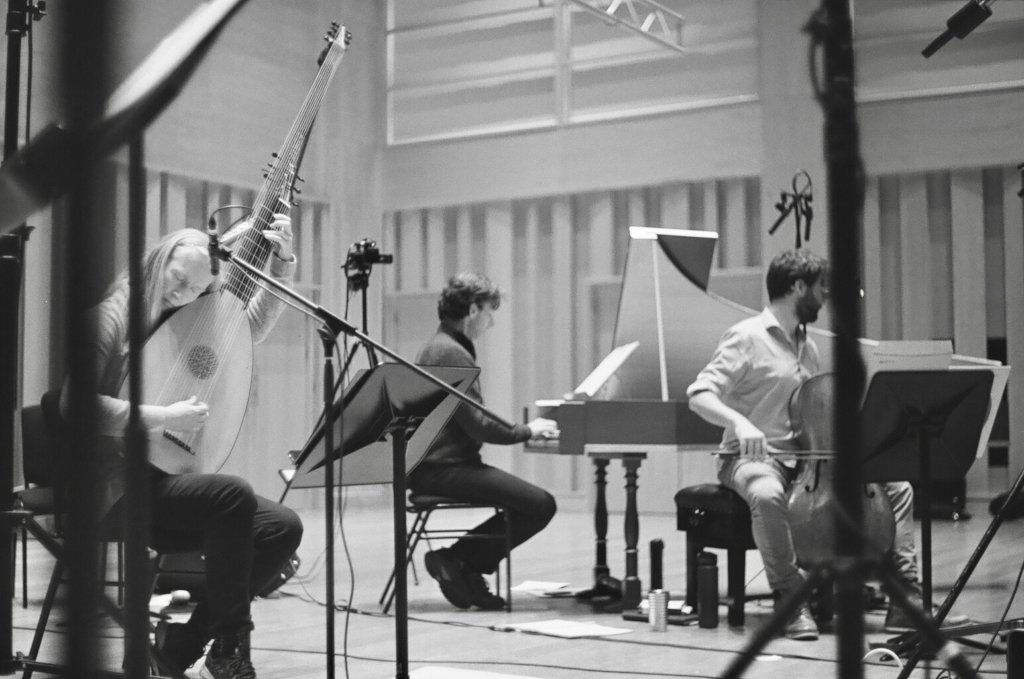 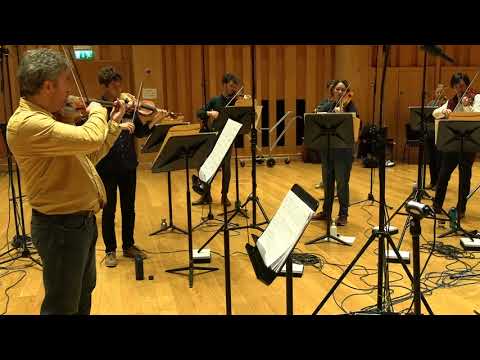 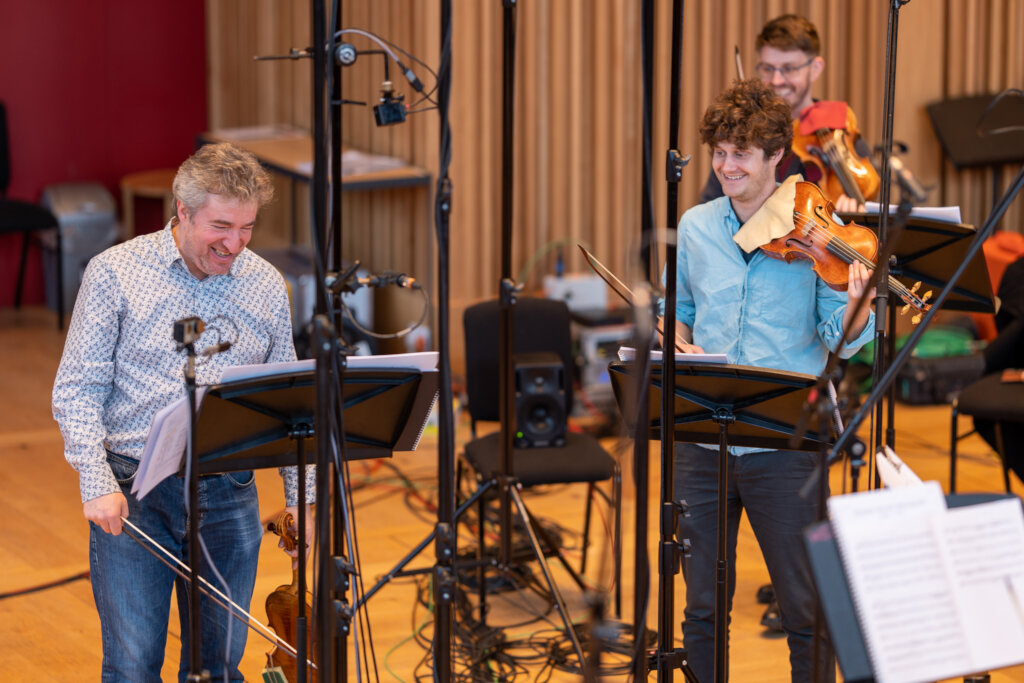 We are excited to confirm that Brescianello Opus 1 Volume 2 has been successfully recorded in Cedars Hall, Wells during February and we look forward to releasing the album next year on Signum under the title Brescianello Unlocked.

Adrian and team did an amazing job of working through the concertos and sinphonias at some pace alongside engineer Dave Rowell (Filo Classical) and Simon Fox-Gal (who was producing the sessions from his home in Greece). The group also added a fantastic orchestral suite in A Major to the disc.

We encourage you to check out the clips from the sessions created by keyboard player Robin Bigwood on our YouTube channel (links below) and you can see a selection of his photographs here as well.

We are extremely grateful to everyone for supporting this project, the music of Brescianello is gathering new fans thanks to your support.

With all good wishes 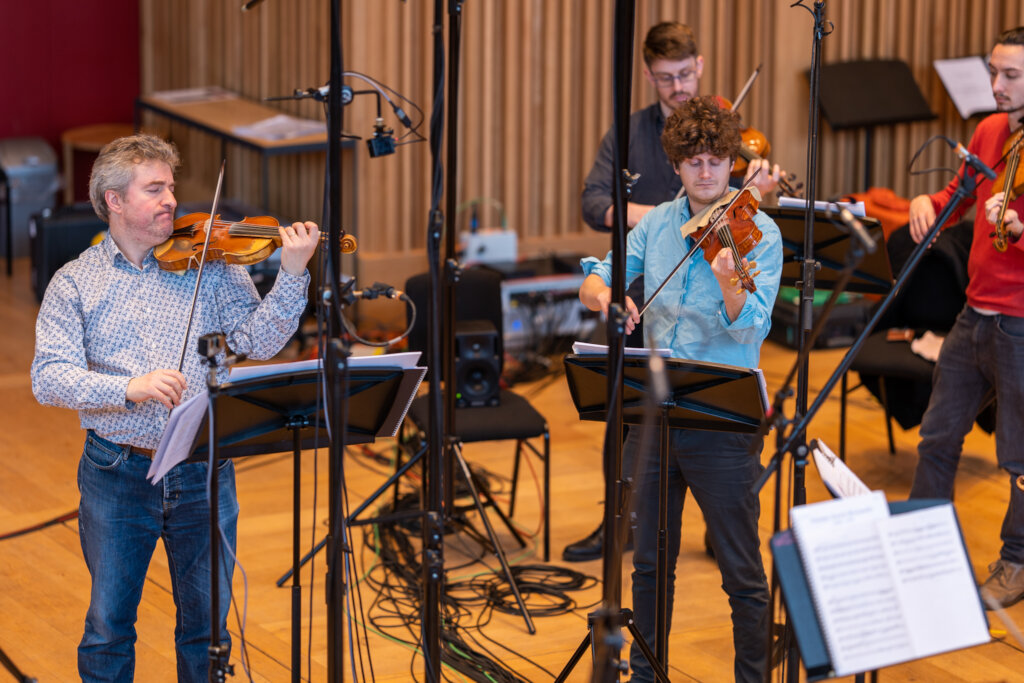 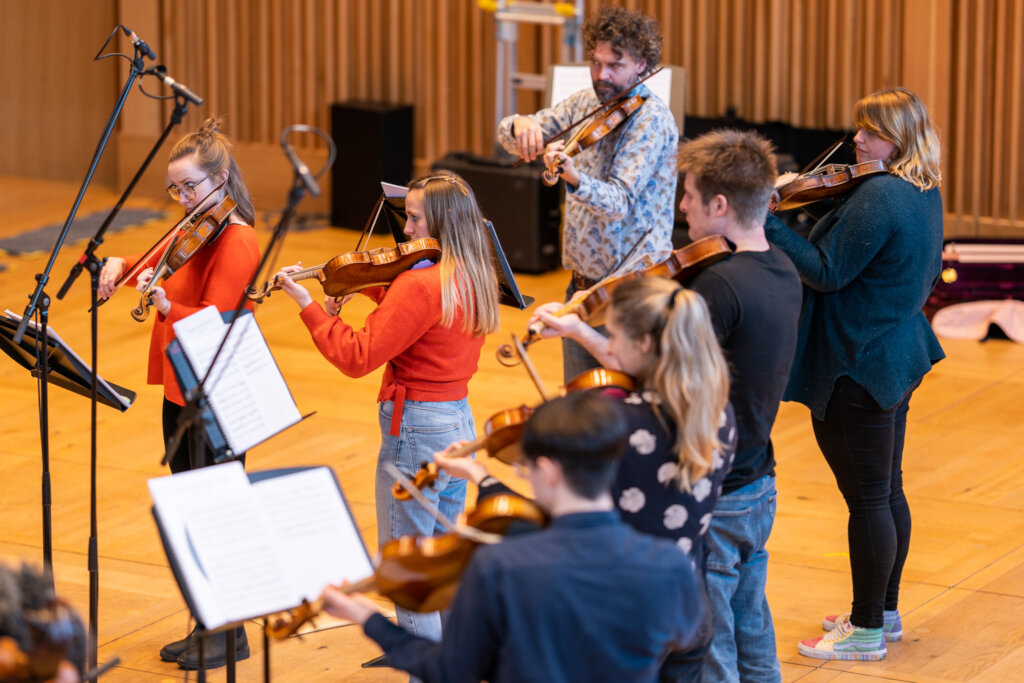 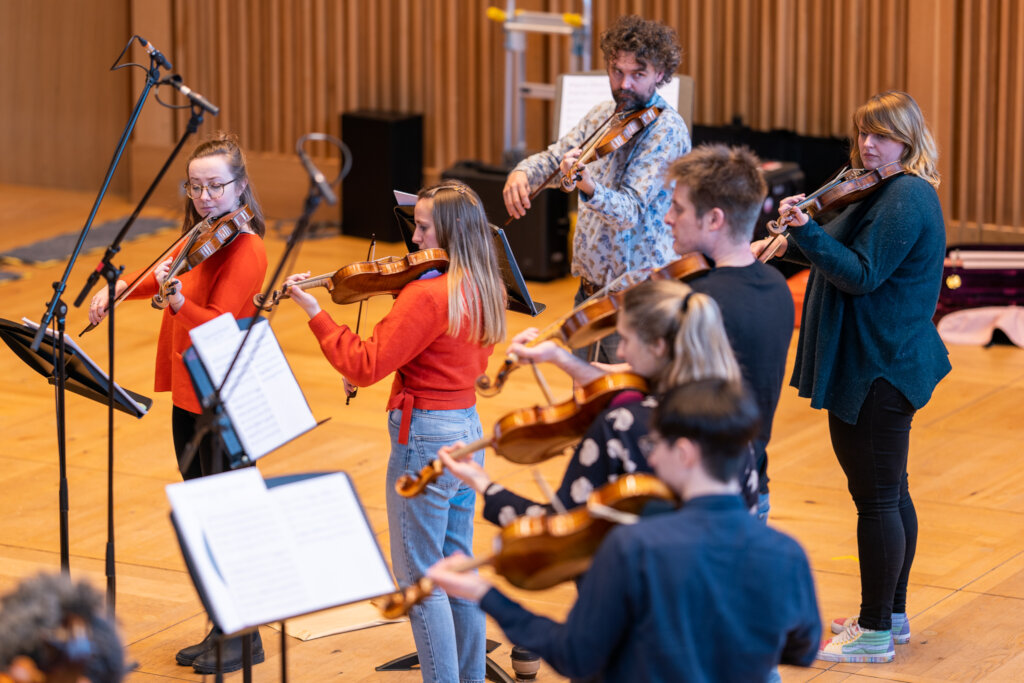 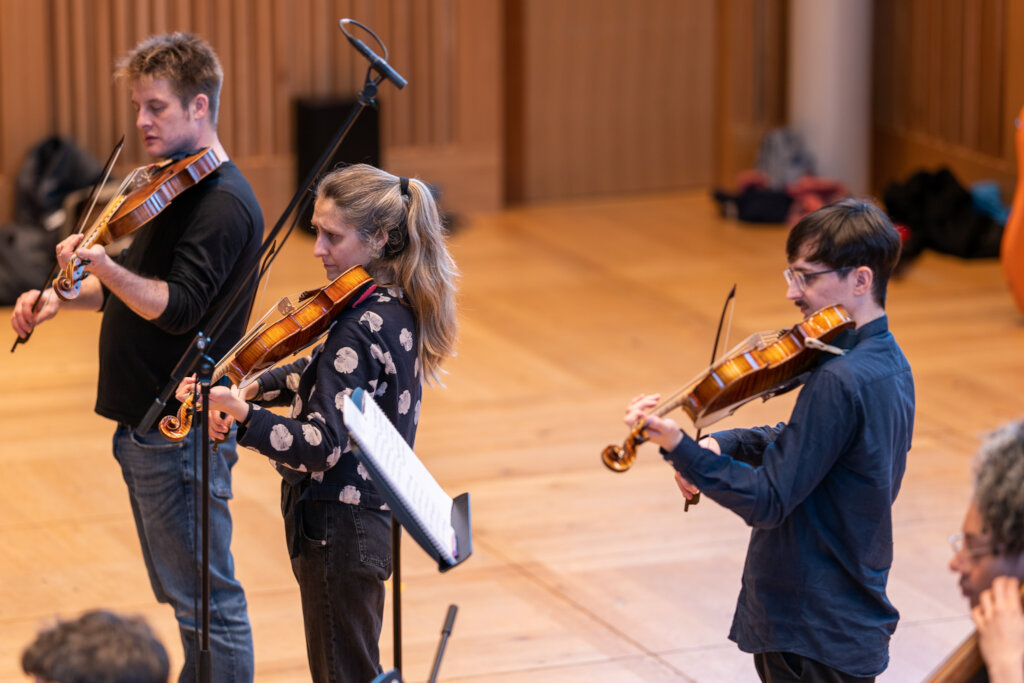 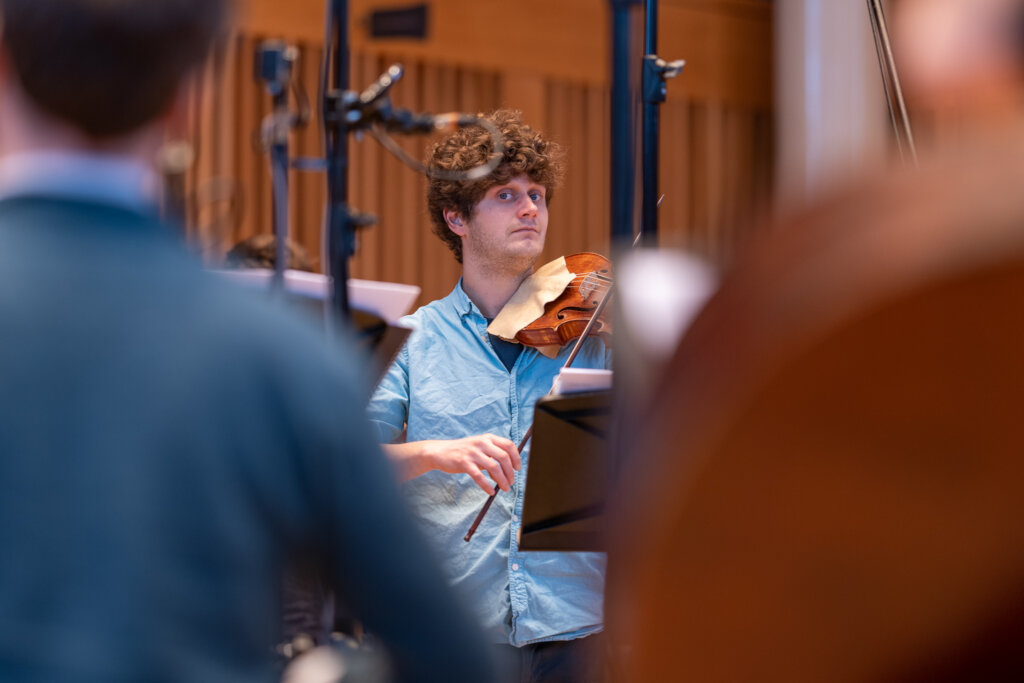 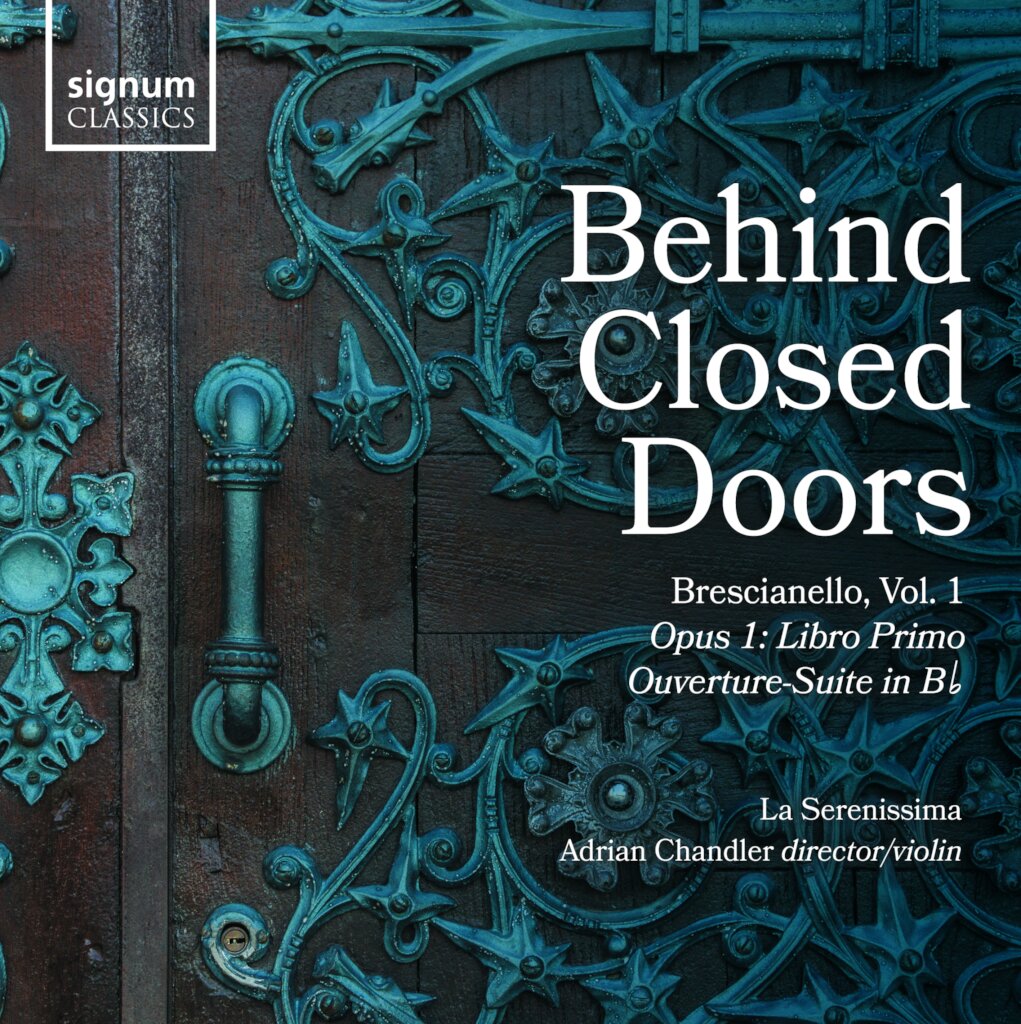 La Serenissima is thrilled to announce the successful launch of Brescianello Opus 1 Volume 1: Behind Closed Doors.

Thanks to your support, we have created the first album in our exploration of Giuseppe Antonio Brescianello's Opus 1 and this has now been released on the Signum label. The album attracted enthusiastic airplay on BBC Radio 3 Record Review and Record Review Extra and Scala Radio in the first weeks of release and we are thrilled to have received a double 5 star review in BBC Music Magazine. Nicholas Anderson writes in his review:

The performances by this accomplished ensemble are polished and invigorating. Chandler’s solo violin playing is articulate, warm toned and communicative, and he is supported throughout by his disciplined and responsive players, among whom the continuo group excels…In summary, a rewarding issue. – BBC Music Magazine

We continue to fundraise for the release costs for Volume 2, ahead of recording sessions planned for February 2022. We remain hugely grateful for any support towards this project and look forward to sharing news of the final disc in due course.

You can BUY or LISTEN to the first album using the Smart Link below. We hope you enjoy it!

With our thanks for your generosity and ongoing support.

Brescianello Op. 1 Vol. 2 in the pipeline 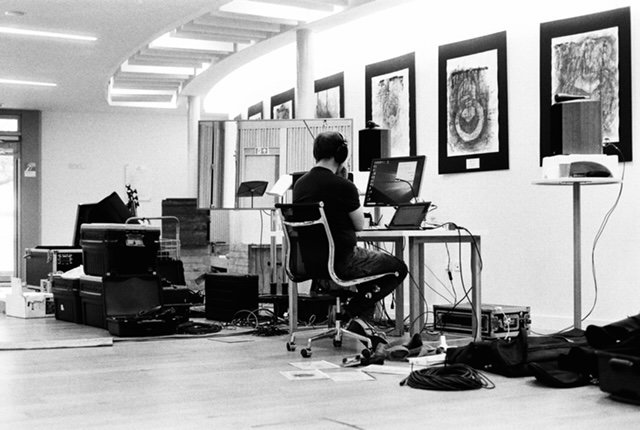 We are close to signing off the CD booklet for Brescianello's Op. 1 Vol. 1 and are very excited about the album's forthcoming release this autumn. The album will be entitled 'Behind Closed Doors' and Adrian writes in his sleeve notes:

The title for this recording was inspired by the situation in which many ensembles and musicians found themselves after the arrival of the devastating Coronavirus pandemic in 2020.  Countries were locked down; concerts and recordings were cancelled; musicians everywhere were out of work.

The act of documenting the pandemic and the impact it has had on our group was a cathartic one and we are glad to have found a fitting way to acknowledge the challenges of 2020-21 in a lasting format.

You may have noticed that we have increased our funding target now to cover the release costs for Volume 2. This is in anticipation of recording sessions due to take place early in 2022 at Cedars Hall, Wells. In going ahead with the second disc we will be able to create employment for our stellar team of artists and complete a project which means a huge amount to Adrian and the progress of La Serenissima. The second volume will be produced and edited by Andrew Mellor following the departure of Simon Fox-Gal to Greece; Andrew worked on our June recording patch and was fantastic.

If you are able to give further support to this campaign, your help will go a long way to making our project viable. Thank you for your generosity and interest in our work: the music is superb and we are grateful to be able to play together and reach new listeners through Brescianello's Opus 1.

With our thanks and best wishes 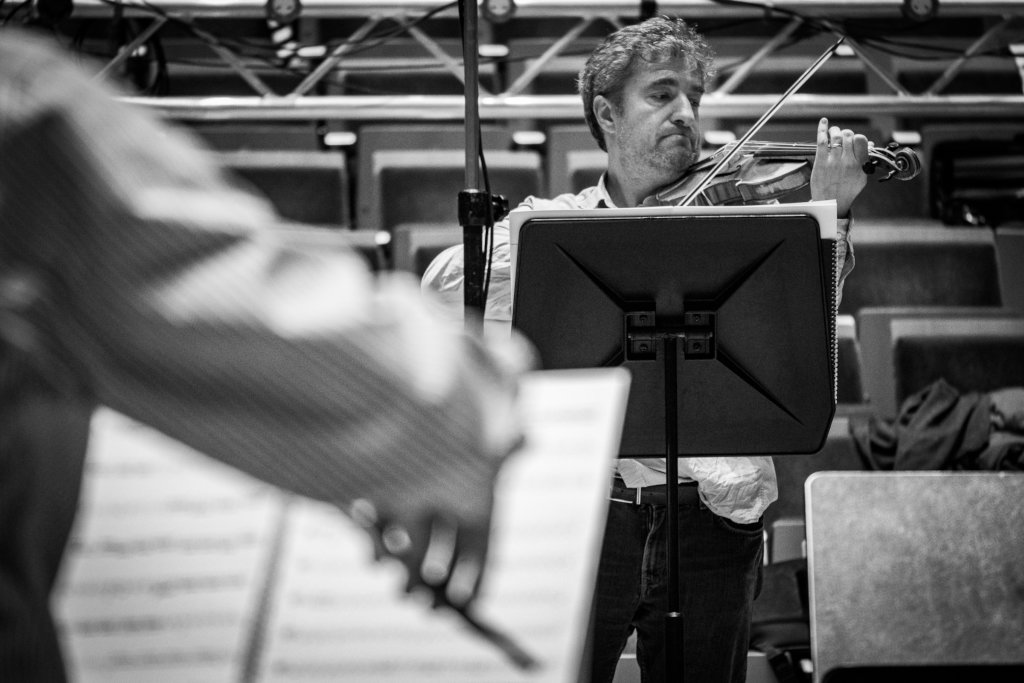 I'm thrilled to be able to write to you to let you know that thanks to the generosity of our crowd - and some very handy match-funding from GlobalGiving - we have reached our fundraising target for the post-production costs of the first volume of Brescianello's Opus 1. This album will be released on the Signum label in October 2021.

This is particularly significant to La Serenissima because 2021 still looks to be a year where very little live performance work will be possible - promoters are still very much in uncertain waters when planning events and we are reliant on their confidence to return to the stage. This means that our recording work has never mattered so much when reaching audiences. The release of this album is doubly important because it will enable us to release something in the second half of this year, in place of our planned project which was scuppered by the UK's return to lockdown in January 2021. The lead times for recording releases are such that we couldn't have released a second album this year without the extra material we courageously gathered in October 2020 - the only project we have been able to pull off since Covid-19 halted the UK's progress in March last year.

Adrian is in the closing stages of the editing process and confirms 'it promises to be a very fine disc'. This looks like to be an understatement in print, given the enthusiasm and delight the first two edits have prompted in our house: we are hopeful this will represent some of our best work yet!

In getting this project signed off, we will be able to begin efforts in earnest to record and release the second album of Brescianello's vibrant orchestral works. You will see over the coming days that we will be editing our GlobalGiving project page to increase our funding target, in the hope that we can secure further donations to support the release costs for Volume 2 - more extraodinarily good music to lift the spirits. Watch this space, and thank you in advance for any further support you are able to give to the project.

Thank you for your continued support. Everyone at La Serenissima is hugely grateful.

Donating through GlobalGiving is safe, secure, and easy with many payment options to choose from. View other ways to donate
La Serenissima has earned this recognition on GlobalGiving:

GlobalGiving
Guarantee
Donate https://www.globalgiving.org/dy/cart/view/gg.html?cmd=addItem&projid=50003&rf=microdata&frequency=ONCE&amount=25
Please Note
WARNING: Javascript is currently disabled or is not available in your browser. GlobalGiving makes extensive use of Javascript and will not function properly with Javascript disabled. Please enable Javascript and refresh this page.