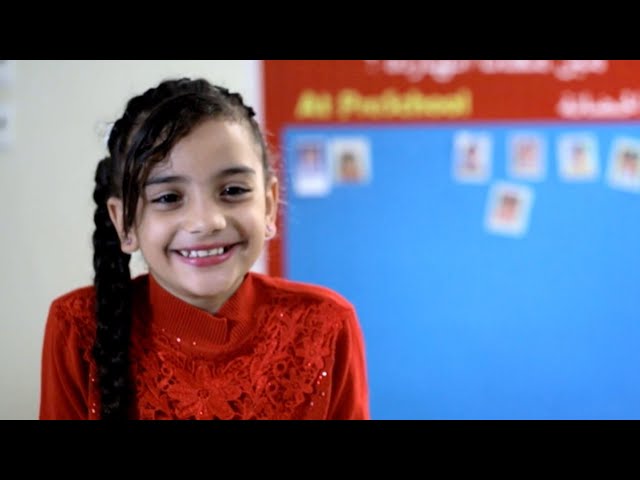 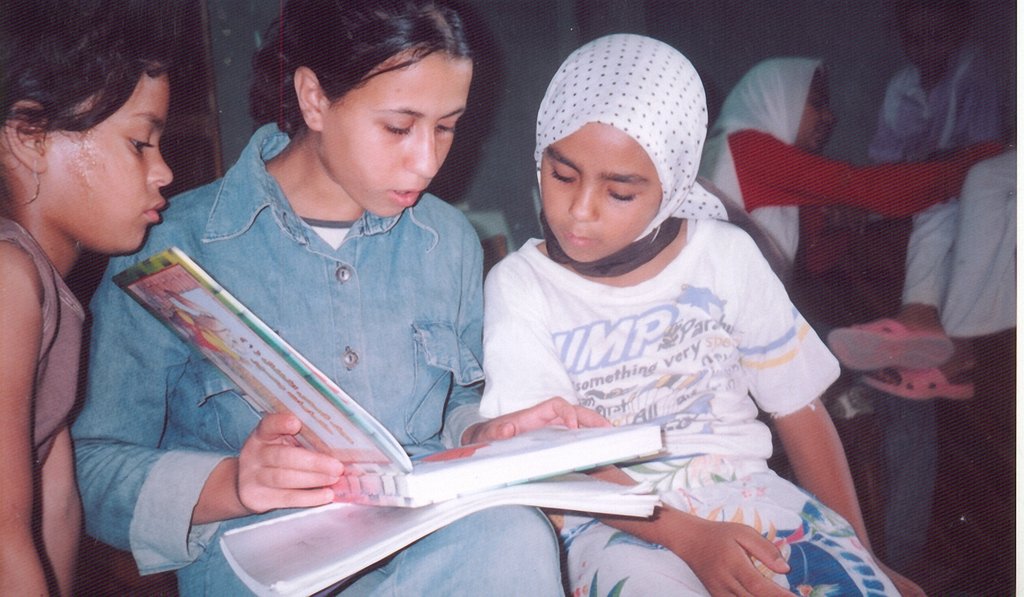 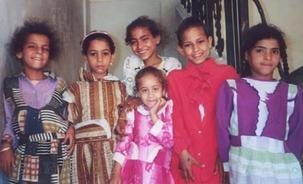 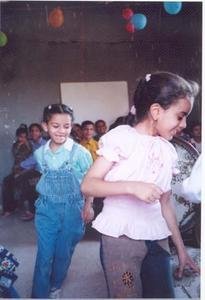 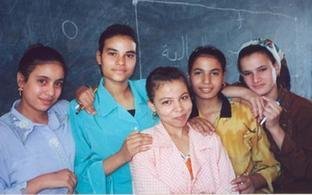 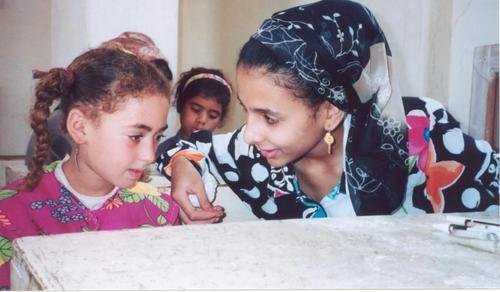 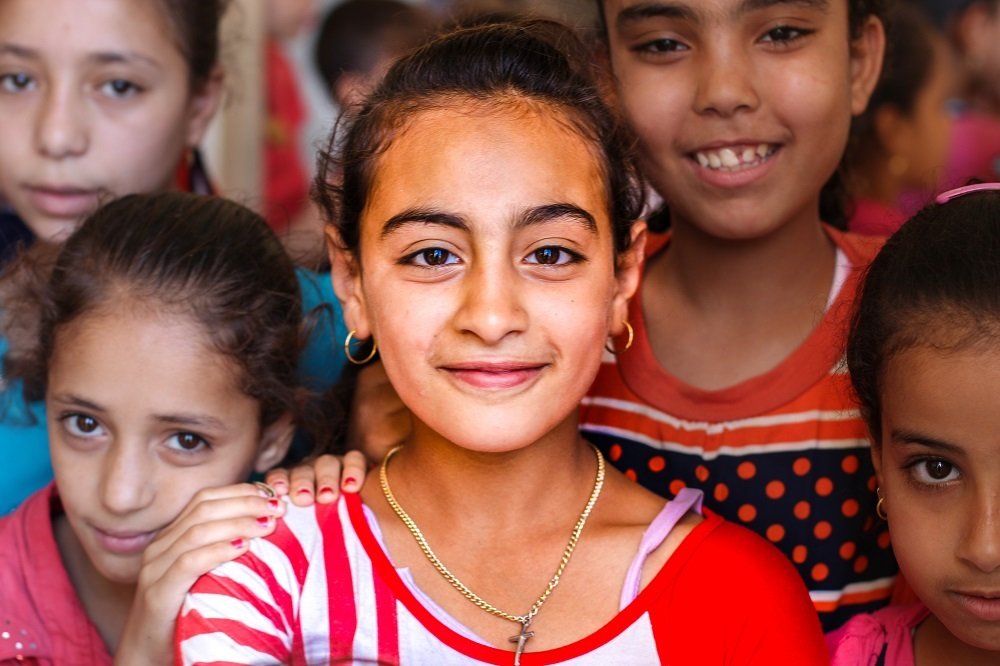 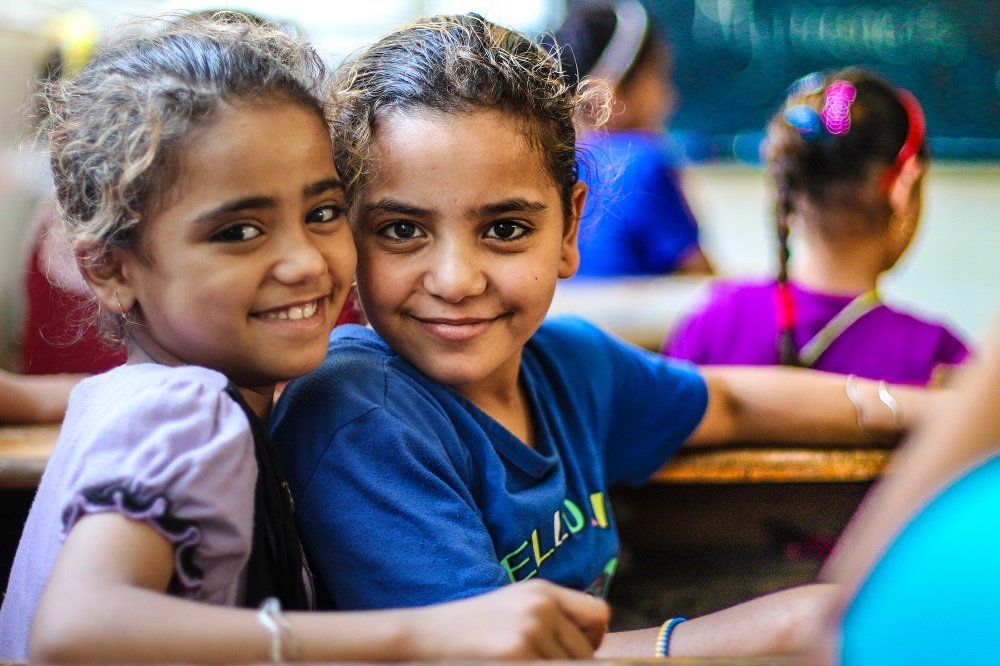 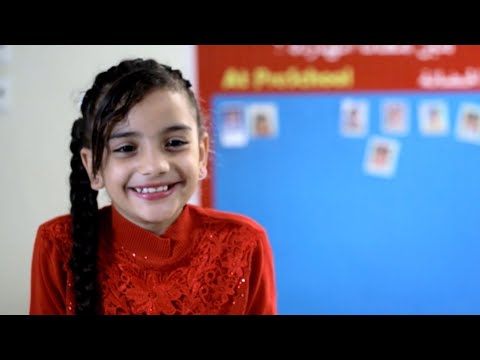 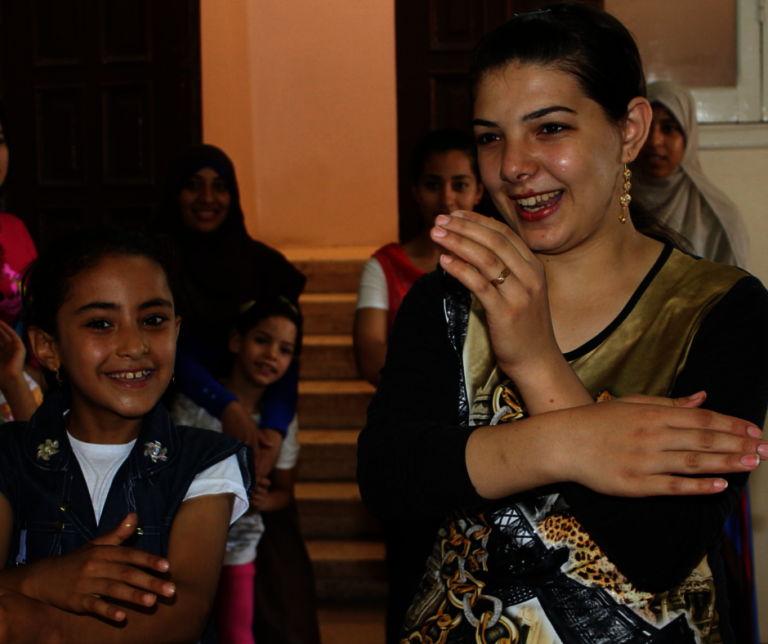 Education is at the core of the Valuable Girl Project’s mission, but the project does much more than provide your typical math, science, and language classes.

Workshops on character-building are central to achieving the successes Valuable Girl has doled out in the past; namely, improving girls’ self-image, increased social and civic engagement, and empowerment on multiple levels of their everyday lives.

Most recently, we were overjoyed to present our girls with a new initiative, Reaching your Dreams, which was developed specifically for young women getting their technical education.

The initiative included seven workshops on many topics like financial literacy, psychological support, and improving their self-image.

With the help of all twenty of our partner community development associations, the first workshop took place over the course of three days. This workshop centered around forming a positive self-image.

Girls and young women responded with positive feedback, with one Big Sister telling us “For five years, I haven’t looked at myself in the mirror because I saw myself as ugly. After the training I started to look in the mirror again, I started to tell myself how I am beautifully created.”

Can you imagine not being able to look at yourself in the mirror for five years of your life?

A positive self-image is crucial for every child. For girls and young women, particularly in Egypt, it can be the difference of a lifetime. 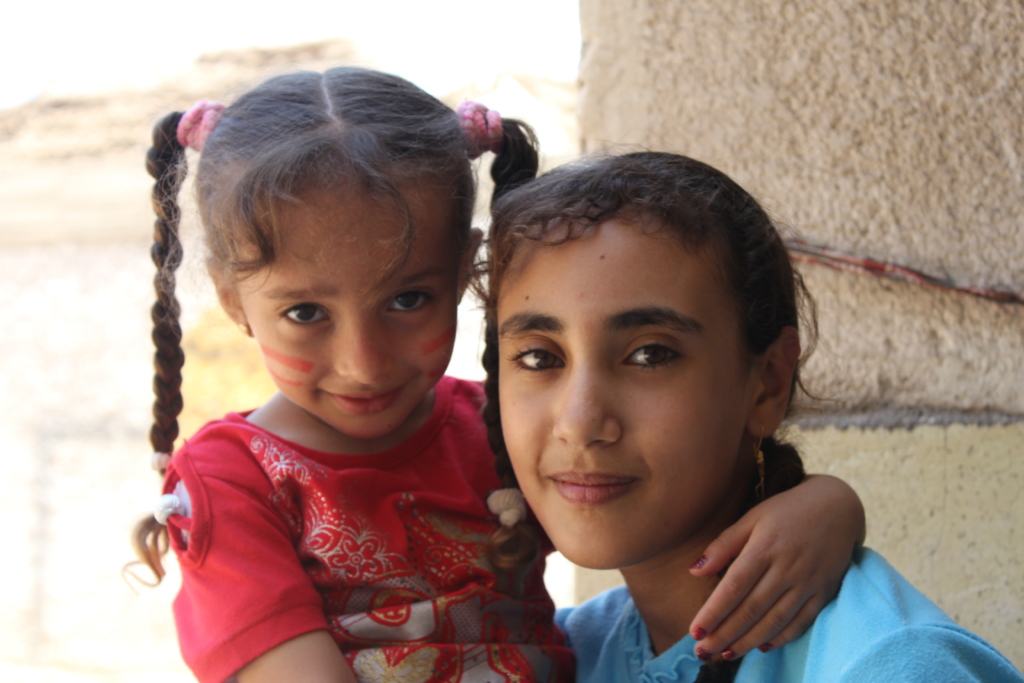 Christine, a Big Sister in college, met Barcenia, her Little Sister in 4th grade, at one of the Community Development Associations in their area. Barcenia lives in a low-income family, her parents are divorced, and she is the oldest of four children. She had issues with academic performance, lacked self-confidence, and was very introverted. Due to her family’s financial status, Barcenia couldn’t get private tutoring to help her improve in school.

Christine felt compassion for her situation and decided to spend her free time helping Barcenia improve at school. Their mentoring sessions deepened the relation and trust between them and encouraged Barcenia to share some of her family and personal problems.

Gradually, Barcenia improved at school and developed an unwavering trust in her Big Sister. This encouraged Barcenia’s mother to trust Christine as well because of her wisdom and maturity, and revealed that their financial struggles were partially due to her ex-husband refusing to pay his fair share of child support. Christine helped Barcenia’s mother to get child support and cared not only for her Little Sister, but for her whole family.

The Valuable Girl Project’s mission was verified in Barcenia and Christine’s lives by teaching them to be aware of their rights. Girls' empowerment starts by educating them their true value, and when girls and young women help to empower each other, there’s no limit to what they can achieve together!

The names and details in this story have been changed to protect the privacy of the individuals. 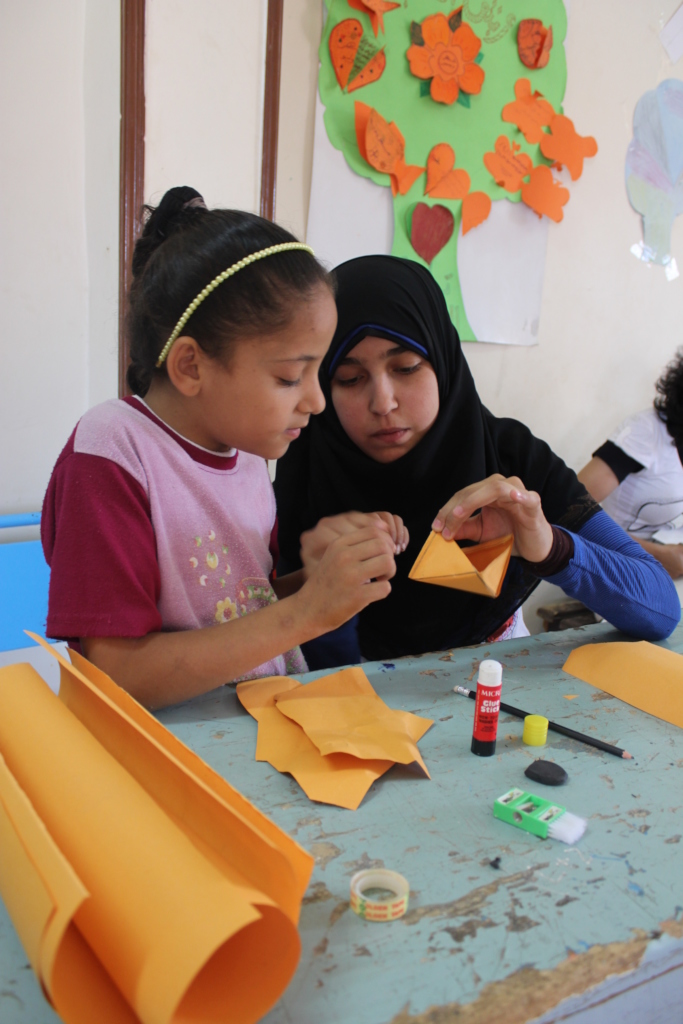 El-Ayaisha is a small village of 16,000 in Qena, Egypt. Most working residents are farmers. The majority of well-educated young men immigrate to other provinces or cities looking for job opportunities.

Like other rural areas in Egypt, people in El-Ayaisha believe in female gentile mutilation (FGM) and have very traditional perceptions about women’s labor. They perceive women as housewives only, and they are excluded from social work. In addition, they do not give women their rights or share of legal inheritance, as they are viewed as inferior to men.

The Valuable Girl Project aims to elevate the status and perception of girls and young women in villages like El-Ayaisha by working on three areas: encouraging young girls to stay in school, fostering tolerance among Christians and Muslims, and building a spirit of volunteerism through the Valuable Girl Project community initiatives.

In this case, the girls of the Valuable Girl Project focused on improving perhaps the most important area of the village: the train station. The El-Ayaisha train station is a vital public service which serves hundreds of people on a daily basis as they commute to neighboring towns and villages in the pursuit of work, school, and various public and private services that are lacking in the village. The platform lacked basic services that are necessary to accommodate passengers’ needs. There was no shelter, no restrooms, and no seats where people can rest as they wait for the train. The platform was totally dark, and people had to pay close attention and count the stops so they didn’t miss their station in El-Ayaisha.

The girls decided to improve the station by equipping the platform with some seats and shelters to allow passengers to rest during the harsh midday hours. They met with a parliament member of the nearest large city to get his recommendation on the proposal and submit it to the proper authorities. Egyptian community development projects often get caught up in mounds of red tape, but the MP and regional railroad ministers were so impressed with the girls’ initiative that they were able to get the necessary approvals in just one week.

The girls invited community leaders to discuss their station renovation plan. They also communicated with different age groups on the El-Ayaisha community Facebook group to mobilize and build consensus among people to support them and participate in the project. In the end, the girls received a great deal of support from the community. People felt a sense of ownership of the project. The initiative also received many contributions: a builder donated his time to build the shelter and the seats, a truck driver moved building materials to the site free of charge, and merchants donated concrete and necessary materials to paint the seats and the shelter.

Incredibly, the official railway authority did not stop there. The railway authorities decided to do a complete makeover to the ticketing office, restrooms, painting, and entrances and exits.

Life in villages like El-Ayaisha can often feel hopeless for young girls, of whom little is expected other than to be married and raise children. But even in the remote places of the world, young girls can band together and accomplish great things. That is the goal of the Valuable Girl Project: to unlock the potential of girls across Egypt. 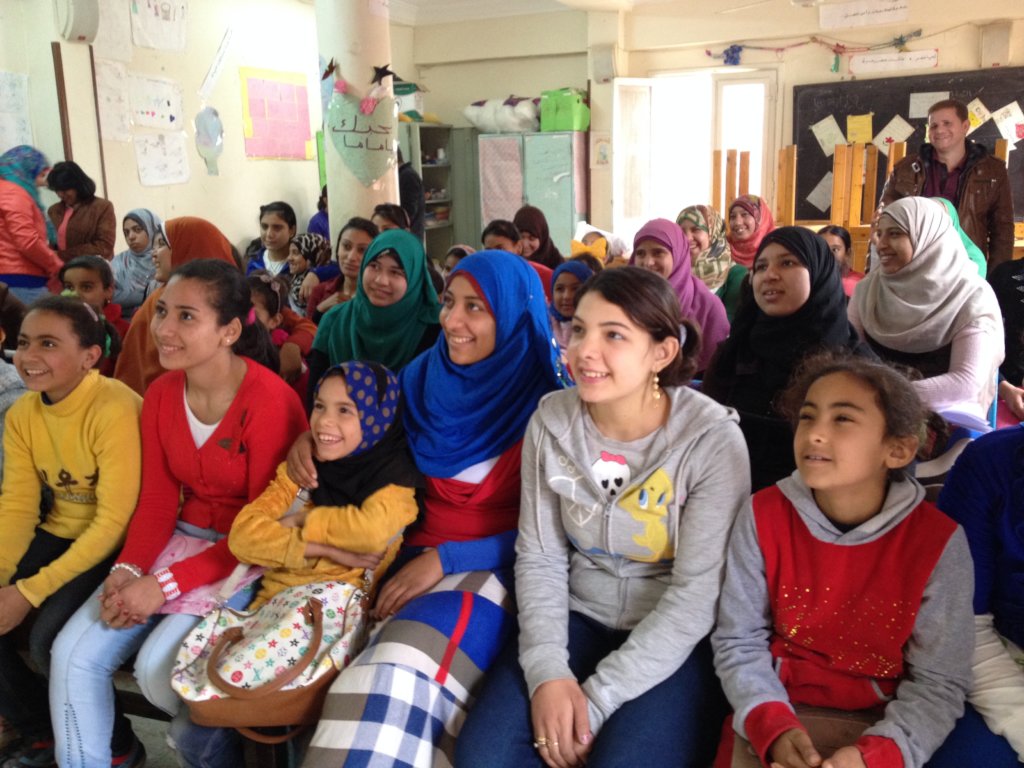 El-Matarya is a district located in northern Cairo. Historically, it was one of the most important and powerful centers in ancient Egypt. The area is famous for the obelisk of King Senusret the First, who ruled Egypt for 45 years, and “Mary’s Tree,” an ancient tree under which it is said the Holy Family rested during their time Egypt.

Unfortunately, in modern times El-Matarya has become a hub for extremists, which has led to a spread of violence, fanaticism, and discrimination in the area.

The Valuable Girl Project (VGP) aimed at empowering girls in El-Matarya by working on three areas: encouraging young girls to stay in school, fostering tolerance among Christians and Muslims, and building a spirit of volunteerism through the VGP community initiatives.

A group of the Big Sisters did the necessary research, pinpointed the local school with the highest population of special needs students without a classroom, and decided to build them a classroom. They went to the manager of the El-Matarya Directorate of Education to get the official approval to build a classroom on-site. Due to Big Sisters’ determination and sincere social responsibility towards their area, the Directorate granted their request almost immediately, without the usual red tape.

Next, the girls solicited financial contributions from the community to help cover the cost of construction. Their plan received an immediate positive response from concerned local parents, who donated enough money to build the classroom.

Within a matter of weeks, the girls were able to complete the classroom. They decorated the walls with colorful murals and the name of the VGP initiative: “It is my right to learn.”

Sadly, not everybody believes that it is indeed every child’s right to learn. At Valuable Girl, we are not only educating each girl, but instilling in her that education is not a privilege, but a right. As these girls grow into responsible women, they will teach this lesson to future generations. 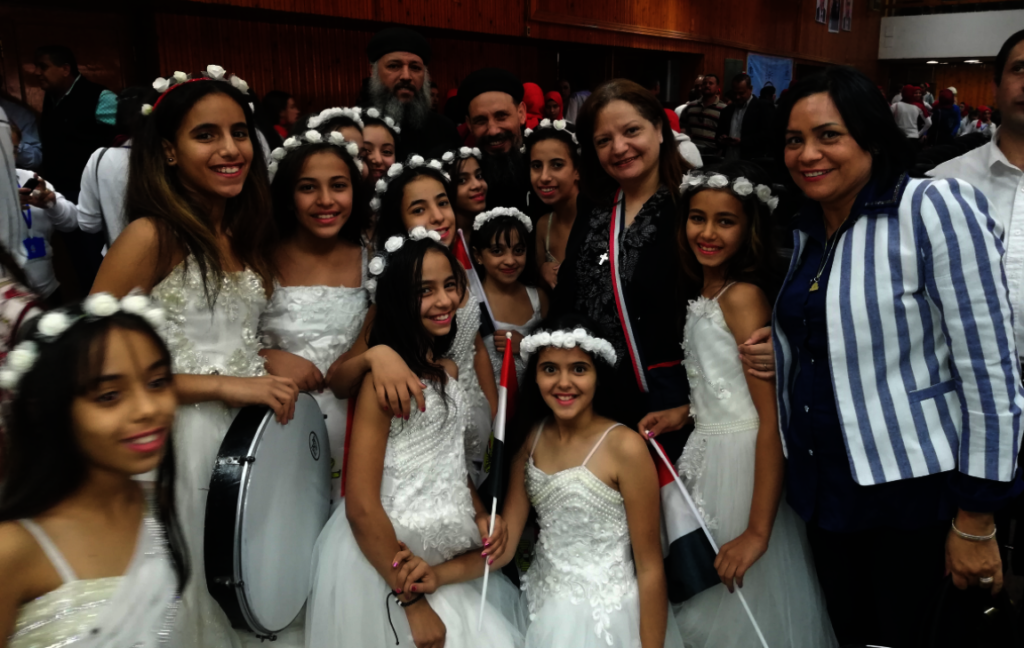 The Coptic Orphans staff has taken an important step in restarting the new cycle of the Valuable Girl Project, which was put on hold in 2020 due to COVID. A new set of Egyptian community development associations (CDAs) has been approved as partners in the project, which is now slated to run from 2021 to 2023.

In total, 96 CDAs applied to partner with Valuable Girl across four Egyptian governorates. The list was then shortened to 58 CDAs: 17 in Qena, 18 in Assyut, 13 in Minya, and 10 in Cairo. Coptic Orphans Area Program Managers visited all shortlisted CDAs in committees of two or three.

Final selections were made by the end of November. The managers selected 20 CDAs: 6 in Qena, 6 in Assyut, 4 in Minya, and 4 in Cairo.

CDAs are local grassroots nonprofits that focus on specific areas of development within their communities, such as women’s rights and agricultural training. Coptic Orphans provides each CDA with a grant and specialized training, and the CDA recruits the girls for each project. The lessons and projects are carried out at a CDA-affiliated venue, where the girls learn their skills 1-on-1 in workshops and in activities that tackle community problems.

“The Area Program Managers put each CDA through a rigorous selection process,” said Valuable Girl Program Manager Michael Marcus. “We interview the board of directors at each CDA to learn about their previous experience in development and compare what they say to the application they submitted. We then evaluate their technical abilities, such as the decision-making process they follow, their ability to manage big projects and their ability to recruit the girls from our target groups. Finally, we evaluate their financial procedures to ensure their transparency and honesty handling monetary grants like the ones we give for our projects.”

The Valuable Girl Project uses education and mentoring to support girls and young women so that they can stay in school, avoid early marriage, gain dignity in the classroom and at home, and become leaders in their community. The project brings together Christians and Muslims in a safe space where everyone learns mutual respect. Young women in secondary school are trained to be “Big Sisters” and role models for their primary school “Little Sisters.”

Donating through GlobalGiving is safe, secure, and easy with many payment options to choose from. View other ways to donate
Coptic Orphans has earned this recognition on GlobalGiving:

Vetted since 2006
Add Project to Favorites

GlobalGiving
Guarantee
Donate https://www.globalgiving.org/dy/cart/view/gg.html?cmd=addItem&projid=1436&rf=microdata&frequency=ONCE&amount=25
Please Note
WARNING: Javascript is currently disabled or is not available in your browser. GlobalGiving makes extensive use of Javascript and will not function properly with Javascript disabled. Please enable Javascript and refresh this page.