Surviving the storms with your support 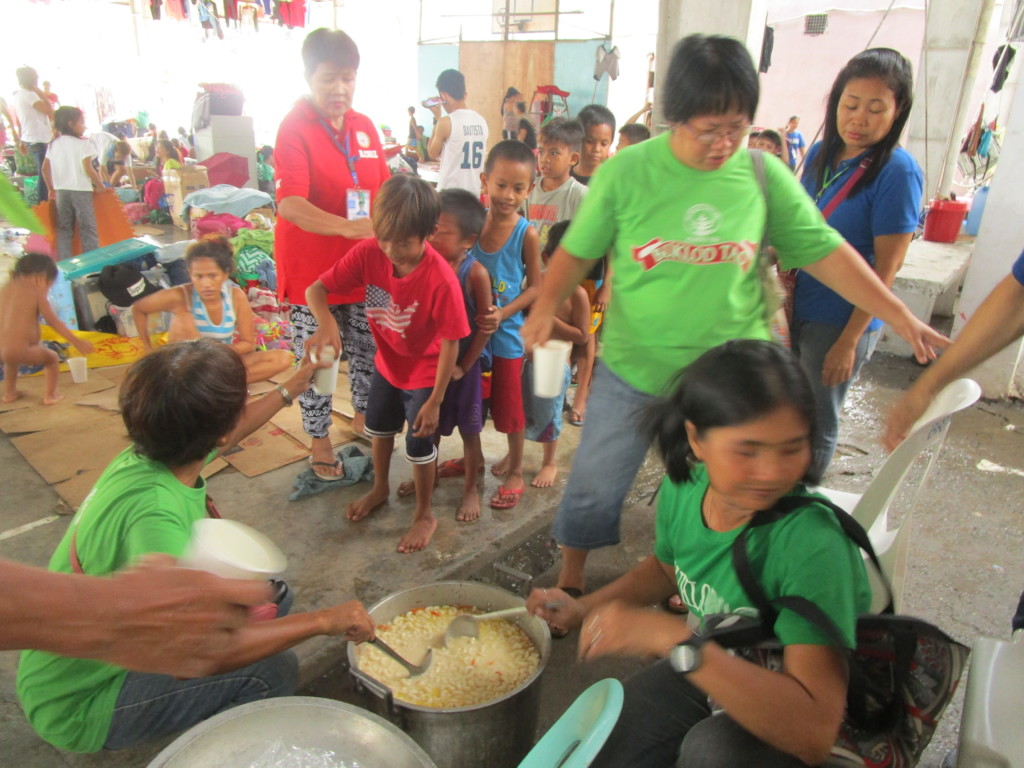 Hot meals being provided during the August floods

It’s been a turbulent few months for the residents of Banaba, just outside Manila. Yet, with your amazing support, the community has rallied together and survived the recent storms.

In mid August thousands of people were forced to flee their homes when the seasonal monsoon, enhanced by Tropical Storm Karding, brought torrential rains to the capital.

In Banaba the rivers rose quickly and families sought shelter in nearby evacuation centers. The experience can be frightening and uncomfortable, especially for children and older residents, as there’s little or no time to collect belongings, or even emergency food, before evacuating.

Happily, thanks to your previous donations that helped us to stockpile supplies, we were able to work with our amazing partner Buklod Tao to provide hundreds of hot meals to the most vulnerable evacuees. This helped to keep them healthy and provided comfort during a difficult time.

After a few days the water receded. The streets near to the rivers were left coated with a thick layer of mud that needed cleaning. And sadly, many makeshift homes that the poorer residents live in were also damaged by the weather.

But again, thanks to your support, we were able to provide replacement roofing tin and other materials to help around fifteen of the poorest families. This isn’t a long-term solution to their vulnerable housing situation, but this support helped them put a roof back over their heads.

Then, just as things were settling down, typhoon Mangkhut began to threaten the island of Luzon, on which Manila is built. Mangkhut was the strongest typhoon to approach Luzon since 2010 so even those who lived on slightly higher ground feared the worst and evacuated.

Thanks to you the Banaba Livelihood & Evacuation Center is now partially equipped, and so nearby families sought shelter from the storm inside. The Center also acted as a community hub for preparing meals for those inside and for delivery for other centers nearby.

Although north Luzon was much more seriously affected by Mangkhut, Manila was thankfully spared the worst, and families were able to return home to their normal lives quickly afterwards.

Yet, two major storms in two months serves as a reminder as to how vulnerable Banaba, and the Philippines overall, is to severe weather. So, we remain incredibly grateful for your continued support as we prepare for the next storm to inevitably roll in from the Pacific Ocean.

We’ll be sure to keep you posted as our work in Banaba continues, and if you ever have any questions, please don’t hesitate to email Andy@IDVolunteers.org. I would be delighted to hear from you. 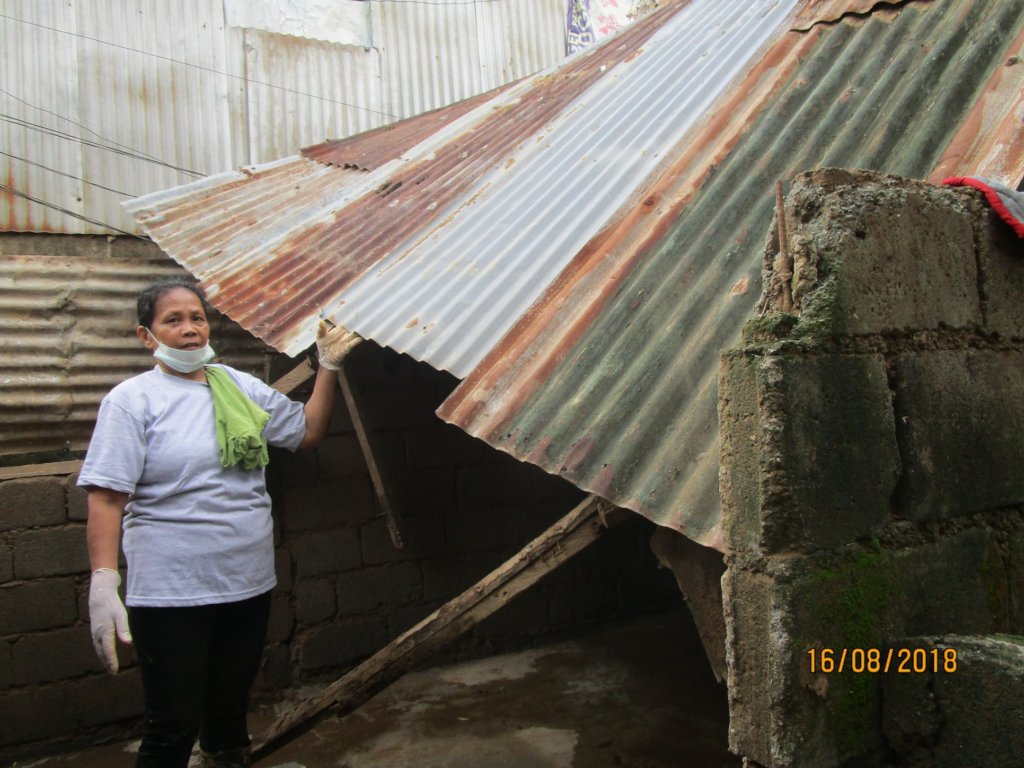 Houses were damaged by the monsoon weather 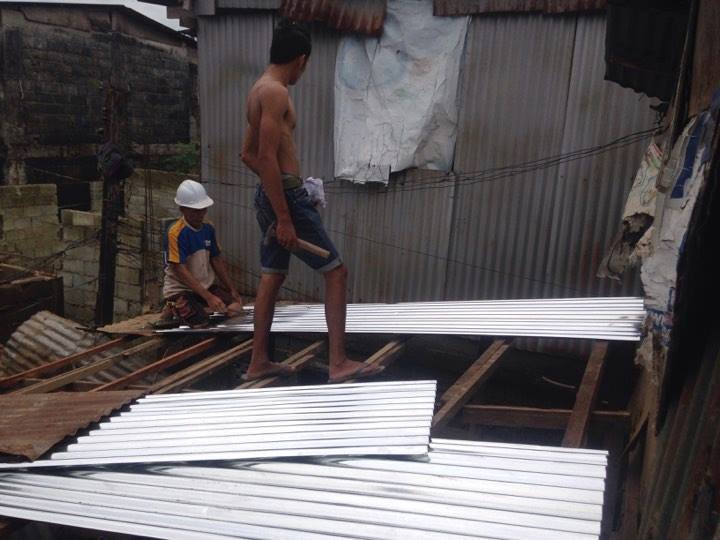 Roofing tin provided with your support 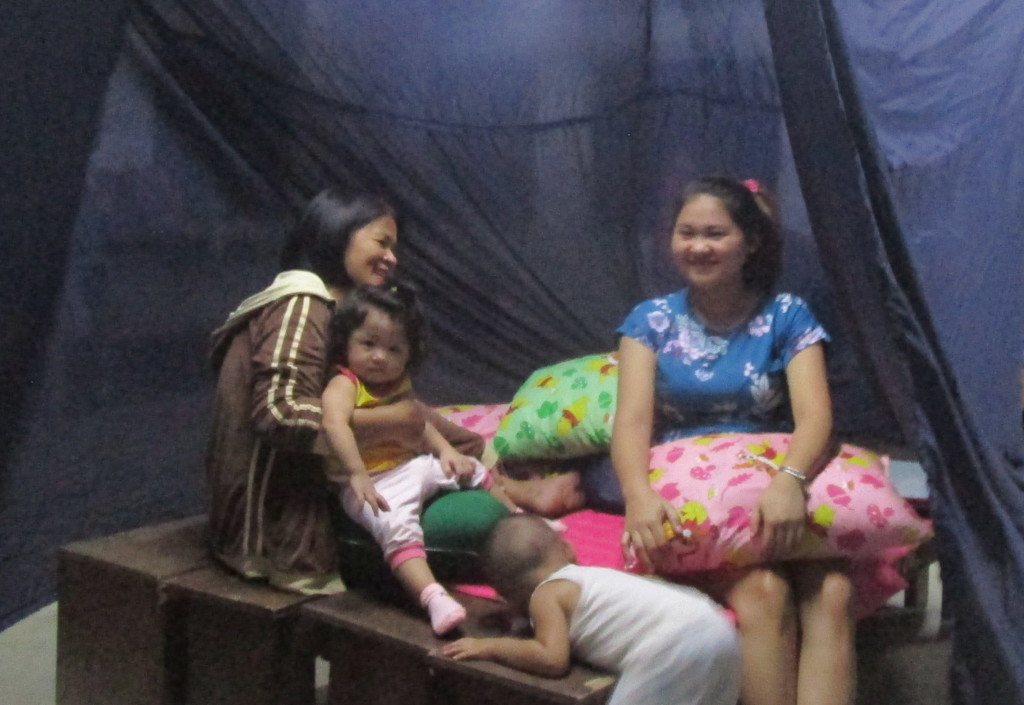 Project Leader:
Andy Chaggar
Bristol, Somerset United Kingdom
$9,650 raised of $16,000 goal
You last donated to this project on
170 donations
$6,350 to go
* Amounts in US Dollars
Donate Now
Donate once
Donate monthly
$10
USD
Buys an evacuee a sleeping mat, pillows and sheets
›
$21
USD
Provides a family with a private cubicle in an evacuation centre
›
$130
USD
Helps provide sanitation facilities in an evacuation centre
›
$250
USD
Buys a set of high powered "walki-talkies"
›