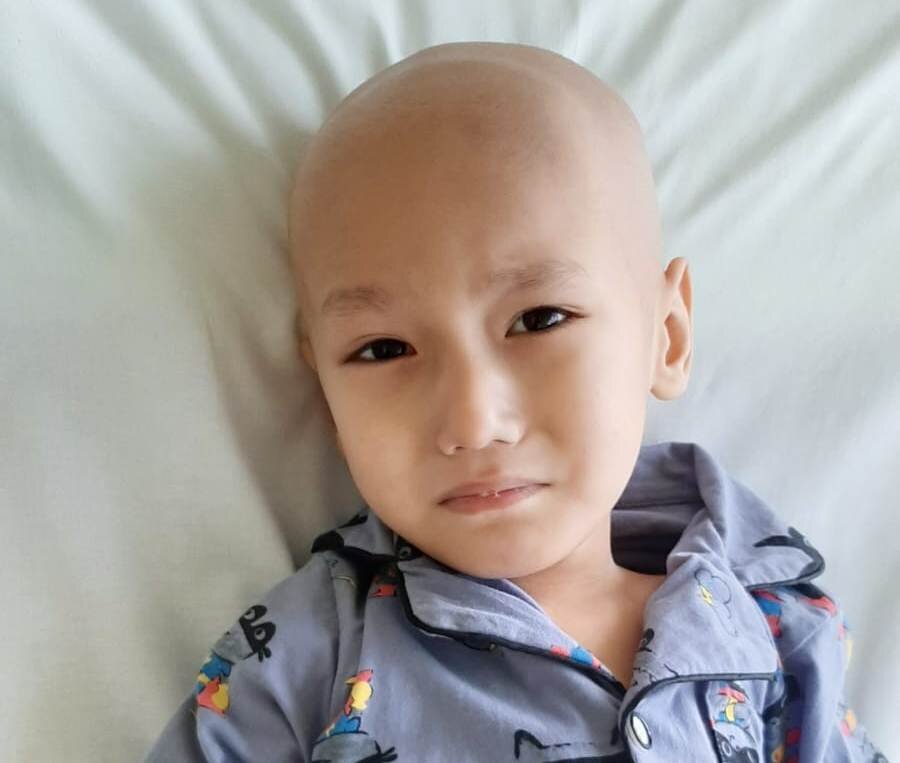 Nurislam is 5. For two of those five years, he has been fighting cancer, neuroblastoma. It’s a most common solid cancer in children, and it is also one of the most aggressive, particularly when it recurs. It requires surgery, chemo and radiation therapy to get it under control. A few years ago, a new treatment, immunotherapy, was shown to improve survival chances of kids with neuroblastoma. This therapy is only available in Europe and the United States. It was not available in Nurislam’s native Kazakhstan, and his parents had to take him abroad to access this treatment.

Currently, Nurislam is in Barcelona, Spain where the doctors were able to eliminate cancer cells from most of his body. However, he still has lesions in his bones, and he needs to undergo immunotherapy to have a chance to live. Nurislam’s family sold their house and a car to pay the hospital bills, but they are still short on money as they have to pay out of pocket for all of Nurislam’s medical costs. Nurislam had recently began walking again and his family is hoping for a cure.

Thanks to your donations, we were able to offer help to Nurislam's parents, and they are deeply grateful.  If you would like to support more kids like Nurislam, you can consider signing up for recurring donations (and receive a 100% bonus from GlobalGiving).  Or donate $100 or more on Wednesday, July 20th, and receive a bonus ranging from 30-50%.

Thank you so much for your support of brave little fighters like Nurislam!