Thank you for helping Kate complete her treatment for sarcoma! 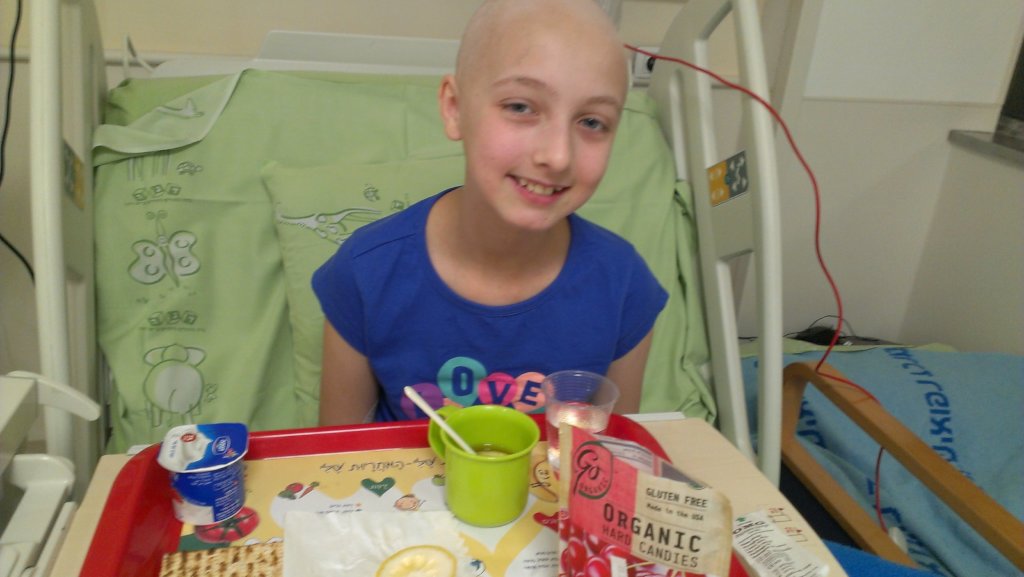 September is the National Childhood Cancer Awareness Month.  Despite advances in cancer care, close to 100,000 children die from cancer every year around the world.  For the last nine years, this project has been helping families that are fighting for their children to not become part of that statistic.

This month, your donations supported Kate's family from Sakhalin Island in the Far East of Russia.  Kate had recently turned 14 years old.  In 2017, Kate has received two vaccinations against papillomavirus. In October 2017, a month later after the second vaccination, she developed a painful swelling in the injection area, which had cleared by itself a few weeks later. The symptoms were mistakenly taken for a side effect of the vaccine. The swelling has then subsided until it came back in January 2018 accompanied by a burning pain. The examination at Sakhalin clinics revealed a malignant tumor in Kate’s left upper arm. The initial diagnosis has also stated a possibility for arm amputation.

After consulting multiple clinics in Russia and Japan, Kate’s parents have decided to take their daughter to Israel. In February 2018, they arrived in Tel Aviv. This is where Kate again has gone through a complete examination, including CT scans, MRI, and surgical biopsy. The results were compiled into final diagnosis – Ewing’s sarcoma of the left humerus. Since March 2018, Ekaterina has gone through six rounds of induction chemotherapy for Ewing Sarcoma at Dana-Dwek Children’s Hospital of Tel Aviv Sourasky Medical Center and went through the complex surgery of resection of the affected bone and replacement it with the bone implant.

The treatment has been successful, but six more rounds of chemotherapy with possible radiation are still needed to complete it. According to her doctor, Kate has a good chance at recovery if the whole treatment is completed and timed properly.  Kate’s parents are both retired and have used all of their life savings to begin and support their daughter’s treatment.  They were very grateful for our support and are hopeful that all will be well with Kate.

Kate was the 8th pediatric patient we supported this year.  Thank you so much for your support and care, and we hope to help many more patients in the months to come!