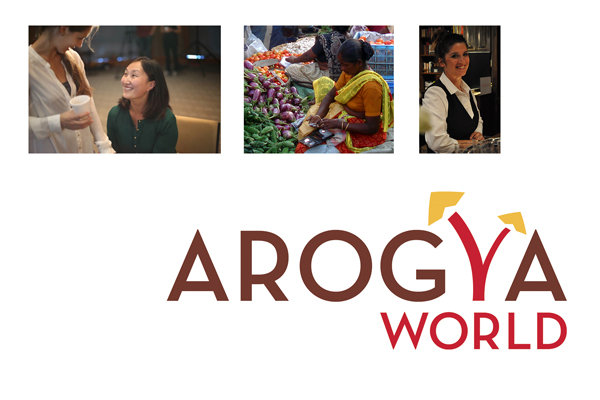 A new mobile phone and web-based survey of 10,000 women – Insights from 10,000 Women on the Impact of NCDs – in 10 countries around the world shows that nearly two-thirds (62 percent) of women surveyed say someone in their household suffers from a Non-Communicable Disease (NCD) —heart disease, diabetes, cancer or chronic lung disease.

About 30% of the women in Brazil, India, Kenya, South Africa and Indonesia reported spending more than 25 percent of household income on NCD care.

“We believe this study will influence the global dialogue on NCDs in a post-2015 world. We urge policymakers to implement NCD programs and empower women to steer their families towards healthy living,” said Dr. Nalini Saligram, founder and CEO of Arogya World.

Arogya World made a Commitment to Action at the 2013 Clinton Global Initiative (CGI) Annual Meeting to gather 10,000 women’s voices on the impact of NCDs with the partnership and support of Novartis, Partnership to Fight Chronic Disease, American Cancer Society, UNICEF, Population Services International, Abt SRBI and Jana.

The study report is being launched today at the 2014 CGI Annual Meeting. Click here for report. The 10 countries where women were surveyed include: Afghanistan, Brazil, India, Indonesia, Kenya, Mexico, Russia, South Africa, the United Kingdom and the United States.

Says Ken Gaalswyk, Vice President, International Research, Abt SRBI, “Data will be critical in informing actions and interventions both locally and globally to mitigate the growing impact of NCDs in the years to come. We are pleased we were able to use our research know-how to implement this important survey across the globe, leveraging mobile and web technologies, key assets in health communications.”

Arogya World will work with all its partners and other global health organizations to take the 10,000 women’s voices to global health leaders and policymakers everywhere. Joining hands and lending their heft are two coalitions–the Task Force on NCDs and Women’s Health and the NCD Roundtable. Both are working with Arogya World to disseminate these and other important tools that will inform governments and civil society partners and help to shape a global response to NCDs. Preliminary results were shared with multiple stakeholders including leaders in global health and government, at an event held by Arogya World at the United Nations in July (http://arogyaworld.org/putting-women-ncds-agenda-united-nations/).

GlobalGiving
Guarantee
Donate https://www.globalgiving.org/dy/cart/view/gg.html?cmd=addItem&projid=17603&rf=microdata&frequency=ONCE&amount=25
Please Note
WARNING: Javascript is currently disabled or is not available in your browser. GlobalGiving makes extensive use of Javascript and will not function properly with Javascript disabled. Please enable Javascript and refresh this page.