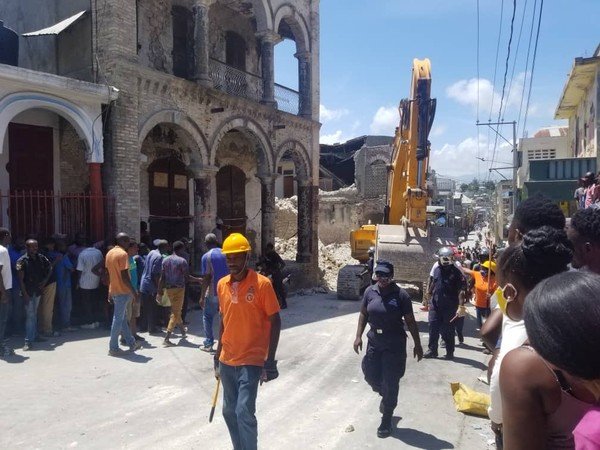 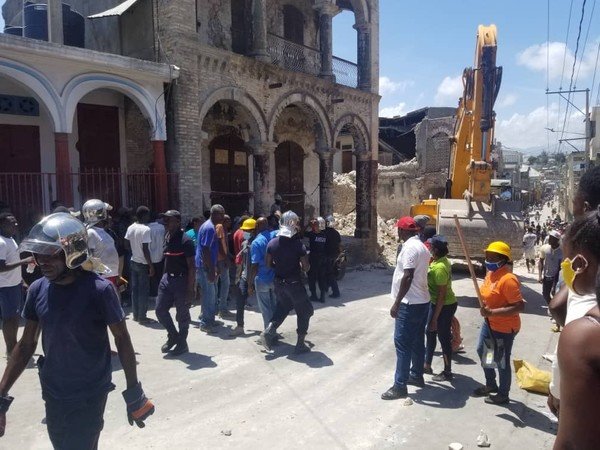 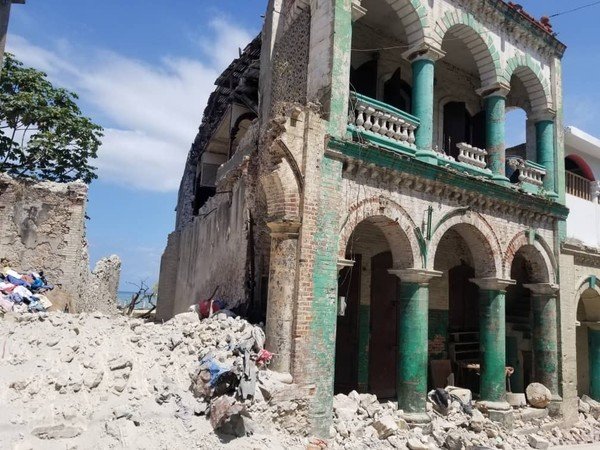 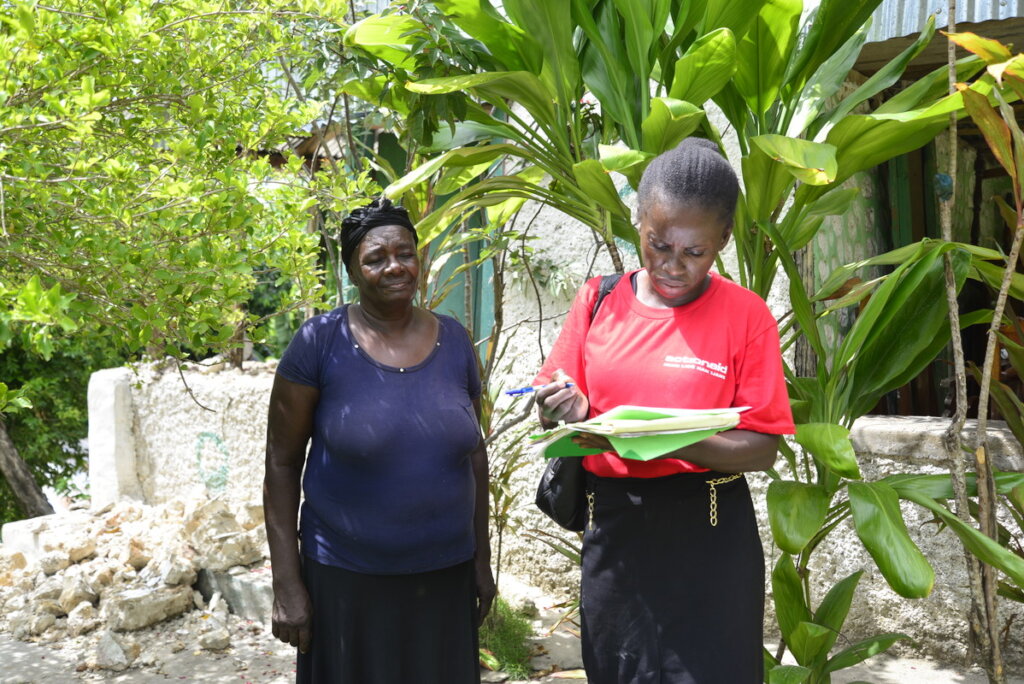 Thank you so much for your support of this project. I’m writing to share some updates from ActionAid’s work in Haiti. We appreciate you taking the time to learn about and support our efforts.

Meet Ysnelle, a seamstress and mother of four. She’s also a first responder, trained by ActionAid to take vital steps to help her community if disaster strikes.

When the earthquake ravaged her country,she acted. Using the training and first aid equipment she received from ActionAid, Ysnelle checked on her neighbors and visited areas where homes had been flattened. As the aftershocks continued, she visited communities and provided guidance on how to rescue survivors trapped under rubble.

Ysnelle said it was a priority to get women and girls, including expectant mothers, into safe shelters because they were vulnerable to sexual violence, especially after the disaster. She and her colleagues made sure that there were designated safe spaces for women to sleep, gaining the trust of those who’d recently lost their homes. She added that it’s important to have women take part in responding to emergencies because, in the past, they have been sidelined, and men have often abused their power in those situations. Women leaders and first responders are driven by a genuine desire to care for their community and not by narrow personal interest.

Now more than ever, your commitment to Human Rights makes a difference. Thank you for your support and solidarity.

Project Leader:
Francis Noon
Washington, DC United States
$3,890 raised of $50,000 goal
You last donated to this project on
31 donations
$46,110 to go
* Amounts in US Dollars
Donate Now
Donate once
Donate monthly
$25
USD
Hygiene kit for displaced families
›
$50
USD
Much needed food for families in need
›
$100
USD
Shelter support for families left without a home
›
$250
USD
Dignity kits for women
›
$500
USD
Handwashing station to help hundreds of people prevent covid and other water borne diseases
›
$1,000
USD
Access to psychosocial support and trauma management for children and their families
›
$2,500
USD
will help provide long term support for communities as they rebuild their lives and livelihoods
›
$5,000
USD
Enables ActionAid to respond quickly to the situation as needs arise.
›

GlobalGiving
Guarantee
Donate https://www.globalgiving.org/dy/cart/view/gg.html?cmd=addItem&projid=53403&rf=microdata&frequency=ONCE&amount=25
Please Note
WARNING: Javascript is currently disabled or is not available in your browser. GlobalGiving makes extensive use of Javascript and will not function properly with Javascript disabled. Please enable Javascript and refresh this page.