Give Global Journalists a Voice on Climate Change 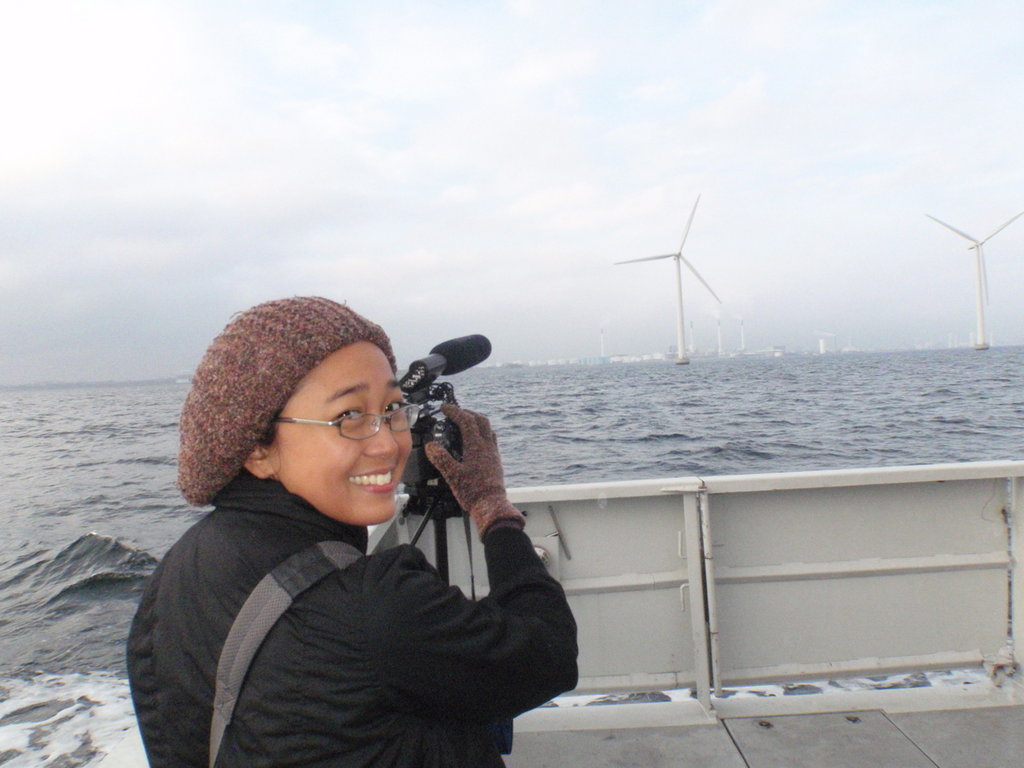 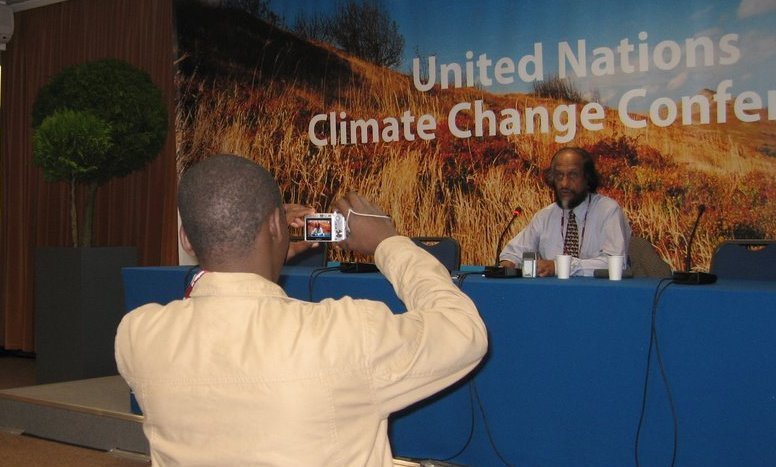 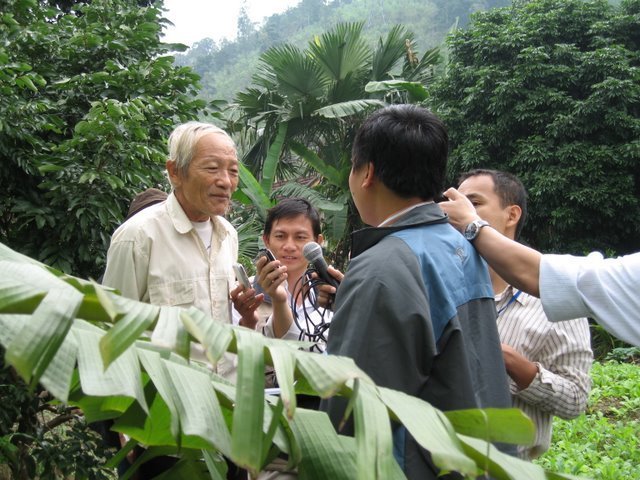 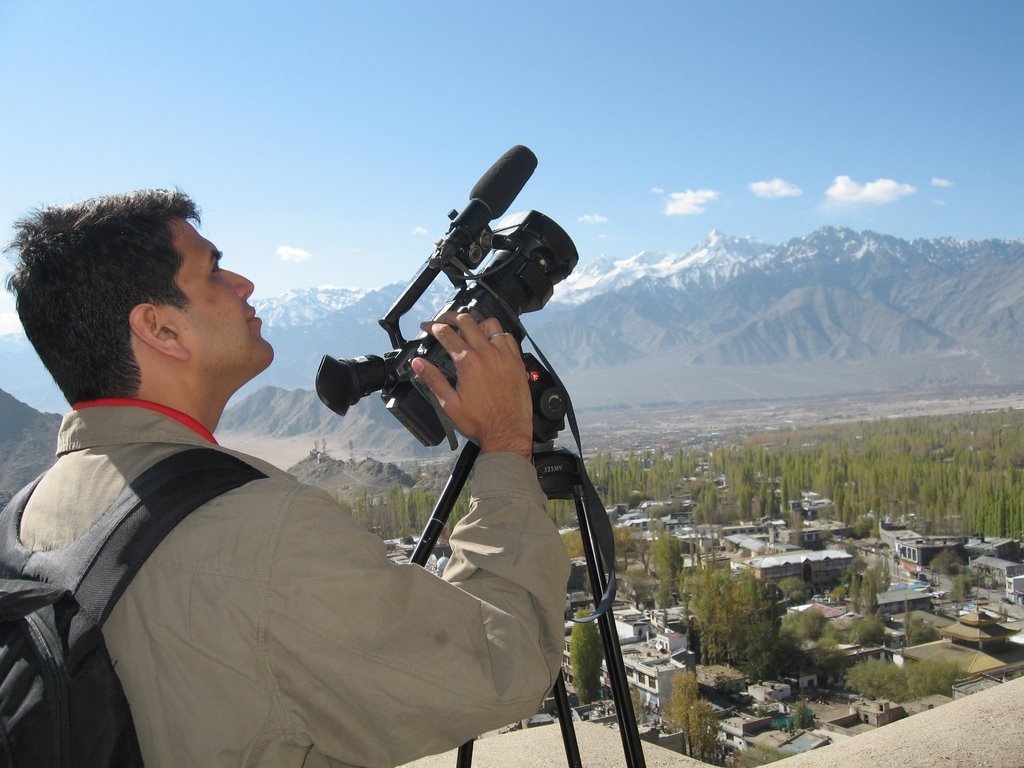 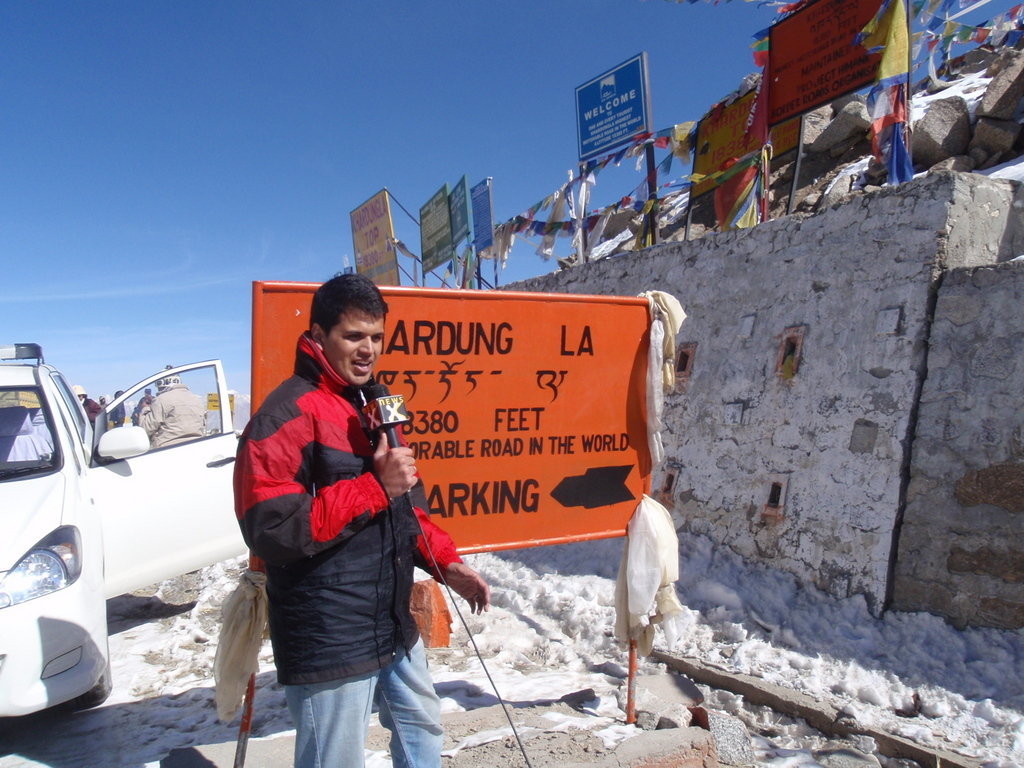 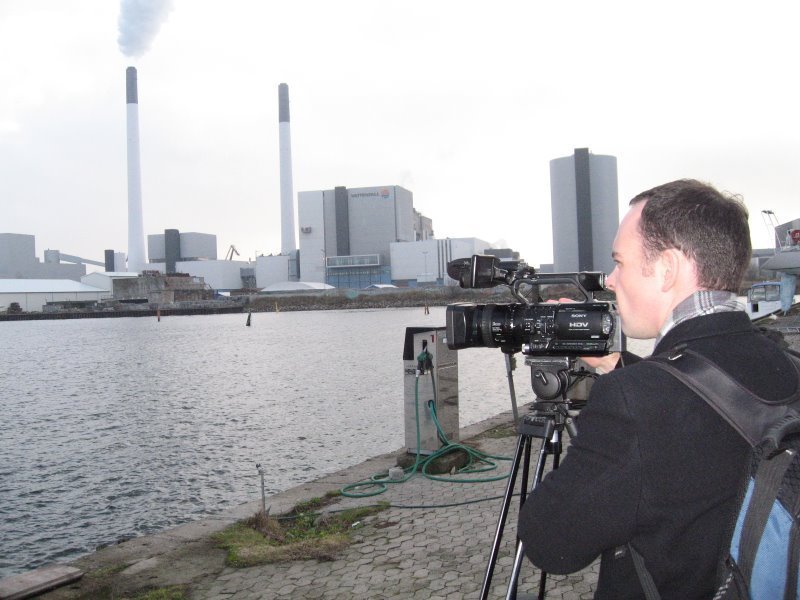 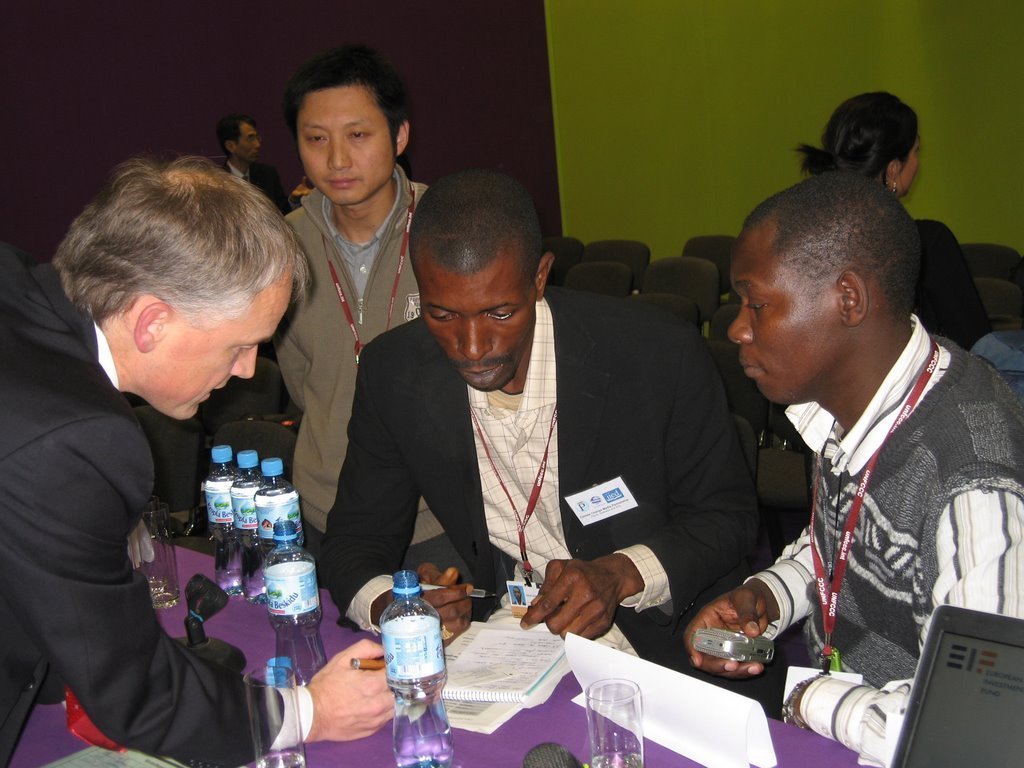 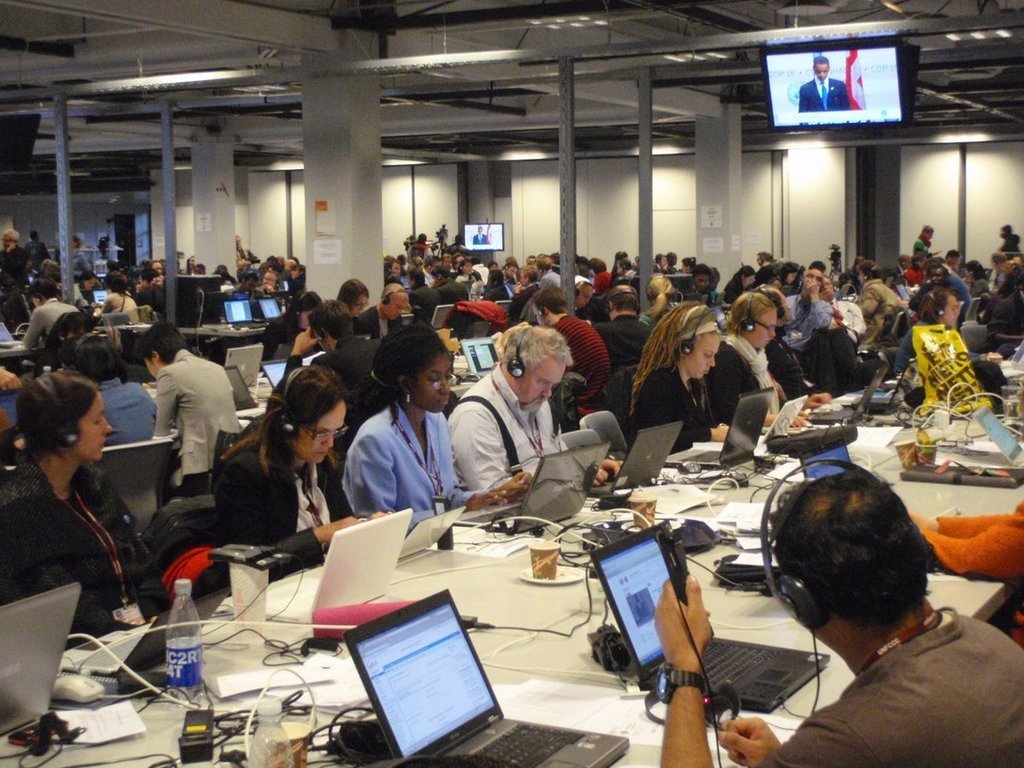 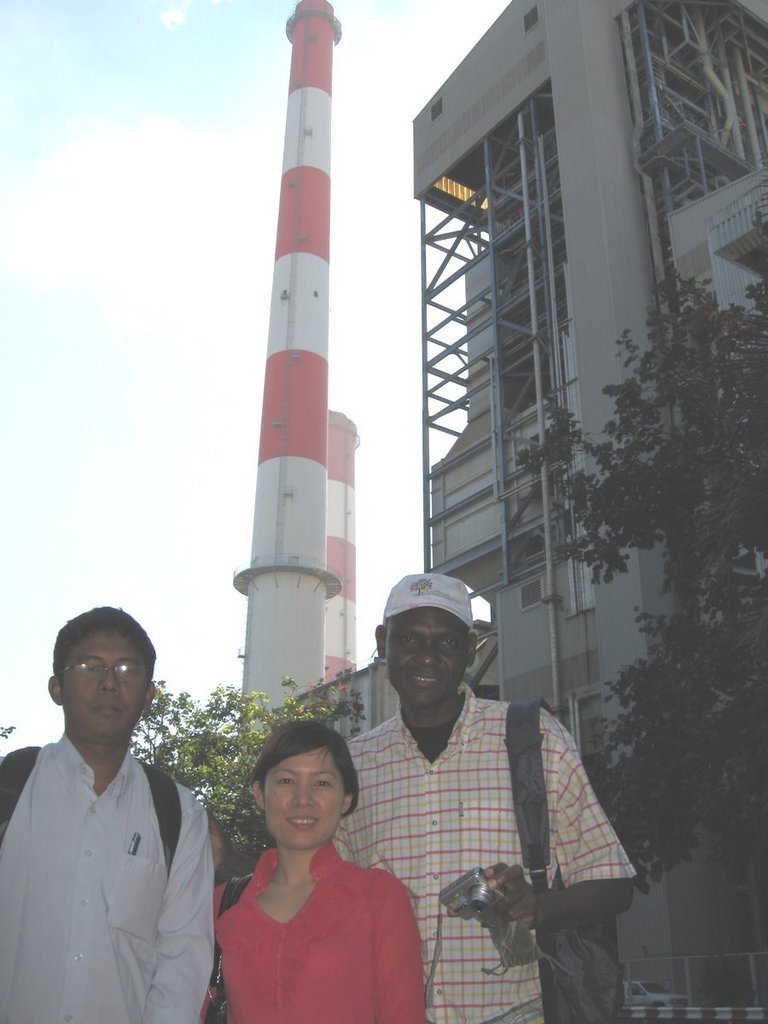 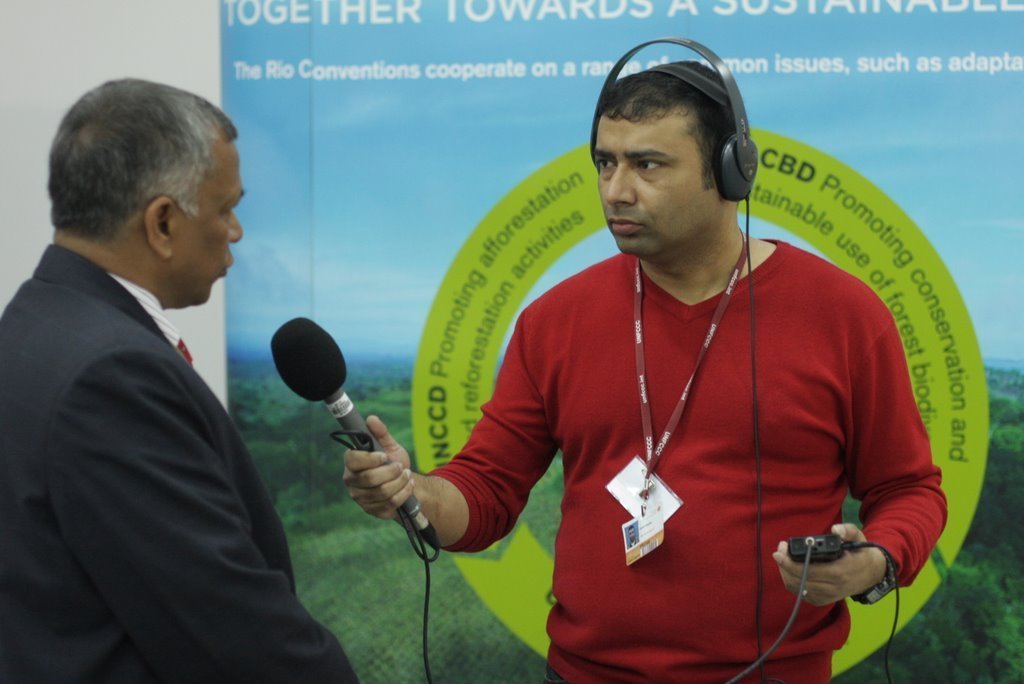 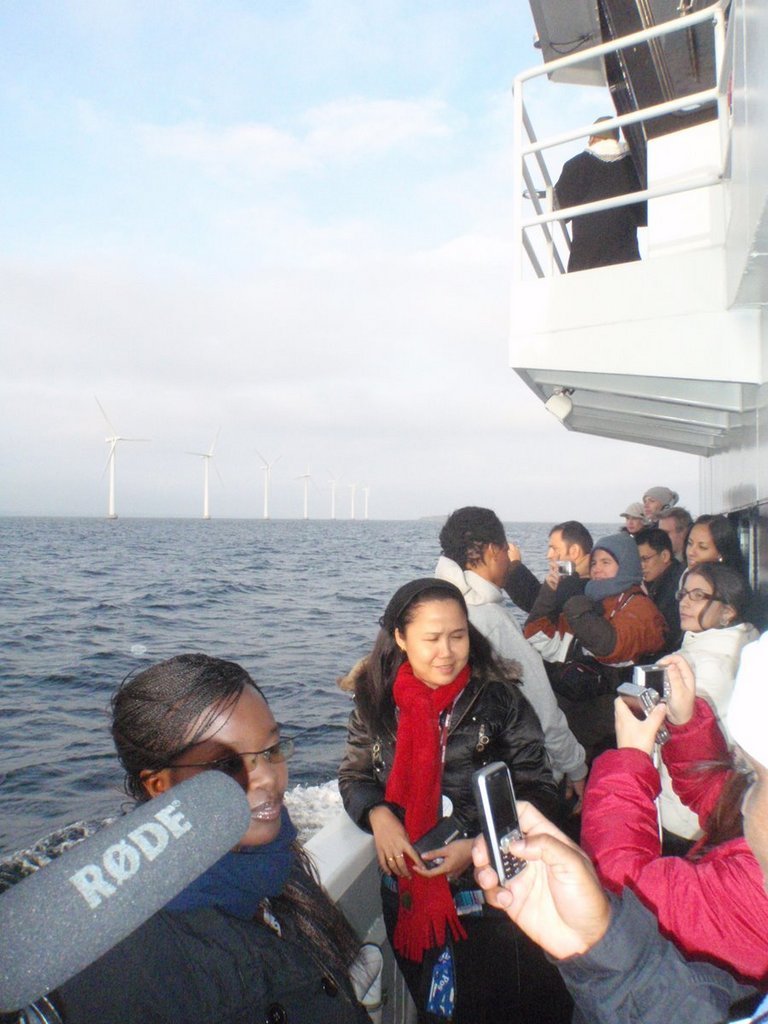 Final Report and Thank You 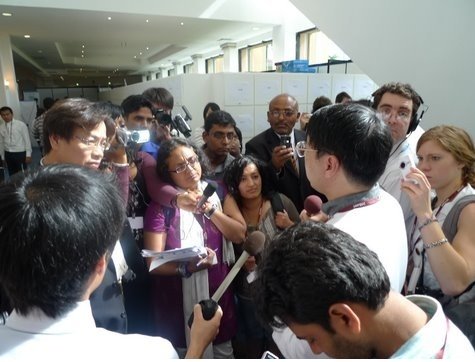 Thanks in part from your generous donation, Internews’ Earth Journalism Network (EJN) brought a total of 45 journalists to the UNFCCC COP16 Climate Summit held in Cancun. As part of the Climate Change Media Partnership (CCMP) we once again had the largest media delegation at the annual summit. We also brought 11 US journalist Fellows to work alongside the developing country reporters we usually bring.

Our delegation included 31 CCMP Fellows (20 women and 11 men) from 26 developing countries, 11 US journalists – including reporters from such notable organizations as the New York Times, the LA Times and NPR – and a few other partners from various developing countries. Working with the 16 CCMP and EJN staff members from around the world who also joined the program in Cancun, we provided a varied and supportive training programme throughout the two week period:

These measures enhanced the journalist’s knowledge and skills and enabled them to focus on their work of reporting on the negotiations and events to their home media.

The impacts on the CCMP and EJN Fellows included the following:

“[My editors] loved the stories I filed. And for the first time in a year, I got two front page stories on climate change.” - Margot Roosevelt, Los Angeles Times, United States

Most gratifying of all was the way in which the journalists from the US and the developing world not only got along, but actively collaborated. They exchanged information and tips, provided each other with photos, sources and content, and found numerous other ways – both formal and informal – to help each other out. And the collaboration will continue, both online through our virtual networks in some cases through direct collaboration. Everyone remarked that this was an outstanding new feature of the program, and we hope to continue promoting this interaction in the future.

The Fellows’ audiences received approximately 475 stories with vital information on climate change and the UN climate change negotiations in their local languages and within a local context. The best of the developing country stories can be found at www.climatemediaparnership.org while the US stories can be found at http://earthjournalism.net/program/cop16-fellowship

By helping to create a more informed public and policy-makers who are more aware about climate change, and by serving as a watchdog on negotiators to make sure they deliberate in good faith, the CCMP Fellowships helped to make developing countries more resilient in the face of climate change impacts and more understanding of the potential benefits of addressing this challenge.

“Being in Cancún helped me to report back home on issues that Guyanese are interested in. I could not have done that were in not for the Climate Change Media Partnership. I was the only journalist from Guyana in Cancún.” - Neil Marks, Kaieteur News, Guyana

The Fellows’ presence at COP16 created an incentive for the delegations to put their best foot forward – if there would be no one present to hold them accountable, it would be easier for country delegations to participate minimally, while telling the public otherwise. The watchdog role of the journalist, certainly a journalist from a country where the average media house cannot afford to send a media professional to an expensive UN conference, is not to be underestimated in this context. Often, certain developing countries do not have one single member of their national press present at the UN climate change summits. It must also be noted that some country delegations are not willing to talk to journalists from their own countries, possibly because of certain rules within their delegations.

At COP16, the possibility of an agreement on the UN programme REDD+ (Reducing Emissions from Deforestation and Forest Degradation) was one of the most high-profile topics on the table. The REDD+ programme is controversial at times, mainly because it could affect the rights of indigenous peoples that are dependent on forests for their livelihoods, and therefore be an unsustainable solution to climate change. The CCMP staff and Fellows split into three groups and visited three separate REDD+ pilot projects that are implemented by NGOs and indigenous communities in the Yucatan region.

From the beginning of the Fellowship, it was clear that the COP16 summit would not be as high-profile, and therefore as newsworthy to editors, as the previous summit in Copenhagen. All Fellows were able to get stories published regardless and several informed their CCMP editors that their stories made it to the front page or homepage of their media house.

The 2010 CCMP Fellows produced an estimated total of 400 stories during the COP16 climate summit. This is a high story per journalist average, especially considering the fact that editorial demand for reports from the Cancun conference was much lower than during the 2009 COP15 conference in Copenhagen. The EJN Fellows from the US, meanwhile, produced approximately 75 stories.

As we have heard from this year’s Fellows, and know from the previous CCMP Fellowships, the Fellows’ experiences and the contacts they made during the two weeks they spent in Cancun have given them a wealth of information and story ideas for future reports.

The CCMP Fellows, and their reports from the conference, were able to reach a combined audience of millions. Not only were their reports published in their 26 home countries, they were often published online as well in international languages that have a wider-than-national reach. Their perspectives were able to reach audiences on other sides of the world, including those in the developing world. In addition, the journalists produced stories for the CCMP website. That said, stories produced in small, local languages are also able to have a significant impact in local communities. 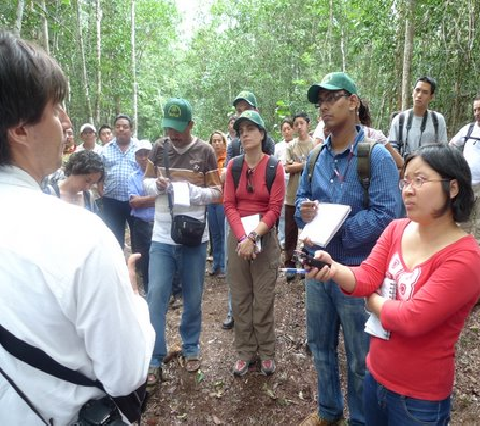 Journalist Abu Rushd of Bangladesh Thanks You 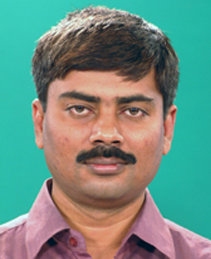 As final preparations for our trip to Cancun with the fellows are being made, we would like to thank our Global Giving donors once again for your support. The importance of local media, especially in regards to climate issues, cannot be understated. In reporting back to their home country about big, international events like COP16, journalists are able to tell readers the information that is most relevant to them. For example, Bengali communities can read stories about how they are being represented at the COP16 and how climate change will specifically affect them from the perspective of a Bengali journalist.

With the COP16 climate meetings in Mexico rapidly approaching, our journalist fellows are more excited than ever. As climate change fellow Abu Rushd said, “I have already talked to some of the media I usually write for and they were happy to know that they will have someone covering the summit. I am excited about the opportunity to cover a worldwide event that will allow me to get close to some of the most important voices on climate change...I hope to be able to talk to people affected by climate change and learn about their adaptation plans. I am also excited because I hope to gain more knowledge of climate change, more contacts, and more publications to write for back home.”

Because of your support, Abu and several other journalists from developing countries will have the opportunity to cover climate change and gain valuable skills and training.

Journalist Beverly Natividad thanks you

Thanks in part to our generous donors from Global Giving, Internews’ Earth Journalism (EJN) is ramping up for the climate change negotiations in Mexico later this year. EJN has awarded Beverly Natividad of the Philippines a fellowship to receive environmental journalism training, support and access to the UN’s COP16. She details below what the fellowship means to her as professional journalists from a developing country.

Beverly Natividad - “I am confident that the fellowship experience will help me communicate climate change issues better to Filipinos. With very little participation and voice in the international scene, Filipinos in general never see much value in multilateral talks. But, climate change issues are different. While a small country like the Philippines may have contributed so little to the problem, it is reeling the most from its effects and stands to suffer the most from apathy. I am trying to change this local view. I am hoping that relating to journalists from other countries and seeing how climate negotiations are done in an international arena will widen my own perspective on local issues, and improve my stories in general.

I couldn't be thankful enough for the opportunity to attend the fellowship again this year. Attending Copenhagen last year opened me up to a whole new set of information, perspectives, skills, resources, and experiences that I certainly would not have received while covering climate change issues close to home or reading about it in the wires. The experience improved my skills as a reporter and has benefited my media house. Having covered Copenhagen, and seeing its lamentable end, I felt as if the story wasn't over yet. Among daily reporters (and our editors), we always discuss story follow-ups since stories are always unfolding and new angles are unraveling. Covering COP16 is one big follow-up for me - albeit a year later. Since Copenhagen did not give any closure, I am most looking forward to this year's climate summit to provide answers to questions that were left hanging. I also want to see how the multilateral climate talks will change (if at all) moving forward, especially after its loopholes were exposed in Copenhagen. I am going into the coverage knowing that no deal may come out of this year's talks (based on a recent pronouncement by [Secretary-General of United Nations] Ban Ki-Moon) but I think it will be worth the trip to see how climate financing for developing countries will finally get on its way.” You’re helping reach millions with environmental information by funding journalists like Beverly Natividad. Thanks for your support of this project.

GlobalGiving
Guarantee
Donate https://www.globalgiving.org/dy/cart/view/gg.html?cmd=addItem&projid=5677&rf=microdata&frequency=ONCE&amount=25
Please Note
WARNING: Javascript is currently disabled or is not available in your browser. GlobalGiving makes extensive use of Javascript and will not function properly with Javascript disabled. Please enable Javascript and refresh this page.