Food and Water for Gaza 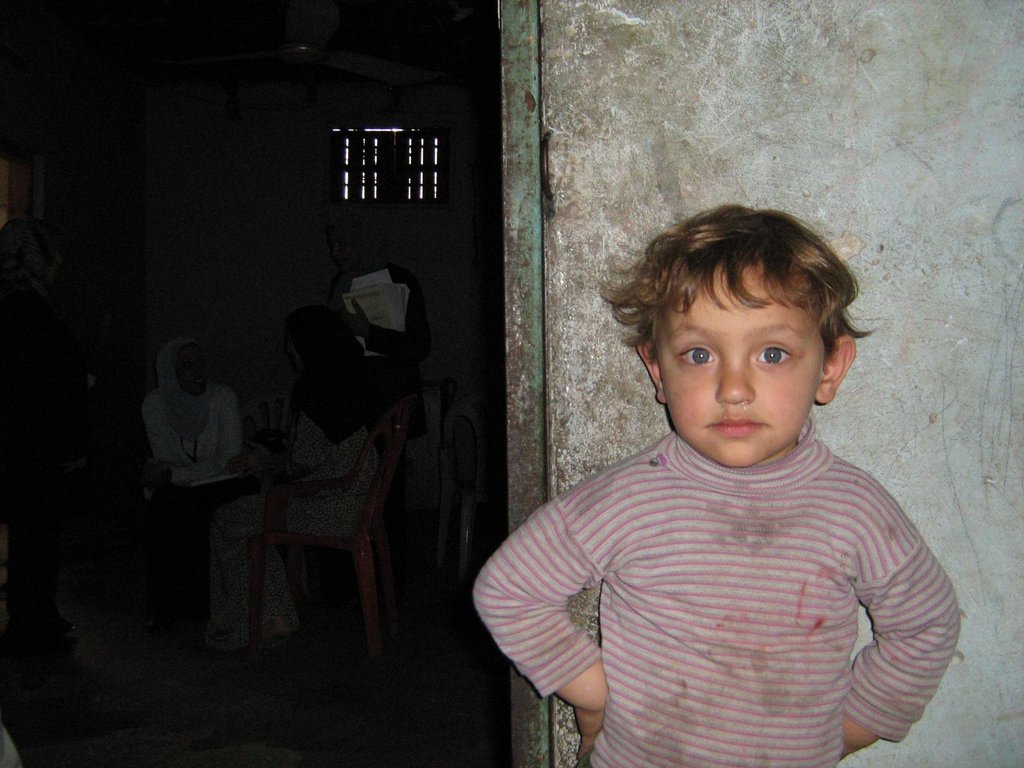 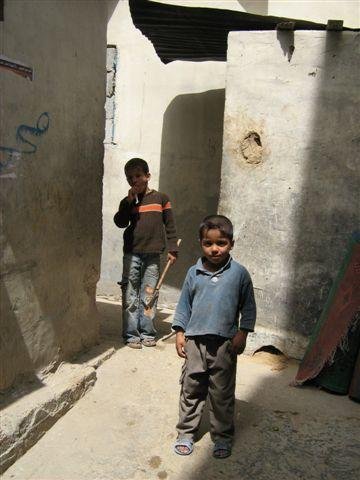 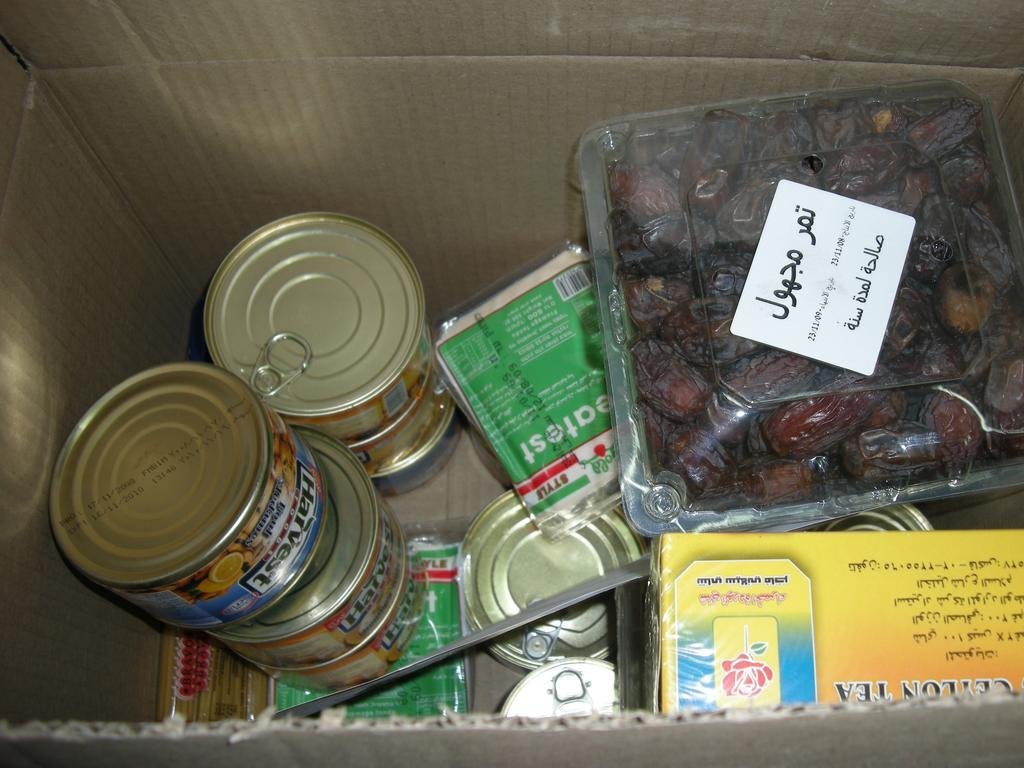 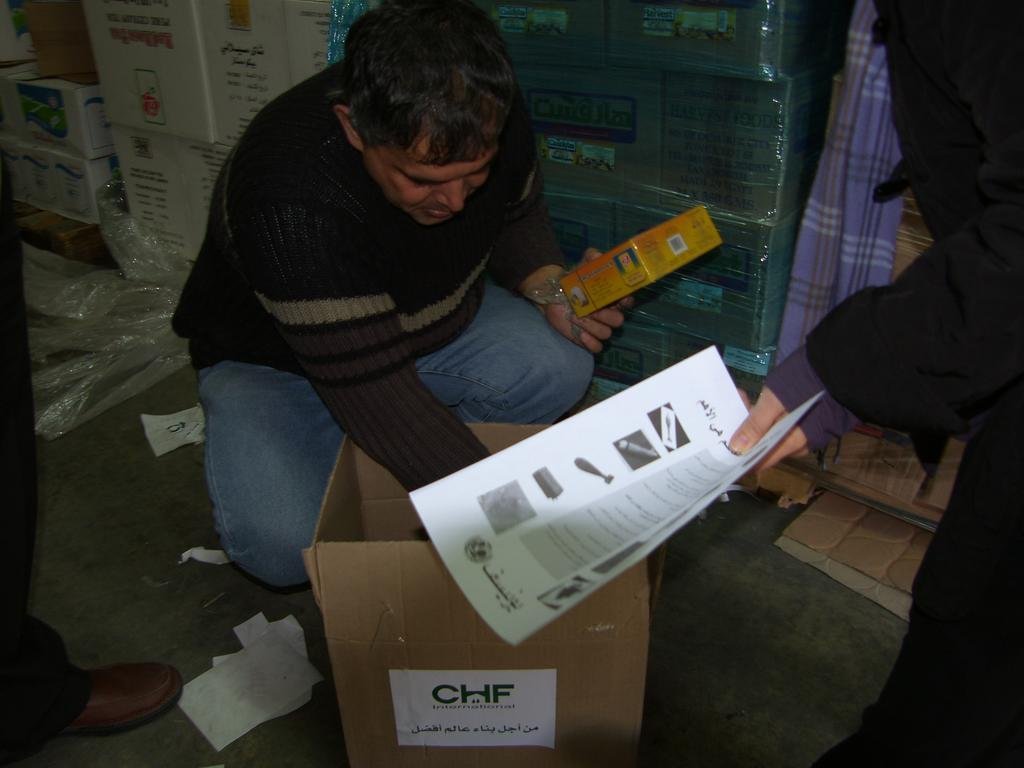 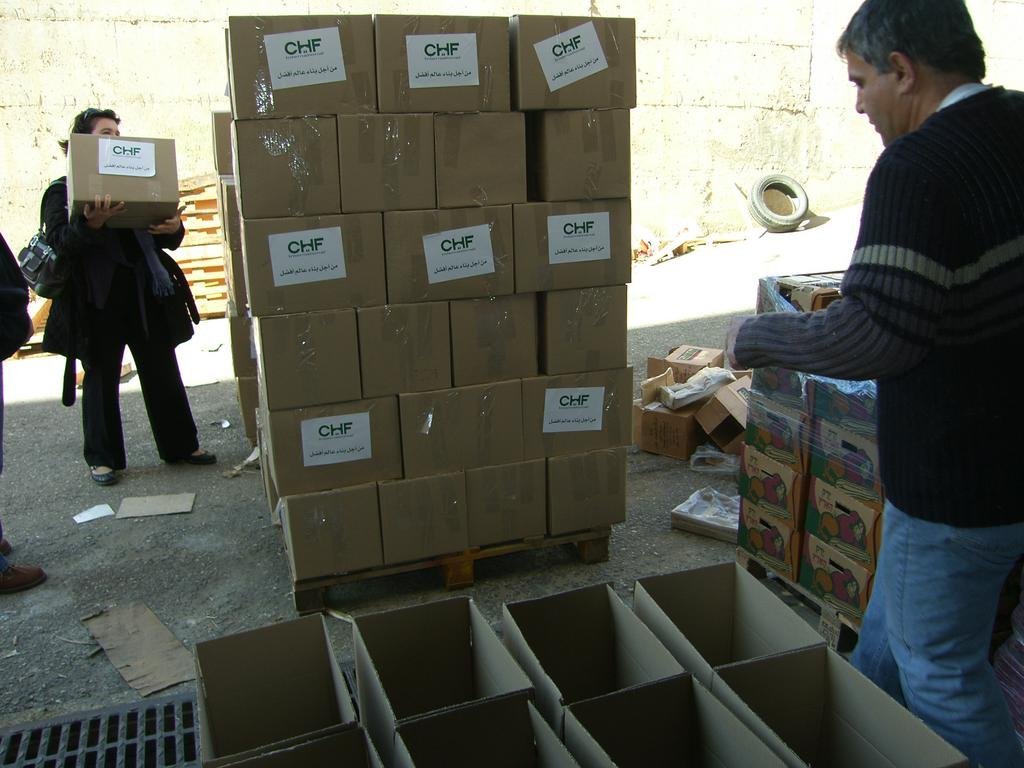 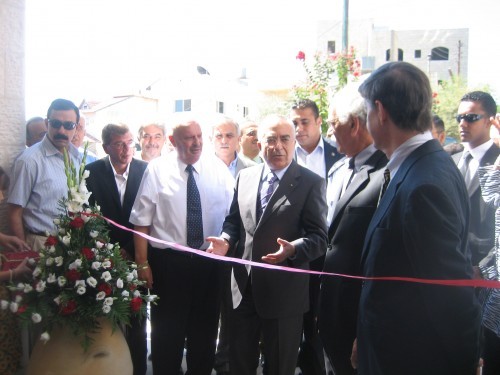 During the opening ceremonies, Dr. Fayyad praised the project saying, “This project helps spread knowledge and education among generations.” He also added, “The implementation of this project within 10 months shows the commitment and dedication of the Beit Jala municipality and CHF to the development process.”

Mr. Jacob Walles, who had attended the cornerstone laying for this project in October 2008, congratulated the Mayor and the residents of Beit Jala, for “This remarkable building and accomplishment. The municipality of Beit Jala and CHF have been great partners for us and USAID in helping implement this project.” Remarking on CHF’s participatory implementation methods, Mr. Walles added, “The other thing that impresses me is that the idea for this library came from the people here in Beit Jala and was developed by the municipality. It’s a very good model of how to do development projects across the West Bank and Gaza.”

The two-story library was built to benefit the more than 10,000 citizens of Beit Jala, including the hundreds of university students who attend nearby Bethlehem University. Aiming to enhance the services provided by local governance structures throughout West Bank and Gaza, CHF’s Local Democratic Reform Program, funded by USAID, invested $300,000 to build this essential cultural and educational facility. Confirming the need for such a facility, the Palestinian Authority, Beit Jala municipality and the local community contributed US$180,000 to make this project possible. Work on the facility began in October 2008, and generated more than 3,000 temporary working days, in addition to six permanent library staff to take care of the book collections and the organization of library-hosted events.

The public library was selected and designed through a joint municipality-community effort, facilitated by CHF International’s office in West Bank/Gaza. Since 2005, CHF’s LDR project has increased the capacity of Palestinian Local Governments Units to better serve their citizenry and to adopt democratic participatory approaches, on both local and national levels.

CHF has been working in the West Bank and Gaza since 1994. Since 2005 we have been blending our expertise with the UN World Food Programme’s resources to provide assistance to the region’s poorest families. The Gaza Strip has experienced intractable instability and conflict for years. CHF’s Food for Work program focuses on the rehabilitation of vital services such as road maintenance, agricultural activities and water system maintenance among others. Workers contribute 20 hours of work in exchange for 120 kg of food including five basic staples. CHF’s work with the World Food Programme has also expanded to cover the three main governorates of the West Bank. The Food for Training program works to ensure that women are adequately represented among those receiving food and aims to ensure that they are the prime recipients of food packages. They receive training that focuses on health, nutrition and income generation activities which gives them the opportunity to help their families and benefits the community as a whole. Since 2004, over 210,000 Palestinians have benefited from food, workforce development and training in the program, enabling them both to feed their families and also gain vocational skills essential to finding employment that will allow them to direct their own lives. 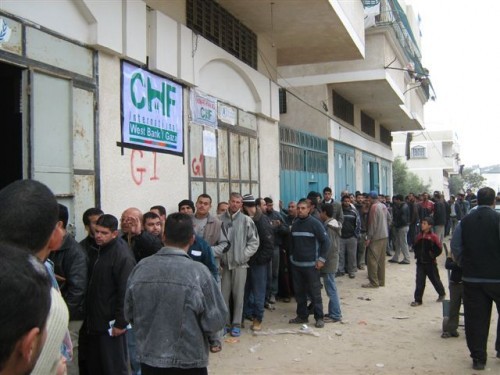 When the fighting ends, the rebuilding begins. Since the ceasefire between Gaza and Israel was declared on January 18, 2009, CHF has continued to aid the citizens of Gaza with food, shelter and other basic necessities.

As well as food, CHF has distributed plastic sheeting and tape to hospitals, schools, partner NGOs as well as public individuals. Over 900 rolls of plastic have been allocated to almost 400 hospitals and over 100 schools. Plastic sheeting is a staple of emergency response: it provides increased protection from the elements and allows the activities of these buildings to continue, albeit on a reduced scale. 670 rolls of tape have also been distributed, to permit the benefits of the sheeting to be effectively realized.

CHF is committed to helping the citizens of Gaza rebuild, but it will not happen overnight. These programs will continue in the long term to further assist in the reconstruction process.

CHF in the Palestinian Territories

CHF International is one of the largest implementing agencies in Gaza. Our current programs include a food for work program, implemented jointly with the United Nations World Food Programme (WFP), through which we provide food baskets of wheat flour, beans and oil in exchange for community service work. CHF International implements a USAID-funded local governance program, working with six municipalities to improve community services and basic infrastructure. CHF International also manages a microfinance program which provides housing and small business loans.

Since 1994, CHF has successfully managed 12 programs in the Palestinian Territories designed to support local democratic reform, infrastructure and emergency job creation, community services, and development finance. CHF’s diversity of programs is testament to the fact that we are a dynamic organization that is able to effectively meet a variety of changing needs. CHF is skilled in implementing programs that bring together a variety of partners and is recognized by multiple funding agencies, Palestinian community leaders, municipality officials, and NGOs for our ability to rapidly respond to needs on the ground and make tangible and lasting improvements.

Mohammad Sabe, CHF International’s Food Security Program Manager, and Mohsen Ghazali, CHF’s Shelter/Non-Food Items Program Manager, are both based in Gaza City. Sabe is in charge of the distribution of food aid provided by the United Nations World Food Program and other donors to roughly 200,000 non-refugees in the Gaza Strip. Ghazali joined CHF during the conflict to manage the shelter and non-food distribution programs.

During the 22-day Israel-Gaza conflict, they worked continuously with CHF’s Gaza-based staff to distribute a two-month food ration to people in need, as well as emergency non-food items and hundreds of rolls of plastic sheeting.

Now that a ceasefire is in place, both say the real work of supporting thousands of Gazans has to continue, as the war seriously exacerbated an already dire situation coming on the heels of an 18-month Israeli blockade of Gaza.

Here are excerpts of a Feb. 2 conversation with Sabe and Ghazali about their work with CHF in Gaza:

Q: Now that the situation has calmed down, what are CHF’s priorities in Gaza?

A: Mohammad Sabe: The priority now is to distribute the 2,300 parcels of food and other items to five governorates in Gaza. They are intended for internally displaced people that were most affected by the fighting. Thousands of people need not just food, but also basic supplies, such as hygiene kits, candles, warm clothing and blankets – lots of things.

Today we transferred the parcels from the border crossing to five CHF warehouses. Tomorrow we’ll start to distribute them to the people. We expect another shipment of similar items to come in next week which will be distributed to 3,400 families.

Q: Were you doing this work during the conflict?

A: Mohammad Sabe: During the conflict we managed to get food to more than 110,000 people by distributing WFP food aid that was already in our warehouses as well as aid that was brought in during the fighting. We’ve also given out a lot of plastic sheeting.

A: Mohsen Ghazali: Yes, during the conflict when they would declare a few hours ceasefire we immediately used the time to distribute plastic sheeting to hospitals, individuals, universities and non-governmental organizations. In total we’ve distributed more than 10,000 rolls, in fact. It was the quickest way to weatherize affected shelters and facilities. Still, hundreds of families remain without basic shelter.

Q: Have you started helping people rebuild houses that were damaged or destroyed in the fighting?

A: Mohsen Ghazali: No. This is a huge project that will need a lot of coordination with the UNDP and UNRWA [United Nations Development Program and United Nations Relief and Works Agency]. There are many obstacles, including that Israel has not allowed cement and other building materials to cross the border into Gaza. It will take time before we can begin any serous kind of rebuilding.

Despite these difficulties, we will complete by Feb. 5 an assessment of residential homes that were damaged or destroyed in the fighting. In the next few days, we will be distributing more plastic sheeting to the ones that are partially damaged.

Q: What about rebuilding?

A: Mohsen Ghazali: We’ve hired 34 engineers to assess in greater detail, house by house, what the damages are and what it will take to rebuild. But, to be honest, we’ve been frustrated by the lack of cement and other building materials. Someone suggested bamboo, but there is no bamboo in Gaza. So we’ve changed our design to use wood and plastic and we hope to find sufficient quantities of wood in Gaza to test the model in the most affected areas.

This makes things very difficult at the moment, but we are hoping that cement and other building materials will soon be allowed through the crossing points. In the meantime, we hope to at least construct temporary shelters with plastic sheeting, tarps and wood poles. Some people are using tents, but really tents are not a feasible housing alternative for more than one month.

Q: Are a lot of Palestinians living in tents?

A: Mohammad Sabe: Well, we’re not sure of the exact number. But there are many [tent] camps now. You can see them in East Jabaliya, about 300 tents, and another 300 in Izbet Abed Rabbo. Both areas were severely damaged during the fighting. But we don’t know the exact number. Many people are staying with relatives or host families.

Q: What is the mood of the people now?

A: Mohammad Sabe: People are happy with CHF’s help. We hear this from them all the time. As for the big picture, some people are worried. People who lost their houses are very worried. They are looking for help.

Q: What do people ask for most?

A: Mohsen Ghazali: People ask most for shelter and rebuilding supplies. However rebuilding supplies are the hardest to get in. We have to tell them that there is no cement being allowed in and no building materials available at the moment.

Q: Are you finding that CHF’s efforts are having an impact?

A: Mohammad Sabe: Well, the work is easier than during the conflict, when we took alternative routes to our warehouses to avoid bombing raids and street fighting, and used the 3-hour ceasefires to try to distribute to people in critical need. We didn’t even use the ceasefires to get supplies for our own families.

Now, we’re no longer worried that our warehouses might be damaged or looted. People appreciate what we’ve done during the war and respect our transparent way of selecting the neediest recipients.

But it is still an uphill climb. There isn’t a big sense of security among the people. There are a lot of obstacles to overcome to rebuild what has been destroyed.

Q: Thank you, Mohammad and Mohsen

This is a map of CHF International's ongoing emergency operations in Gaza.

Find another project in Palestine or in Disaster Response that needs your help.
Find a Project

GlobalGiving
Guarantee
Donate https://www.globalgiving.org/dy/cart/view/gg.html?cmd=addItem&projid=2536&rf=microdata&frequency=ONCE&amount=25
Please Note
WARNING: Javascript is currently disabled or is not available in your browser. GlobalGiving makes extensive use of Javascript and will not function properly with Javascript disabled. Please enable Javascript and refresh this page.