Disaster Recovery for 11,000 people in Fiji 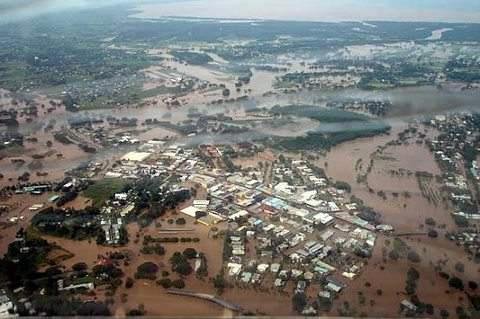 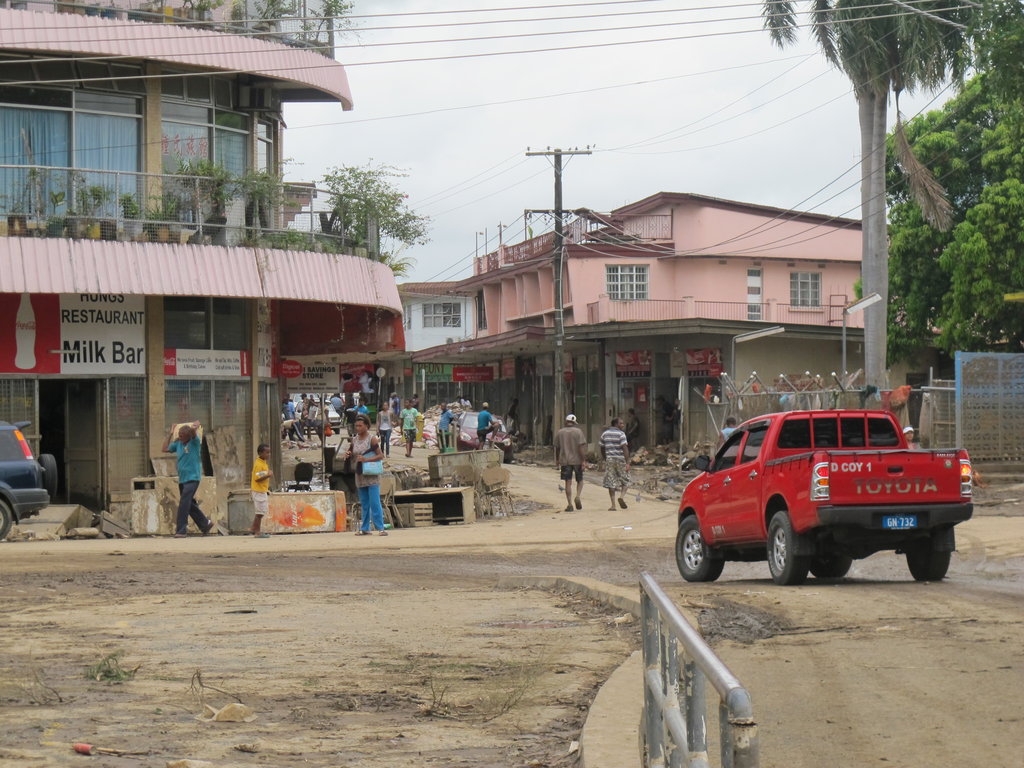 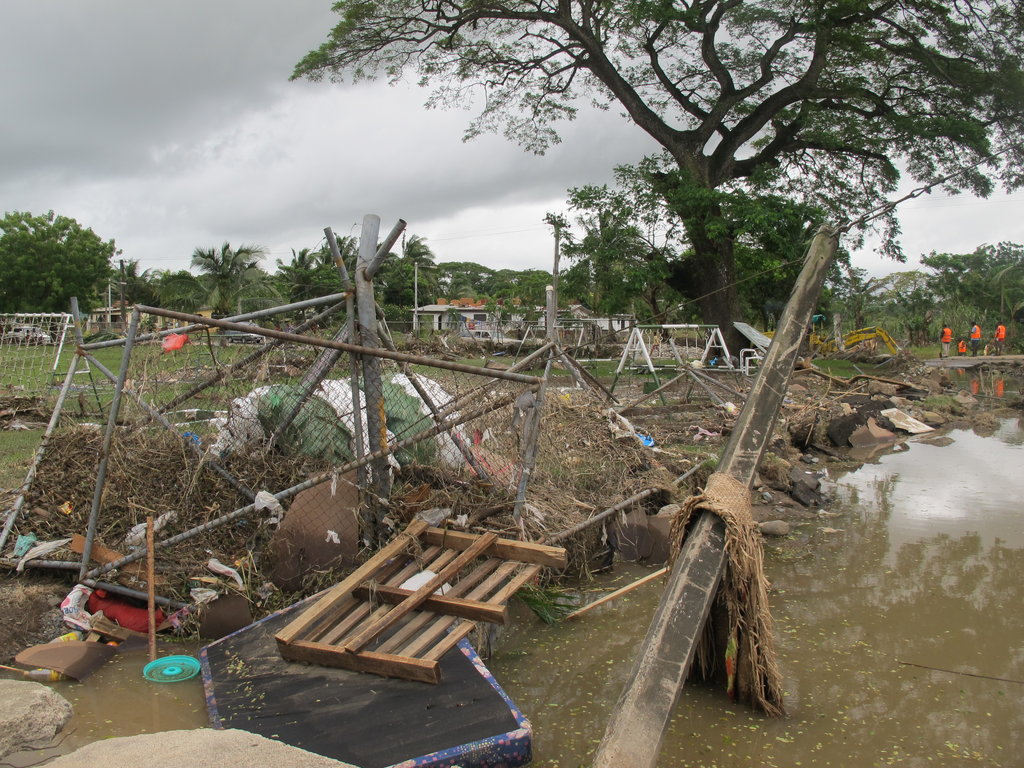 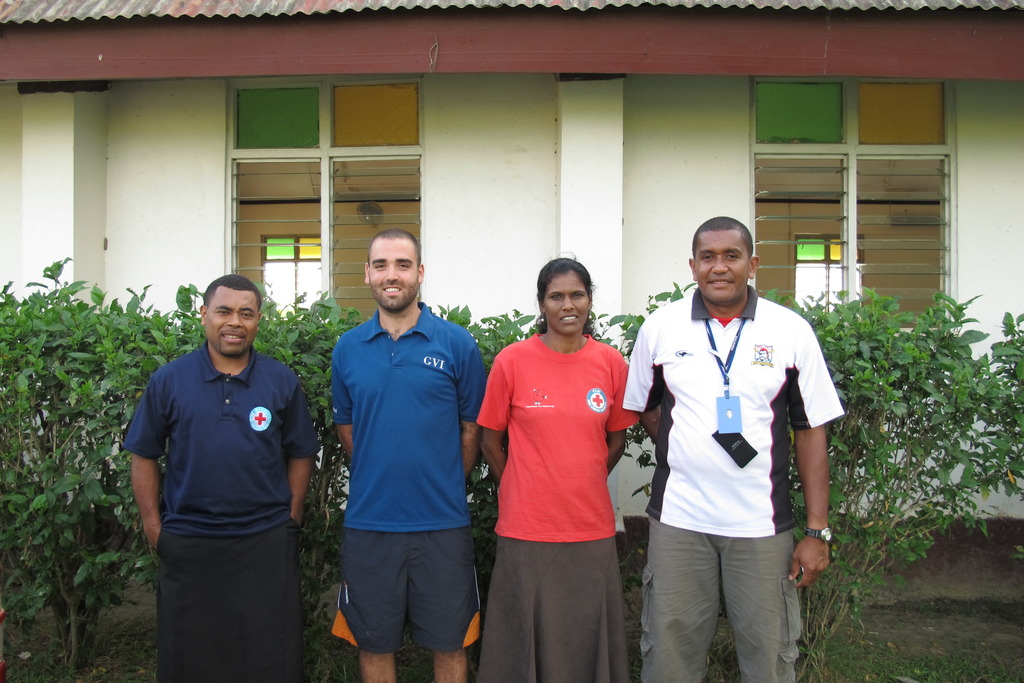 In the months following the March 2012 floods, the Western Division of Viti Levu has taken on the huge task of recovery and restoration. With many homes destroyed and settlements heavily damaged, thousands were left with very little. Health concerns spread through-out the region as some incidents of water borne disease outbreaks in flooded areas were reported and water catchments and supplies were contaminated by the flood waters.

Today, though much of the region has recovered, many people are still struggling under heavy losses to personal property and assets. Homes have been rebuilt in some areas, though for many people there is an ongoing struggle ahead. With the cyclone season approaching, in the Nadi basin and other low lying regions of the western division, there are obvious concerns about the growing vulnerabilities of these areas.

After our participation in the distribution of aid in partnership with the Red Cross in April, GVI has continued to have a close relationship with the Red Cross and regional disaster preparedness operations. In the aftermath of the March Floods, GVI Fiji ‘s Country Director, Dan, joined the Red Cross as a local volunteer and a few months later was nominated and elected an Executive of Nadi Red Cross. GVI has since participated in a week long, Disaster Risk Reduction Trainer of Trainers course and have helped to facilitate Disaster Risk Reduction workshops in Flood affected villages of the Nadi Basin.

Our continuing involvement and support of the Nadi Region and the Red Cross was made possible through the compassionate donations that enabled GVI to fund Disaster Relief operations in April. Thank you for this much needed support! 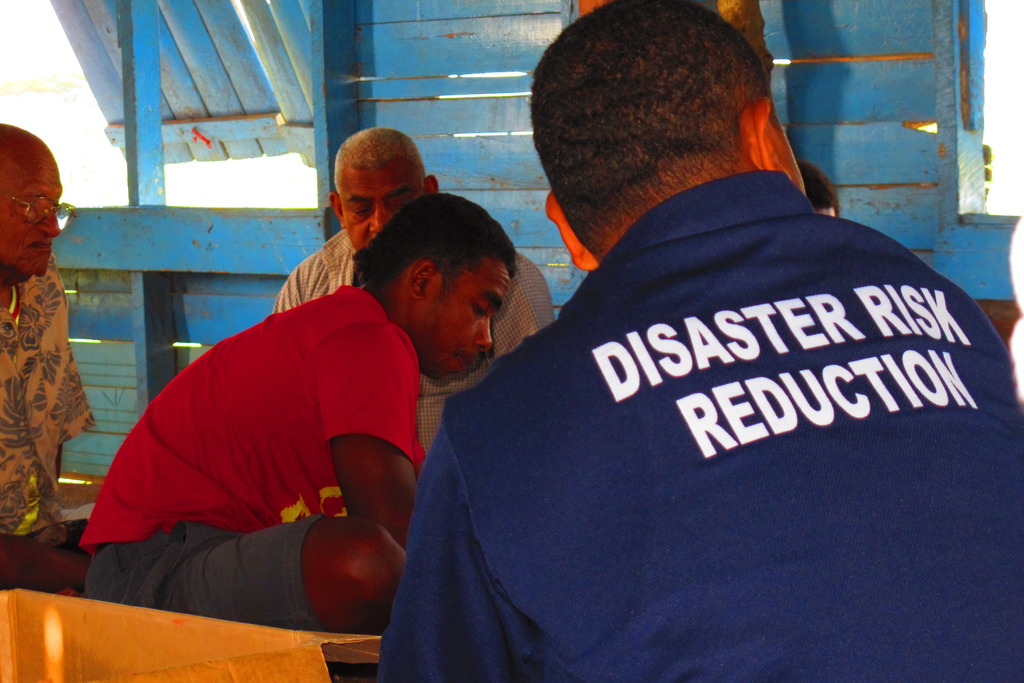 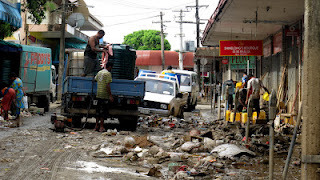 In the aftermath of the March 30th floods here on the west coast of Viti Levu, there is continuing debates as to how to mitigate and prepare for further disasters and various organizations have begun programs focused on Disaster Risk Reduction through awareness and strategic planning. After GVI's involvement in the Disaster Response efforts in April and the mobilization of volunteers alongside the Red Cross distributing aid in the worst hit areas in Nadi , we have received recognition and thanks from both the Nadi Red Cross president, the Divisional service center coordinator, and the Director General of Fiji Red Cross. By representing GVI as a volunteer organization we have been able to look at interlinking some of our future plans in the Yasawas to the Disaster Risk Reduction strategies of the Red Cross who hope to extend their awareness campaigns to the outer islands later this year.

Two weeks ago Dan Lund, GVI Country Director of Fiji attended a one week training course in the Sabeto Mountains alongside Red Cross representatives from every district in Fiji. The goal of the course was to train participants as Disaster Risk Reduction Trainers as well as practitioners of Vulnerability and Capacity Assessments. Participants were taught how to become advocates of best practice when it comes to planning and preparing for disasters. Guest speakers included representatives from the International Federation of the Red Cross (IFRC), Disaster Coordinators from head office, and Representatives from the Ministry of Health. Over the period of 6 days, participants practiced a number of assessment tools and awareness building strategies in a team setting which culminated in personal presentations to the group on an assigned topic on the final day. Interestingly many of the topics covered in the course in relation to ways to better prepare a community for disaster and ensure its long term security tied in closely with GVI's current initiatives in the Yasawas with major emphasis on water security, water management, food security, new agriculture, and improved health awareness.

After qualifying, all participants will now be heading out to various key communities to run trial Disaster Risk Reduction workshops all across the country. The participants will carry out in depth assessments of the village’s vulnerability to disaster as well as their current capacities to deal with these risks. Last week Dan and various stakeholders from Nadi met in Nadi town to discuss the best way to identify the most vulnerable areas in the Nadi District and use these as a starting point for the Red Cross volunteers carrying out the assessments. The meeting successfully identified two of the most vulnerable settlements in the area. Ratu Meli, Vice President of the Red Cross and also a trustee on the board of the Yasawa Trust, made references to the GVI water program in the Yasawas when issues with water security techniques were raised during the meeting. 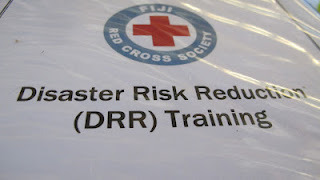 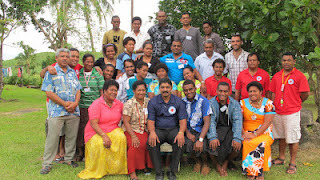 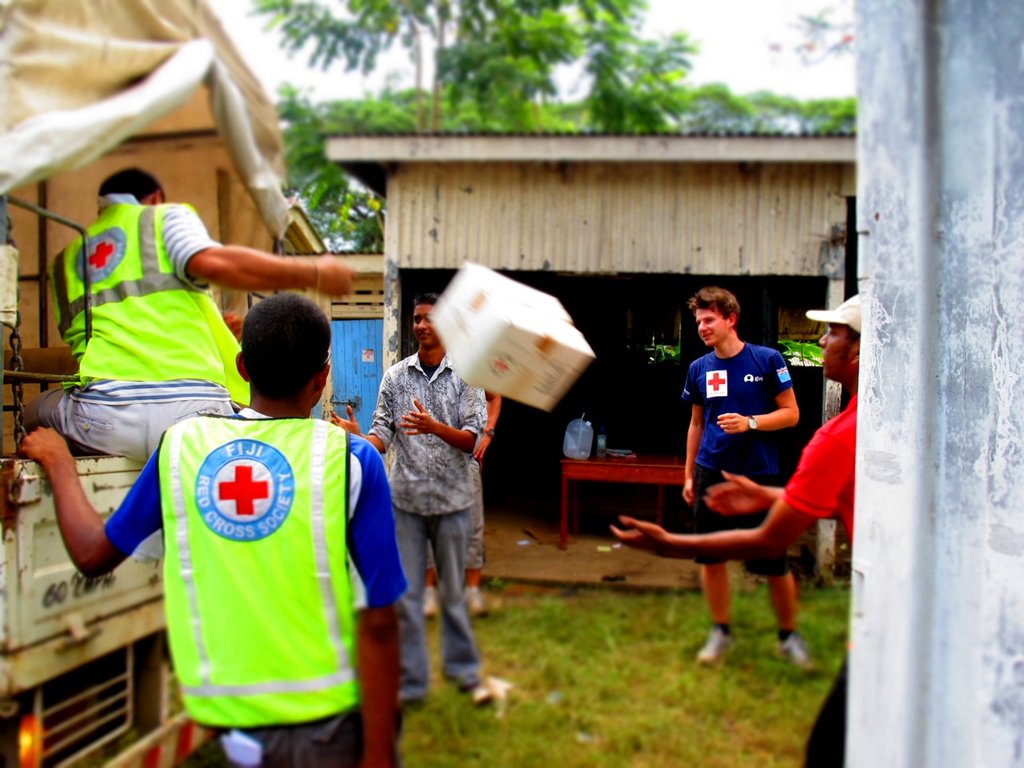 Following upon support for the project GVI Volunteers and Staff returned to the mainland to take part in disaster relief efforts following the recent flooding disaster in the western district of Viti Levu. A temporary base was currently set up in Martintar near Nadi Town and we have been deploying volunteers to the field with the Red Cross for the past week to perform disaster damage assessments and to distribute aid packs. GVIs partnership with the Red Cross has enabled us to provide much needed human resources in response to what has been Fiji's most widespread and devastating flood. The Yasawa Trust Foundation were hugely supportive and provided both the Red Cross and GVI with transport solutions throughout the program here on the mainland.

Over the past 5 days our volunteers have visited dozens of different areas and assessed the needs of hundreds of families. Dr Mohammed Yunush, the president of Nadi Red Cross asked GVI donors to accept his sincere appreciation for the ongoing support and invited resident staff to join the Red Cross as permanent members.

Our blue t-shirts branded with bold red crosses were seen all over Nadi this week from the rural southern settlements to the outer urban areas. SUV's, trucks, vans, and buses unloaded our teams at various drop points in a military fashion. Houses were surveyed, villagers interviewed, and data collected. In other areas hundreds of boxes were loaded and unloaded. Water sanitation packs from UNICEF, hygiene packs from AusAid, clothing, cookware, tarpaulins - were hand distributed to each assessed family.

The damage to personal property and homes has been extensive. The experience of visiting these areas and assessing the damage has been very moving for all involved as we have seen first hand the losses of individuals. In a country where people have very little and live in homes that are extremely vulnerable, in an area still recovering from the January floods, this most recent flood has taken a serious toll on the people of the western district. Please help us fund-raise to ensure that those affected by this disaster have the support they need to recover. 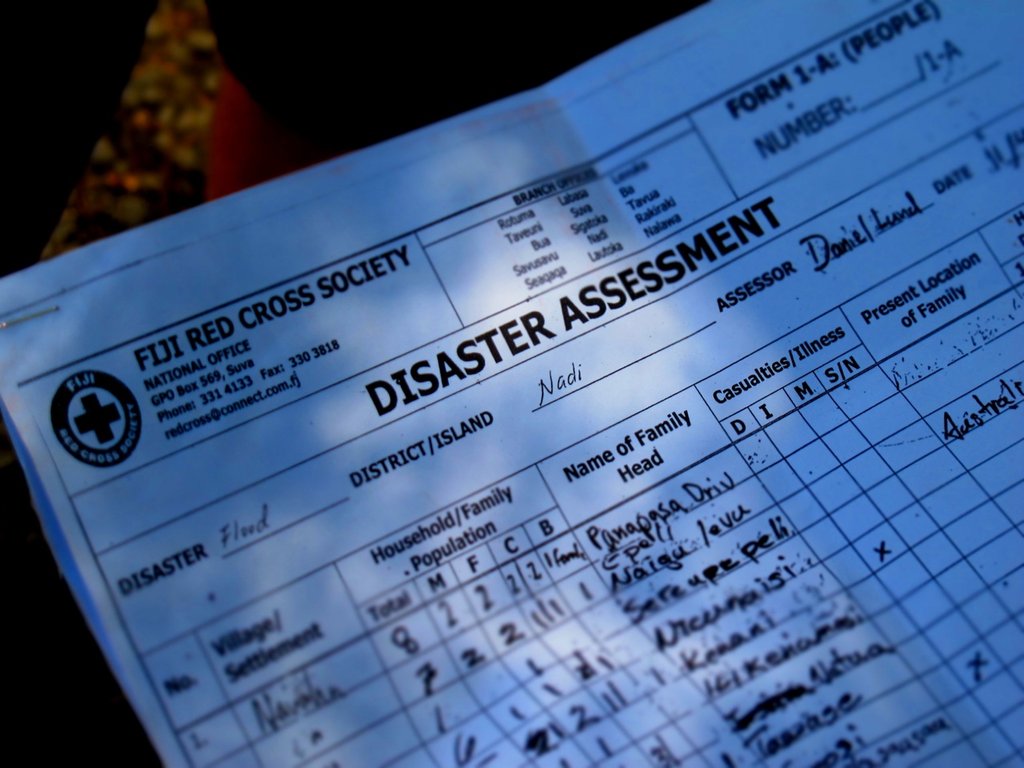 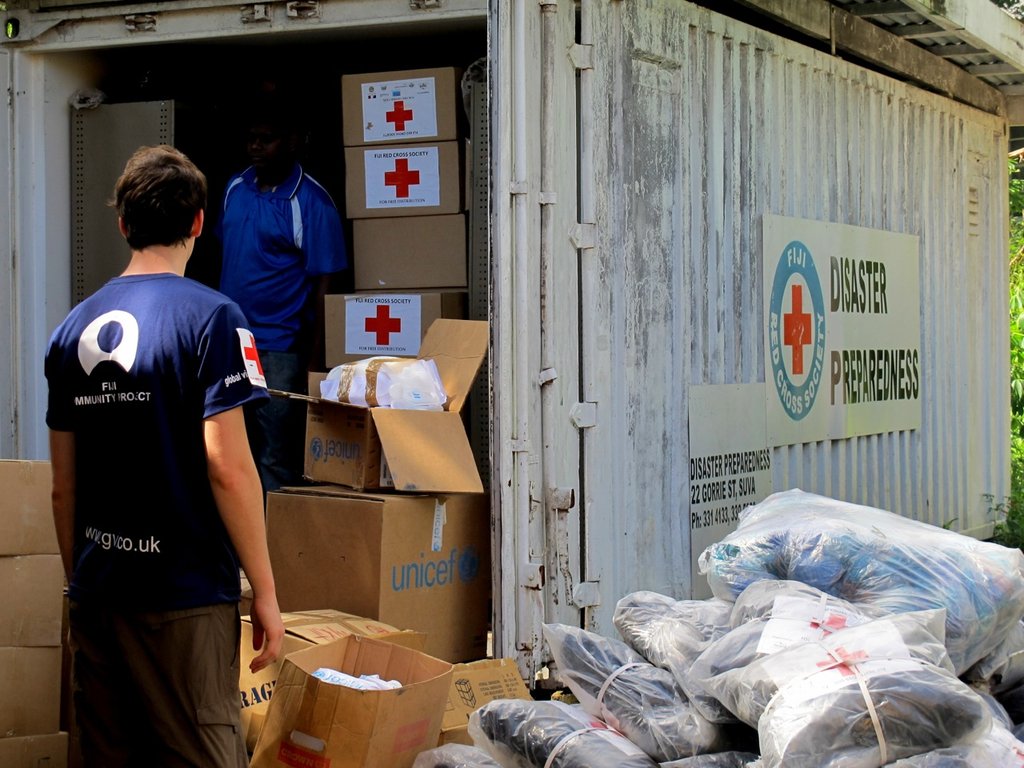 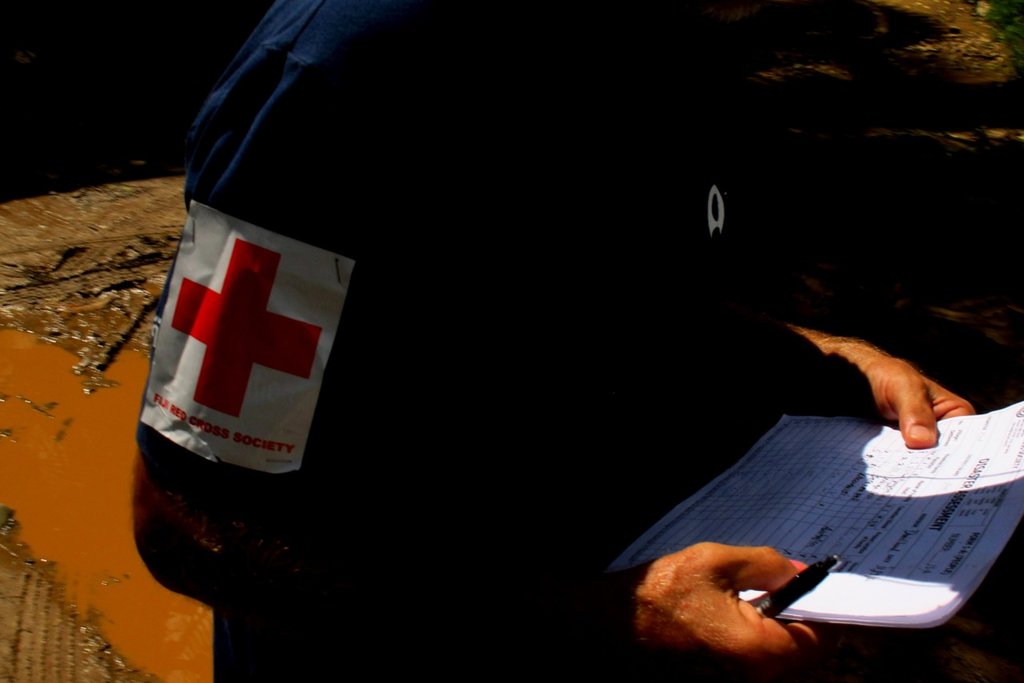 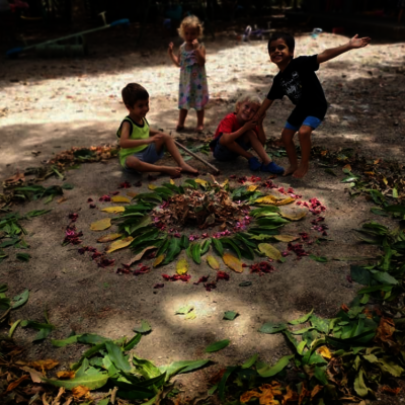 GlobalGiving
Guarantee
Donate https://www.globalgiving.org/dy/cart/view/gg.html?cmd=addItem&projid=10378&rf=microdata&frequency=ONCE&amount=25
Please Note
WARNING: Javascript is currently disabled or is not available in your browser. GlobalGiving makes extensive use of Javascript and will not function properly with Javascript disabled. Please enable Javascript and refresh this page.