Cancer in Kenya: Giving a real chance of recovery 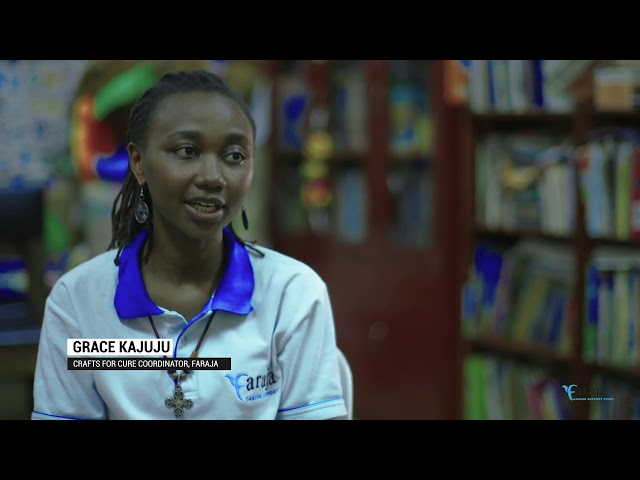 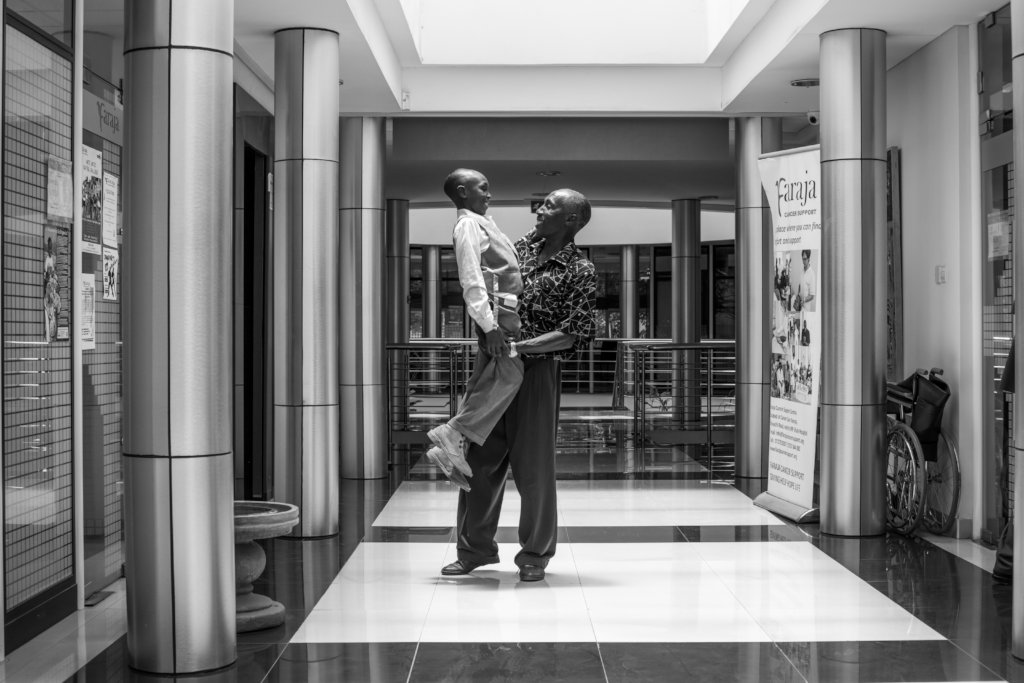 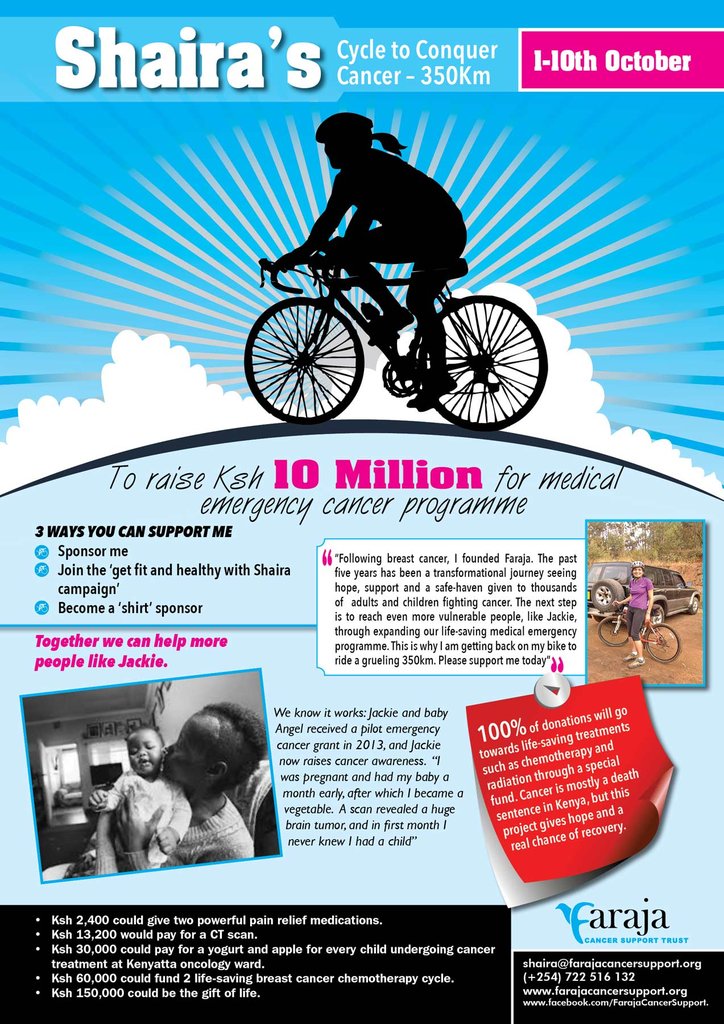 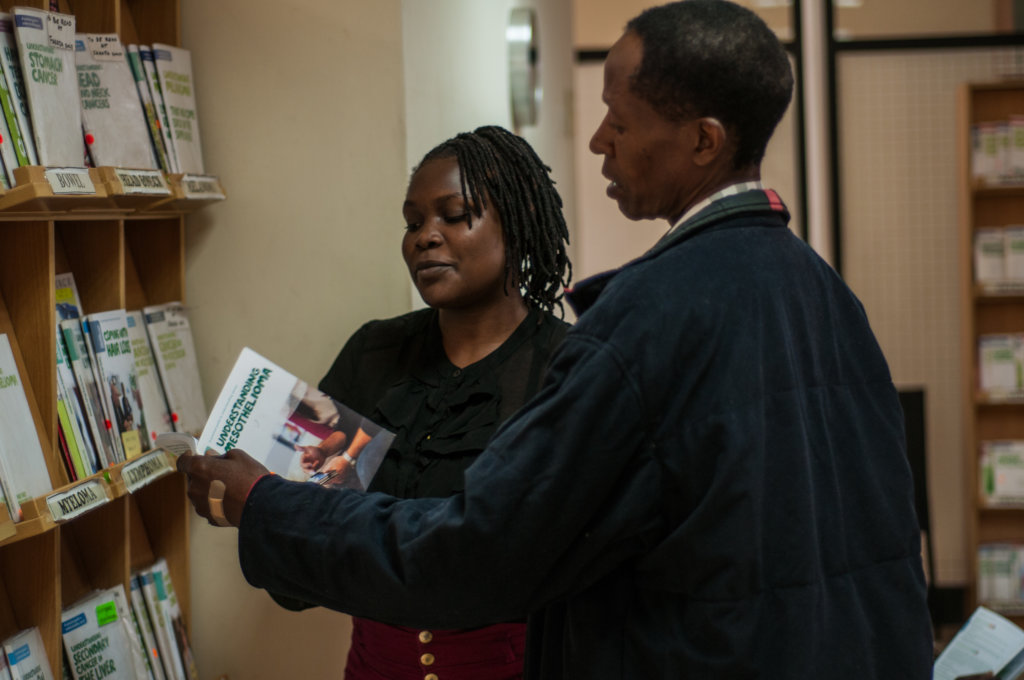 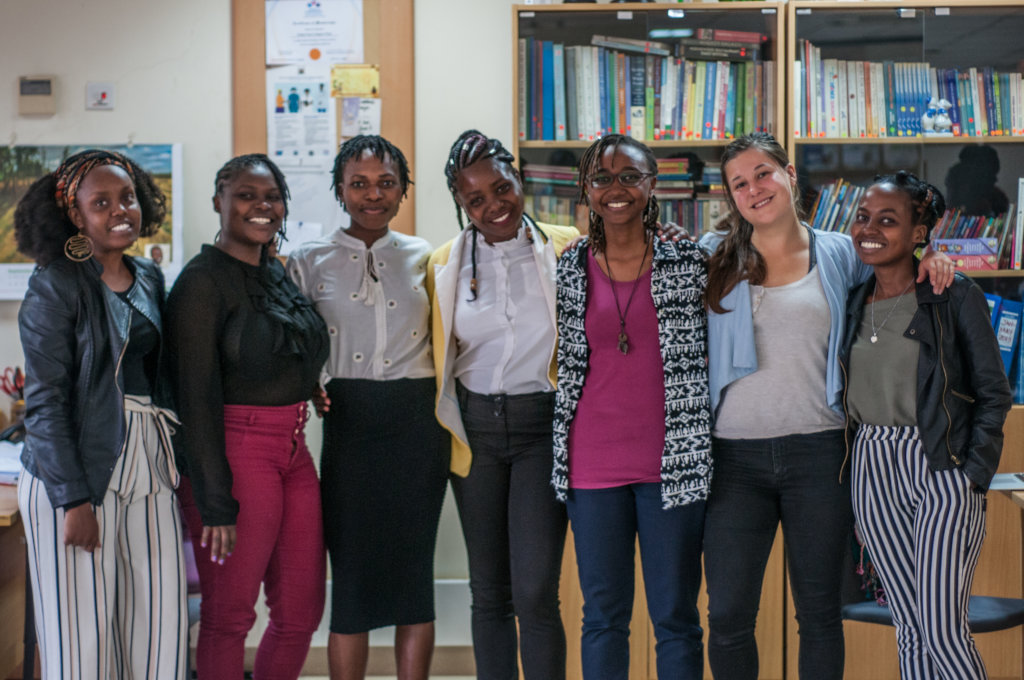 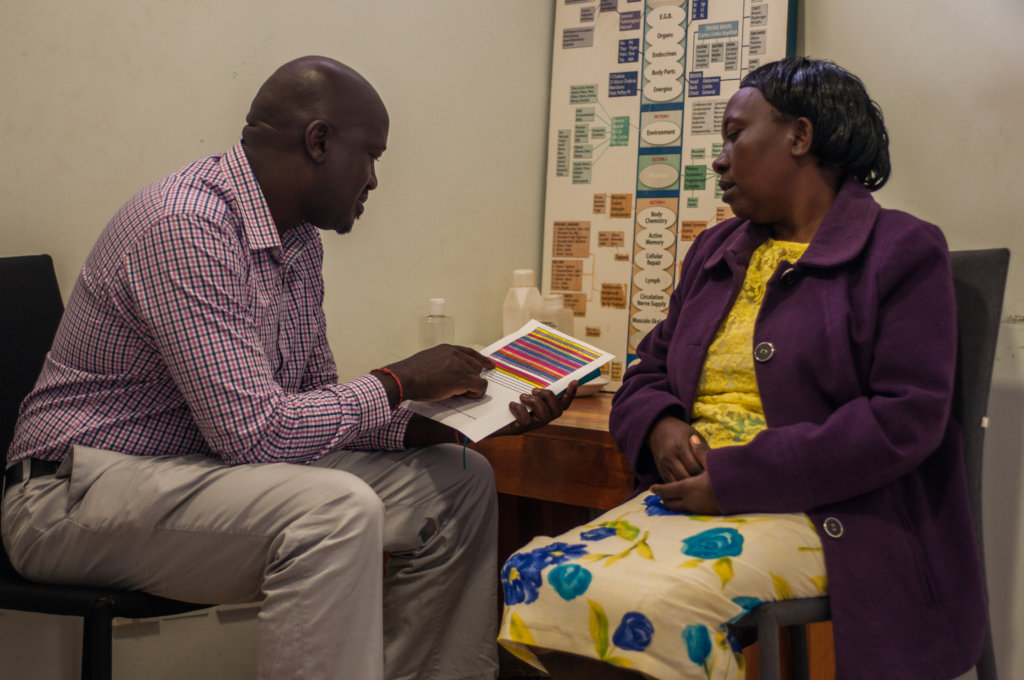 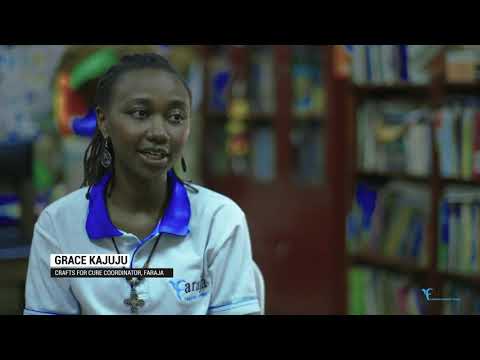 When seeking refuge saves your life 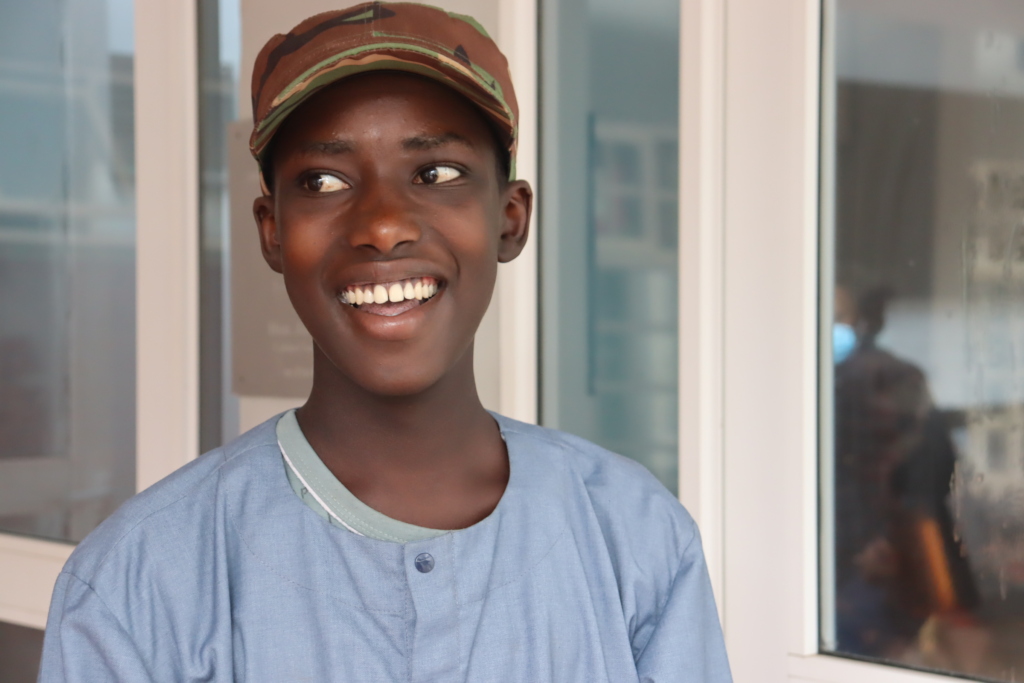 Gacore excited about the prospects of his future

18-year-old Gacore, a teenager from DRC Congo was full of hope for a new life as a refugee in Uganda. But even the experience of being a refugee would not have prepared him and his family for the long trip that fate seemed to have planned.

Gacore first started experiencing pain inside his neck, which he thought was a case of a temporary stiff neck due to bad sleeping posture. But the pains persisted even with neck massages. He chose to ignore it which was a terrible mistake because the pain not only worsened but also progressed to the extent that he could no longer look over his shoulder or make the slightest of a turn with his neck.

As stubborn as the legendary teenager, Gacore still kept silent about his pain and continued to hope that it would somehow disappear. "When you are a refugee, you do not mumble about pain. You bare even the slightest discomfort because you do not have the luxury of dealing with it. Our basic needs are food...anything else is a luxury, even medicine." said Gacore who came for the interview with an interpreter. His native tongue is not English nor is it Kiswahili. He was however eager to get his story across and asked his nephew to accompany him in case he got tongue-tied. Luckily he did not.

Reluctantly, he mentioned the swelling to his brother, who was with him in Uganda. The brother quickly summoned his mother from DRC to come "See Gacore" whose physical appearance was beginning to change. The day his mother arrived in Uganda, she flung her arms around her head and declared in French, “This boy is not well!”

Gacore's mother insisted that he needed medical attention and since she was planning to travel to Kenya, she brought Gacore with her. They were referred to a specialist doctor, who, after the check-up referred them to Kenyatta National Hospital. Kenya's Largest Referral Hospital. After a series of tests, he was diagnosed with cancer of the esophagus (throat). It would henceforth take the effort of both family and friends to get him treatment.

Despite rallying the Kenyan and Ugandan refugee community, getting young Gacore the necessary cancer treatment was proving impossible. He is not Kenyan and does not possess a Kenyan identification card. It, therefore, became a challenge to get him subsidized cancer care through the National Hospital Insurance Fund.

"There is a small community of refugees from DRC in Kenya. They are also struggling to make ends meet. They did what they could for my tests but when it came to treatment..." Gacore stifles a whimper and looks aside. The memories of his cancer journey became too painful for him. After a drink of water, he continued his narration.

One of his mum's friends mentioned seeing a television feature about a cancer center in Parklands that helps people with cancer in Kenya for free. With his brother now with him from Uganda, they went out on a limb and took a public transport van ( called matatu) to Parklands and asked about us. Luckily he was directed straight to Faraja's wellness center within HCG-CCK Cancer Centre.

“I met a lady called Hellen who asked me to fill some forms and take them to my doctor. Something inside me awakened. I had renewed hope. I finished Hellen's assignment in a day and was back at the center with my duly filled forms. I was then told to wait."

His mother needed to go back to DRC and left him in the hands of  Moses his 19-year-old nephew who brought him for the interview.

During the entire interview, Moses sat silently, but when Gacore talked about Faraja, he chipped in. “We all thought we would lose Gacore. We would go to bed not sure that he would be alive when we woke up.” Moses speaks quietly, looking at Gacore as he explains, “He was very sick, but Faraja paid for his treatments and injected life afresh in him.”

“I am just grateful. So many people helped me.” Gacore says and confirms that he is no longer in pain and is looking forward to starting school. “I want to be a mechanic, or machinery engineer.” Gacore smiles with renewed hope. “We can’t repay Faraja; we just pray that the people behind the organization will experience God’s abundant blessing.” Moses says, to which Gacore adds, “I pray for all of you, Dr Adash of HCG-CCK, the people at the offices, counselors, all of you.”

Gacore is one of the beneficiaries of Faraja's Medical Support Fund (FMSF) which has financially assisted patients through treatment from October 2017 to date. A total of 500 patients have been assisted at a total cost of Kshs 50 million ($422,000) 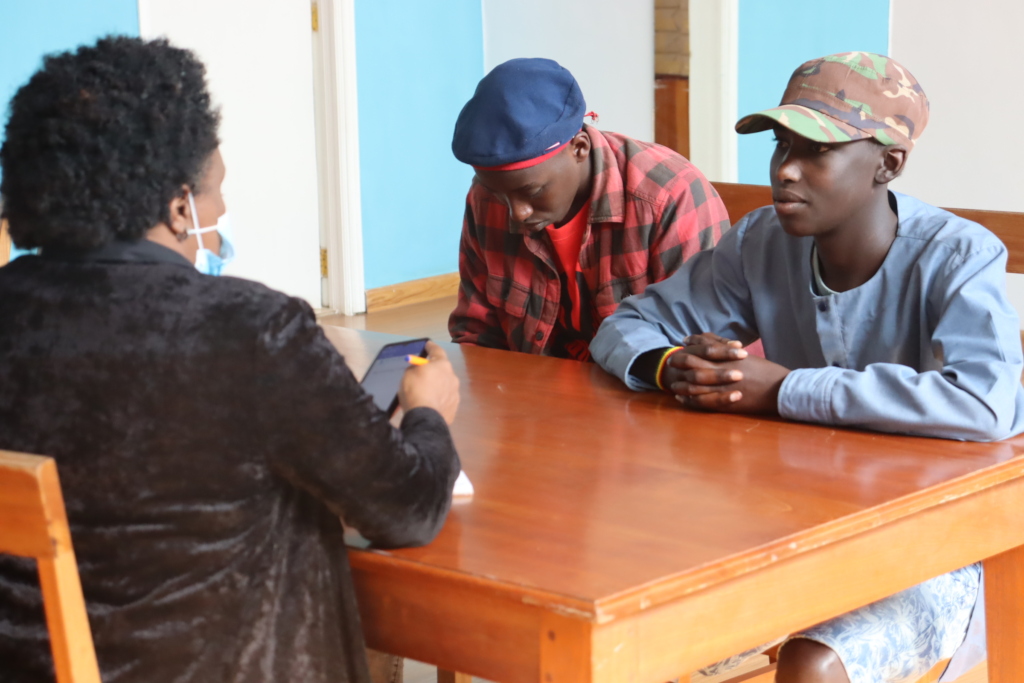 Gacore with his nephew during the interview

Project Leader:
Olivia Shah
Nairobi, Kenya
$76,816 raised of $100,000 goal
You last donated to this project on
517 donations
$23,184 to go
* Amounts in US Dollars
Donate Now
Donate once
Donate monthly
$35
USD
could run one of our monthly support groups for breast, prostate, cervical or general cancers
›
$107
USD
could pay for a CT scan - so doctors can make an informed diagnosis and treatment path recommendation
›
$287
USD
could pay for a cycle of chemotherapy or a week of radiation at a high quality provider
›
$1,435
USD
was the average life-saving grant awarded in the pilot scheme - the gift of life to someone who had no where else to turn to
›

Make a monthly donation & get matched today at 100% while funds remain. Terms and conditions apply.
Give the gift of stability in a time of instability. Set up an automatic, monthly gift now and get matched at 100%—because the COVID-19 pandemic has hurt us all, and it will take all of us to overcome it. Terms and conditions apply.
Monthly giving is as easy, safe, and as inexpensive as a Netflix subscription. Start a monthly donation to Faraja Cancer Support Trust today and get matched at 100%. Terms and conditions apply.
$35
USD
monthly
could run one of our monthly support groups for breast, prostate, cervical or general cancers
›
$107
USD
monthly
could pay for a CT scan - so doctors can make an informed diagnosis and treatment path recommendation
›
$287
USD
monthly
could pay for a cycle of chemotherapy or a week of radiation at a high quality provider
›
$1,435
USD
monthly
was the average life-saving grant awarded in the pilot scheme - the gift of life to someone who had no where else to turn to
›

Donating through GlobalGiving is safe, secure, and easy with many payment options to choose from. View other ways to donate
Faraja Cancer Support Trust has earned this recognition on GlobalGiving:

GlobalGiving
Guarantee
Donate https://www.globalgiving.org/dy/cart/view/gg.html?cmd=addItem&projid=20120&rf=microdata&frequency=ONCE&amount=25
Please Note
WARNING: Javascript is currently disabled or is not available in your browser. GlobalGiving makes extensive use of Javascript and will not function properly with Javascript disabled. Please enable Javascript and refresh this page.