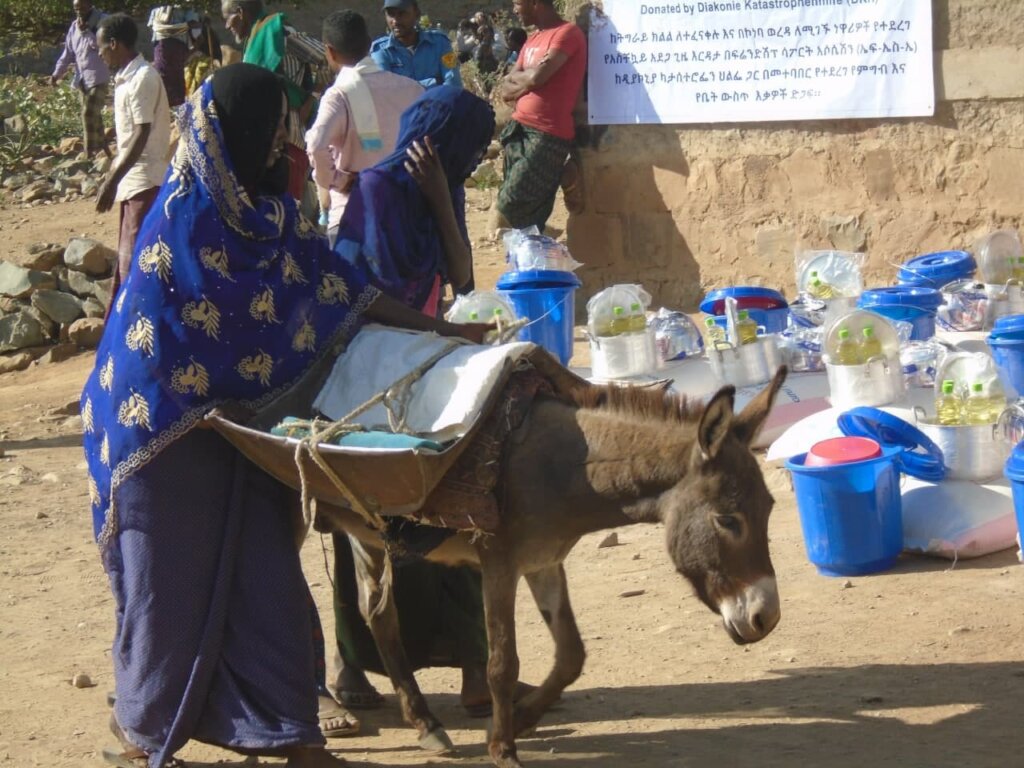 The humanitarian situation in the Afar and Amhara regions has deteriorated drastically since the spillover of conflict in Tigray in July 2021. People in Afar face extreme difficulties in obtaining sufficient food supplies, as their access to crops and markets is limited. Guyah is currently home to around 9,000 displaced people who are forced to sleep in the open due to a lack of shelter. They are struggling with conflict-related trauma, loss of family members, and their own livelihoods. Existing refugee camps, such as the one in Serdo with about 34,000 refugees, are overcrowded and unable to meet people's basic needs. The project supports vulnerable IDPs in Guyah and Serdo camps in Afar.

How we help
680 families (about 4,000 people) receive food distributions. Another 310 households receive vouchers to buy cooking utensils. In addition, six mobile latrines with bathrooms and water containers are being constructed. 100 IDPs and 200 refugees will be provided with energy-efficient stoves so they can prepare meals. In addition, two women's and youth groups will be trained in innovative stove making and briquette production. The beneficiaries of the stoves will also be provided with briquettes for three months.
In addition, 60 trainers will be trained on psychosocial concepts, and 80 victims of violence will also benefit from psychosocial support. In addition, 80 community members are being trained in protection against gender-based violence. A total of around 14,500 people, including almost 8,000 women, are benefiting from the aid measures.

The hunger situation in eastern Africa increases. Therefore we are so thankful for your donations to help the affected people.