Help Us Create a World without Violence 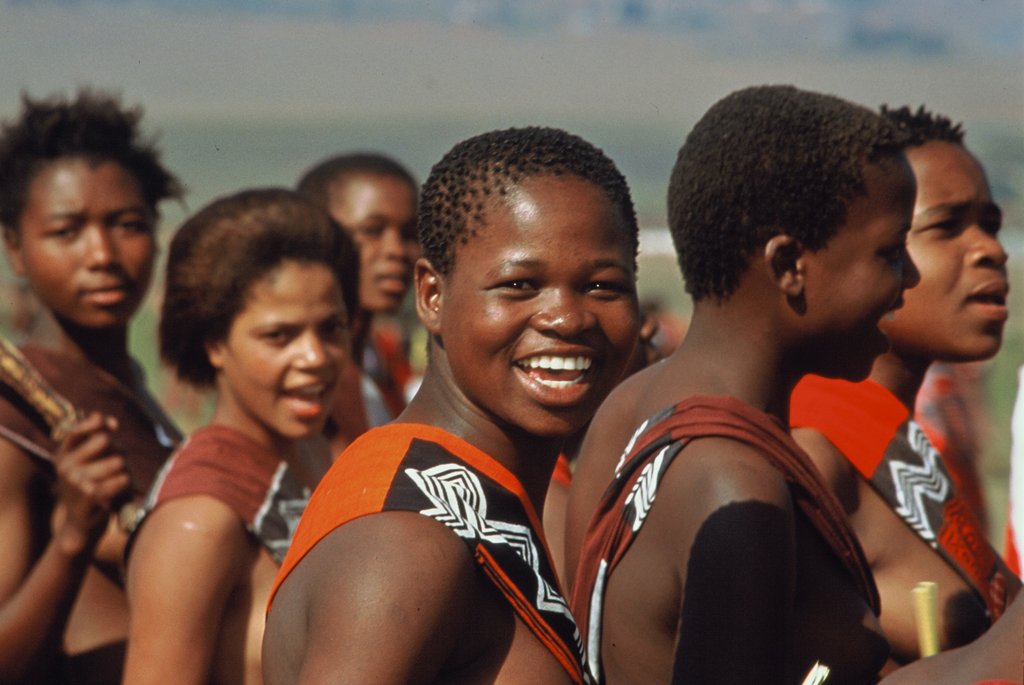 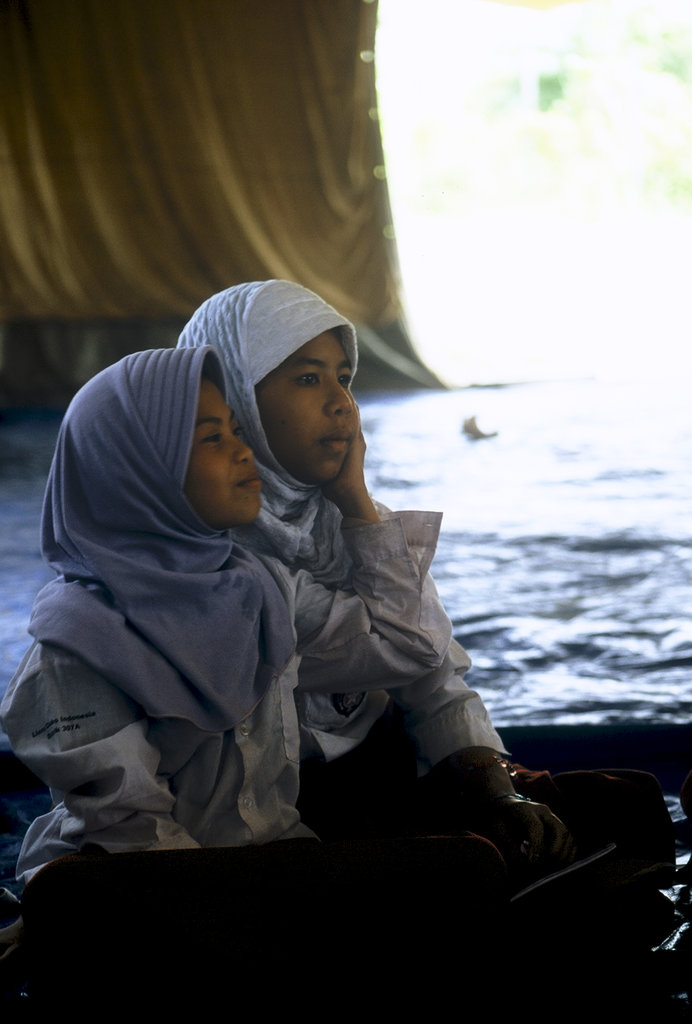 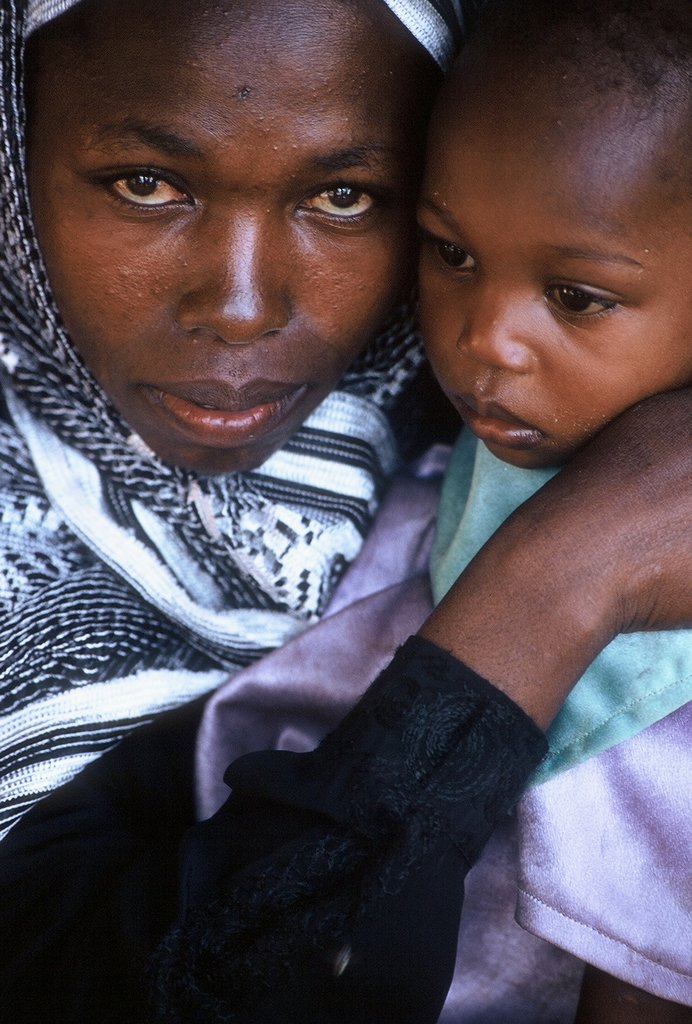 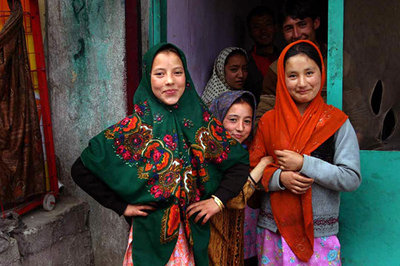 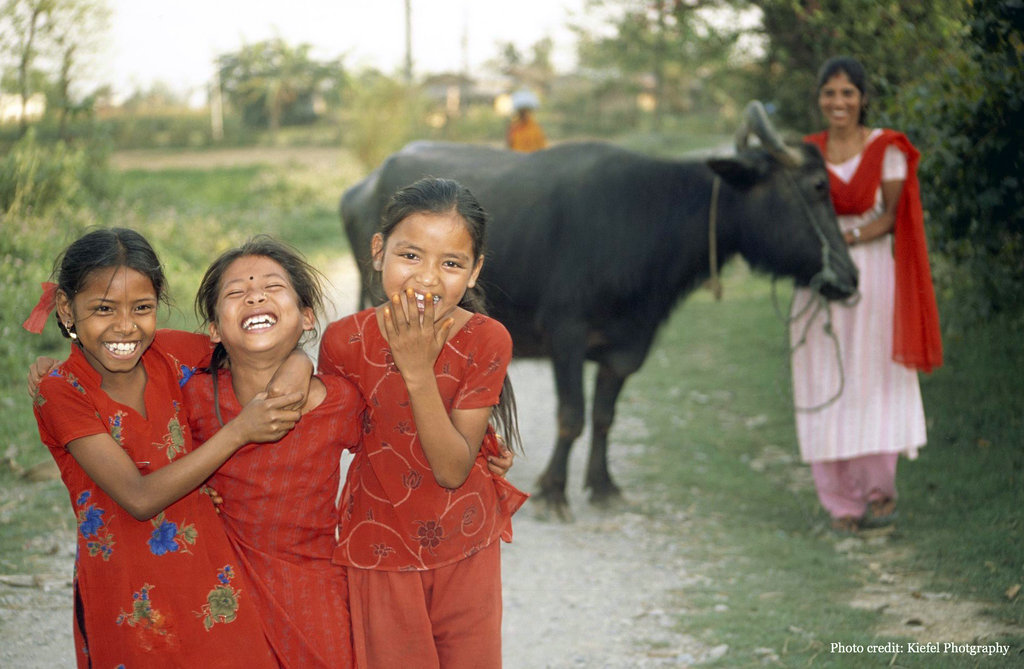 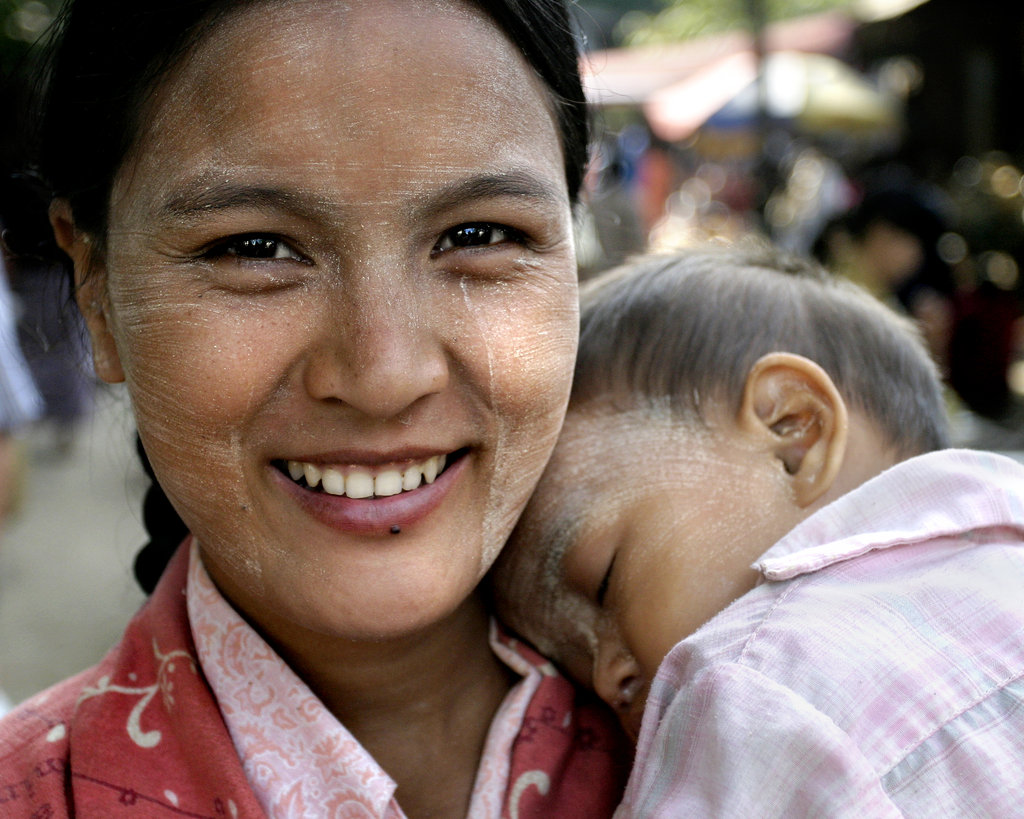 Safe from the Start in Nepal 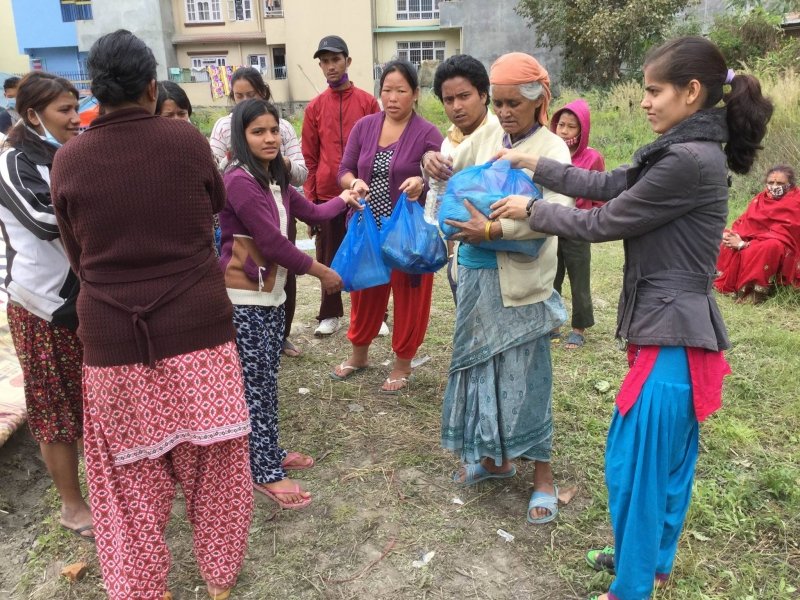 Two months after the devastating earthquakes hit Nepal, Women Thrive is still working on ensuring that women and girls are protected in the after math. According to Women Thrive’s Gender-Based Violence (GBV) expert, Chrissy Hart, “Even when women and girls survive a disaster, they face gender-specific vulnerabilities, from sexual violence and forced marriage to food insecurity to a greater likelihood of dropping out of school. Health concerns are very real too. Pregnant women, for example, may not have access to hospitals or clinics for delivery. UNFPA estimates that the Nepal earthquake has impacted at least 126,000 pregnant women.”

This is the time when women and girls are most vulnerable to acts of violence and subjugation. It is also the most appropriate time for the U.S. to effectively implement its Safe from the Start initiative.  This initiative, passed in 2013, aims to “reduce the incidence of gender-based violence and ensure quality services for survivors from the very onset of emergencies through timely and effective humanitarian action” through action on three overarching goals:

In the Nepal case, it is critical that the U.S. government’s response during this effort builds upon the progress that has been made in beginning to institutionalize Safe from the Start’s goals, as well as lessons learned from experiences in the Philippines, Central African Republic, and other emergency responses. Recovery from the earthquake will take many years, but ensuring that Nepali women and girls are protected and empowered from the start means that they can play a central role in the country’s long-term recovery.

With your support, Women Thrive was able to act immediately to ensure that GBV prevention was a part of the front-line emergency response. We contributed gender-specific language that was incorporated into a resolution that Congress drafted specifically for the Nepali crisis. Our input guaranteed that women and girls’ needs were prioritized in the action plan.  This resolution was introduced in the House and gained the support of 113 co-sponsors. This resolution and the Safe From the Start initiative are two critical pieces that will bolster women’s safety during rebuilding phases in a number of unexpected situations, such as a political uprising, humanitarian crisis, or natural disaster like the earthquakes in Nepal.

We plan to continue looking at gender integration in disaster response, particularly in Nepal. We will work with our partners on the ground to gather evidence on where relief is and isn’t working. We intend to use their anecdotes and feedback to better inform policymakers that are mapping out action plans.

Our work is made possible by your support. We deeply appreciate your commitment to women and girls globally having a voice in the policies and programs that affect their livelihoods. 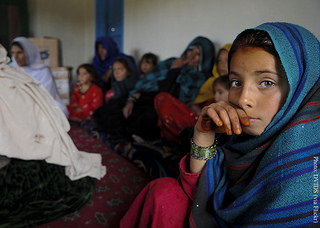 Violence against women and girls is the world’s most common human rights violation, the most pervasive public health epidemic, and the cause of the greatest cumulative loss of human potential in history. Yet, few governments enforce laws against it and international donor agencies fail to invest significant resources to address it. We are trying to change that. With your support, Women Thrive works with the United States government to both recognize gender-based violence as a pressing global concern and allocate resources to fight it.

Earlier this month, the International Violence Against Women Act (IVAWA) was reintroduced in both houses of Congress, led by Congresswoman Jan Schakowsky  and with a total of 18 original sponsors -- nine Republicans and nine Democrats. This is the fifth time the bill has been reintroduced in Congress. Why is this piece of legislation so important? The IVAWA will permanently authorize the Office of Global Women’s Issues in the State Department, as well as the position of the Ambassador-at-Large for Global Women’s Issues, who is responsible for coordinating activities, policies, programs, and funding relating to gender integration and women’s empowerment internationally.

We currently have this structure in place, however the the U.S. Strategy to Prevent and Respond to Gender-Based Violence Globally is set to expire in August. Therefore, efforts to combat gender-based violence are urgently needed, because they will no longer have a set protocol after the expiration. IVAWA would codify an updated strategy, ensuring the United States' continues to commit resources to highly effective programs that focus on ending the cycle of violence.

The World Health Organization reports that one in every three women will experience physical or sexual abuse at some point in her lifetime. That’s one too many. In the International Violence Against Women Act, we have a real opportunity to help take one to none.

With your support, Women Thrive is able to advocate for reintroducing the bill and keep gender-based violence a priority among high-level decision makers. Our advocacy has influenced key leadership and personnel at USAID, the State Department and several Congressional offices. But our work is not done. Please urge your congressional member to support IVAWA by clicking here. Share the link with friends, family, colleagues, etc. We have to let Congress know that Americans want the International Violence Against Women Act passed.

Thank you for your commitment to women and girls globally. Your support makes a difference. 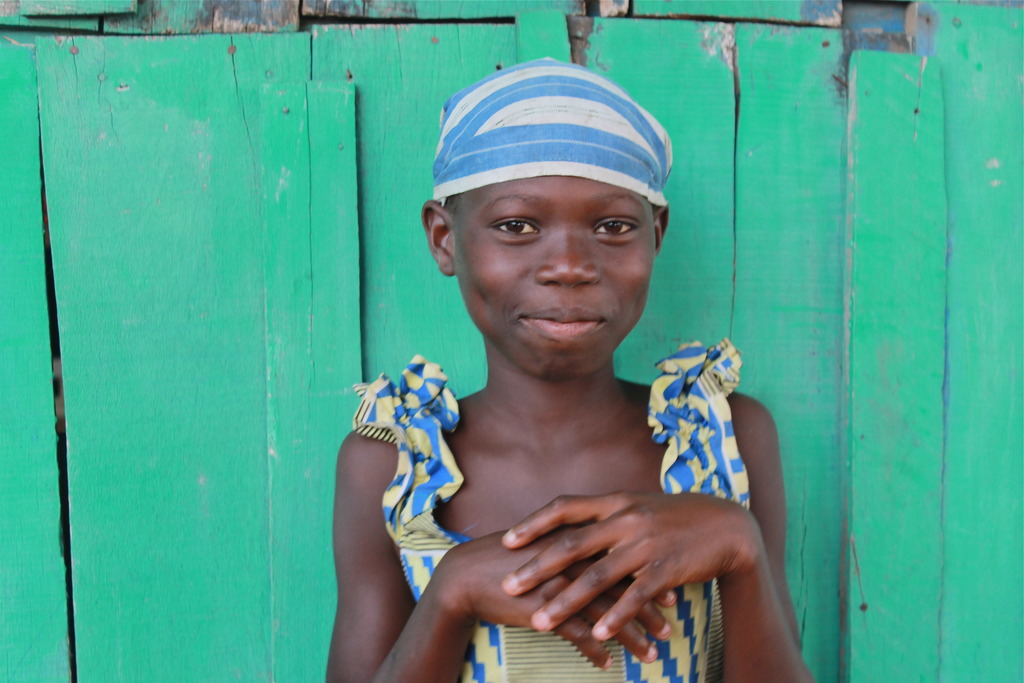 Women Thrive's annual brochure looks back on what we have been able to accomplish on behalf of the world's women and girls in 2014, all thanks to your support. Please click here to read our brochure and learn more about the impact that your gift has made.

A few highlights from this year:

Thank you for your support in 2014. You have made a world of difference in helping empower women and girls globally. 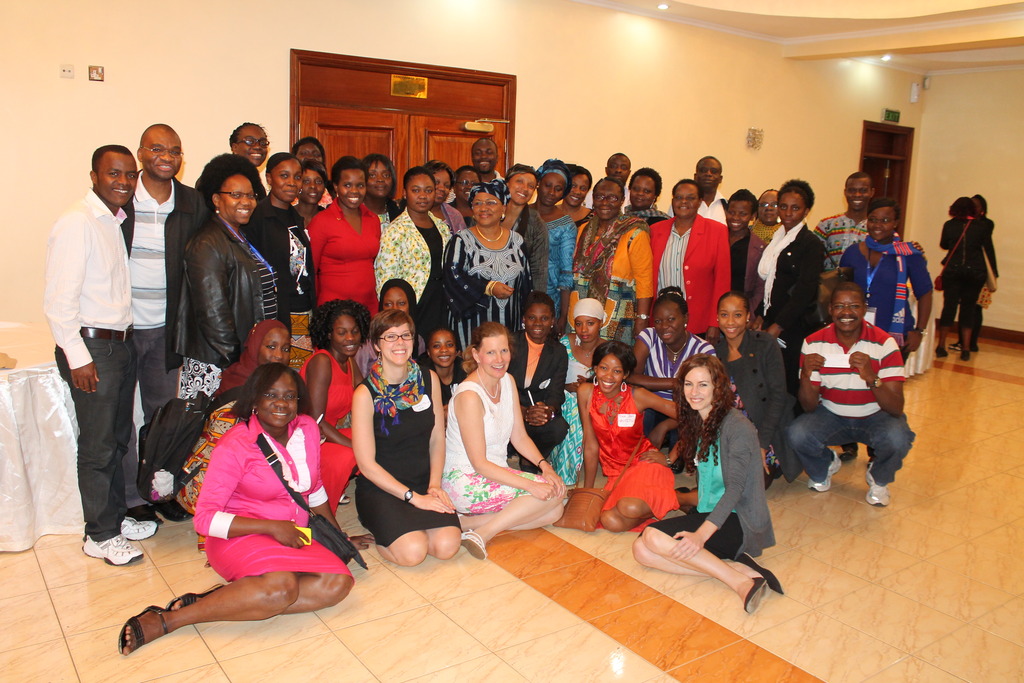 What the Cromnibus Means for Women & Girls Around the World

Last week, Congress voted on H.R. 83, the Consolidated and Further Continuing Appropriations Act of 2015—dubbed the “cromnibus”. President Obama soon signed the bill, keeping the government funded for the next nine months.

So, what does the spending bill do for programs that impact women and girls worldwide? Actually, a lot.

Firstly, funding for the international affairs budget for fiscal year 2015 increased to 49.27 billion for poverty based development assistance. This is an increase of $269 million more than the 2014 budget.

Secondly, the bill not only ramps up funding for development assistance, but also focuses heavily on integrating gender into foreign aid and humanitarian programs. New reporting language will require the US government to provide an official report to Congress and the public on how gender funds are being utilized.

Overall, 2015 looks to be a better year for gender-focused program funding. But this is just the beginning.

Women Thrive will be working hard to ensure U.S. foreign policy does all it can to empower women and girls. Adequately funding programs is just the start. With your help, we are able to engage and educate lawmakers on the importance of gender in foreign aid assistance. Thank you for your continued support as we fight gender-based violence every day in every forum possible.

An Important Conversation with the ONE Campaign

Please pardon the last minute notice, but I wanted to make sure you knew that Women Thrive has teamed up with the ONE Campaign's Girls and Women Program and Google for a special conversation about women and poverty. You can watch and join the Google Hangout here: https://plus.google.com/events/cp4j3r8f6n1gb3t2qs98pq8pcrg?fd=1

This unique panel—part of an ongoing effort to advance women’s economic opportunity—will include representatives from the Brookings Institution, the World Bank, and FashionABLE.

Jina Moore, Buzzfeed’s International Women’s Rights Correspondent, will be logging in from Kenya to moderate.

I really hope you can join us in a few minutes. If not, the entire conversation will be available live and archived at the link below:

I hope you can join us!

GlobalGiving
Guarantee
Donate https://www.globalgiving.org/dy/cart/view/gg.html?cmd=addItem&projid=10736&rf=microdata&frequency=ONCE&amount=25
Please Note
WARNING: Javascript is currently disabled or is not available in your browser. GlobalGiving makes extensive use of Javascript and will not function properly with Javascript disabled. Please enable Javascript and refresh this page.