Private Premiere of the Daughters of the Forest 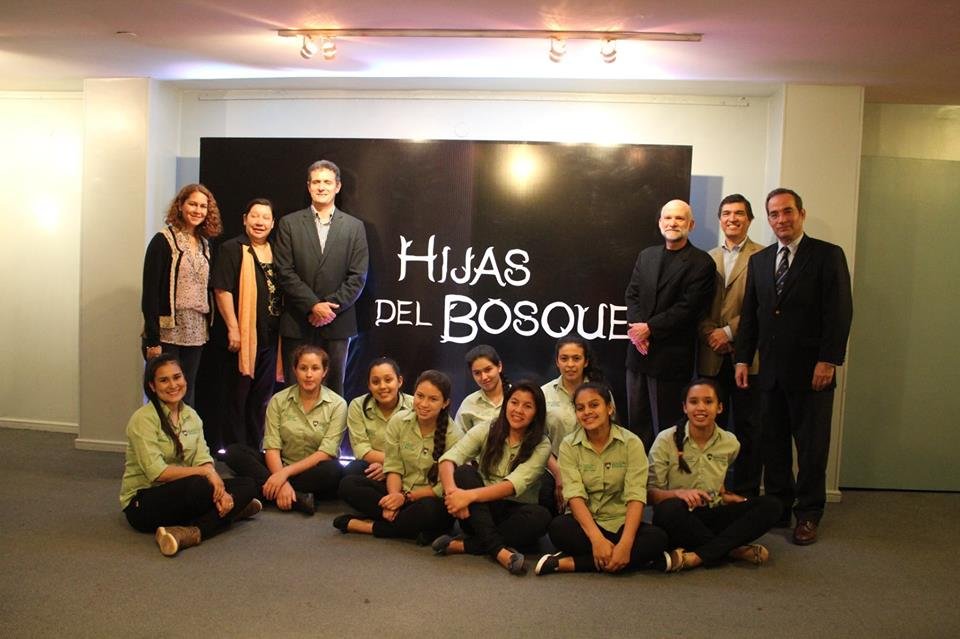 Students, guests and Byker at the screening

On the 18 of September, in the Paraguayan-American Cultural Center, the long-awaited documentary “Daughters of the Forest” premiere.  The filming lasted for 5 years, following a group of students of the Mbaracayú Educational Center, and was directed by Carl Byker, the prestigious American documentalist.

“We decided to make the movie because we found something unique was happening, and we thought the world should know about it,” states Mr. Byker in an interview in Paraguay.

He and the Musical Director Christopher Hedge came from the United States exclusively for the event.  Also present were the main subjects of the documentary, graduated students from the school, Bianca Soares, Nilda Alderete, Numila Goméz Portillo and Eulalia Krinagui.  Other special guests, included ex-president of Paraguay, Federico Franco, the Director of US Agency for International Development (USAID), Fernando Cossich, and the Director of Agrarian Education from the Minstry of Agriculture and Animal Husbandry, Edgar Olmedo Núñez.