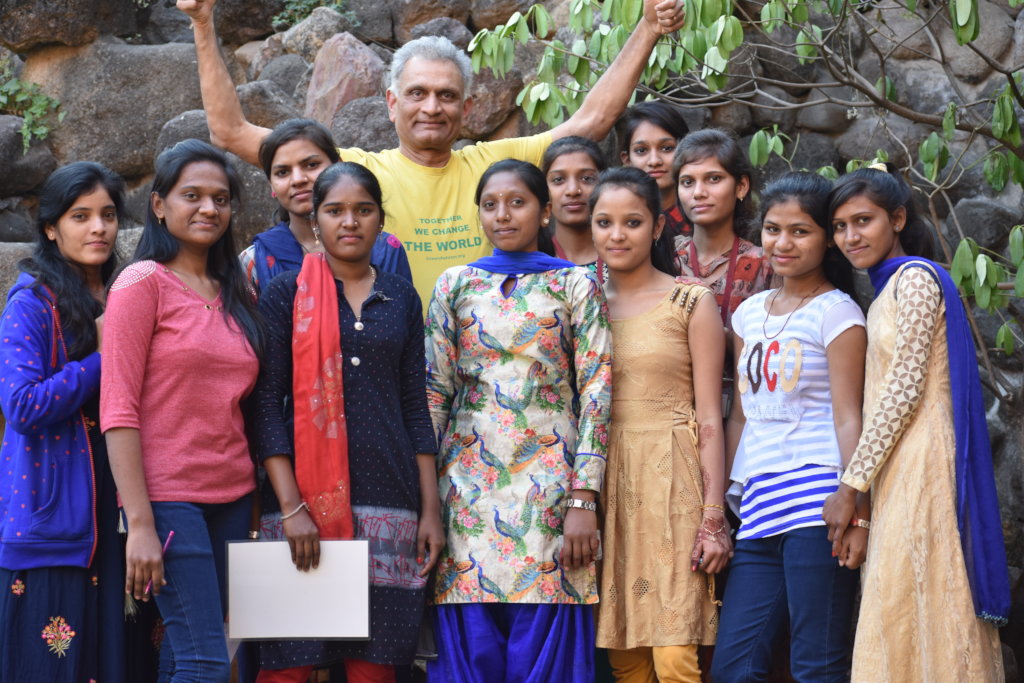 Mobilization in Nearby Schools

Of all the students trained more than 80% of the students are placed. the remaining 20% of students usually have personal reasons for not taking up jobs after their training. Most common of these personal reasons include pursuing further education or getting married (especially for girls).
Even after placement, VTC-MSA provided hand-holding and support to the students in cases of finding lodging and boarding in their city of work or switching jobs until at least one year after they finish their training. 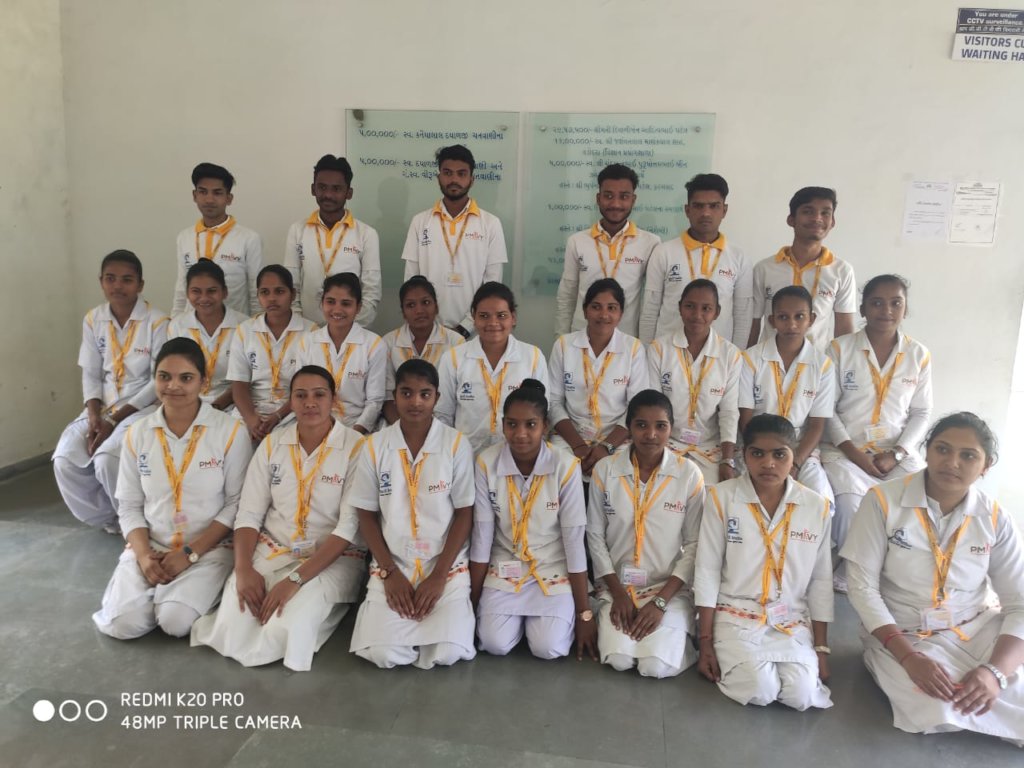 Pradhan Mantri Kaushal Vikas Yojana (PMKVY) is the flagship scheme of the Ministry of Skill Development & Entrepreneurship (MSDE), for which Muni Seva Ashram is a Training Partner. With the beginning of 2020, VTC saw the first graduating batch for Pharmacy Assistant and Home Health Aide courses under the Pradhan Mantri Kaushal Vikas Yojana, for which MSA-VTC is a Training Centre. This partnership with PMKVY helps the students get a standardised training, assessment from external examiners and government certification.
With this partnership established, the Vocational Training Centre at MSA is planning to launch more than 15 new courses under the Industrial, Agriculture and Green Jobs sectors in its upcoming campus, in partnership with PMKVY by the end of this year. 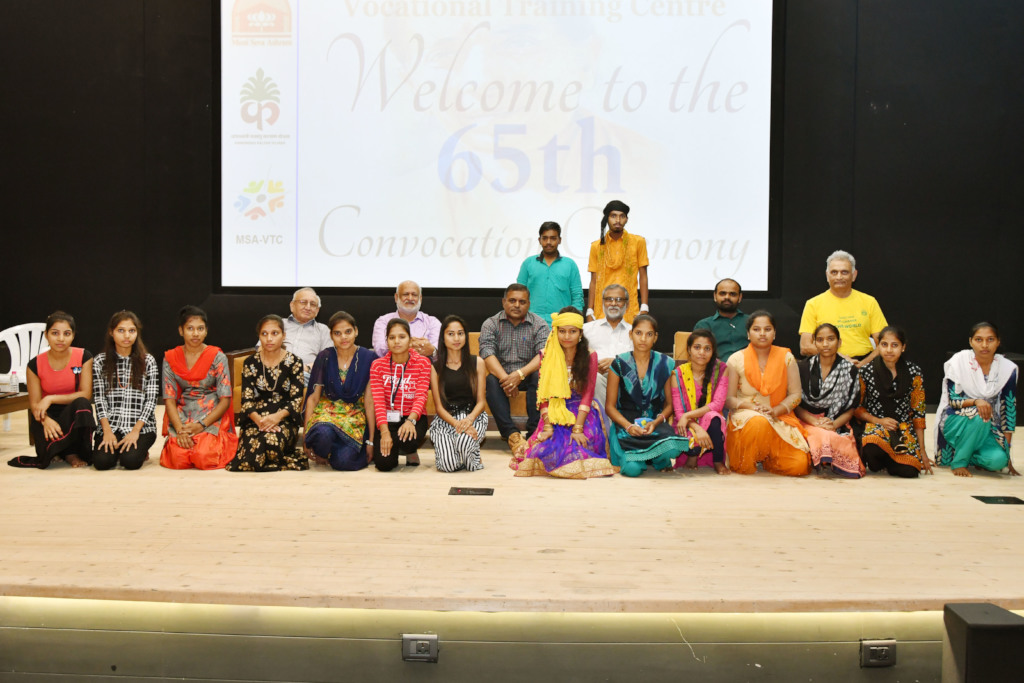 The First Alumni Meet of the Vocational Training Center was organized on 29th February on the occasion of its 65th Convocation Ceremony. Since the Vocational Training Centre is a Public-Private Partnership Project between the Tribal Development Department, Government of Gujarat (TDD, GoG) and Muni Seva Ashram, the Project Administrator from TDD GoG was invited as the Chief Guest for the program. Other officers of the TDD GoG supporting VTC-MSA were also invited to the programme. The entire programme was anchored by the students. The students also presented a cultural programme with songs and dances, especially their local folk dances after the convocation ceremony.

MSA - VTC has trained more than 2500 tribal and non-tribal students till date and we have an 80%  placement ratio. The average salary of these students is 6000rs to 6500rs/- month who are just 10th or 12th pass. Many students are earning up to 15000rs /-month and even more than that.

Now we have expanded our placement and we have started placing students in different areas of Gujarat state like Ahmedabad & Rajkot. In Rajkot, they have started with the salary of 8000/- month and in Ahemdabad they have joined with the s  Every year we try to get 10% to 12% increment in students minimum salary.

These students are mostly tribals and coming from a rural area of Gujarat state where Sickle cell disease found very common. We do their sickle testing in the very first week when they joint this course and 80% of the students found sickle cell positive. We give iron, folic tablets, deworming tablets and also give them two shots of Hepatitis B vaccination.

When these students join us they are so raw that our first-day first session starts with toilet training as they don’t have toilets at home and many students have not seen toilets so they don’t know how to use it. Even like they don’t know which side door opens and in which direction they have to sit. We also give them training for personal hygiene and about cleanliness. Awareness about maintaining hygiene during their menstrual cycle and we also provide them with free sanitary pads.

We look after their overall development by giving them value education every day and develop their confidence to face the real world outside their home and village. After finishing the course they just don’t get a job but they became open-minded, self-confident financially independent women and contribute to the economic growth of their family. 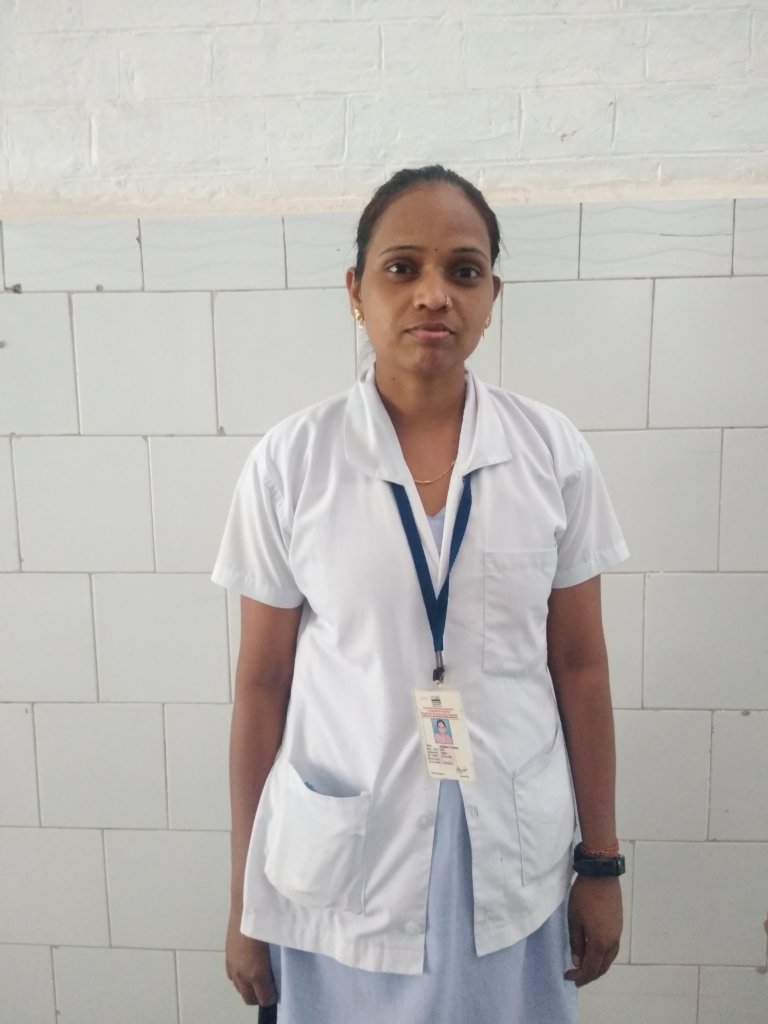 MSA - VTC has trained 366 students and 297 students are  placed in the year of 2018-19. The average salary of 6000rs to 6500rs/- month. Many students are earning more than 11000rs /-month. To increase the flow now we have also allowed regular commuting to students who are staying nearby villages so that we can accommodate more students in the hostel who cannot travel every day.

In every batch, we have a wonderful example of women empowerment!!

Here is the story of a girl, who was working in the same premises as a gardener. She always had a dream of becoming a nurse but because of the financial condition of the family, she could not study after 10th and family got her to marry a guy who was drunker. Her husband used to bit her a load and she was a victim of domestic violence. In spite of having a baby and a wife her husband got married to another girl without divorcing from this girl. As she was from a very small village nobody has supported her not even her family members and everybody was accusing her as if she has done something wrong with someone. Her husband didn't stop there, whenever he used to see her in premises he used to bit her publically badly and used to took away a 3-year-old baby from her. She was very tired and attempted suite also that time somebody from MSA staff suggested her to join VTC for a nursing course.

On 7th August 2015, she has joined VTC in batch BSA 20. Because she was clever, self -motivated and enthusiastic to learn she finished her course with good marks. She was very punctual and sincere because of her sincerity & punctuality she got selected here in the same premises for the job.

Now she is financially self-dependent, her daughter is studying in the ashram’s school and she has filed the case against her husband. Hopefully, she will get justice.