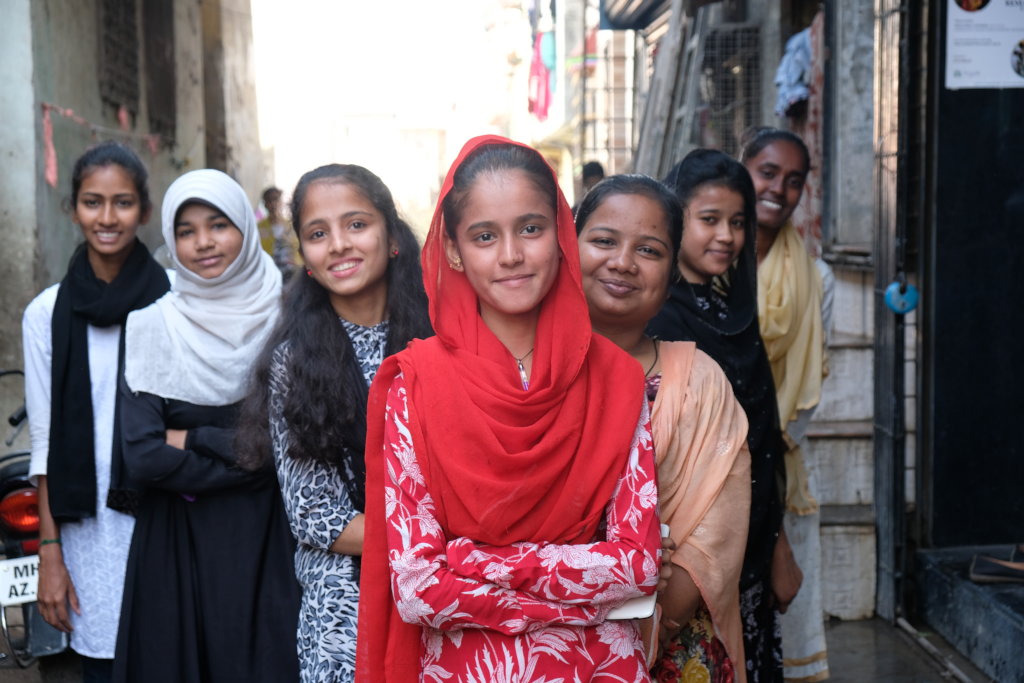 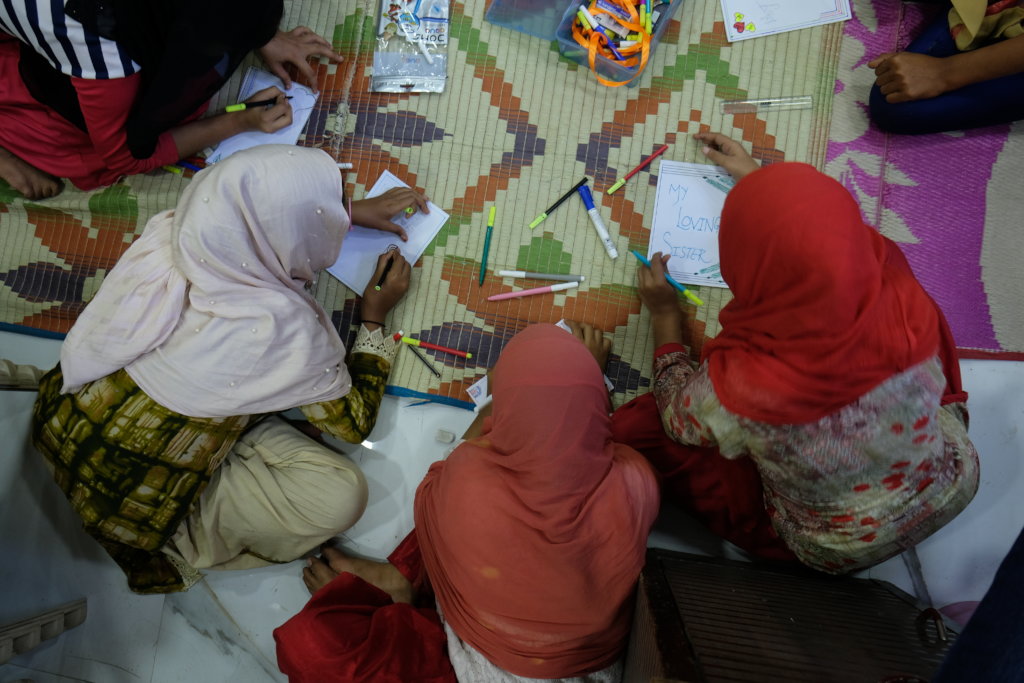 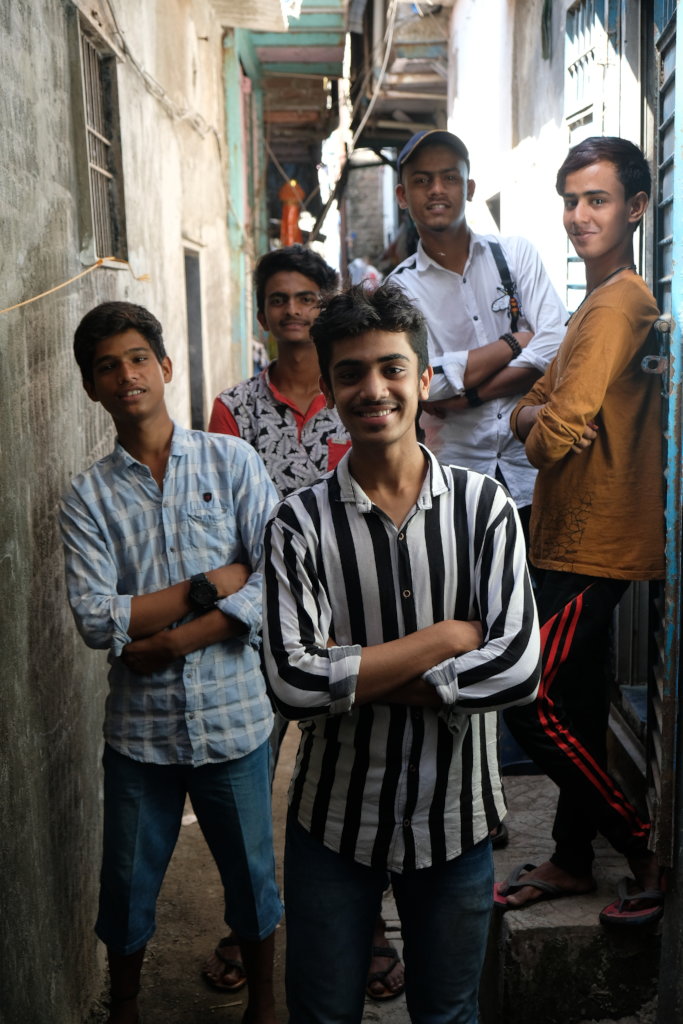 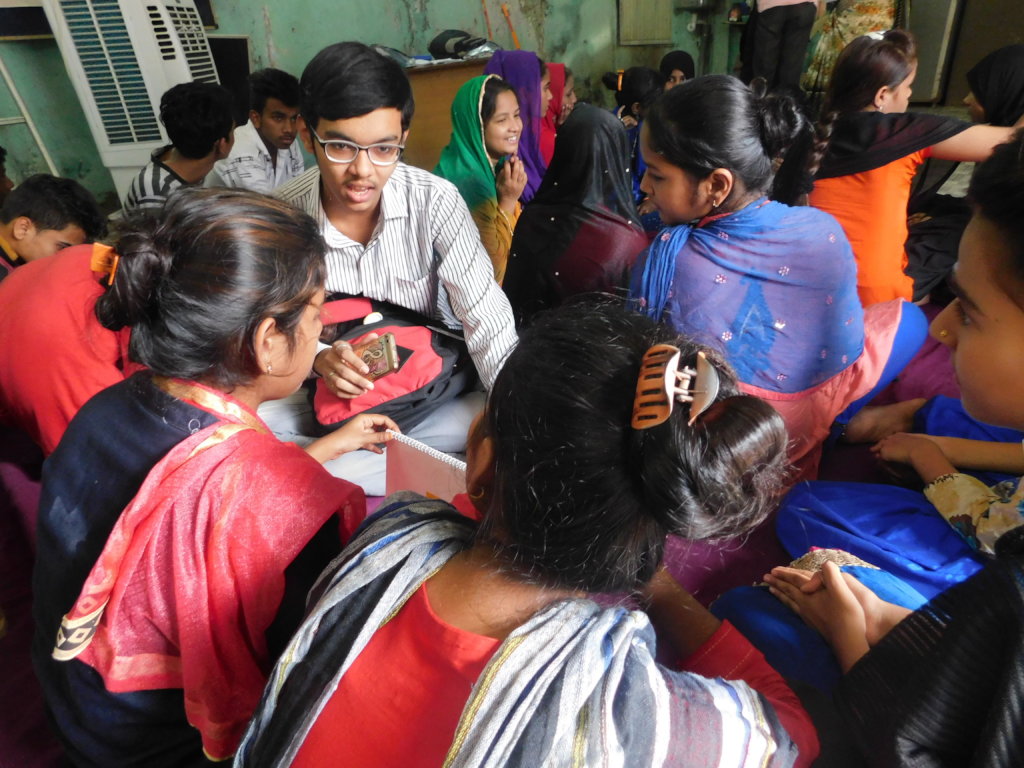 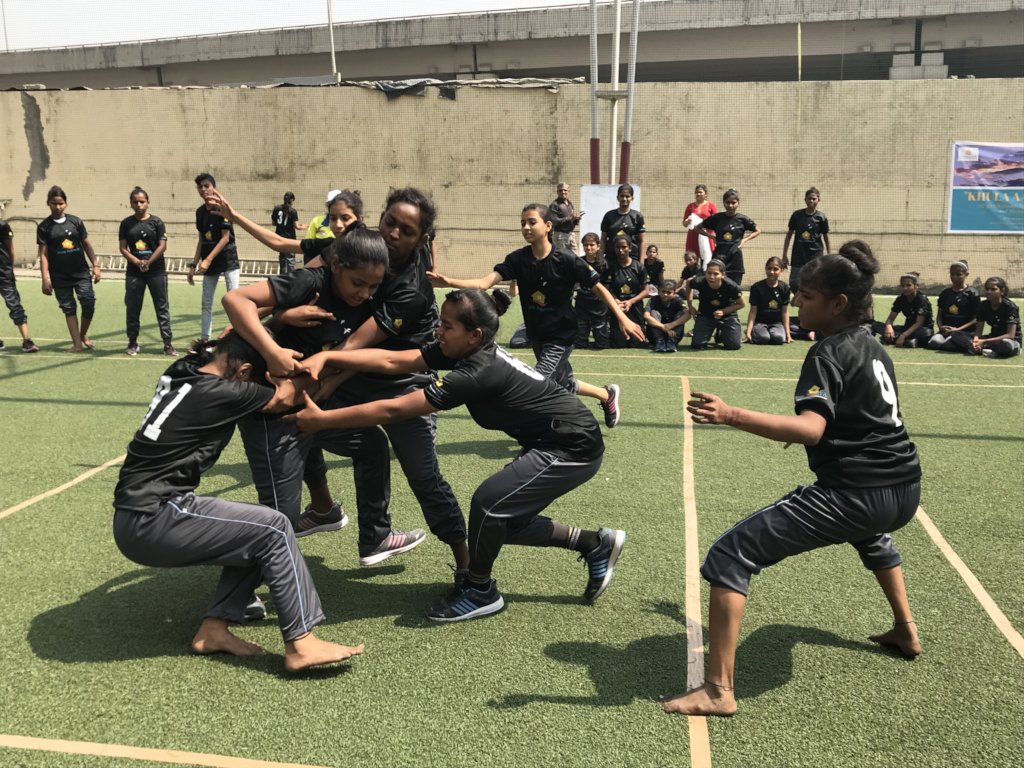 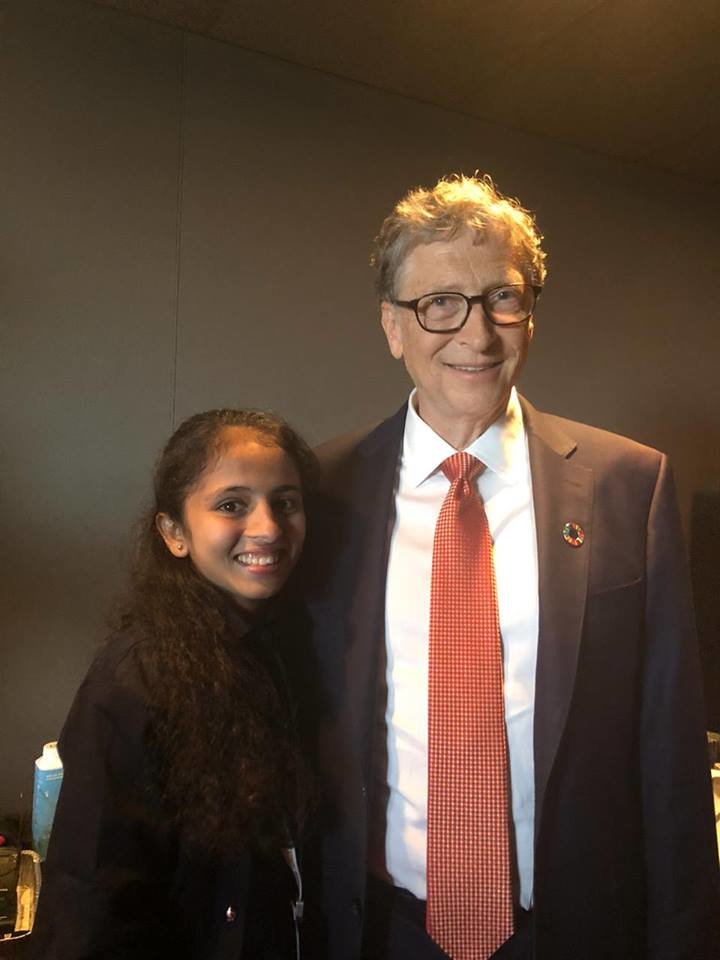 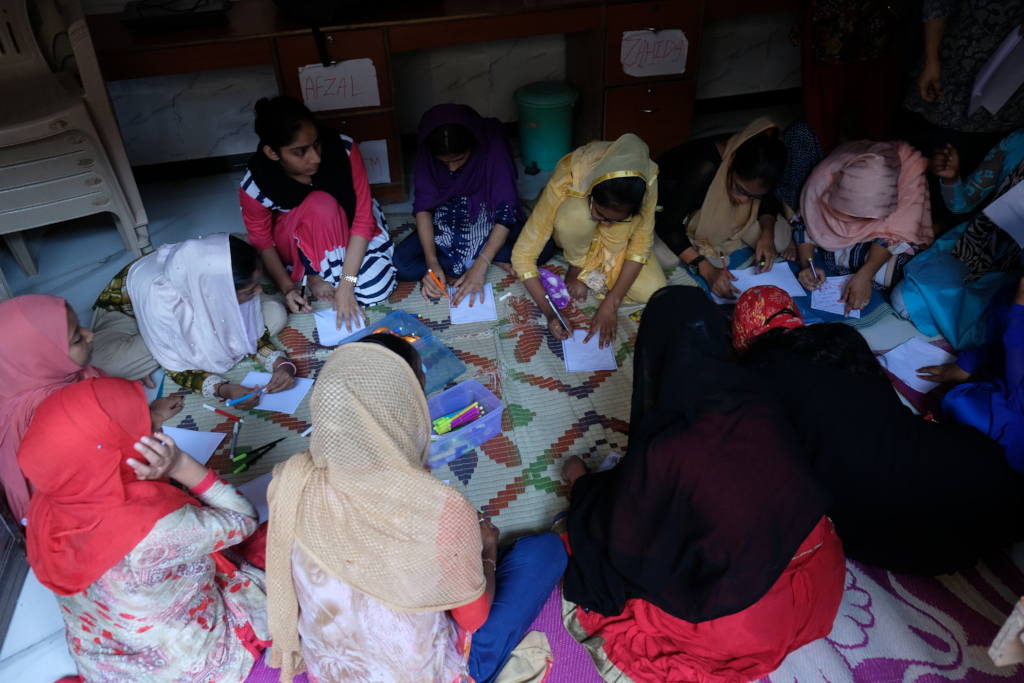 The E3 programme supports the education of adolescent girls and prevents child marriages in the community. Under this programme, a group of 10 girls - School Sahelis - are provided with monthly fellowships on the condition that there are zero drop-outs. A peer support model is built to ensure that the girls support and motivate each other. Each group is led by a mentor, who works closely with the girls for a period of four and half years. These mentors are young women pursuing higher education, already trained extensively under different projects of our Citizenship programme. Some of the mentors have also spearheaded campaigns in their respective neighbourhoods – for basic amenities like safe drinking water, electricity, safe spaces and secondary schools.

The expected outcomes from the School Saheli programme are:

v  Through the training on Life Skills curriculum which includes self-awareness, social awareness, improving gender sensitivity the girls will be empowered to make informed choices and exercise agency in shaping their own lives

Highlights of the Reporting Period

E3 is a new programme for Apnalaya, launched in October 2018. The innovation of building collective support and peer networks through cluster scholarships and mentor led life-skills training have brought us good results:

Challenges and Learning during Implementation

It took two  months to open bank accounts for all the sahelis as many girls didn’t have proper identification documents or there were some errors in them. The girls were supported to rectify these and the process of opening a bank account was explained. This caused an initial delay in disbursement of scholarships, but eventually became smoother.

Building of rapport with schools for attendance verification of adolescents took some time initially. Through mentor and field officer visits, this process got streamlined by the second quarter. This year, some of the girls enrolled into Junior College for their 11th grade and the admission process went on till October. The college visits and verification of attendance therefore took some time. Additionally, building a rapport with these colleges also meant that mentors had to do more than one visit for that quarter.

There is regular engagement with parents, weekly sessions with the sahelis and need based counselling along with conditional cluster scholarship to create a collective pressure against under-age marriage in the community. However, it is not easy to completely prevent such incidents. During the programme, one of our sahelis was secretly married off by her mother, a single parent suffering from chronic heart disease. The girl was not available in the community and there was no way to verify the news. After the incident, group counselling and debriefing was done with the sahelis and their parents. During this session, the Child Protection Policy of Apnalaya and the salient feature of the Protection of Children from Sexual Offences (POCSO) Act was also discussed with the parents and girls. The pledge of continuing education and preventing under-age marriage was reiterated as well.

Low Motivation of Sahelis due to Academic Performance in Board Exams:

10 sahelis were not able to clear their 10th standard state boards exams this year. This resulted in them becoming demotivated and unwilling to continue their education and there was a considerable reduction in family support. This was challenging to deal with. With the support of the counsellor, five of them started preparing for re-examinations and now continue their education.

Through the focused E3 programme, we have been able to support 190 girls continue their education this year. Almost all of them were at high risk of dropping out and getting married before the legal age. Some of those stories are shared below:

Reshma*, 15 years old is one such girl. It was through the efforts of her grandmother, that Apnalaya was able to convince her mother to continue her schooling. “Since there are only women in my family, there were financial constraints to continue my education. As part of School Saheli, the allowance I get every month helps my family to support my education. I also like to be part of the weekly sessions, where I get to learn more about myself, the society and skills which will help me in my life,” said Reshma.

Initially, Reshma would not attend sessions since she and her family were apprehensive, but the visits by her mentor and encouragement by the peer group motivated her to be regular.

Shabnam* Khan lives in a joint family which has a total of 13 members out of which only two members are employed; her father and his brother.  Her father is an alcoholic and doesn’t support the family financially. Since she is the eldest child in the family, she takes on the responsibility of many household chores. Her father did not want her to continue education because of this, while her mother wanted to support her.

Through home visits and counselling to the parents, the father was convinced to send his daughter for the School Saheli programme and continue her education. After being associated with Apnalaya, her confidence has increased and even the family has started to support her. Shabnam is regular for all the sessions we conduct and and is the first one to help the group members during the activities conducted.

Simran*, Mehtab* and Sindhu*  failed in their exams. Since their neighbours and classmates were teasing them, they were very demotivated and disturbed. Sindhu even stopped talking to her parents and her saheli group. Because of the embarrassment, even though their families were supportive, they were adamant that they do not want to continue in school. The mentor and peer group visited them in their homes to encourage them.

Building their confidence was a process where the counselor, mentor and peer group played important roles. Now they are preparing for their re-examinations and regularly attending weekly mentor-led sessions. Follow up sessions are being taken by counsellor so that they continue being motivated.

This programme has gained immense popularity in the community in such a short period of time. Other parents and girls constantly enquire about the possibility of them joining the programme. The mentors have gained a lot of confidence and enjoy facilitating the sessions.

GlobalGiving
Guarantee
Donate https://www.globalgiving.org/dy/cart/view/gg.html?cmd=addItem&projid=40365&rf=microdata&frequency=ONCE&amount=25
Please Note
WARNING: Javascript is currently disabled or is not available in your browser. GlobalGiving makes extensive use of Javascript and will not function properly with Javascript disabled. Please enable Javascript and refresh this page.