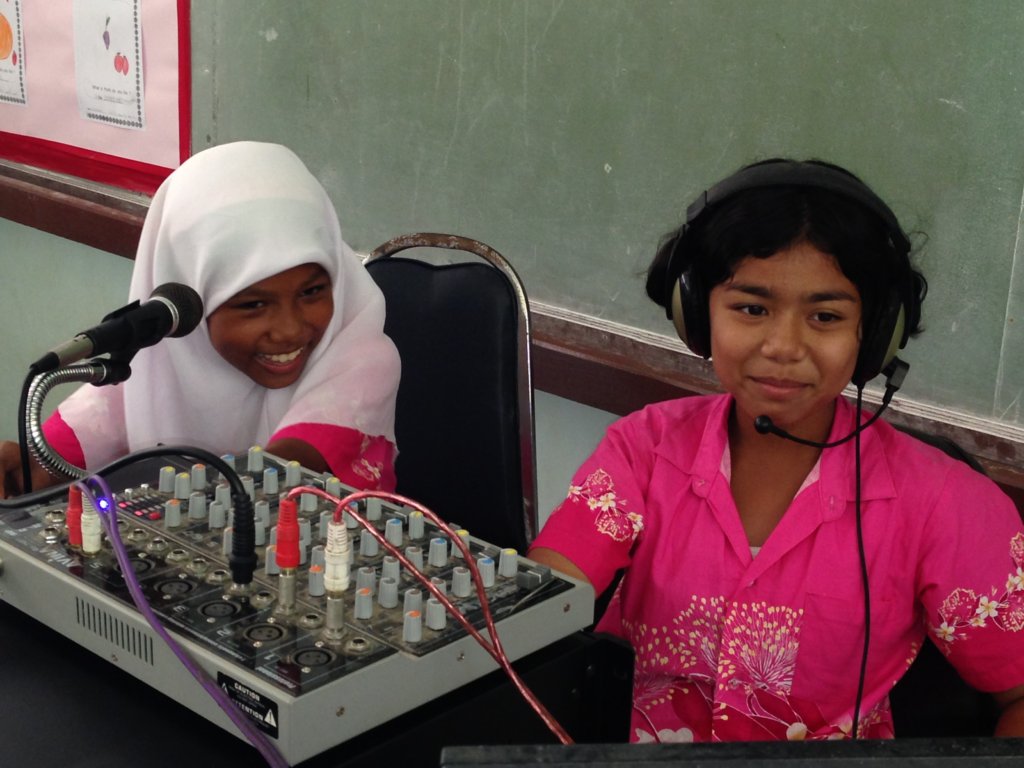 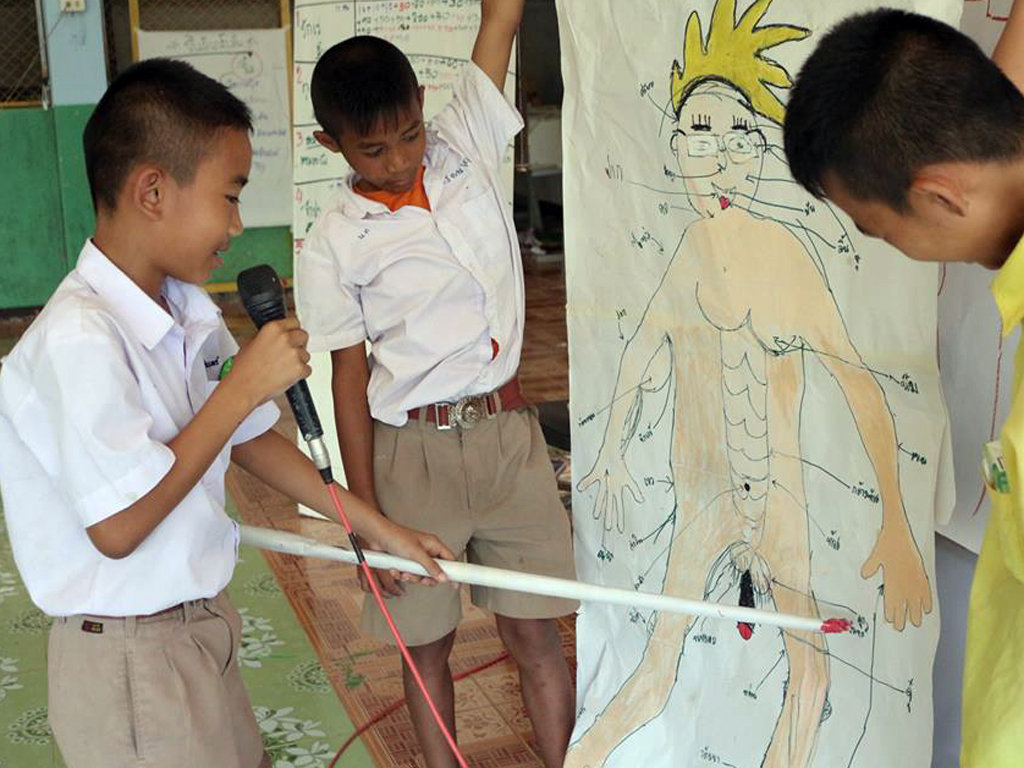 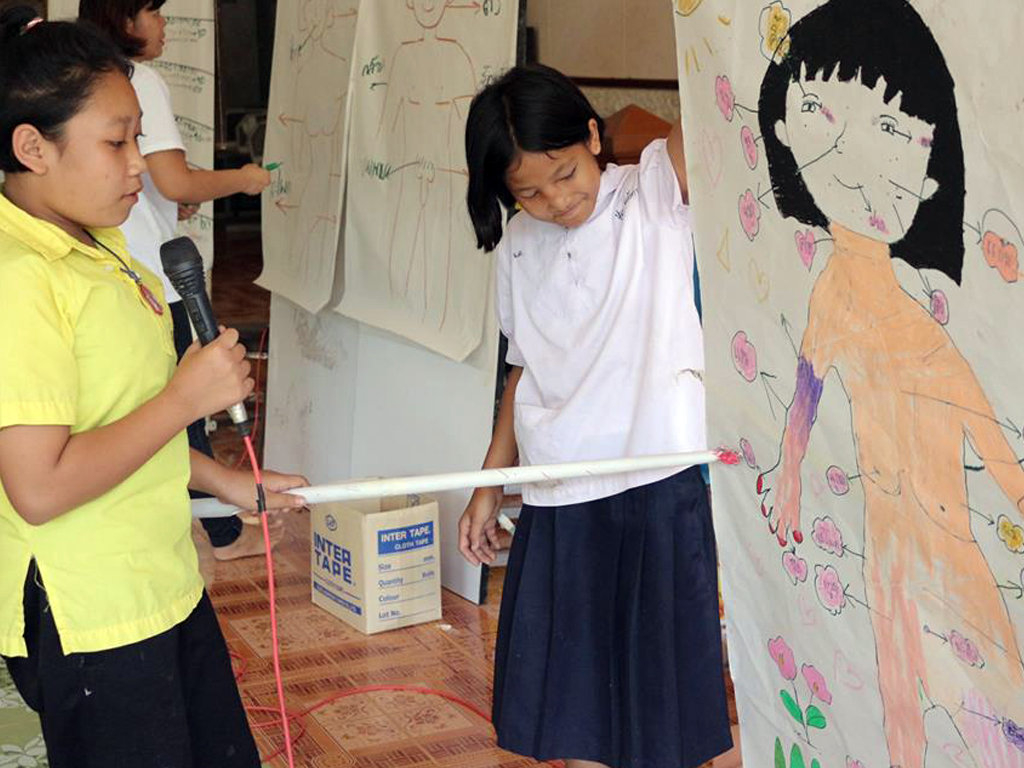 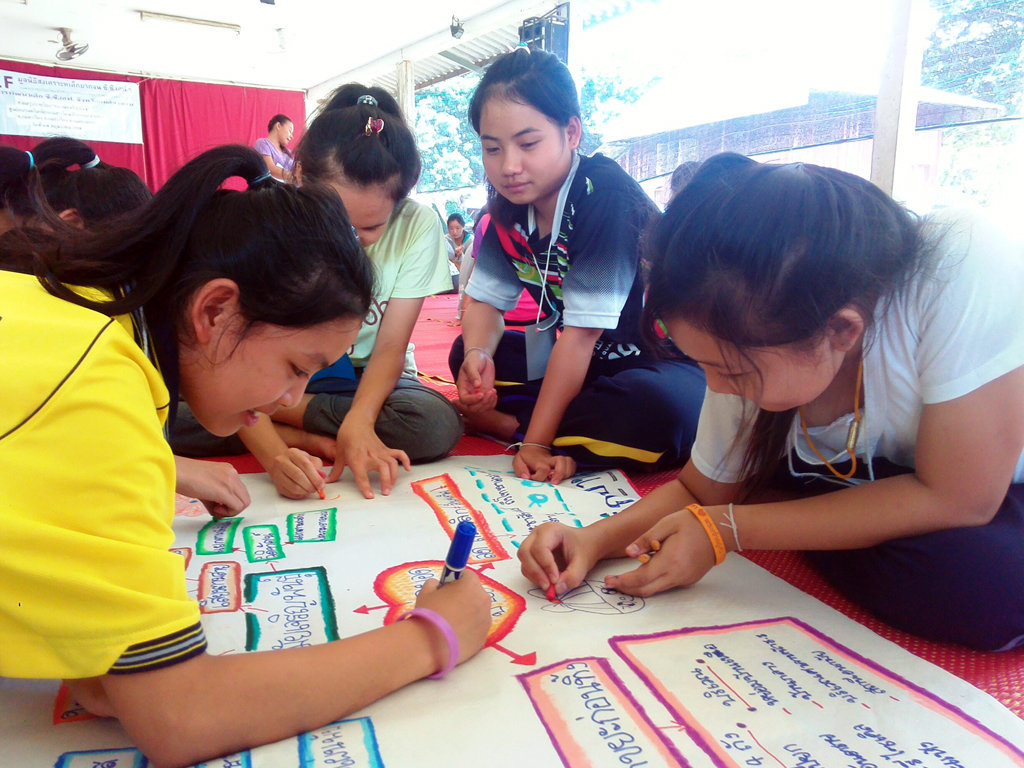 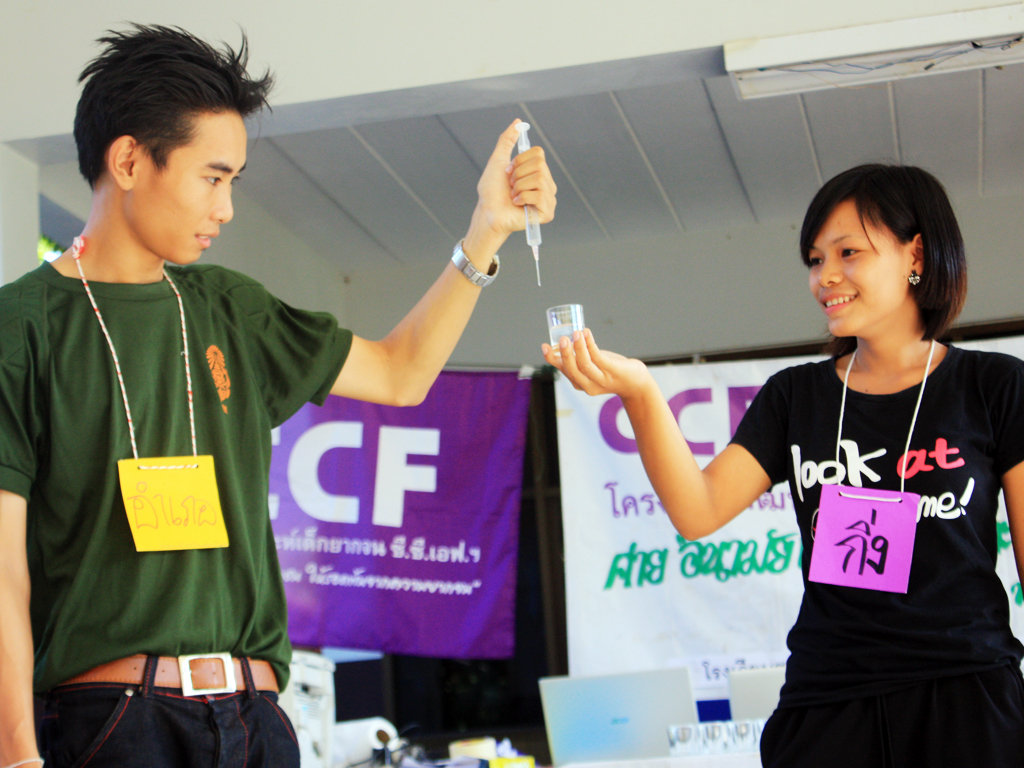 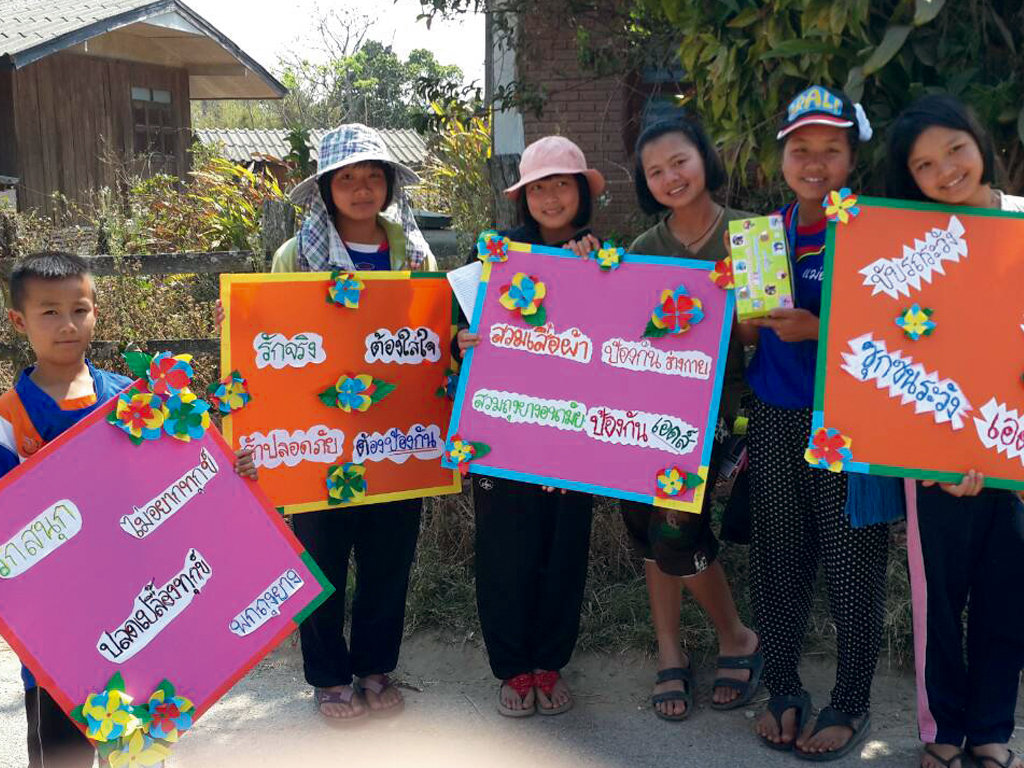 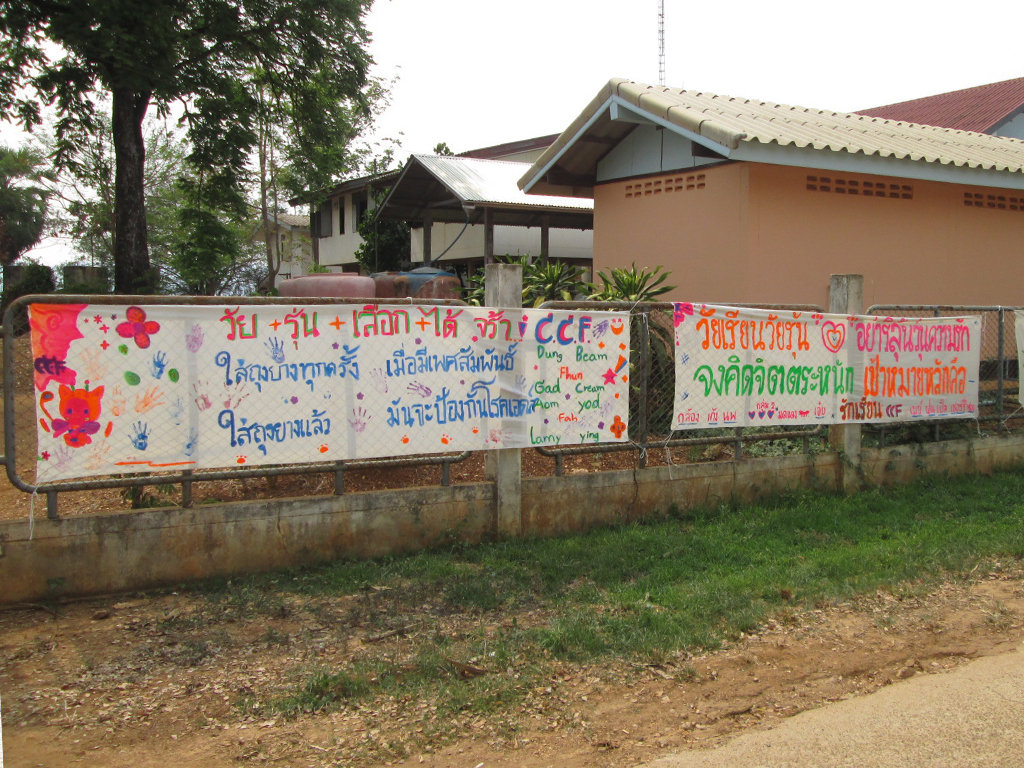 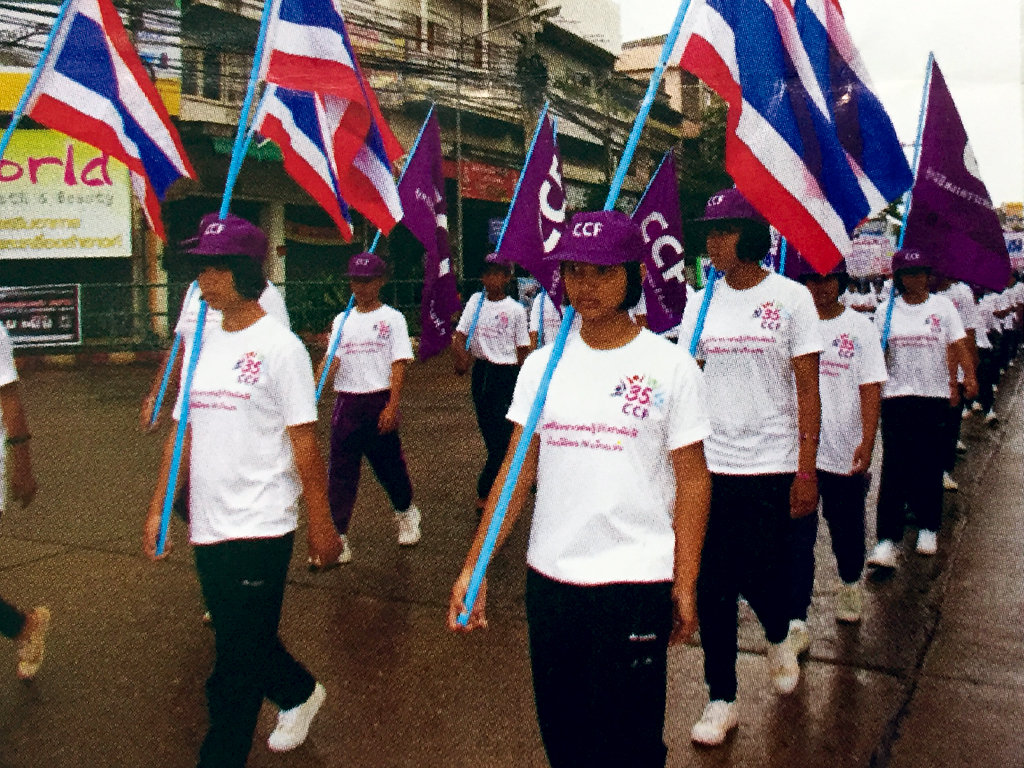 "Combat Teen Pregnancy" project builds capacity of 400 youths to campaign on teen pregnancy prevention in 5 provinces of Thailand where births to adolescent mothers doubled from 2000-2012. In 12 months they will advocate sexuality education with 8,000 peers in 25 schools and with 10,000 families through radio, newspaper, video clip, and fun activities such as puppet theatre, role play, and skits.

Pregnancy in Thai girls between 15-19 years old is highest in Asia and ranks the second in the world (WHO, 2013). In 2012, 355 adolescents under the age of 20 gave birth every day; youngest mother was 12 years old. These teens are burdened with pregnancy at the time when they should be in school building their desired futures. Tragic consequences are abortion, single motherhood, girls not finishing school and being doomed to remain in low-paid jobs or be left with no income.

To Combat Teen Pregnancy in 5 provinces where births to teen mothers doubled from 2000-2012, CCF Thailand empowers 400 youths to be key actor of the solution rather than part of the problem. They will be trained to be Youth Advocates to work with teachers to form youth club and lead peer to peer talk on how to say No to early unsafe sex. In community they will use radio, video clip, puppet theatre, role play, skits to advocate about gender issue, sexual inequality, family communication skills.

In 12 months 400 youths will campaign 4 times/school/community and reach out to 8,000 peers in 25 schools and 10,000 families. With access to information/ services on pregnancy preventions, girls will be more capable to protect themselves, literate of their rights, responsibilities and become change agents themselves. The created network of Youth Advocate, friend, parent, teacher, local leader will be positive factor for fortifying girls' capacity to make informed decision on sexual life.

Project Leader:
Danai Sakhonwasee
CCF (Community Children Foundation)
Bangkok, Thailand
$4,497 raised of $5,000 goal
You last donated to this project on
127 donations
$503 to go
* Amounts in US Dollars
Donate Now
Donate once
Donate monthly
$10
USD
for 2 campaign T-shirts
›
$25
USD
for 1 set of puppets and materials for puppet theatre
›
$50
USD
for advocacy devices and supplies such as megaphone, poster, banner, campaign badge
›
$100
USD
for supporting 1 youth to be trained as youth advocates
›
$150
USD
for supporting 2 youths to be trained in radio broadcasting and video clip making
›

Donating through GlobalGiving is safe, secure, and easy with many payment options to choose from. View other ways to donate
COMMUNITY CHILDREN FOUNDATION UNDER THE ROYAL PATRONAGE OF HRH PRINCESS MAHA CHAKRI SIRINDHORN has earned this recognition on GlobalGiving:

GlobalGiving
Guarantee
Donate https://www.globalgiving.org/dy/cart/view/gg.html?cmd=addItem&projid=23460&rf=microdata&frequency=ONCE&amount=25
Please Note
WARNING: Javascript is currently disabled or is not available in your browser. GlobalGiving makes extensive use of Javascript and will not function properly with Javascript disabled. Please enable Javascript and refresh this page.