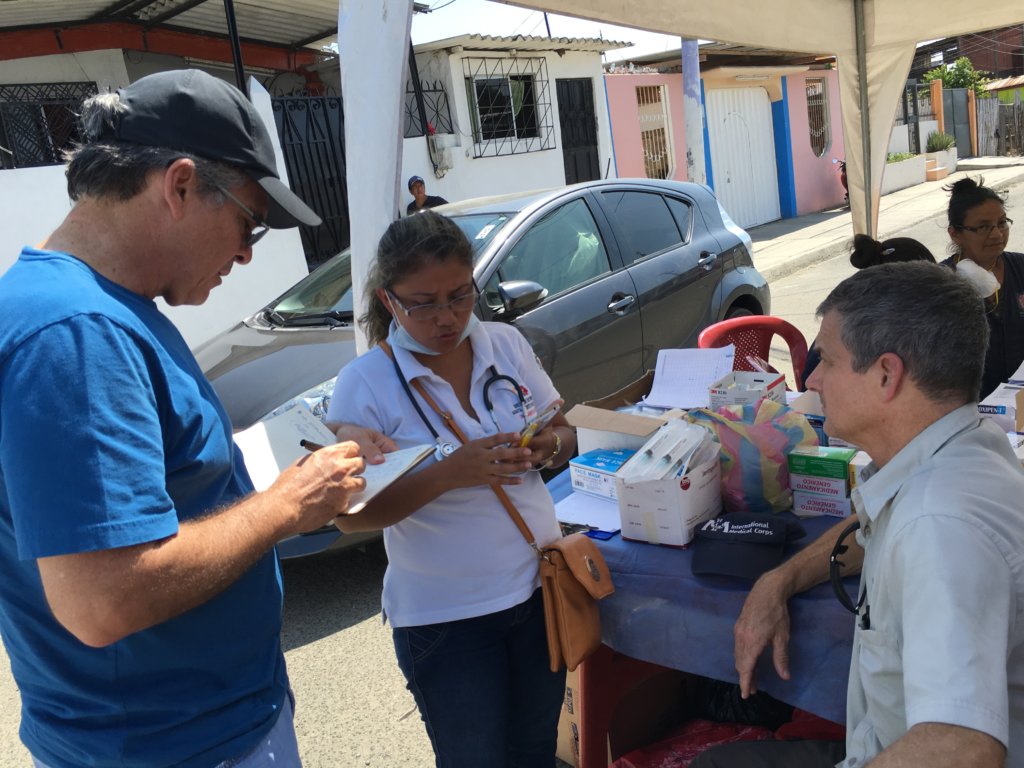 A magnitude 7.8 earthquake struck off the west coast of Ecuador on April 16, 2016. The quake devastated coastal villages and caused significant damage further inland, including collapsed buildings, destroyed roads, and downed infrastructure. The U.N. Office for the Coordination of Humanitarian Affairs indicates 660 fatalities and 4,605 people injured. International Medical Corps is committed to supporting the Government of Ecuador and local communities to deliver care and relief to survivors.

On April 16, a shallow magnitude 7.8 earthquake struck off Ecuador's western coast of Esmeraldas and Manabi provinces. The quake resulted in 660 causalities and more than 4,600 injuries. Government and humanitarian assessments of the earthquake's impact indicate that an estimated 720,000 people are in need of humanitarian assistance across the six affected provinces for which the Government of Ecuador declared a state of emergency.

With the Government of Ecuador leading earthquake response efforts, International Medical Corps' longtime First Responder, Dr. Robert Fuller, immediately deployed to Ecuador to work with a team of local volunteer medical professionals in some of the most affected areas. As needs unfolded, International Medical Corps bolstered its response capacity, deploying an emergency response team with water, sanitation, hygiene and logistics expertise to help meet the most pressing needs.

International Medical Corps partnered with a local group of medical volunteers to support the provision of health services and to assess the main needs on the ground. We now focus on improving water, sanitation and hygiene-related outcomes following the impact of this earthquake. International Medical Corps is emphasizing restoring disaster-affected communities to self-reliance for the long-term, as teams are committed to working with communities to rebuild and recover. 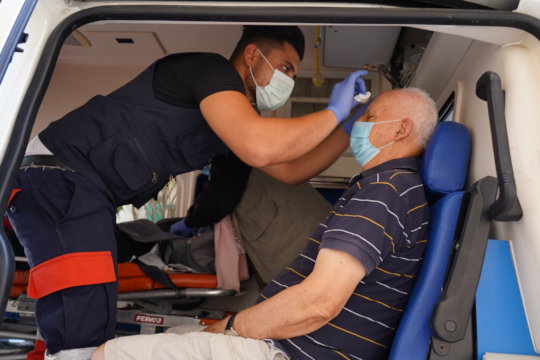 GlobalGiving
Guarantee
Donate https://www.globalgiving.org/dy/cart/view/gg.html?cmd=addItem&projid=23877&rf=microdata&frequency=ONCE&amount=25
Please Note
WARNING: Javascript is currently disabled or is not available in your browser. GlobalGiving makes extensive use of Javascript and will not function properly with Javascript disabled. Please enable Javascript and refresh this page.