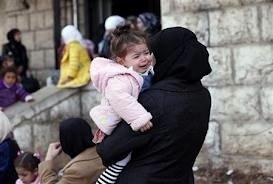 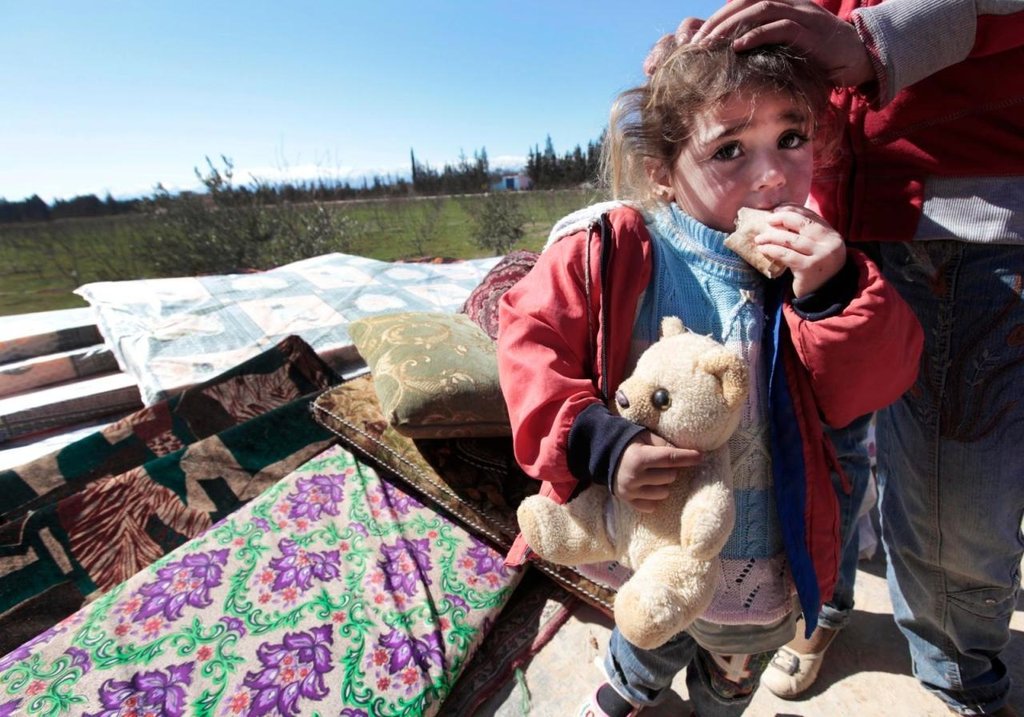 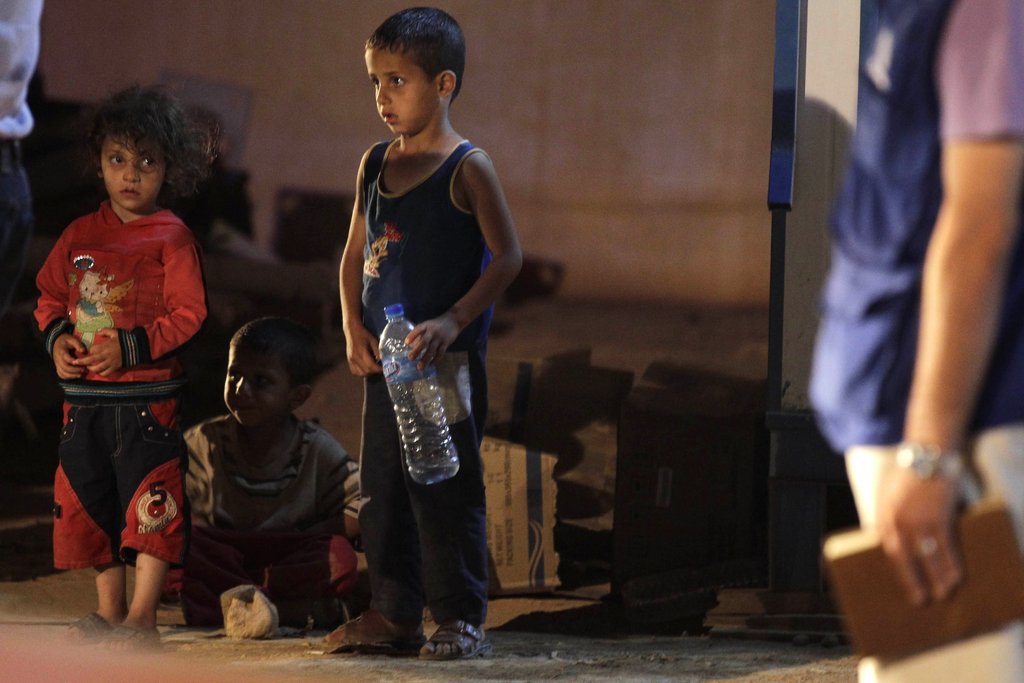 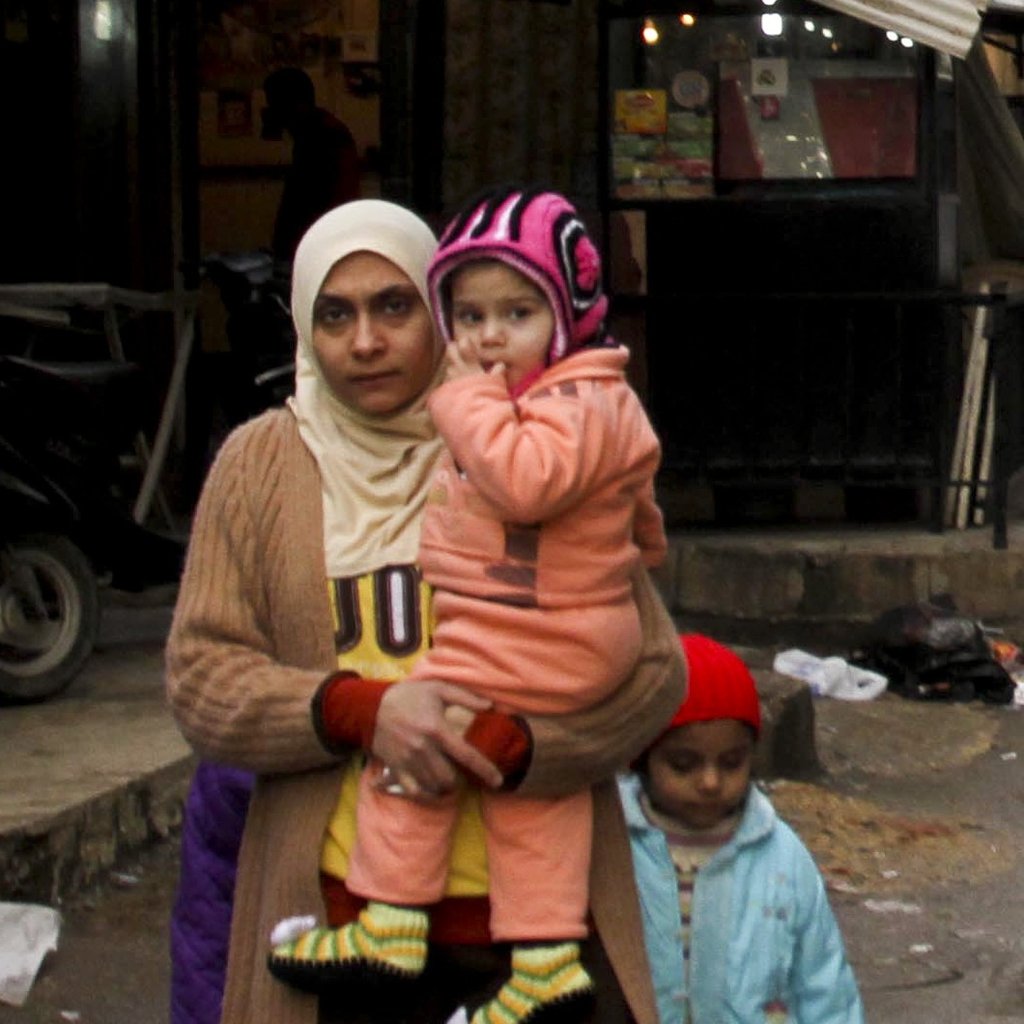 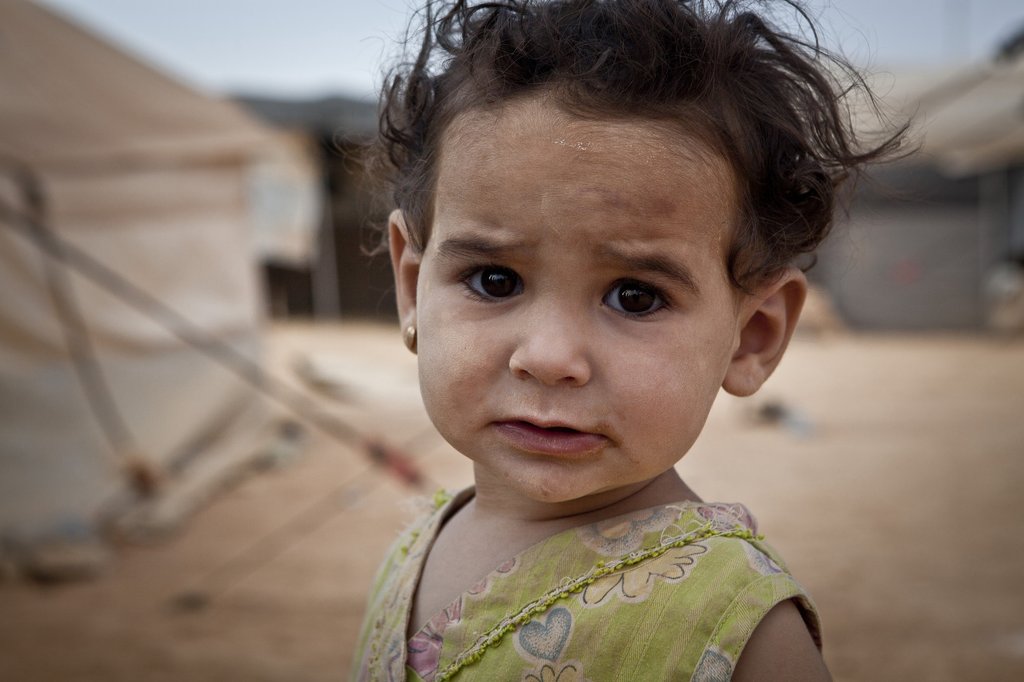 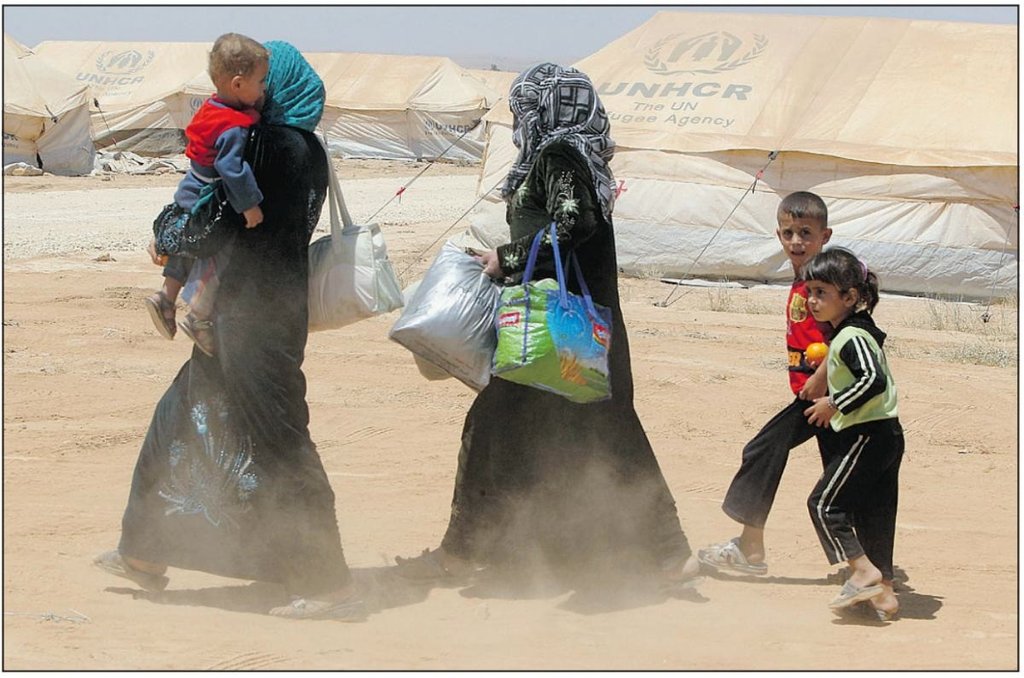 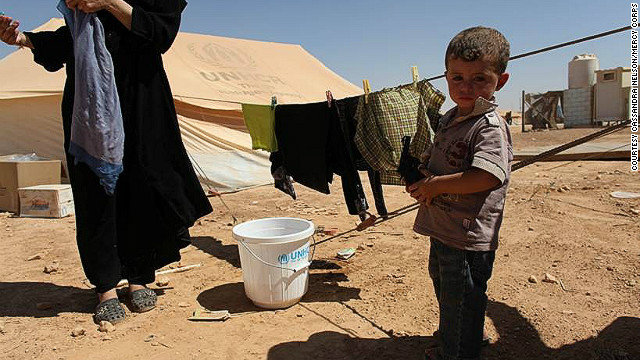 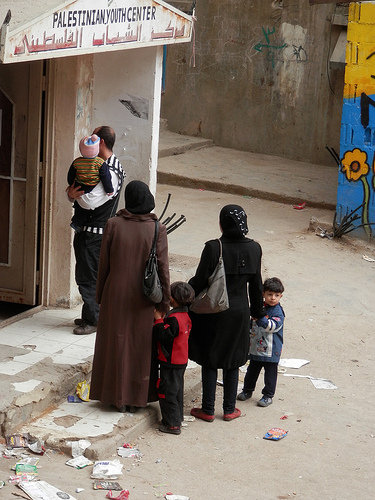 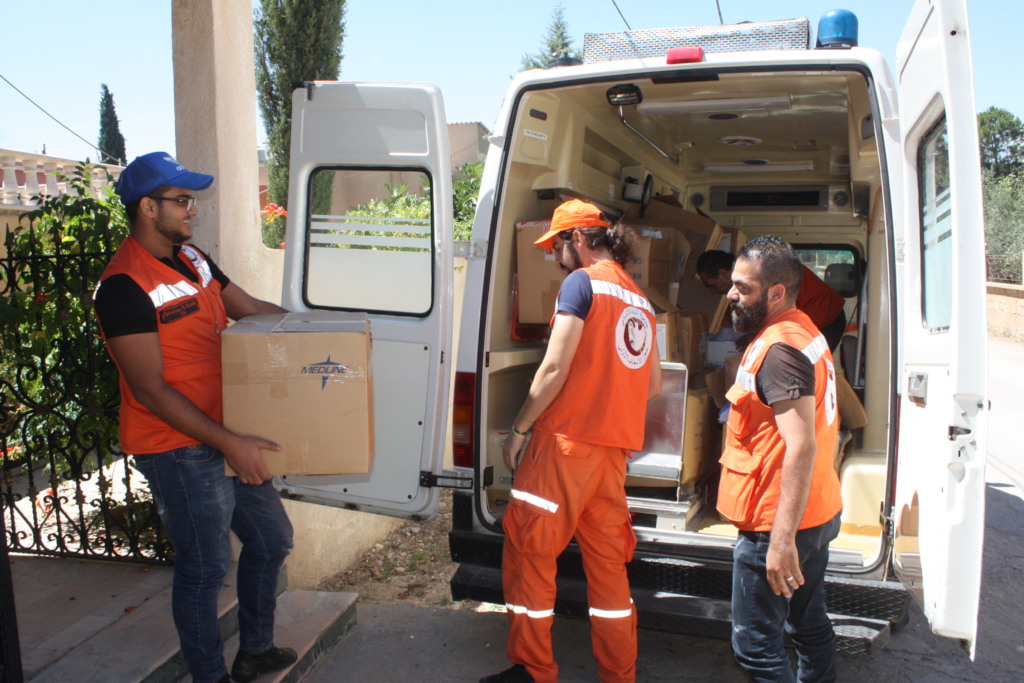 Huge thanks to everyone who has contributed to this project. MECA's shipment of medical supplies valued at one million dollars has arrived in Lebanon. It contains specific items community clinics and pharmacies requested for the growing population of refugees from Syria, including medicines for kidney disease, diabetes and bleeding, airway tubes, bandages, IV fluids, syringes, antiseptics.

Also included in the shipment were hundreds of hygiene kits which MECA's partner organizations distributed to refugee families.

The director of Al Shifa Medical Association wrote to say "We extend our thanks and appreciation for this humanitarian medical assistance which contributes to reducing the suffering of the refugees living in our region. We alos hope you will continue to support our institution which provides free medical services to refugees."

The Gift of Warmth for Refugees 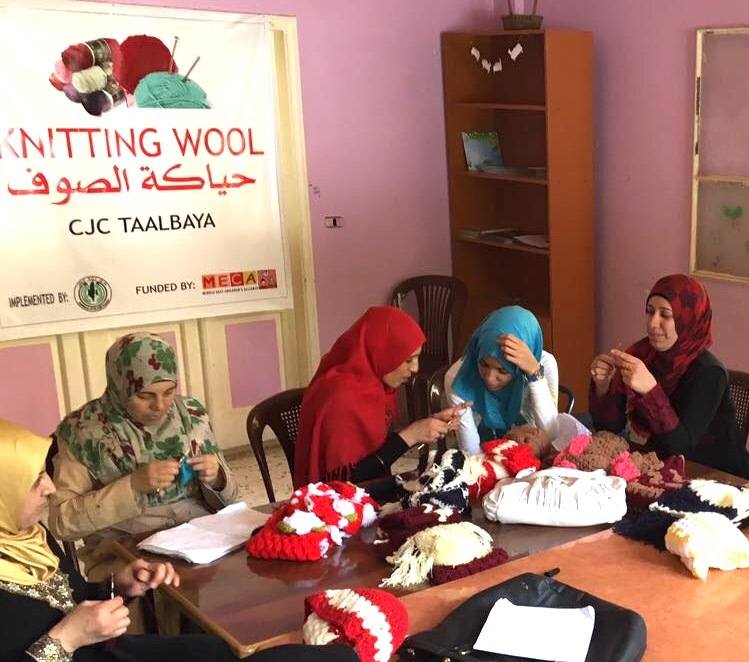 A group of Syrian refugee women in Lebanon came together at the Al-Jalil Center to make mittens, hats and scarves for refugee children. Support from MECA enabled Al-Jalil to purchase yarn, provide training, and pay the women for their work. Four hundred children in and around the Bekaa Valley will each get a bundle including a scarf, a pair of mittens, and a hat. Another 300 will be sold by Al-Jalil Center at a special sale to raise funds to expand the project.

Ibtisam spends most of her time at home caring for a disabled sister and her elderly mother.  She joined the group because she wanted to be less isolated.

“I'm proud of my work with Al-Jalil Center and this humanitarian project that will help refugees during winter. Also, I can depend on myself and support my mother and sister.” -- Ibtisam 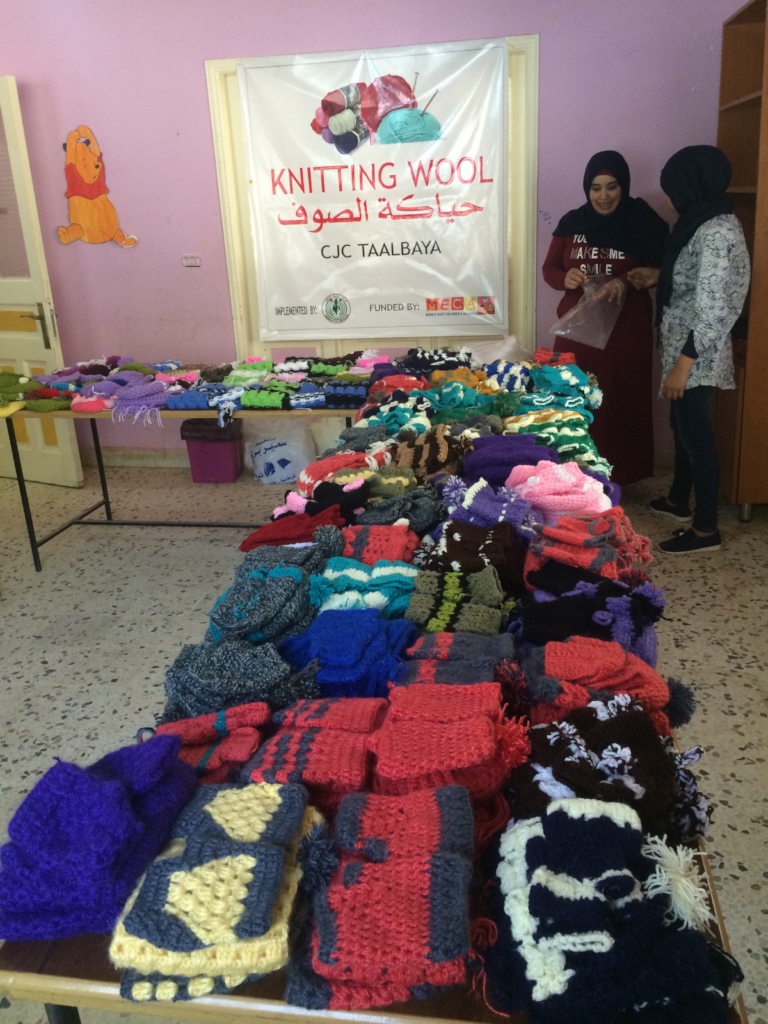 Scarves, hats, and mittens made by refugee women

With donations from you, MECA was able to partner with Medical Teams International to prepare a 40 foot container with nearly $1 million in medical supplies and equipment for hospitals and clinics in Lebanon serving refugees from Syria and hundreds of hygiene kits for Syrian refugee families. The shipment left Seattle this week and will arrive to Lebanon in six weeks.

The items in the shipment were requested by organizations working in Lebanon. One of the our local partners says:

"Children of Al-Jalil Center found a great partner with MECA based on our shared goals of helping displaced people and those in need. Together, we are meeting basic needs of families from Syria, helping them to survive and live with dignity."

We will update you when the shipment arrives in Lebanon!

With your support, we also continue to support education projects for Syrian refugee children who are unable to attend local schools. These informal schools provide more than 250 children the opportunity to access their right to education through classes in Arabic reading and writing, English, math.

I feel proud and happy whenever I wake up from sleep to go to the center to learn something new every day. I hope to get an official certificate so I can continue in Syria, enter the university, realize my dreams, and help the rebuilding of my homeland. 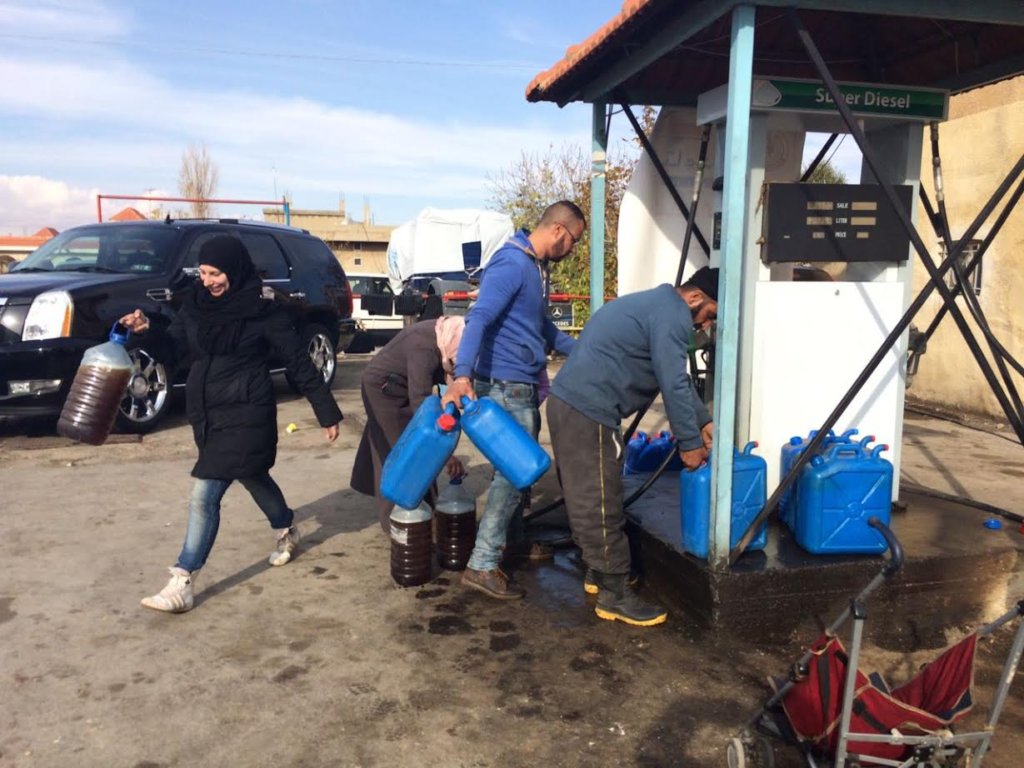 In December, MECA provided funding for a "Warm Winters" project to distribute gas for heaters to 500 families and food and hygiene coupons to 100 families living the Bekaa Valley area of Lebanon.

The staff at Al Jalil Center who organized and implemented the project after surveying families for their needs commented that "We searched for the families who left everything behind them, to come to the Beqaa, especially the Aljalil camp. Our duty is to support this kind of vulnerable families in aid. Especially during these winter days that are icey, stormy, and bitterly cold."

One of the beneficiaries is a young couple from Syria who left everything and came to Lebanon illegally. They arrived in November 2016 to Waivel Refugee Camp with nothing - no clothing, no bedding, no papers. Different individuals and organizations provided them with a mattress, blankets, and a heater. Then Al Jalil Center provided them with gas for their heater and a voucher to purchase basic food and hygiene items from one of the local shops.

We also continue to support programs at two locations in Lebanon providing informal schooling for Syrian refugee children who are unable to attend the local schools because they have fallen too behind, don't have the correct paperwork, or are not able to pay the registration fees. 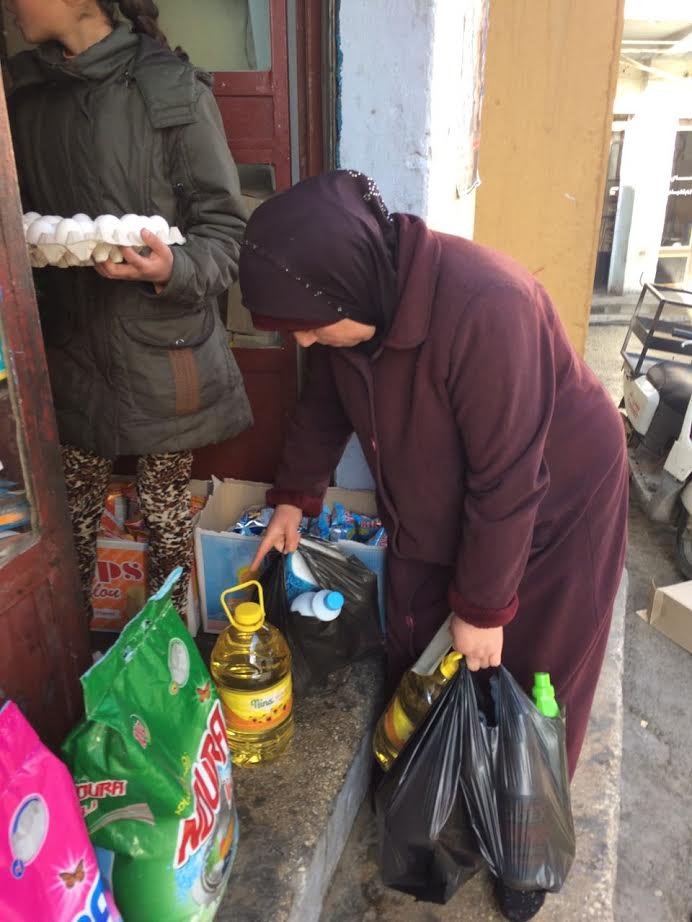 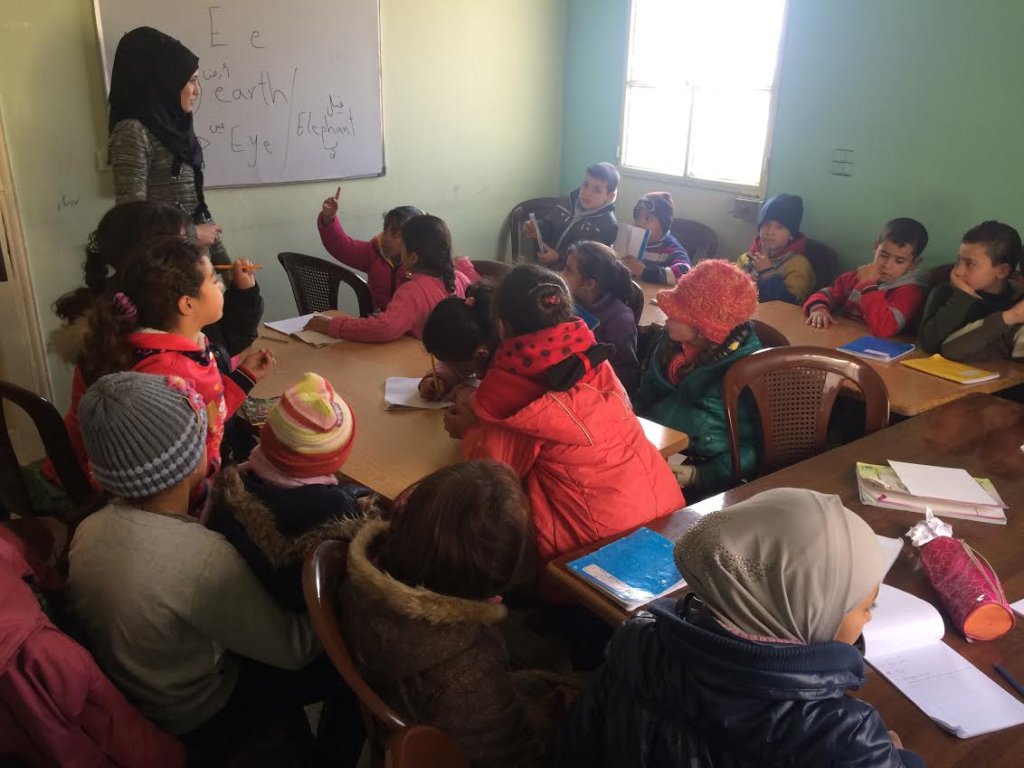 A classroom for Syrian refugee children in Lebanon 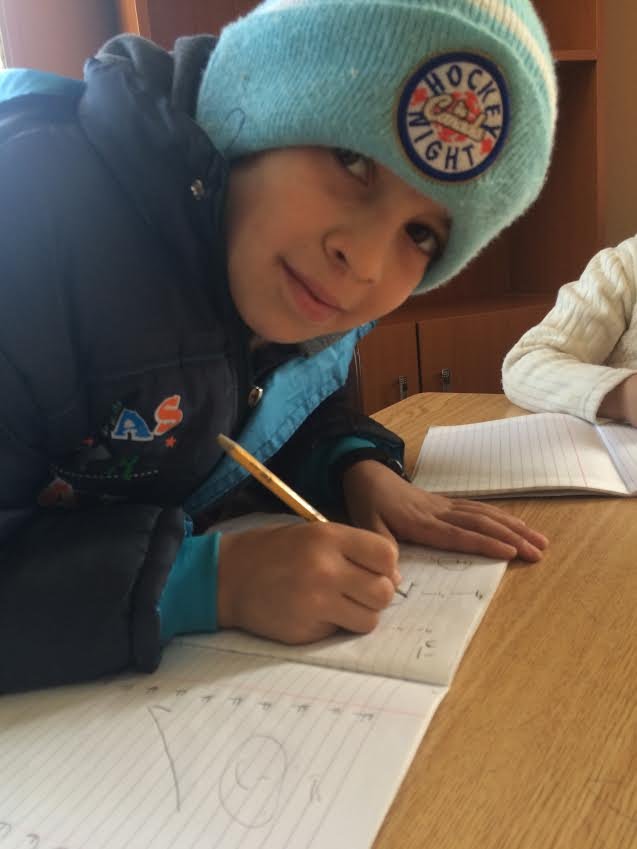 One of the students at an informal school 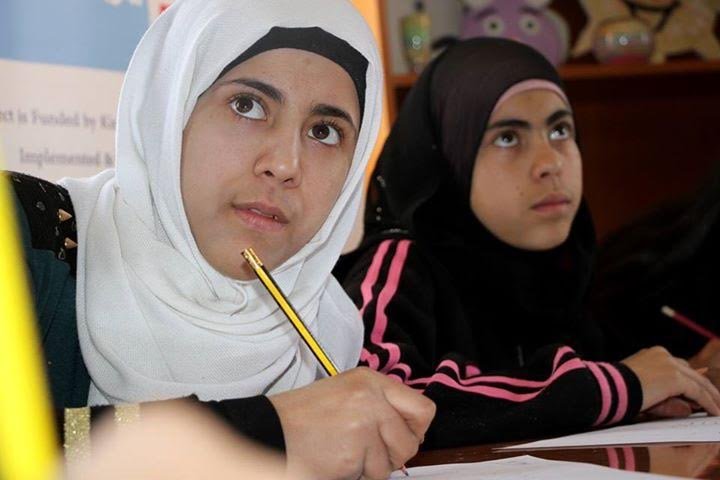 Studying at Al-Jalil Center in Lebanon

When I see local students going to school every day, I feel jealous and angry.  I ask myself, why I am not allowed to be like them? Why I am different?

I was born and grew up in a refugee camp. I am connected to each and every refugee on this earth. We refugees share the dream of returning to our homes and land. In the meantime, I think about how refugees around the world survive day to day. Where do they sleep? What do they have to eat? Do they have access to water? Can the children go to school?

A few days ago I talked to a 14-year-old girl named Maisa. She is a refugee from Syria living in Lebanon.

I want to share the things Maisa told me about her life.

Maisa came to Lebanon three years ago with seven family members after their home in Syria was bombed. Her father is stuck in Syria. The whole family is living in one tiny room. But Maisa thinks of herself as lucky compared to other children she's met who live in tents and shower only once a week.

Maisa is one of 250,000 refugee children in Lebanon who can’t go to school. She says, "No one from my family can go to school. It is very expensive and some of us are not allowed because we don't have documents.”

But thanks to MECA supporters like you and the Al-Jalil Cultural Center in Lebanon, Maisa is continuing her education along with other refugee children.

“I go to the Center every day for three hours. I learn math, English, and Arabic. On weekends, I learn how to use the computer. It is not enough, but still, it's the only place for me to learn something."

I asked Maisa what she wanted to be in the future, she told me she's afraid of the future, and that she only wants to go back to her home and play with her friends as she did before the war changed everything.

When I talk with Maisa and other refugee children from Syria, it brings back my own feelings of hopelessness, isolation, and anger from childhood.

Like all refugee children, Maisa has been forced to grow up too fast. Her childhood has been assassinated. MECA and the Al-Jalil Cultural Center are trying to give her hope by allowing her to learn new things and to imagine a better future.

Support another project run by Middle East Children's Alliance that needs your help, such as: 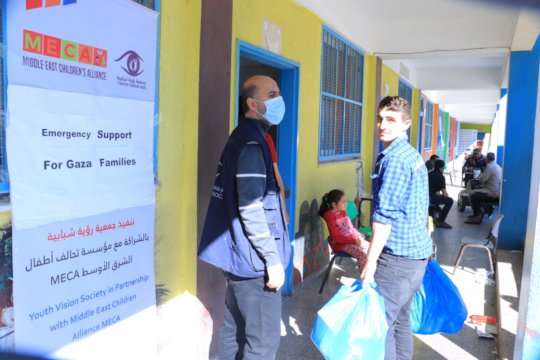 Aid for Children and Families in Gaza
Find a Project

GlobalGiving
Guarantee
Donate https://www.globalgiving.org/dy/cart/view/gg.html?cmd=addItem&projid=15373&rf=microdata&frequency=ONCE&amount=25
Please Note
WARNING: Javascript is currently disabled or is not available in your browser. GlobalGiving makes extensive use of Javascript and will not function properly with Javascript disabled. Please enable Javascript and refresh this page.