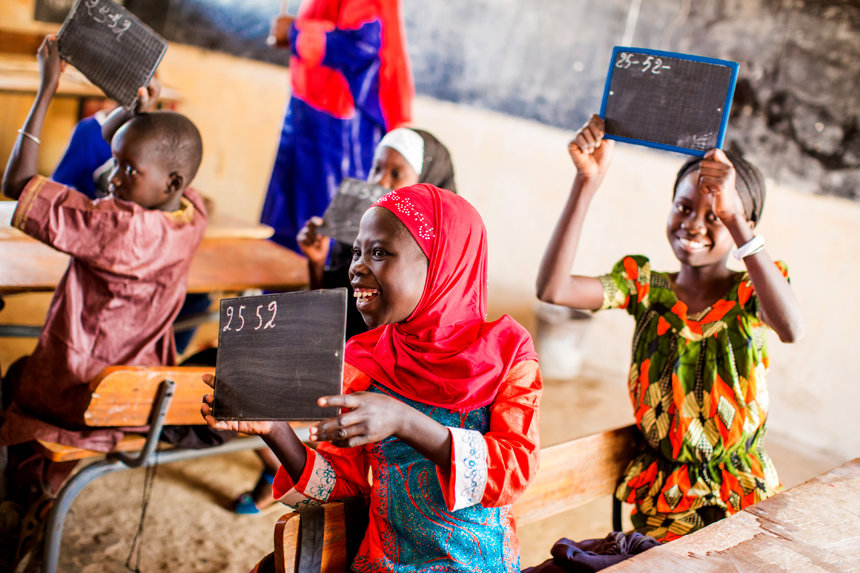 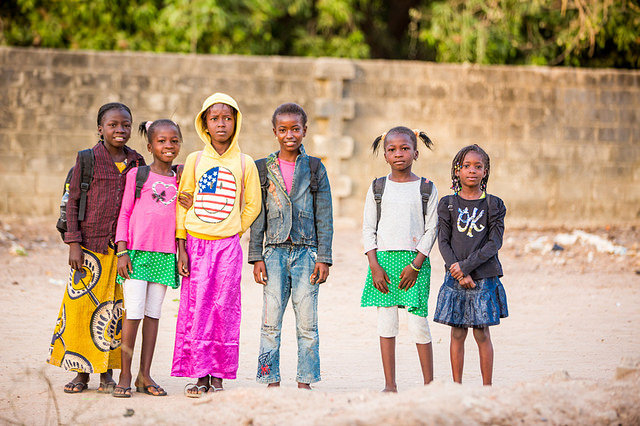 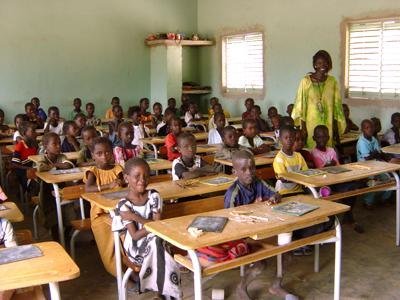 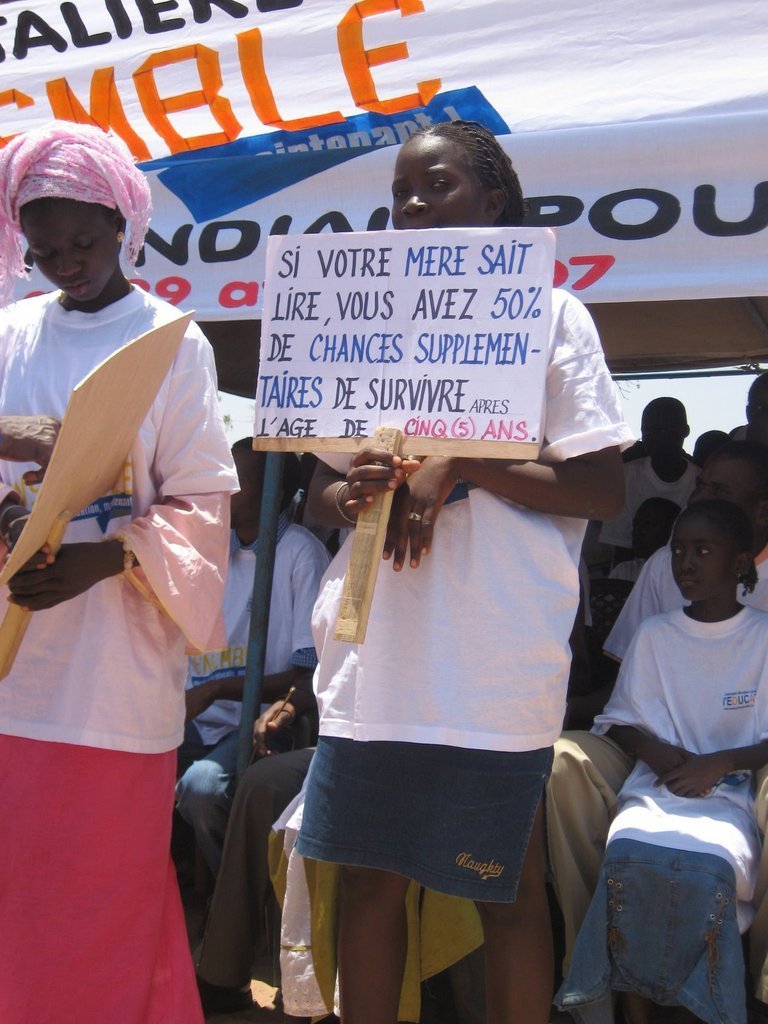 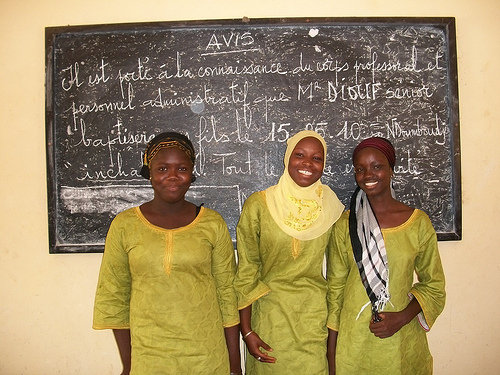 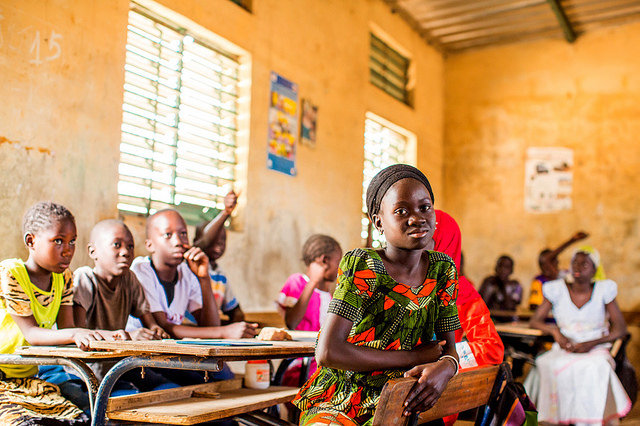 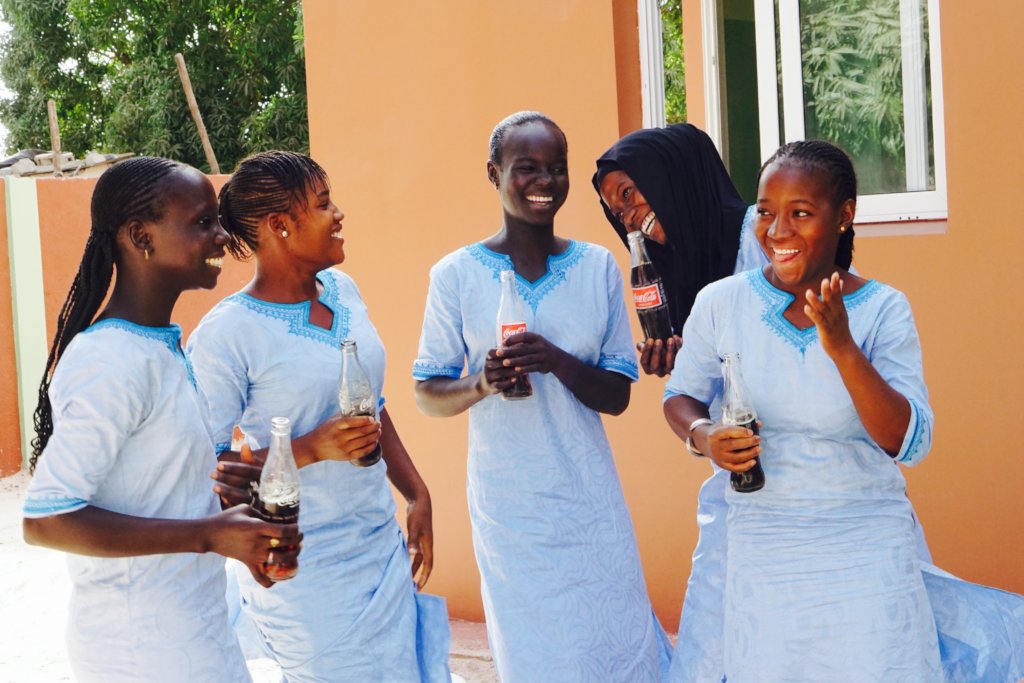 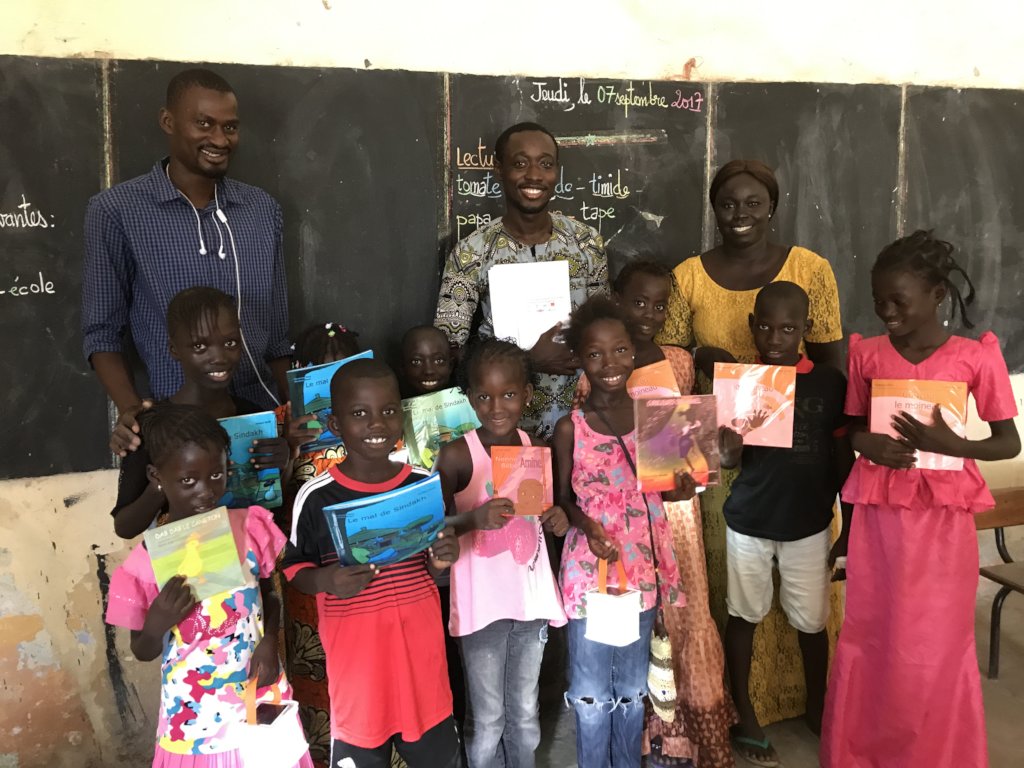 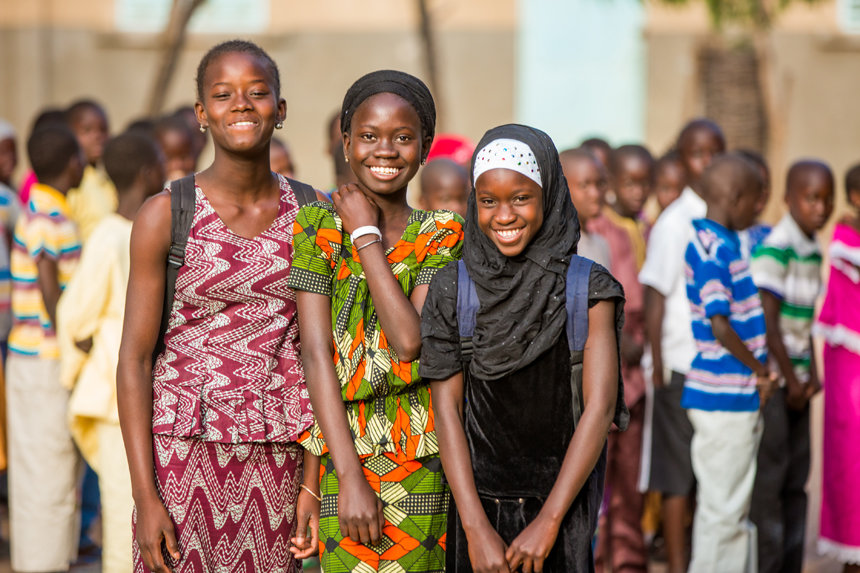 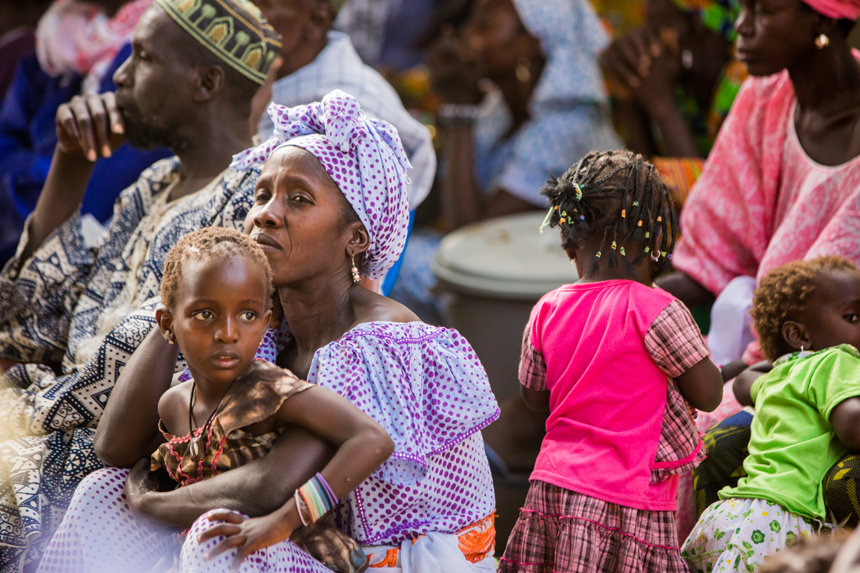 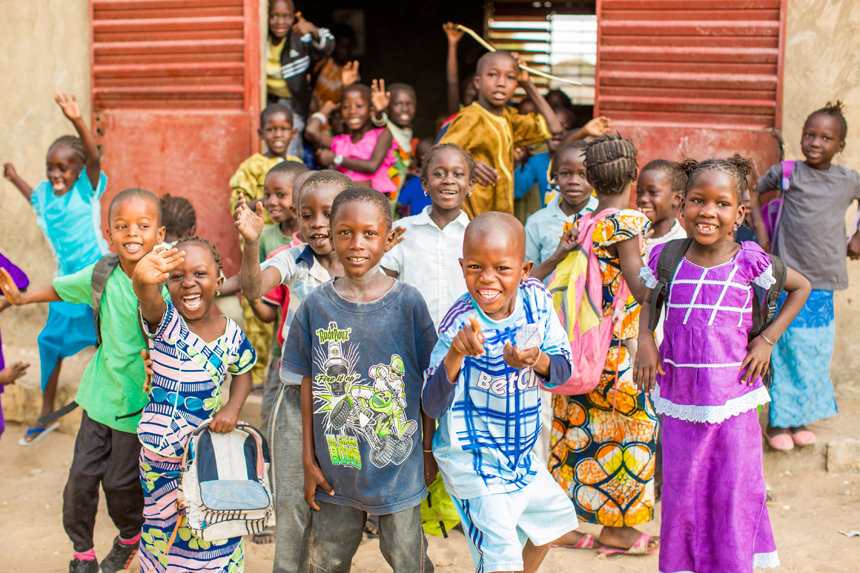 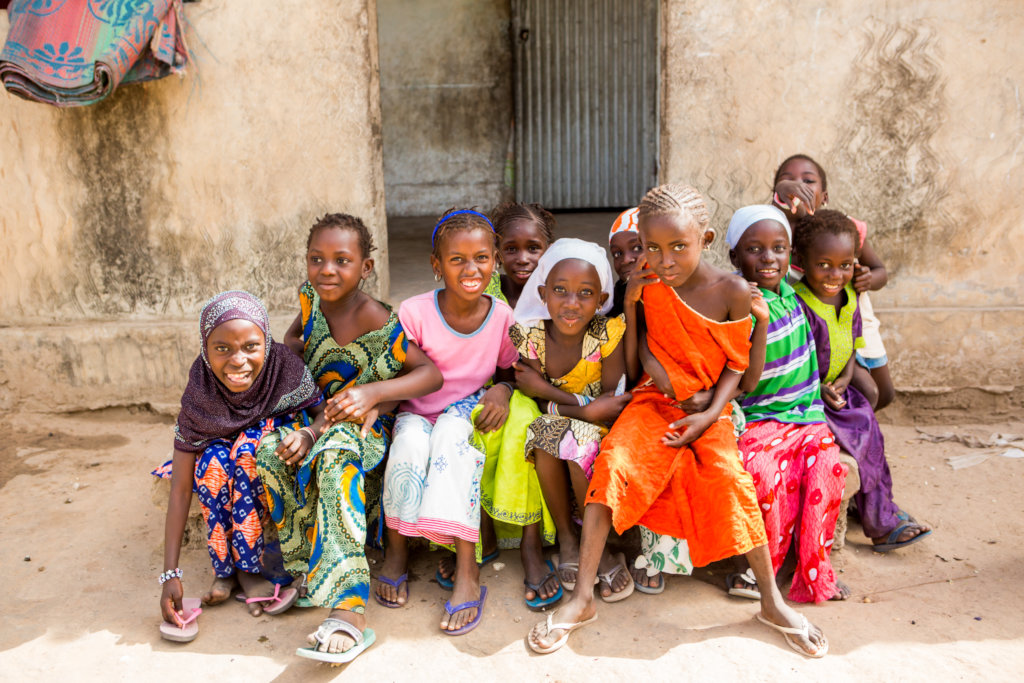 Impact to Date: We are making a difference!

Thank you for supporting the work of Women's Global Education Project to fight global poverty through the empowerment and education of women and girls! These recent numbers of our IMPACT TO DATE show that our work is making a big difference: **WGEP has provided 1,254 scholarships since our inception in 2003: 997 through our Senegal program and 257 through our Kenya program! These scholarships make it possible for girls who otherwise could not go to school have the opportunity for an education. **Retention rates in both our Senegal and Kenya programs have remained at 90 percent or higher over the past four years! This is especially impressive since the communities where we work have historically been known for high dropout rates among girls due to the prioritization of education for boys' over girls', over reliance on girls for home and farm chores, and the prevalence of early marriage. If you would like to learn about our sister project in Kenya, please visit our WGEP Kenya GlobalGiving page at http://www.globalgiving.org/projects/educate-girls-and-fight-poverty-in-kenya/ or you can visit us at www.womensglobal.org. If you would like to further support our work in Senegal and Kenya, GlobalGiving will be matching gifts made via GlobalGiving.org on Wednesday, March 16, 2011, up to $1000 per donor, with $75,000 in matching funds to be dispersed. We would not have been able to do this work without your support. Thank you for making a difference!

WGEP Senegal reaches out to community

The 2010-11 school year is well underway in Fatick, Senegal, and in addition to providing tutoring, health and mentoring support to our scholars, WGEP Senegal is reaching out to the local community to promote and strengthen support for girls’ education in the area, meeting with local government, health and education officials, including the Regional Council of Fatick, the new Inspector of Education for the region, and the Project of Support for the Education of Girls run by the Senegalese Ministry of Education. WGEP Senegal Project Coordinator Adji Senghor also participated in a community round table hosted by the Regional Council of Fatick last November 11, 2010, to mark the National Day of Education for Girls. Adji raised awareness for the importance of helping girls stay in school amidst all of the issues that can pressure girls into dropping out such as early marriage, overreliance on girls for house and farm chores, and preference on boys for education. Community awareness, support  and buy-in is key to the success of our scholars in school, which is why it constitutes a major part of our work. 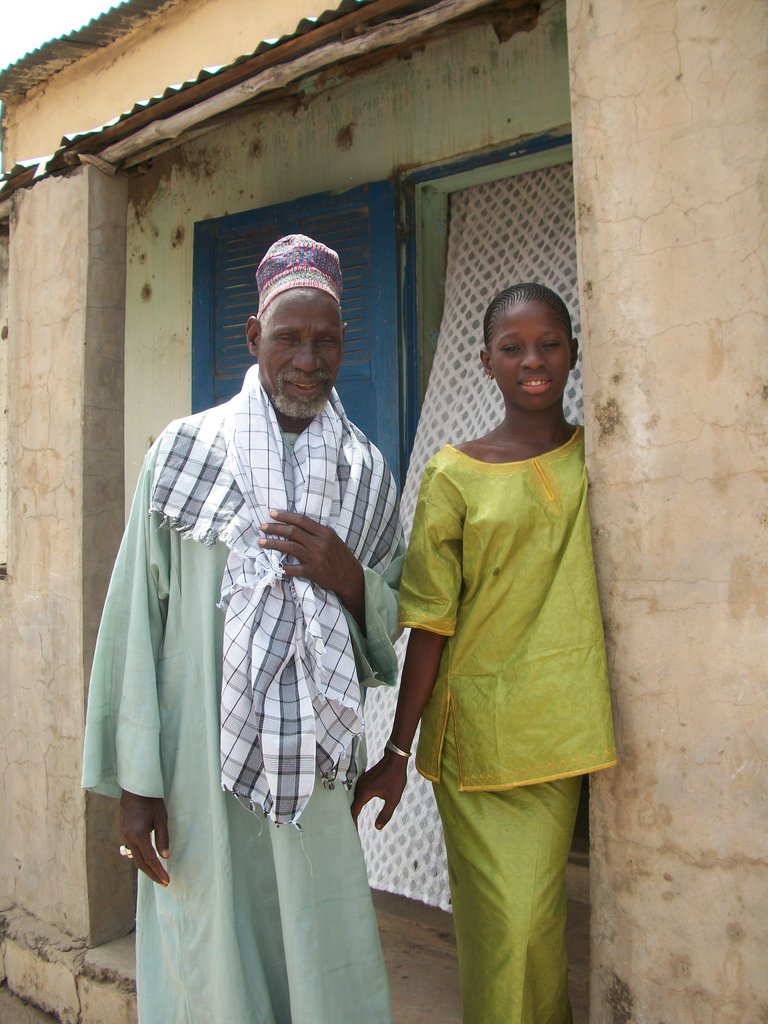 Diama and her father Oussman

﻿Thank you for your support of Women's Global Education Project-Senegal in 2010!

You have helped us touch the lives of girls in remote, rural areas of Senegal and help them have the chance for an education--a chance that they might otherwise never get. Because they are now able to go to school, our scholars can have hope of a changed life and of building a brighter future, and they in turn are also changing the minds and hopes of family, friends and communities around them.

One such girl is Diama Gaye.

Although unusual for their rural community of Diossong, Senegal, Diama was sent to school at a young age. This was because her mother valued education and wanted her daughter to have opportunities in life that she herself never had. But when her mother suddenly died, Diama's father, Oussman, withdrew his daughter from school and kept her at home to take over the house chores.

The young Diama was befriended by Maimona Ndong, a teacher at the local school, who began to mentor her. Maimona saw how much Diama wanted to go back to school and decided to talk to Oussman. At first, Oussman was unwilling to send his daughter back to school, especially because he could no longer afford the school fees.

Maimona, however, wouldn't give up. She told Oussman about Women's Global Education Project and our Sisters-to-School scholarship program and promised to help Diama apply for a scholarship to pay for the school fees.  It took some time, but eventually, Oussman agreed.

Now 12 years old, Diama is doing well in school and is aspiring to become an entrepreneur to help her community. Her father is proud of her success and has now become a strong advocate in the village for girls' education. As a religious leader, Oussman has been key in helping to change minds and in persuading other families to send their own daughters to school.

"School has been very positive for my daughter," Oussman says. "After seeing what it has done for her, I now believe that it is very important for girls to go to school."

Beginning with the 2010/2011 school year, the Ministry of Education in Senegal has eliminated the exclusive national entrance exam for the grade 6iéme, which will allow more grammar school students to continue their secondary school education! In past years, students were required to pass three rigorous exams at different points in their academic career in order to be allowed to remain in school. The first exam, the entrance exam for 6iéme, took place after the sixth year of school and was required for continuing to the secondary level. The second, the BEFEM, is required for entrance to high school, and the third--the Baccalaureate--is taken at the end of high school. If a student fails a test he/she is allowed to repeat the year and the exam once. After failing for a second time, the child is automatically excluded from school for the rest of their school-age years.   This policy has prevented many children from continuing their education past the elementary level, particularly impacting children from poor rural communities who have fewer resources and less access to the quality education and academic tutoring needed to pass the exclusive examinations. The État Général de l’Éducation of Senegal has recognized that this policy conflicts with the legally recognized right and obligation of children to attend school for at least 10 years.  Therefore, the government has abolished the entrance exam for secondary school because it automatically limited anyone who didn’t pass to only six years of schooling. The government has long recognized that the entrance exam for 6iéme prevented children from attending school but could not afford the costs associated with maintaining all children in school through middle school. Starting this school year, the government will implement changes to honor its obligation to provide schooling for every child. Because this will increase the number of students in middle school, the government has pledged to construct new middle schools. In the past secondary schools were located only in certain towns and students who lived in villages outside of walking distance to the town were forced to find lodging in the town if they wished to continue their education. The new schools will be located so as to enable children living in villages to attend school without leaving home.   These changes have been made possible through the partnership of local communities, the international community and the Senegalese government. Local communities have donated land for the new schools, and the international community and NGOs are funding the construction and equipping of new schools. The government will then provide teachers and staff for the newly built schools. With the help of NGOs and international aid, the government is able to support more schools and educate more children.   Other future changes planned for the Senegalese education system include the provision of school supplies to each student by the government, school uniforms, the replacement of the first year of secondary school with a preparatory year to help students transition between elementary and secondary school, and an increase in the number of high schools and universities throughout the country. All of these changes are projected to increase access to education, as well as the quality of education throughout the country and were possible only through the engagement of NGOs and the international community.

With more children given the opportunity to access secondary education, programs such as WGEP's Sisters-to-School can make a real difference in helping families overcome the financial, cultural and academic barriers that can keep their children from taking full advantage of these opportunities.

Thank you for supporting us in this important work!

Five WGEP Sisters-to-School Senegal scholars got the chance to participate in a recent summer camp for girls held just outside of Sokone in the Fatik region and hosted jointly by Peace Corps Senegal and WGEP's local Senegal partner UDEN. The camp focused on leadership and empowerment and was designed to help girls reach their academic and leadership potentials. Our five scholars were invited to participate because of their academic performance in school and their emerging leadership skills.

The camp was primarily facilitated by Peace Corps volunteers, in partnership with our local Senegal partner Union Democratique Des Ensiegnantes de Senegal (UDEN). UDEN is a national organization of Senegalese primary and secondary school teachers dedicated to supporting education and the teaching profession throughout Senegal.

Read Peace Corps Senegal volunteer Elida Lynch's report below. Elida is currently serving with the Peace Corps in Sokone and is also assisting our Sisters-to-School program.

Your support allows us to help provide empowerment opportunities like this for our scholars to develop their potential as individuals, as students, and as leaders in their communities. Thanks for your support!

Donating through GlobalGiving is safe, secure, and easy with many payment options to choose from. View other ways to donate
Women's Global Education Project has earned this recognition on GlobalGiving:

GlobalGiving
Guarantee
Donate https://www.globalgiving.org/dy/cart/view/gg.html?cmd=addItem&projid=2430&rf=microdata&frequency=ONCE&amount=25
Please Note
WARNING: Javascript is currently disabled or is not available in your browser. GlobalGiving makes extensive use of Javascript and will not function properly with Javascript disabled. Please enable Javascript and refresh this page.