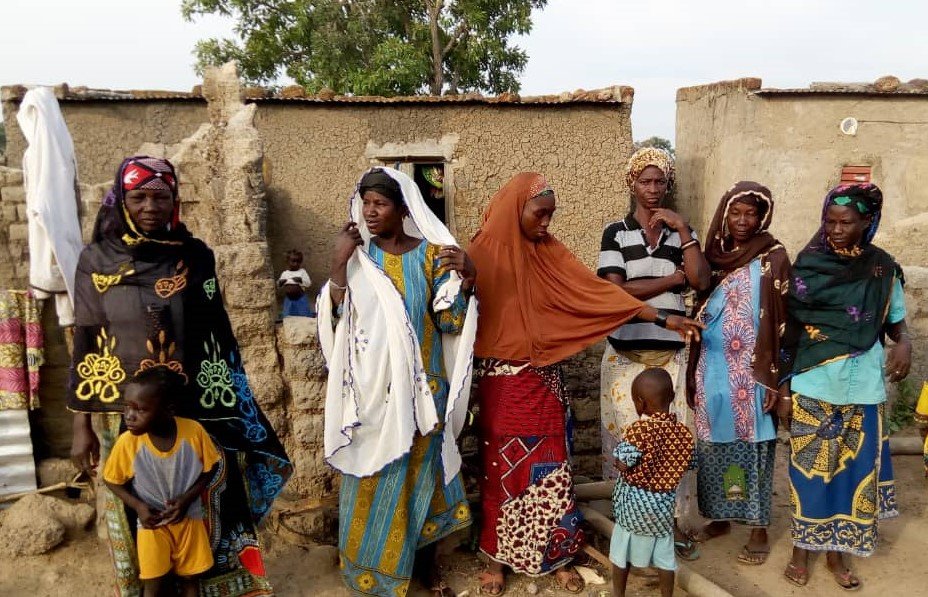 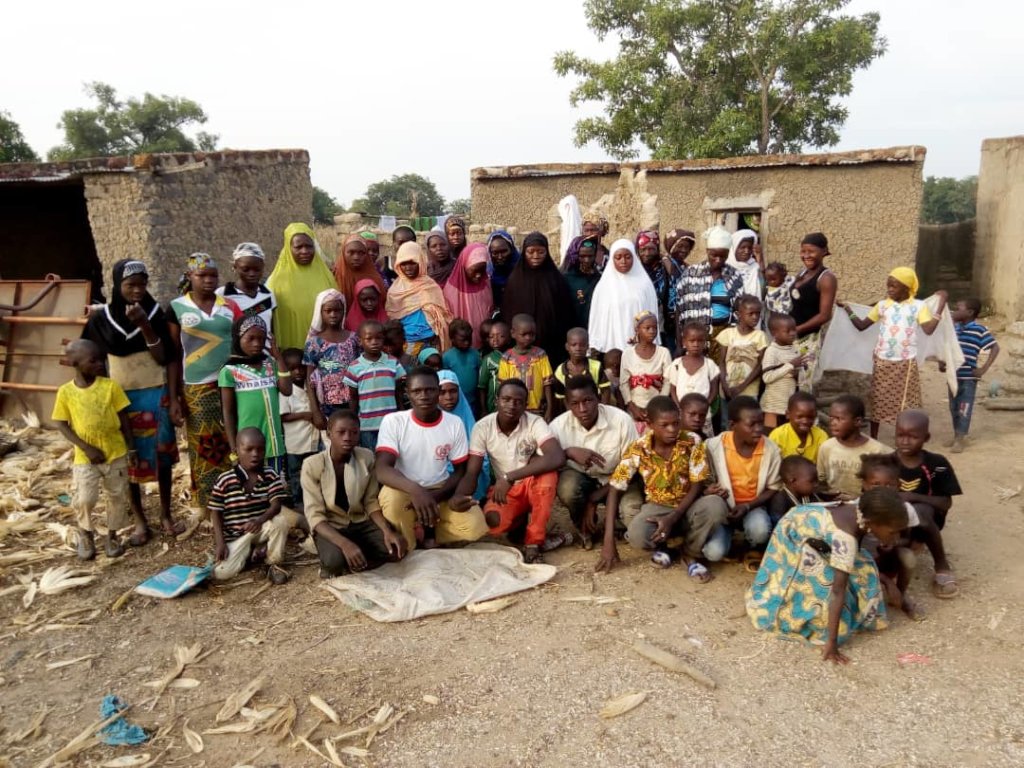 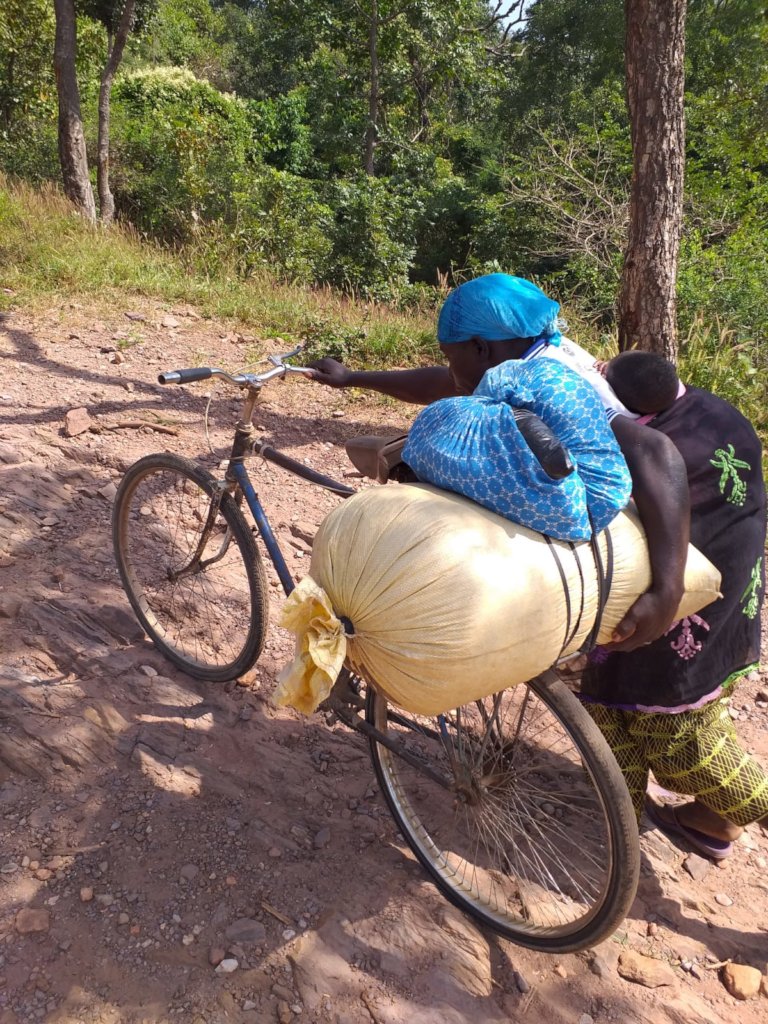 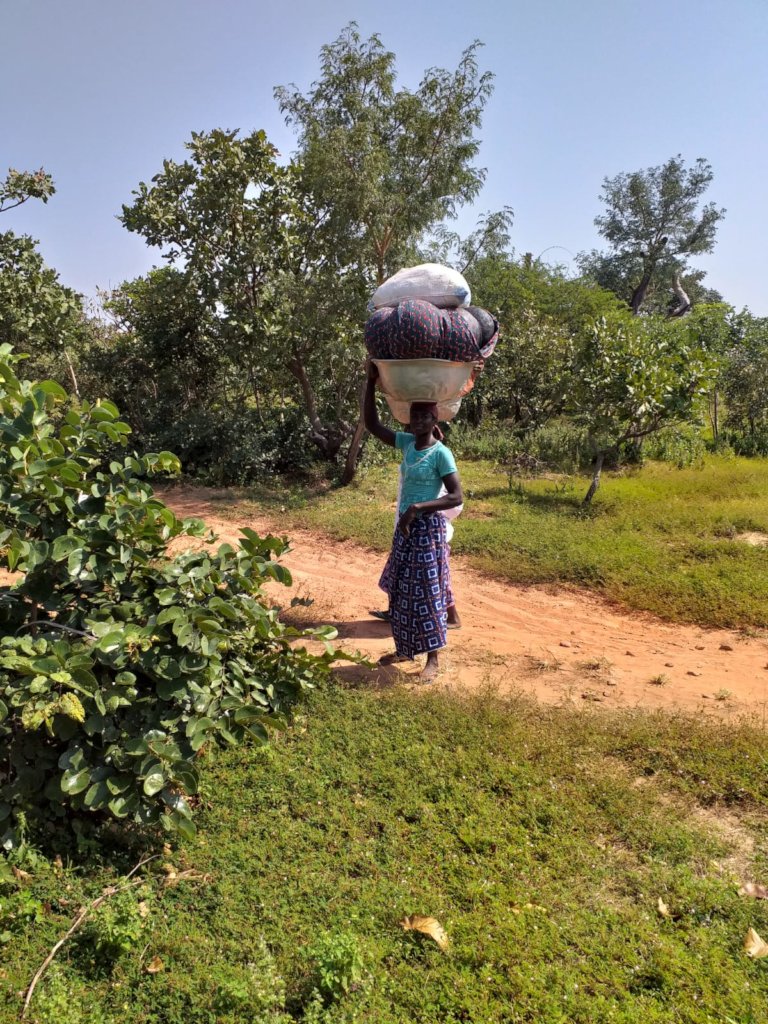 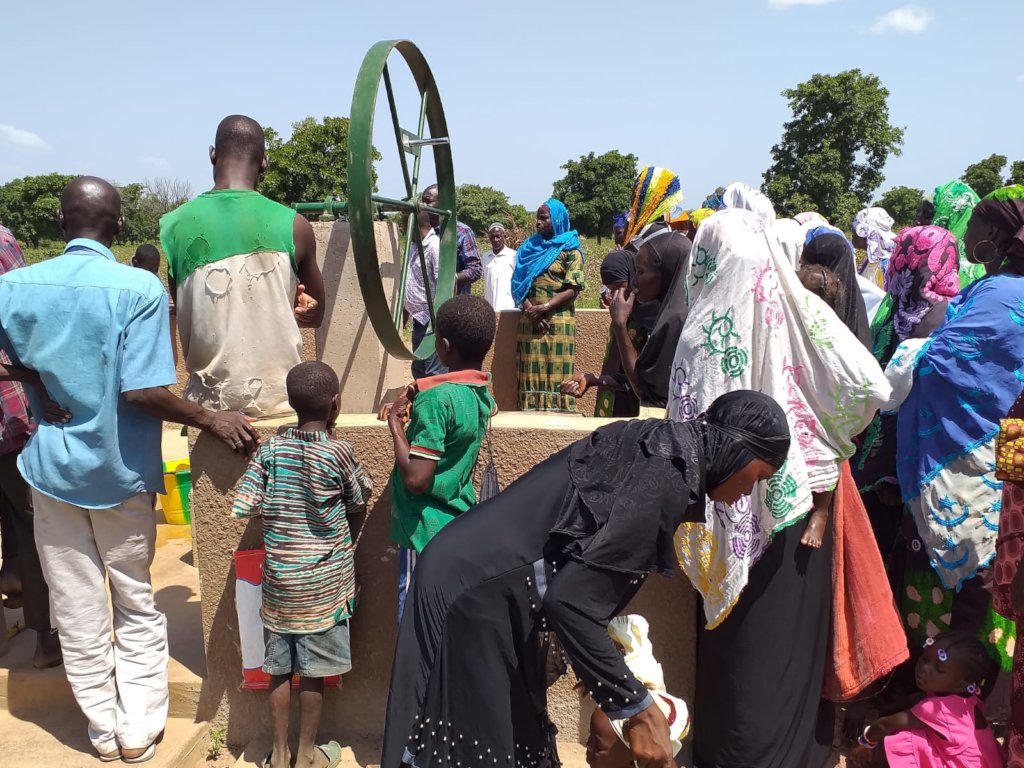 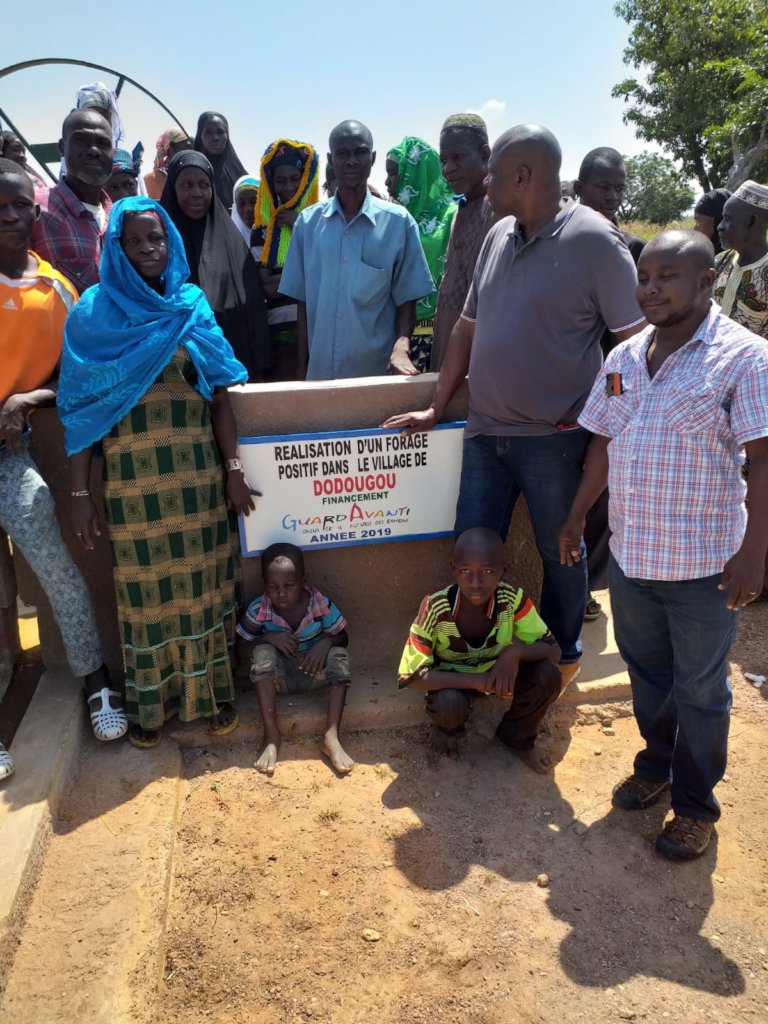 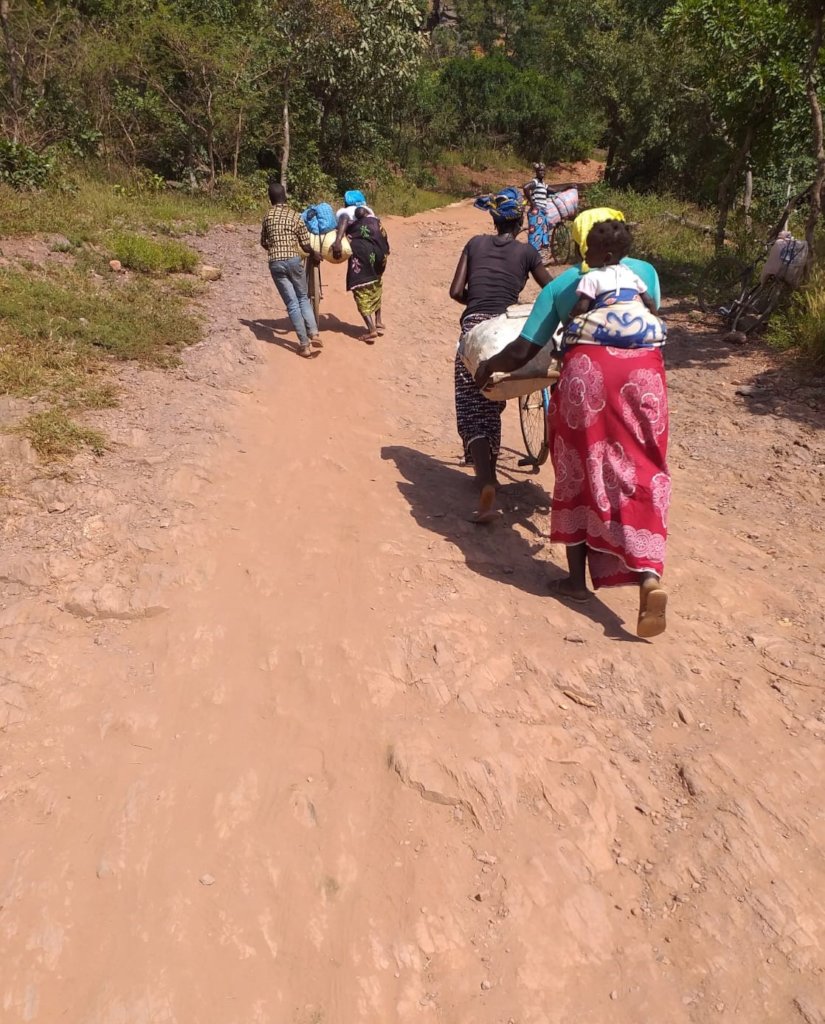 Dodougou between old and new necessities 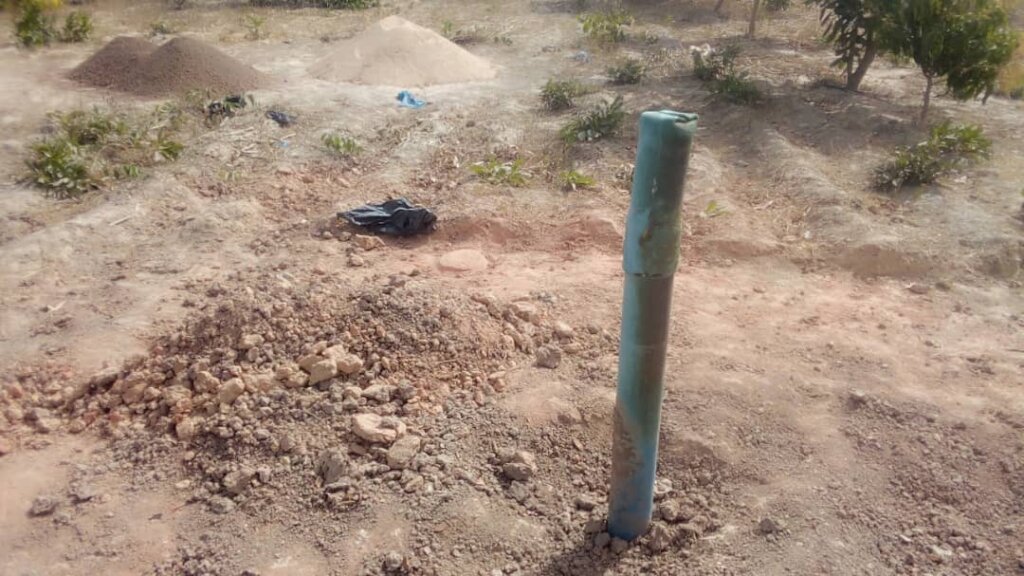 In January we shared with you the stressing situation in which the Dodougou village found itself.
3 years ago we started a project to dig a well in this village, where lack of water was a vital problem.

The well solved the village's problems for several months. But last fall the situation worsened: many refugee families - especially women and children - came and settled in the village because of the serious unrest in the north of the country.

Due to the urgency of the situation the local group of women "Wend-Songda", beneficiary of this microcredit project, asked us to divert our efforts in fundraising for few months.
In February we began the rehabilitation of an old abandoned well: a hand pump was installed, the cement base built, and the water is now coming out in abundance!

Where a few months ago there was only earth and stones today water gushes.
The support of so many precious donors, has served to bring water, life, joy to the entire village of Dodougou.

Happily, we can now get back to focusing on this Economic Emancipation project that requires a stronger effort. Please, spread the word among family and friends!

Thanks for following us. 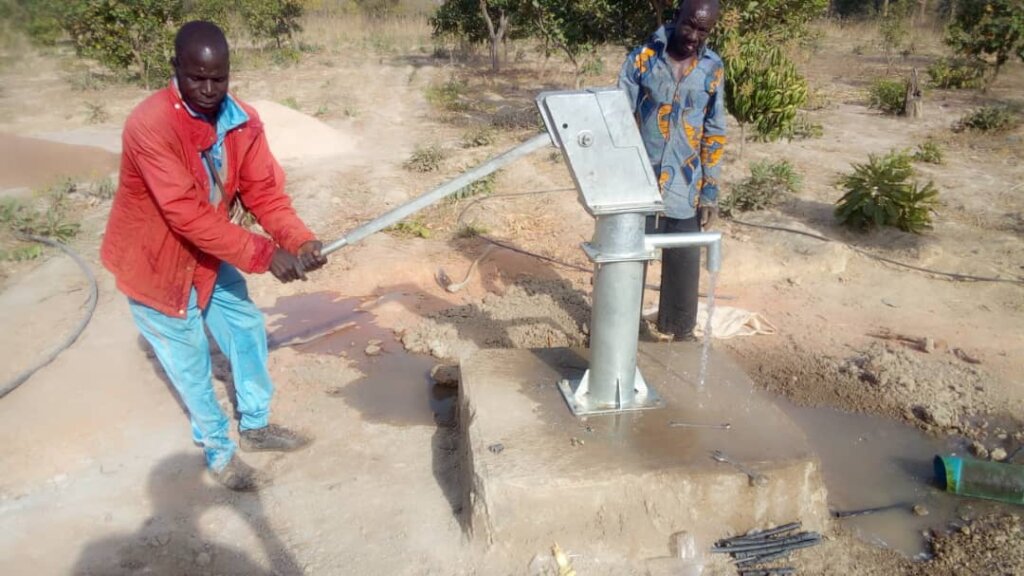 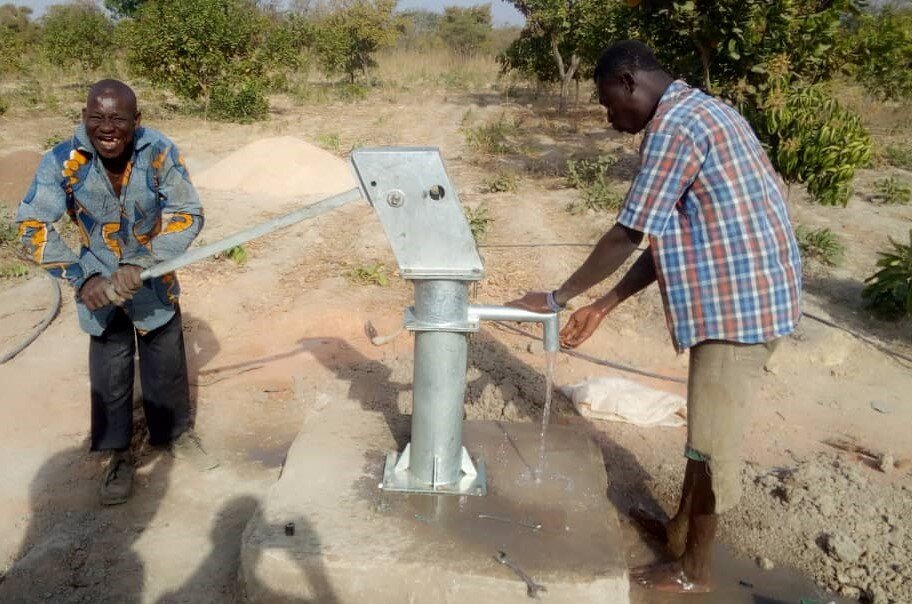 Project Leader:
Licia Allara Canepa
Villanterio, Pavia Province Italy
$1,350 raised of $20,000 goal
You last donated to this project on
35 donations
$18,650 to go
* Amounts in US Dollars
Donate Now
Donate once
Donate monthly
$10
USD
provide the risk fund for 1 woman
›
$60
USD
provide half a day of training
›
$150
USD
provide the loan for 1 woman
›

Donating through GlobalGiving is safe, secure, and easy with many payment options to choose from. View other ways to donate
Guardavanti: per il futuro dei bambini ONLUS has earned this recognition on GlobalGiving:

GlobalGiving
Guarantee
Donate https://www.globalgiving.org/dy/cart/view/gg.html?cmd=addItem&projid=48719&rf=microdata&frequency=ONCE&amount=25
Please Note
WARNING: Javascript is currently disabled or is not available in your browser. GlobalGiving makes extensive use of Javascript and will not function properly with Javascript disabled. Please enable Javascript and refresh this page.