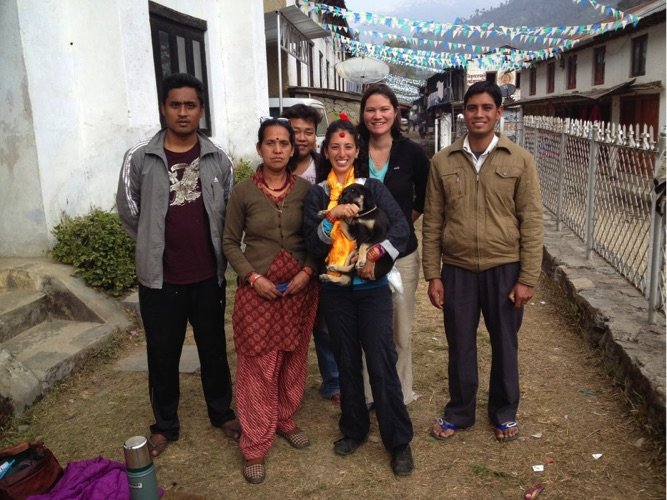 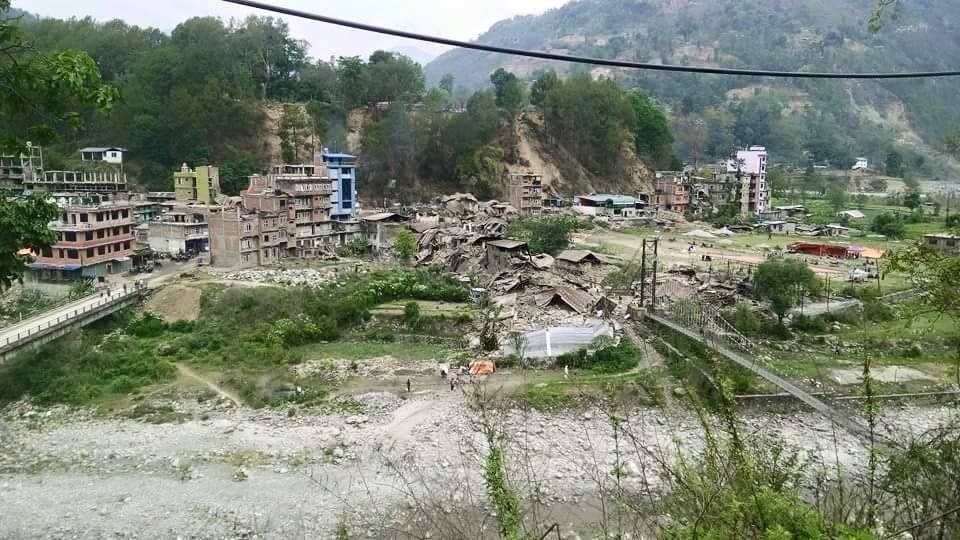 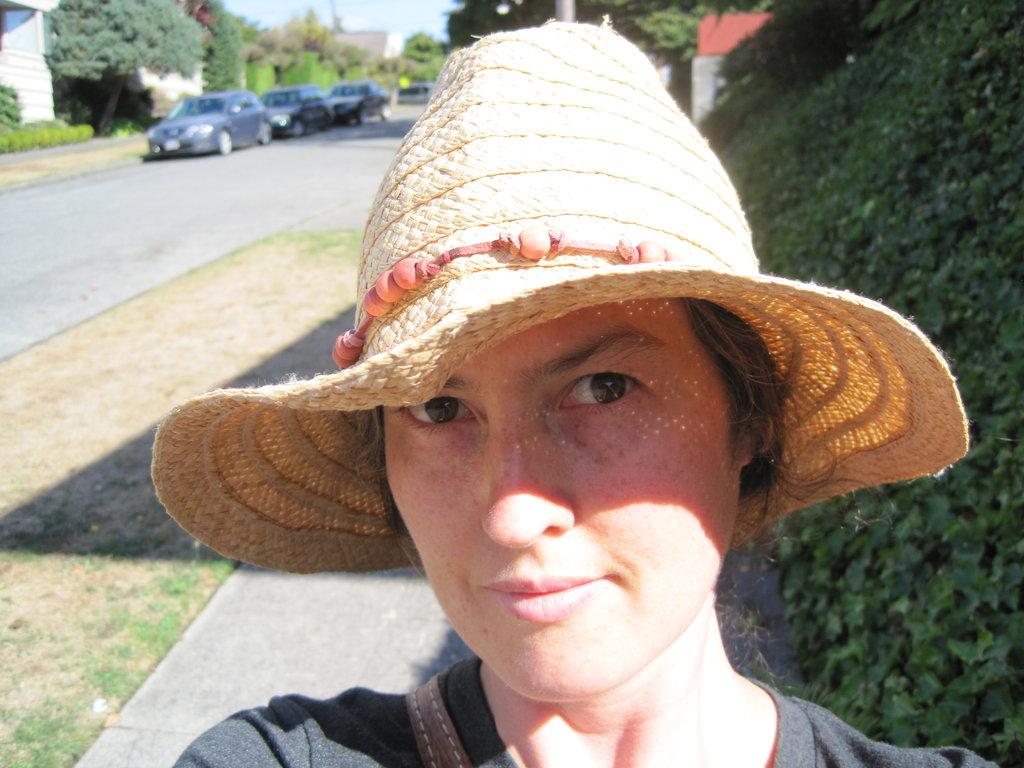 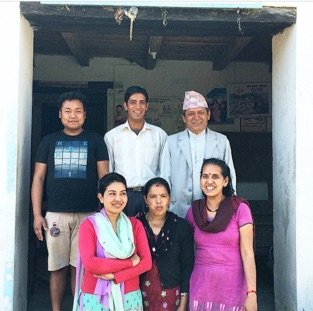 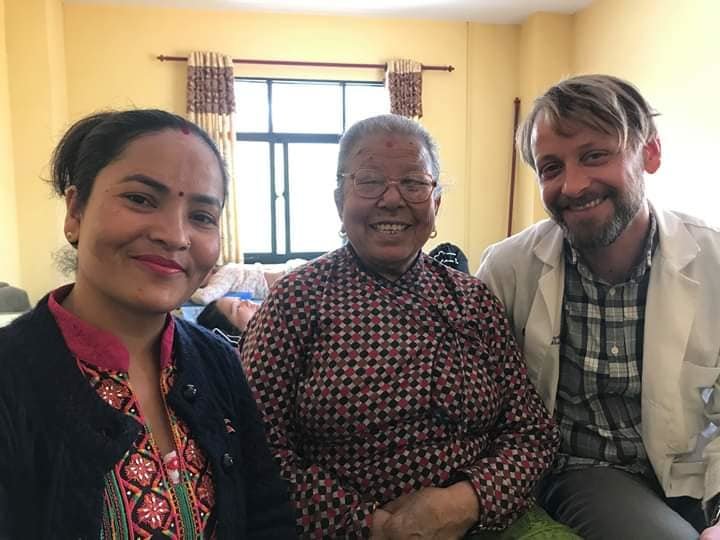 We wish to extend our heart-felt thanks for all of your continued support of the Chanaute Clinic. Our most recent volunteer, Derek Becker, LAc, had the opportunity to view the building while he was serving our patients in Nepal this past February and March. Derek reports that tremendous work has been done on the building and it is currently being used to treat as many as 50 patients per day. The first floors are open to walk in patients from the surrounding villages and the uper floors are now able to house visiting doctors and specialists who are treating local patients.

We could not do any of this work if it were not for the overwhelming support of you, our valued friends and donors. Please stay tuned for our updates on volunteer and patient stories next week as part of our Giving Tuesday newsletter.

We thank you from the bottom of our hearts for choosing to support Mindful Medicine Worldwide.

Have a wonderful Thanksgiving! 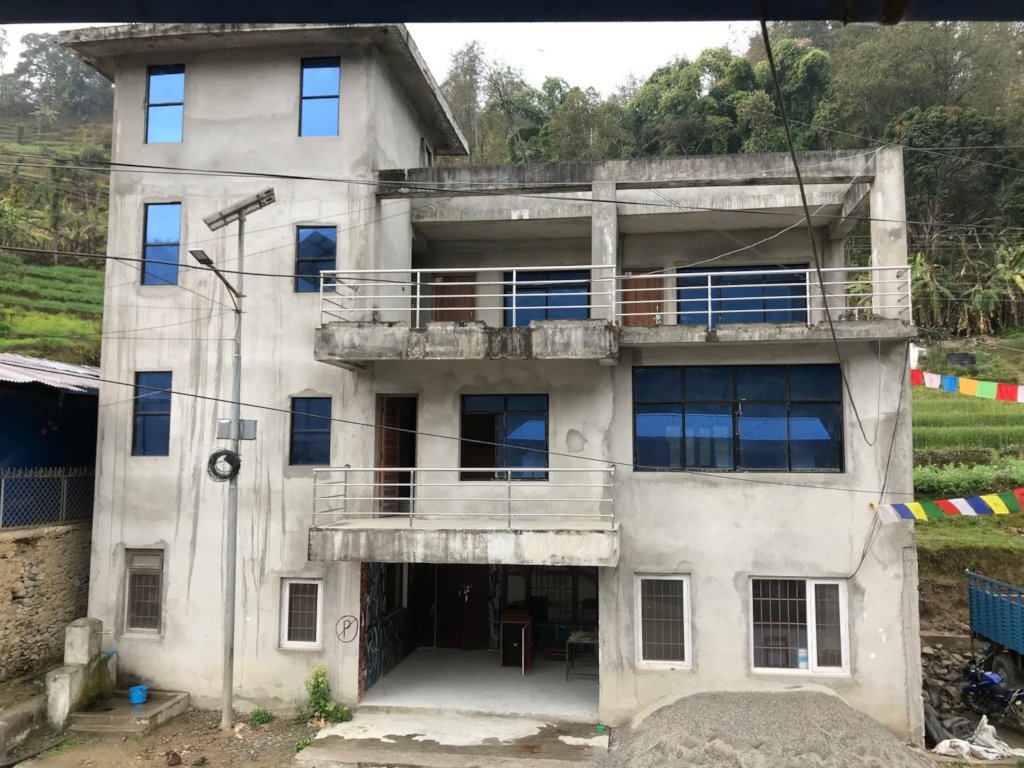 A Picture Into the Clinic, March 2020

In three week’s time we have delivered a total of 282 treatments to 70 unique patients. The age range is typically 40-60 years old and roughly 65% female.  Most patients have returned for treatments at least four times, and only 15% of patients haven’t returned at all. So far people have come to clinic seeking relief from pain (shoulder/arm, sciatica/low back pain, joint pain/arthritis, burning pain in the legs, gout), severe menopausal symptoms, hypertension, thyroid issues (mostly hypo), constipation, gastritis, urinary issues, headaches and insomnia.

Shoulder pain is by far the most common chief complaint. So far acupuncture has been effective at alleviating pain in nearly every patient with shoulder pain.  Sometimes the pain decreases incrementally over the week and other times the pain is completely gone by the end of the treatment (but typically returns within 24-48 hours, progressively getting better throughout the week).

Treating the same patients daily for a week affords many learning opportunities.

The Next Volunteer in Nepal 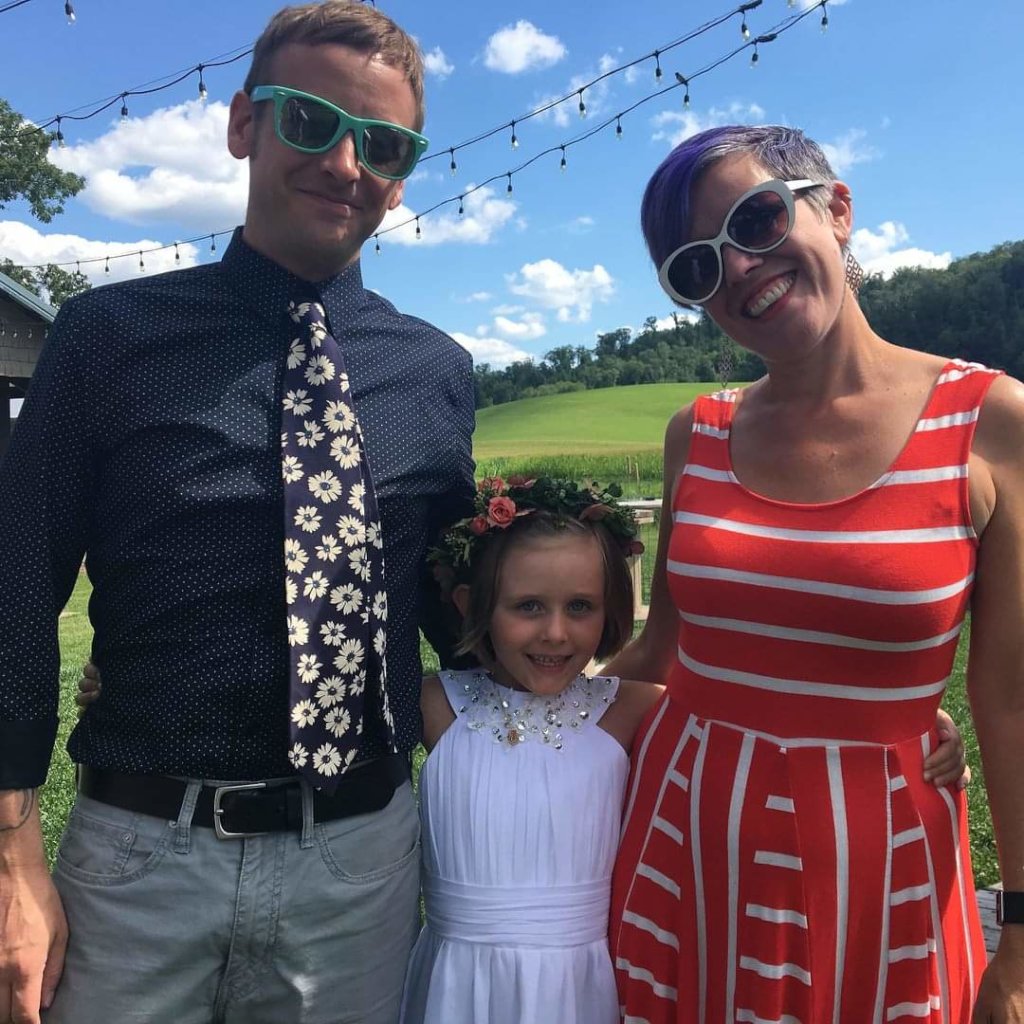 Derek and his family

Twenty years ago, my wife Linda and I began our partnership around our shared value of participating in compassionate collaboration with underserved people. Linda has lived out this value in the classroom, teaching in predominantly non-white Chicago Public Schools. My professional journey began with social work and agenting in the music industry. After a bout with cancer in 2014, I experienced the healing benefits of Traditional Chinese Medicine. Subsequently, I embarked on the process of becoming a TCM practitioner as my main modality of compassionately collaborating with people to improve and maintain health. I'll graduate from the Pacific College of Oriental Medicine (PCOM) this month.

When Grainne came to PCOM to tell students about MMW, I knew right away that participating in their mission would be a great opportunity to live out my values and to cultivate a solid foundation of practice. MMW encourages volunteers to practice mindfulness; that is, engaging with patients, peers and periphery purposefully and non-judgmentally. Extending my services to the people of Nepal, where medical needs exceed the availability of care, is a unique opportunity to grow as a practitioner in an environment devoid of professional or financial ambition.

My desire is to carry this experience into the rest of my future practice, and to my family. To that end, Linda and our nine-year-old daughter Eve will join me for the second half of my two-month residency. I am thrilled that the seeds of compassion and mindfulness will be sewn in Eve, and am grateful for MMW's help in exposing her to a broader perspective of humanity and the world.

The Magic of Seeing Immediate Results

Through Mindful Medicine Worldwide, Grainne McKeown has been able to treat patients who responded immediately to acupuncture and Chinese herbs. She treated and healed people for chronic back pain who could then go back to their fields and work. “It was very moving to see the medicine in motion. You go to school for four years and you work in a suburban clinic and patients come in with a thick file, with sometimes ambiguous results. To travel to Nepal and to treat patients who were so highly affected immediately by acupuncture was transformative for me personally and professionally,” she said. “In Nepal, people are often simply deficient and so the acupuncture helps right away.”

MMW Volunteer Alumna, Amy Babb L.Ac., shared this about her experience volunteering with Mindful Medicine Worldwide, “Just knowing you’re giving them a day of relief is very meaningful. So, when they come and say they’ve had a week free of pain or even longer, that they’ve been coming for acupuncture, and it’s been helping them significantly to do their work or live their lives...it has a different feeling to it,” she says. Since many people are working twelve or more hours a day in the fields, MMW’s acupuncture efforts helps them get back to work and living life pain-free. “It has a different feeling to it than a lot of times in the West where we have struggles and suffering of course and there’s a lot of people in pain but there’s so many options and there’s so many comforts in the West. You have a soft bed, you have running water, and here you don’t even have that.” Amy volunteered in Nepal for three months.

“We created MMW so that the significant financial obstacle of volunteering would not be on the volunteers. We ask them to fundraise in their community for $1,000 and that’s it,” she said. The $1,000 covers the volunteers’ supplies for one month. MMW covers the second month of supplies and housing for volunteers. If volunteers choose to stay for five months, MMW will pay for all their supplies and housing. And the longer you stay, the more healthcare volunteers can bring to people. “Our clinic is open 24 hours a day, 7 days a week. Anyone can come in at any time to get care.”

On April 25th, 2015, approximately 9,000 people were killed, several thousand injured and more than 600,000 buildings were destroyed in Nepal and neighboring villages. The Nepal earthquake, also known as the Gorkha earthquake, continued with three aftershocks and triggered an avalanche on Mount Everest killing another 21 people. It became one of the deadliest earthquakes in history.

Chanuate, Nepal, a small town of approximately 2,500 people, received much devastation. Already an area with extremely limited access to healthcare, the earthquake caused even greater hardship including tearing down one of the area’s most prized acupuncture clinics.

In 2008, Grainne McKeown embarked on a journey to Nepal with the intent of taking her skills in acupuncture and Chinese Medicine to a place that really needed it. Having previously studied Buddhism, meditation and Buddhist philosophy in Nepal from 2003-2004, “I said to myself, I want to work here. I want to go back to school for natural medicine and come back and volunteer. So that’s what I did.”

It was during her very first year in Kathmandu in 2003, prior to acupuncture school, that Grainne noticed the blend of all medicinal modalities being used in a free clinic. They had the practices of Tibetan, homeopathic, western medicine, Ayurveda and others, before the notion of integrative care had become more mainstream in the US. “I wanted something that was a whole system of medicine that I could get really good at,” she says. So she decided to go back to school for Oriental Medicine in 2005.

After graduating from the Seattle Institute for Oriental Medicine for Chinese Medicine, she went back to Nepal to volunteer in that same integrative clinic. Her continued volunteering efforts in Nepal at that time also led her to Bali where she served in a midwifery clinic treating women with prenatal and postpartum acupuncture. She realized the vital importance of caring for women during this special time and how acupuncture could help them deliver naturally and in a comfortable village birthing center, without having to go through a C-section at a hospital.

But it was on a yoga retreat with her brother in Thailand, when she realized everything she’d experienced in Nepal--studying Buddhism for a year, coming back to volunteer, discovering the benefits of integrative care with acupuncture, and giving her services to those who needed it--would lead to something far more transformative.

“I have all these patients in Nepal and they need care, and I have all these acupuncturist friends in the States who want to do this work. So, I thought, I’m going to start a non-profit,” she said.  Immediately Grainne began writing a mission statement. With the help of her brother who was also living in Nepal, she built a website and it was done in a matter of weeks. “It was just so clear and so obvious to me, and people were interested right away.” And so, Mindful Medicine Worldwide (MMW) was created.

GlobalGiving
Guarantee
Donate https://www.globalgiving.org/dy/cart/view/gg.html?cmd=addItem&projid=20320&rf=microdata&frequency=ONCE&amount=25
Please Note
WARNING: Javascript is currently disabled or is not available in your browser. GlobalGiving makes extensive use of Javascript and will not function properly with Javascript disabled. Please enable Javascript and refresh this page.