Donate your Qurbani 2019 to FRDP 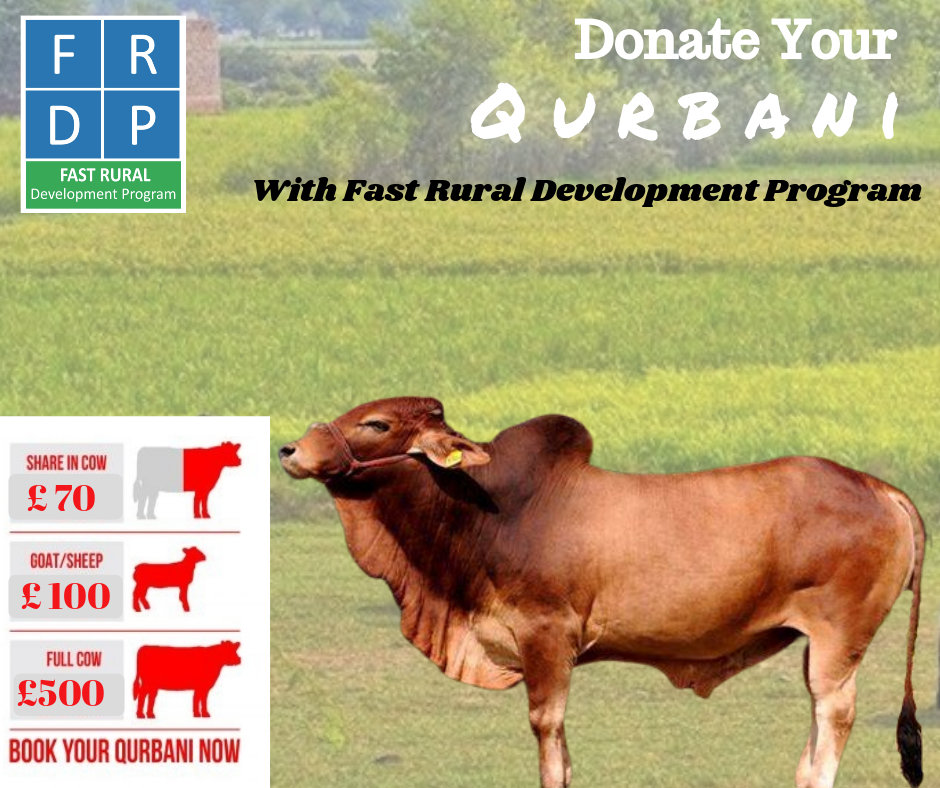 Qurbani or Udhuiyah is the animal sacrifice Muslims make during Eid-al-Adha. It takes place on the 12th month of the Islamic calendar, Dhul Hijjah. According to hadith it is a Sunnah of Ibrahim (as) and for every hair of the Qurbani animal you receive a reward from Allah (SWT). Qurbani only needs to be completed by those who can afford it - this is measured using the Nisab in the same way as Zakat. FRDP helps those who want to share happiness with poor people, who not even eat meat in the year.

Eid ul Adha is a festival celebrated among Muslims all over the world in remembrance of the sacrifice that Prophet Ibrahim (AS) made out of his strong faith in Allah (SWT). Ibrahim (AS) showed a willingness to sacrifice his son Ismail (AS) but his son was replaced with a lamb by Allah (SWT). Many Muslim families in Pakistan not celebrating this festival because of poverty and even they don't have food to eat properly. FRDP Planing the Qurbani like last year to distribute meat among those poor.

FRDP Planing the Qurbani like last year to distribute meat among those poor people, who don't celebrate the Eid because of the poverty, we will reach the widows, orphans and other most vulnerable groups to provide the meat.

They will enjoy the festival like other Muslims and this will also help them that they will eat meat even once years during the EID.

Support another project run by Fast Rural Development Program that needs your help, such as: 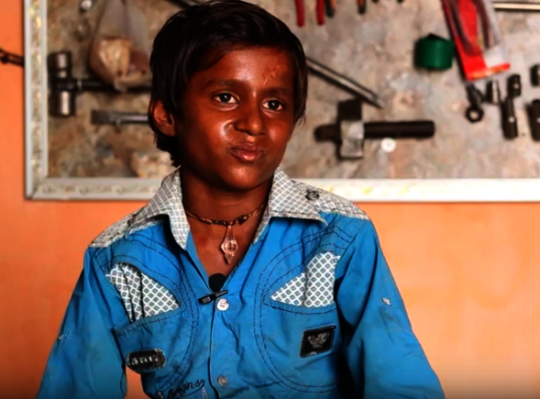 Give school to abandoned Children in Pakistan
Find a Project

GlobalGiving
Guarantee
Donate https://www.globalgiving.org/dy/cart/view/gg.html?cmd=addItem&projid=41143&rf=microdata&frequency=ONCE&amount=25
Please Note
WARNING: Javascript is currently disabled or is not available in your browser. GlobalGiving makes extensive use of Javascript and will not function properly with Javascript disabled. Please enable Javascript and refresh this page.