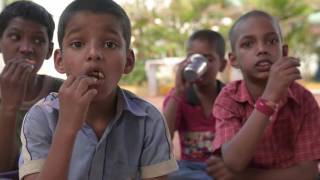 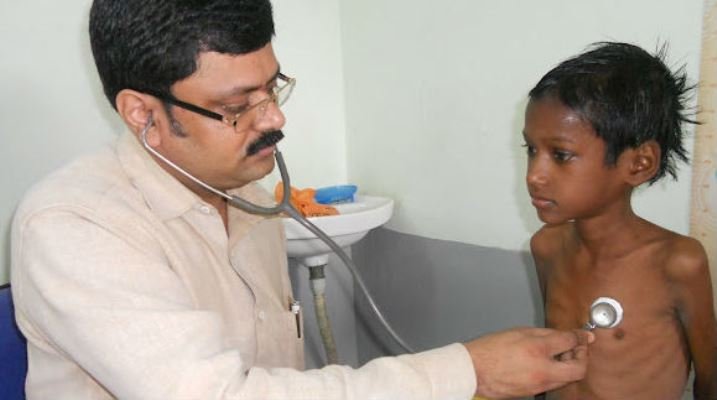 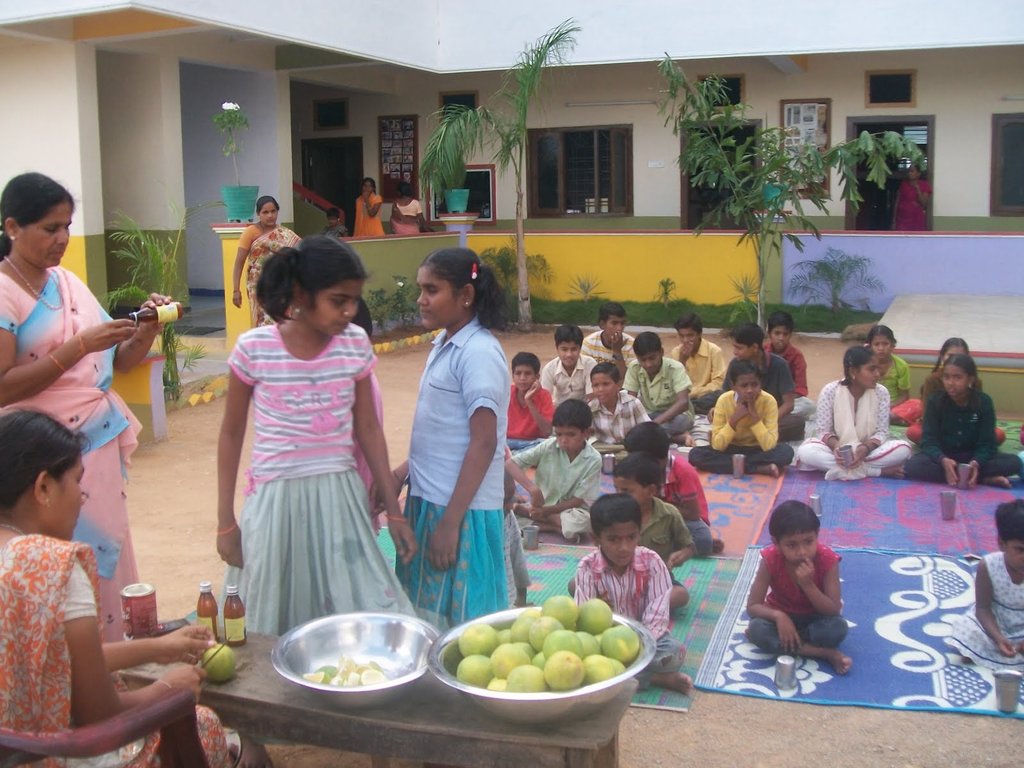 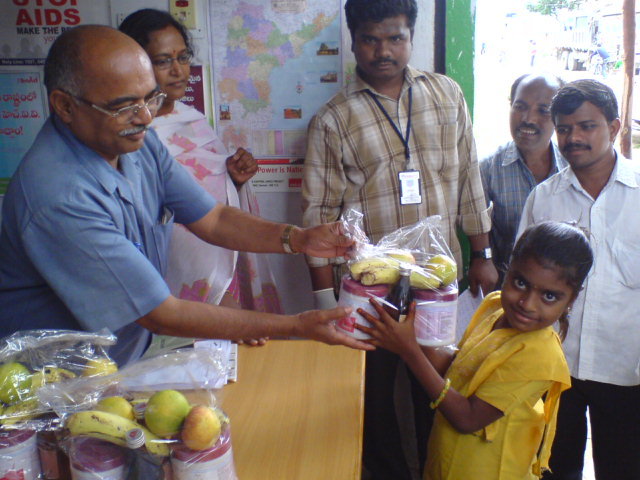 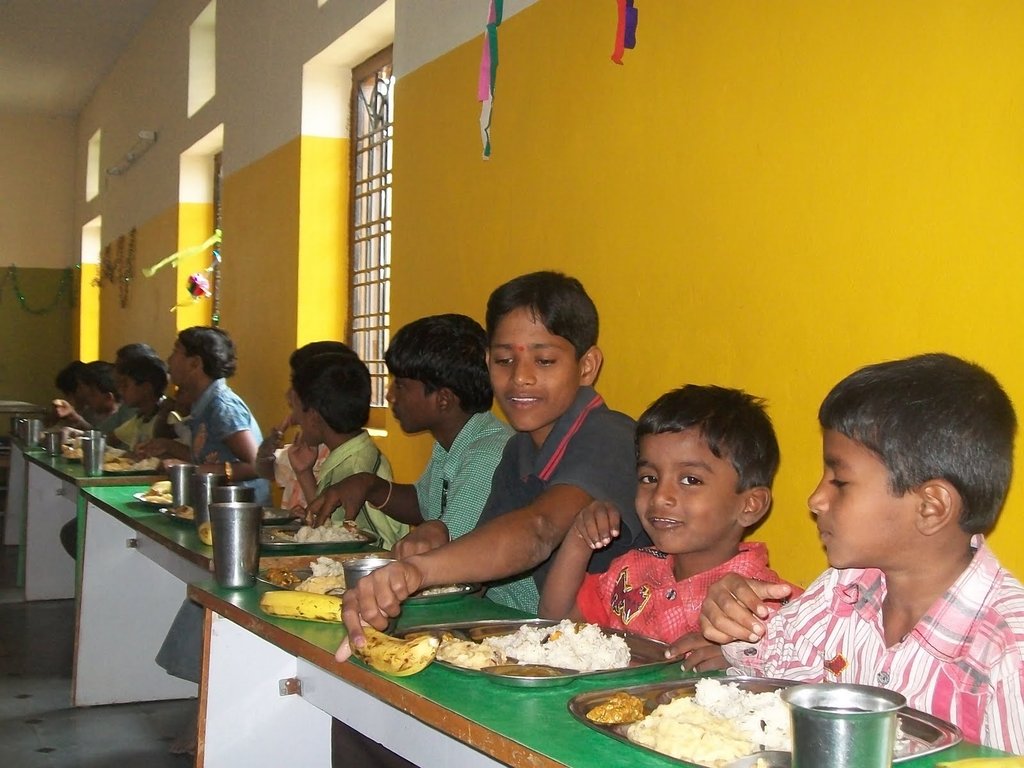 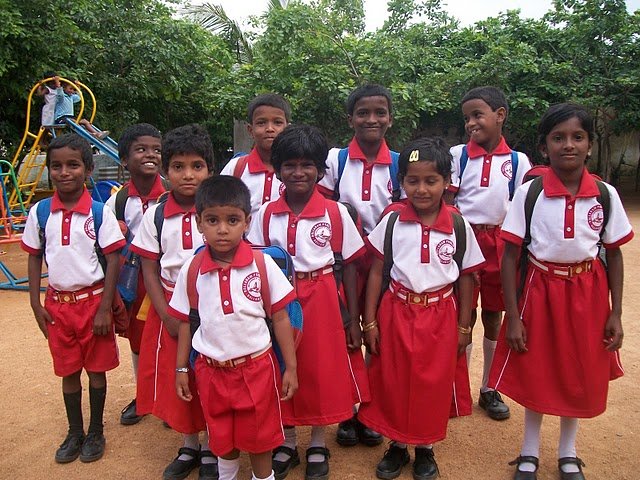 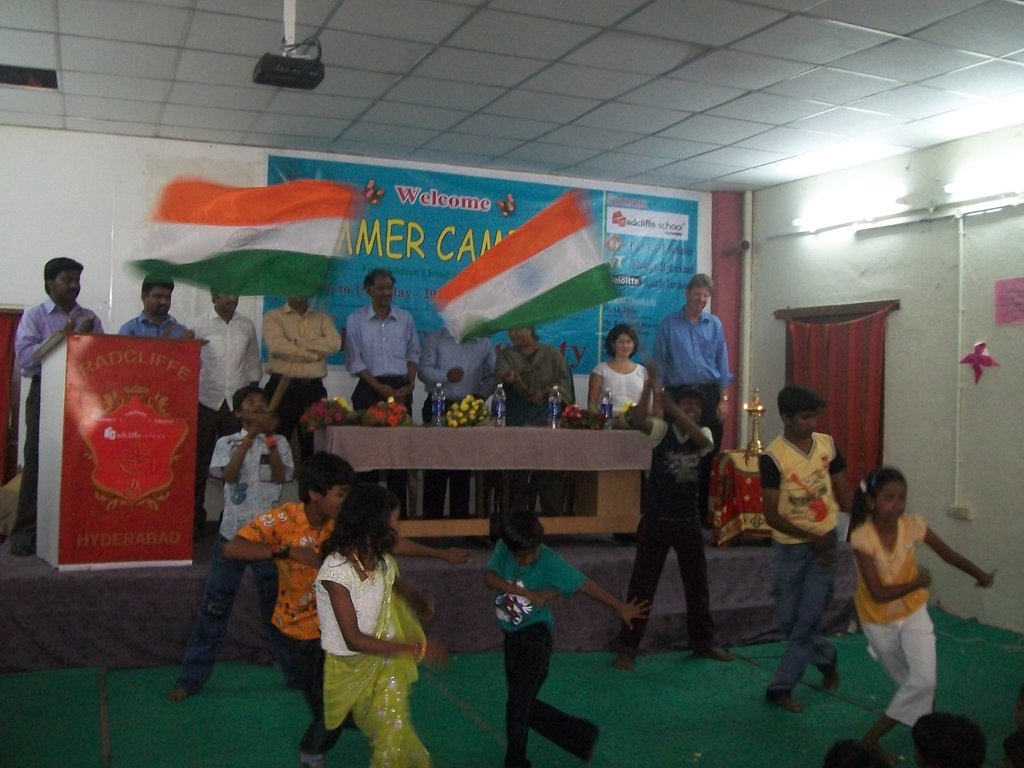 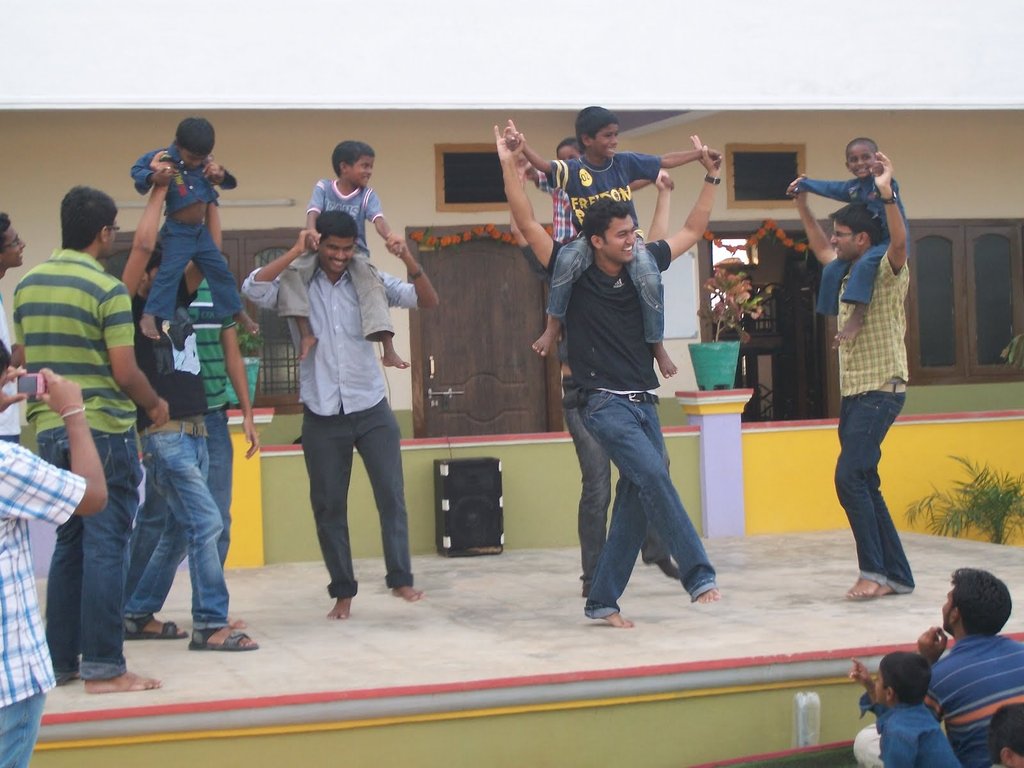 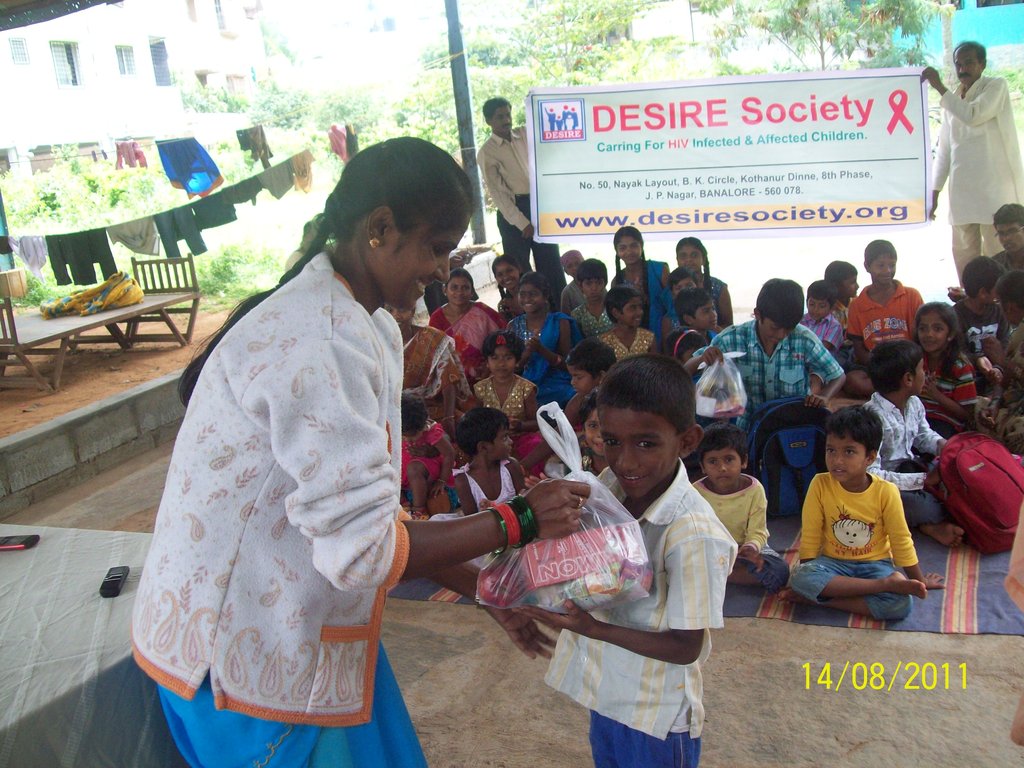 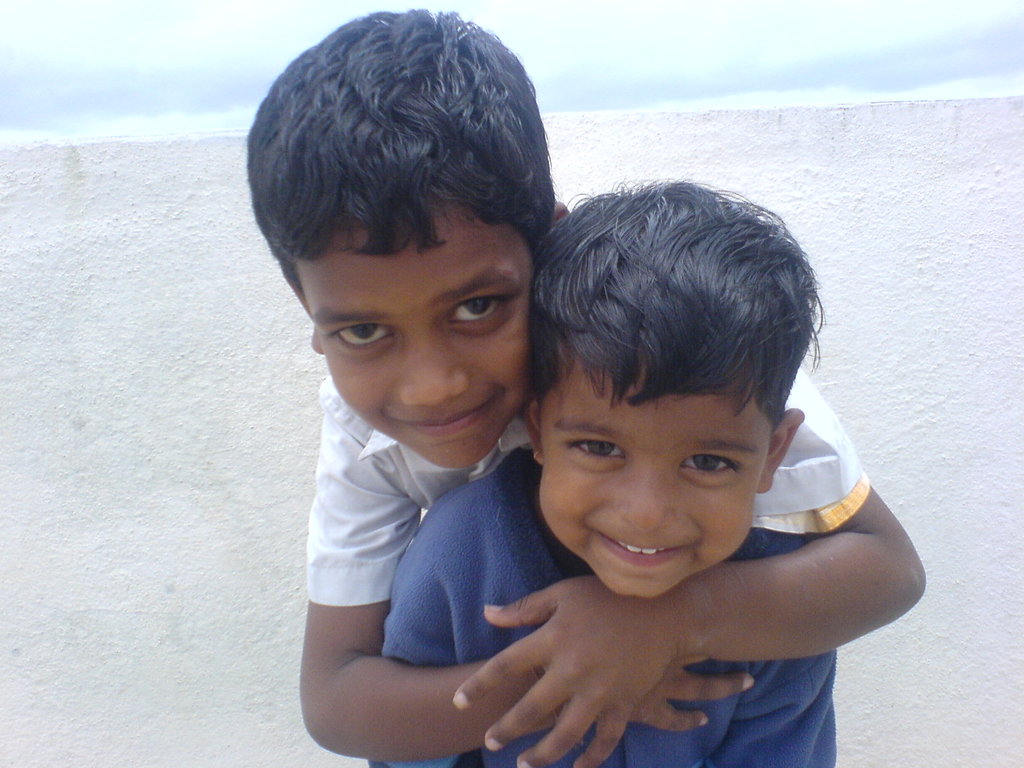 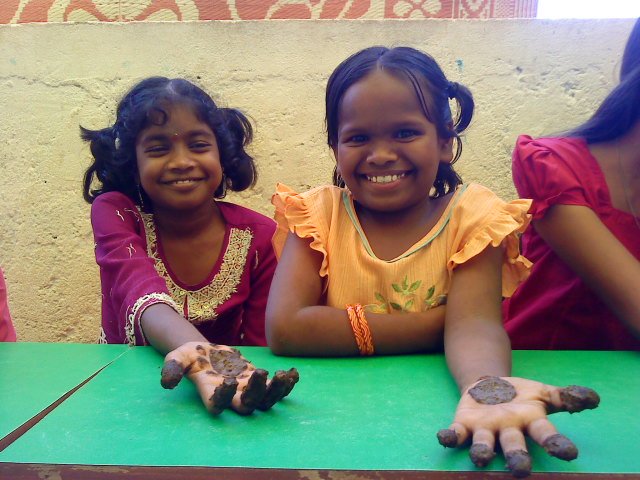 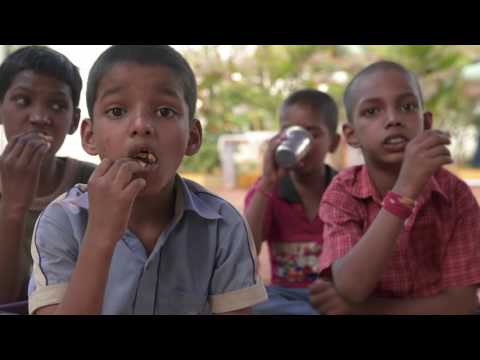 Baby girl was born in a socio-economically poor family background. She had lost both her parents due to HIV/AIDS when she was 9 years old. She has four siblings two are studying nursing course and staying in college campus. Other two elder sisters are with her aunty.

Unfortunately, only this baby was born with HIV positive during birth. After the demise of  parents her aunty put in the orphanage home. The orphanage was closed thereafter they shifted baby girl to DESIRE Society.

She came when she was 15 years old and we took special care for her being an HIV orphan child. She is put on to special diet as found malnourished at time of joining. She gained weight within few months of joining care home . Her physical and health wise status improved in short span of time.

The ART drug usage is strictly followed  in her case. The balance of nutrition / medical care is quite evident in her case. It is seen in terms of increase in her CD4 count. The treatment of opportunistic infections are always put on strict vigil.

She is studying in Lords Universal Degree College Std- FYBAF which is a private English medium college. She is quite sharp in learning skills. The computer skills are developed while staying in care home level. She is actively involved in taking charge of smaller children at care home level. She is role model for rest of children to follow routine works.

She has dream to take up higher studies with focus on FINANCIAL RISK MANAGEMENT course. Hope the helping hand from GLOBAL GIVING supporters are part of her way forward in achieving these goals. 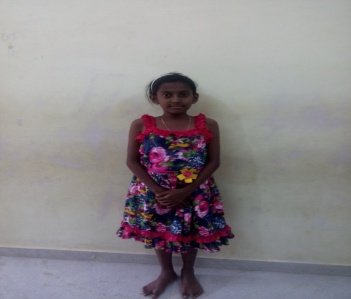 Baby girl  was born on 31st December 2001 in Mangalore village near Udupi, India. When she was studying Sr. KG in school she fell from the stairs and she got hurt on her backbone. Doctor told that she needs complete bed-rest for three months. After that incident, her parents had taken care of her at home. When baby was in 2ndstandard her father got sick in 2009 when they showed the doctor. Doctor said that he is suffering from TB and liver infection. Her father was on medication. But her father died on 21st Nov 2009. Till next 4 years her mother was taking care of her. In 2014 in summer vacation she had suffered with asthma problem.

After that incident she was hospitalized in Sion hospital, Mumbai. When doctor tested her blood, doctor got to know that she is HIV positive. Doctors had started her ART (antiretroviral treatment) medicines. After few months passed, her mother was unwell and that time she got admitted in Sion hospital. Her mother was not able to take care of Baby and herself so she decided to go to village. Her cousin sister met to counselor in Sion hospital. She had suggested her cousin sister about DESIRE Society to take admission for her.  After two months Baby girl came to Mumbai and  got admitted at DESIRE Society.

We had put her on drug adherence with special nutritious diet. The dedicated care and love extended by team DESIRE and balance of nutrition and medication in time has drastically improved her life pattern. Today the girl is very happy being at care of DESIRE Society and her smile on the face indicates that she is at very right place and is in the safe hands.

Her height/weight is improved after admission in our care home. The care takers took extra care for her.She has set trend for other inmates to follow.

Now the baby is very cheerful while having peer group of inmates at care home of DESIRE Society, Mumbai. She has passed class 10th with good scoring. She has inclination in science topics. She is assigned with tuitions to keep same spirit during course of her studies. She is going to study in college now.

She wants to become a scientist in future. DESIRE Society thrives to make realize of baby girl’s dream through the support from GLOBAL GIVING  platform.

A decade back, a six year old lean girl was admitted in Hyderabad Care Home. With demise her HIV positive father, the family was on road. Her HIV positive mother had no means to feed four kids. After, knowing about our Care Home facility, her mother approached for support.

On getting admission in Care Home, the six year old girl and siblings were put on nutritive diet. Special care was undertaken for HIV status testing and ART medication. A team of doctors assigned for this task. Daily health record was maintained.  As a result, the girl gained weight with a significant jump in CD 4 counts.

Later, she was enrolled into a nearby private School. This is how her journey started. She topped her 10th standard School Examination.  On being successful in Engineering Entrance, she enrolled in Bachelor’s Engineering Course.

Our Care Home facility did not only provided the much needed lifeline, but also offered her the best techinal career, possible in our country. With continued support from GLOBAL GIVING, we provided her the excellent livelihood and a bright future. 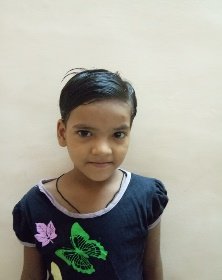 at present status of girl

The Girl resembling BARBIE DOLL [now at DESIRE Society Care Home] was at home with his family. She has Younger brother & one twin brother to her. The 6 years old girl lost her mother when she was just 4 years old. The cause of death turned out to be HIV positive case. After death of mother, the father diagnosed with HIV started looking for an orphanage.

The paternal family also wanted the children to be admitted in orphanage. Both his younger brother and herself was admitted in our care home. All the three children in family are diagnosed with HIV disease. We have taken up the task of HIV testing and ART usage for him. Recently she lost his father too. We are committed to work for such children so she will be taken care by all means.

The primary task of nutritive food is well planned and goes as per diet chart at care home level. The healthcare is prime concern for such children. She is regularly put on ART medication. The balance of food/ medical care has improved the overall growth of this girl. The discipline taught for daily routine in this context is followed by her. She is quite obedient in all respects while undertaking daily routine schedules.

She takes extra care when it comes to look after the elder inmates at care home level. The discipline learned is passed to other inmates with her involvement. At home with parents, she has started her education in Government school. After the admission with us, she is admitted into a private school. The English medium private school studies is also adapted well at her end. She is scoring well in private school. The general knowledge at this elder age is quite impressive. She wants to be the scorer in her class. We at DESIRE Society are going to give extra care for fulfilling her dreams.

The continued support from GLOBAL GIVING  group  over the years can make us to strengthen such children’s better living at care home level.

girl child at care home with over all development 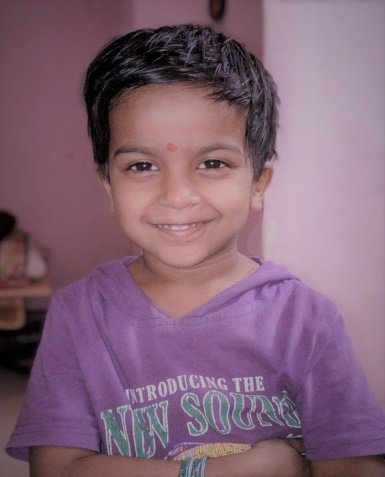 Girl is currently 4 years old. She is a very vibrant child. Both her parents were reactive She has an elder sibling who is non-reactive. She lost her mother within few months after her birth. Due to a lot of family issues her father was absconding. She and her sibling were been looked after by her father’s mother. However unable to make ends meet for the siblings, her grandmother used to take them and beg on their village streets in order to fill their stomachs. This act by her grandmother was informed by their village neighbour to her mother’s sister who lives in city.  On hearing this, her aunt then went to the village and brought both the children to her house. On arriving to city, her aunt medically tested both the siblings for HIV out of which she was detected as reactive and the other sibling as non-reactive. She was immediately put on ART treatment at the Municipal Hospital. However her aunt family was willing to look after the non-reactive child but was very unsupportive of allowing her to live with them as she was reactive. Due to this, her aunt faced a lot of harassment from her husband and was even thrown out of the house. Her aunt then came across the ORW of DESIRE Society at the Hospital. After understanding the organization and also since she was unable to look after her own family, with a heavy heart her aunt placed her at DESIRE Society so that she could be looked after well with equal opportunities and would also get a chance to move towards a bright future.

She is a very loving child. After coming to DESIRE Society, she is very happy and also had adjusted well with the other children. She loves singing and also loves to have sweet dishes like gulab jamun, ragulla, kheer, chocolates. She also loves playing with dolls.

DESIRE Society has put this girl into the formal school in this academic year.

GlobalGiving
Guarantee
Donate https://www.globalgiving.org/dy/cart/view/gg.html?cmd=addItem&projid=10374&rf=microdata&frequency=ONCE&amount=25
Please Note
WARNING: Javascript is currently disabled or is not available in your browser. GlobalGiving makes extensive use of Javascript and will not function properly with Javascript disabled. Please enable Javascript and refresh this page.