Debunking the War on Drugs 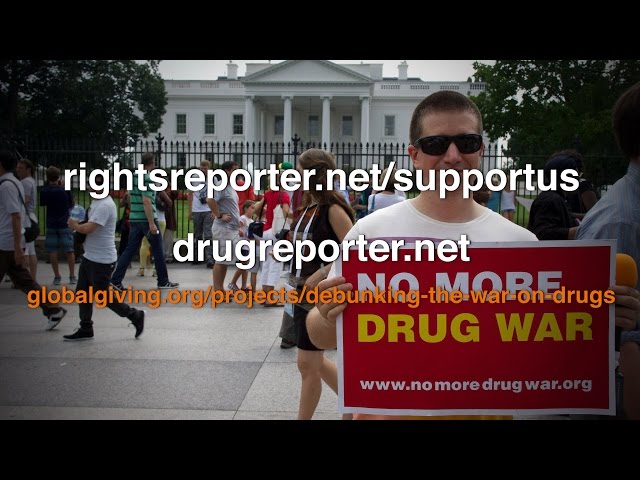 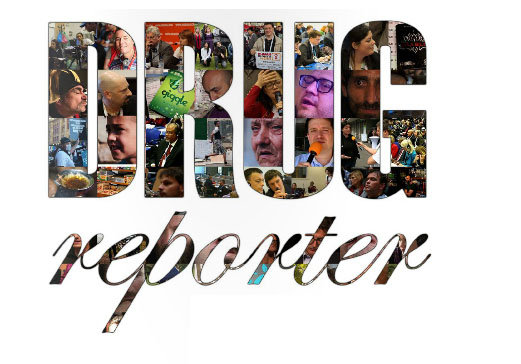 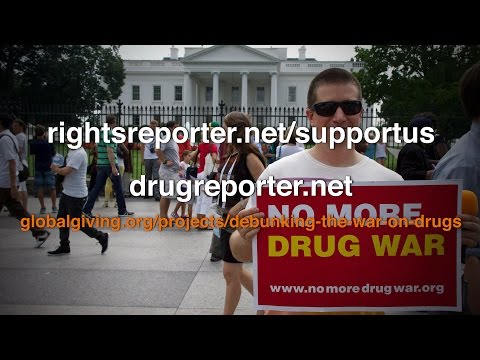 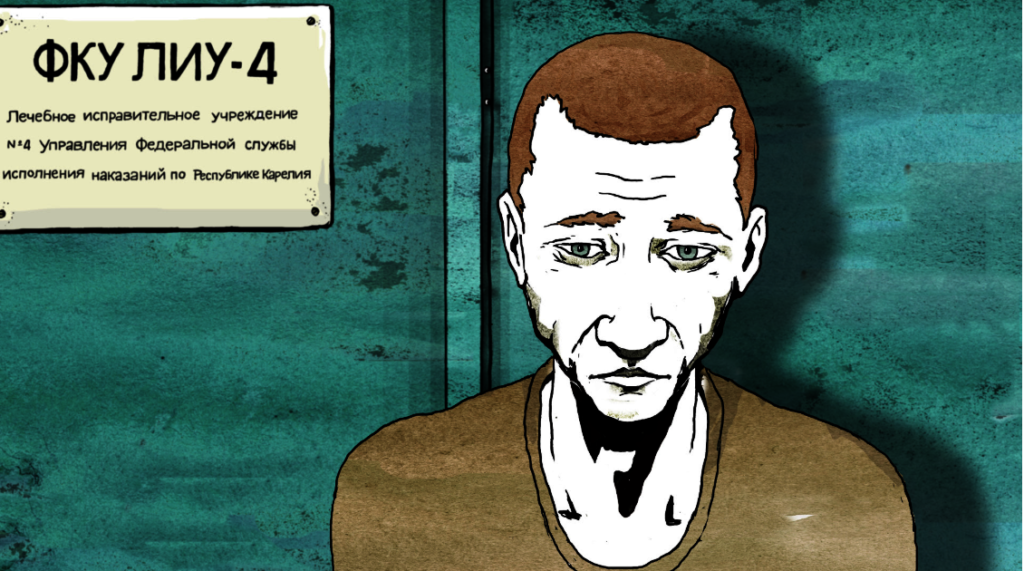 On 19 June 2009 Kostya Proletarsky, a drug user and HIV activist, died of tuberculosis meningitis at the Botkin Hospital in St. Petersburg, Russia. His death was the result of three years of mistreatment and torture at the prison facility No. 4 in Karelia, Russia. In Russia, where drug treatment is barely available, imprisonment becomes the main “solution” to the problem of drug addiction. But unfortunately, these institutions don’t cure. Instead, prisons kill. The animated hand drawn documentary, featuring the original audio interview with Kostya and his mother, Irina, aims to commemorate Kostya Proletarsky and many others who have not survived prison systems around the world. The animated movie is produced by the Rights Reporter Foundation, narrated by Anya Sarang, directed by István Gábor Takács, and is hand drawn frame by Lili Rontó.

Our Just Say Know video series aim to educate the public about drugs, drug polices and harm reduction in a simple, easy-to-understand way, using the power of video advocacy and social media networks. Please help us to spread the message – share this video with your friends, colleagues on all possible channels!

We also recommend you to read these two articles about drug policies:

DRUG POLICY REFORM IN THE POST-AMERICAN WORLD ORDERThere was a time when we expected that the end of aggressive American interventionism would open the gates to drug policy reform. We are now at the dawning of a new multipolar world order, but it is not only the spirit of reform that has been released from the bottle. (Russian translation here!)

PLEASURE: THE STEPCHILD OF SEXUAL EDUCATION AND DRUG PREVENTION
The main problem with drug prevention is the same as it is with sex education: it ignores the elephant in the room that is pleasure.

Netti's Story: A Pregnant Woman's Journey in the 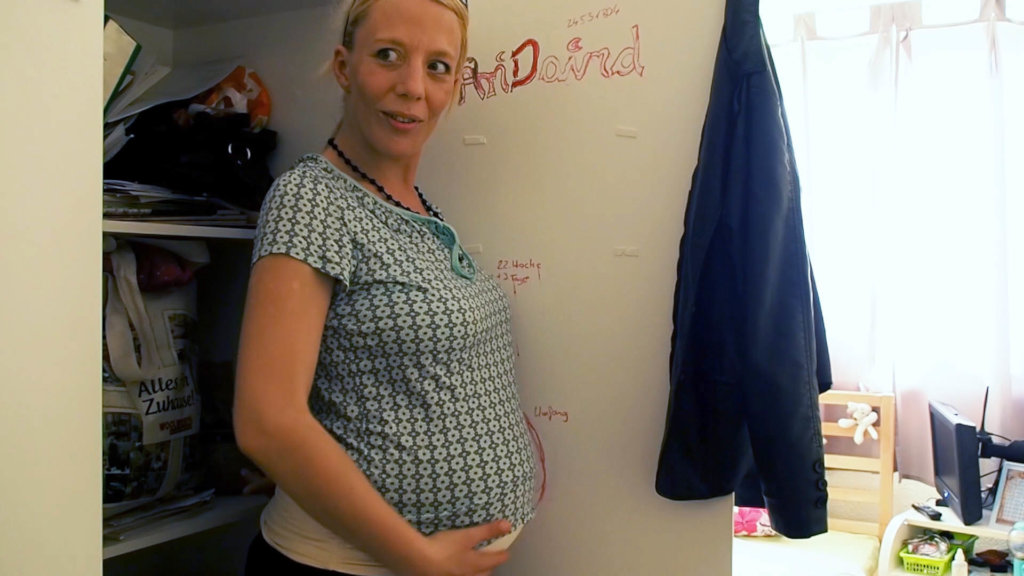 according to scientific evidence, storytelling is more powerful than presenting people with the facts. The first video we present you in this newsletter will tell you a story about a pregnant woman who uses drugs and her journey through the health and social care system in Berlin - watch our video here!

We also recommend you to watch our movie we produced in co-operation with DiaLogs, a harm reduction NGO based in Tallinn, about drug policies in Latvia.

The Office of the UN High Commissioner for Human Rights called civil society organisations to contribute to its report on the implementation of the UNGASS Outcome Document, adopted in New York in 2016. We have sent a submission about how closing down harm reduction services violated human rights in Hungary – read it here!

Brave young people had enough of harsh drug laws in Belarus and fight back. They found allies in the mothers of drug convicts, who went on hunger strike to demand an end to the war on their sons. Read our interview with a youth activist, Piotr Markieau!

Please keep supporting Drugreporter so we can feed you with videos and articles from the frontlines of the war on drugs!

Now And Than - Psychedelic Science 2017 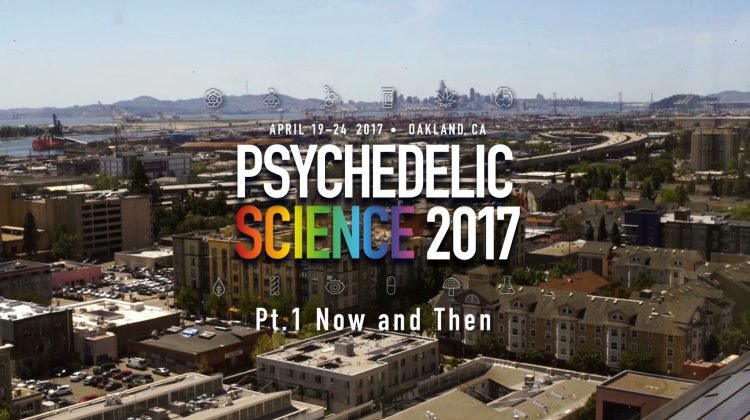 this year we decided to spend more time in building our global video advocacy network through providing training and technical support to other NGOs to produce their own movies. One of our most successful network hubs is DUNews, the Russian speaking video blog hosted by Drugreporter, edited by two Russian speaking reporters. Their latest movie is guiding you through the harm reduction scene of Amsterdam!

But we have very active members from others parts of the world as well, including Latin-America, where Brun and Karina, our Mexican drugreporters produced a great movie about the largest conference on psychedelic science on the globe. I think it is a truly great documentary with thought-provoking interviews on cutting-edge research and spiritual development. Please watch and share this movie!

The Drugreporter video team was invited by the Drug Policy Alliance to their conference in Atlanta to produce a film about the latest developments in drug policy in the US and beyond. You can now watch our short summary movie on race and the drug war, as well as recorded key speeches and sessions!

These were just a few examples of the latest products on Drugreporter - but if you visit our website, you will find plenty of new articles, interviews and videos about drug policies from many countries.

Please donate to us today, your support is essential for us to continue our work! 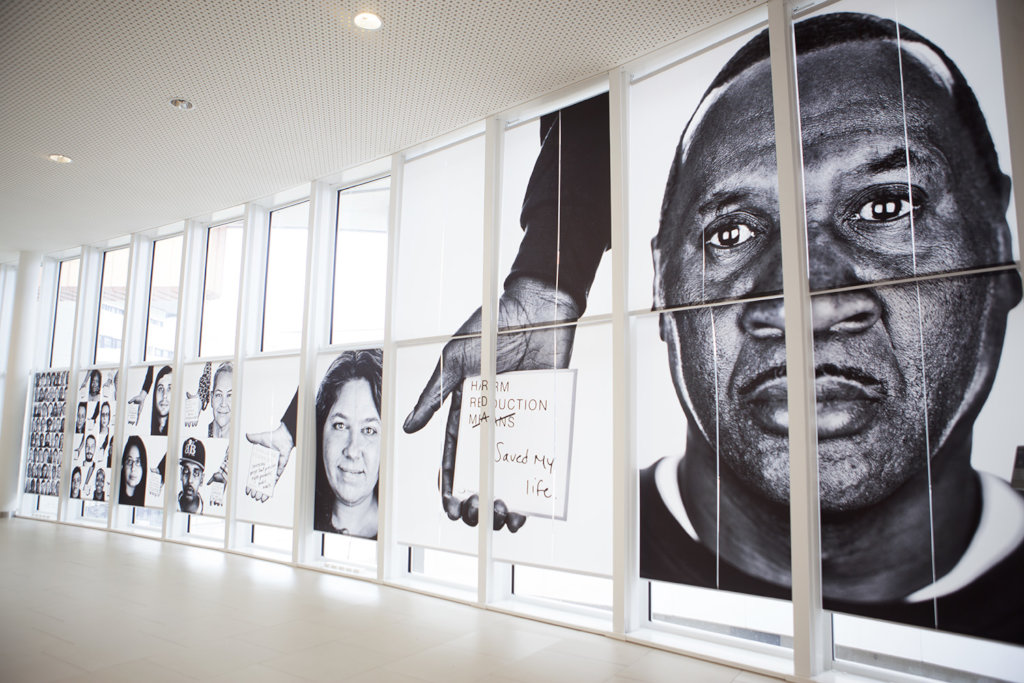 We have been producing movies about drug policies since 2007. Through all these years, we have been traveling a lot across the world, visiting services and interviewing hundreds of activists, professionals, and decision makers in various countries. Our featured article - Harm Reduction Beyond Numbers - highlights the lessons learnt about what factors shape harm reduction in these countries.

We offer you a few videos and articles we have been working on recently:

The Drugreporter team interviewed the former director of the Drug Policy Alliance at the drug reform conference in Atlanta. Watch our video to learn about his views on the challenges ahead for the movement!

Hepatitis C is not only a health issue. Without addressing the social exclusion of Roma people, repressive drug policies and the attacks against NGOs, there is no way to end the epidemic. Read about lessons learnt from a public event we organised in Hungary!

Our Russian language reporters visited the city of Odessa, where they produced a movie about how easy is it to get tested for HIV and what kind of harm reduction services are available for drug users there. You can now watch this video with English subtitles!

You can find many more articles and videos on our website, Drugreporter.

Access to these articles and videos is free - but it is not free to produce them. We cannot continue this work without your support. So please make a donation today on Global Giving! 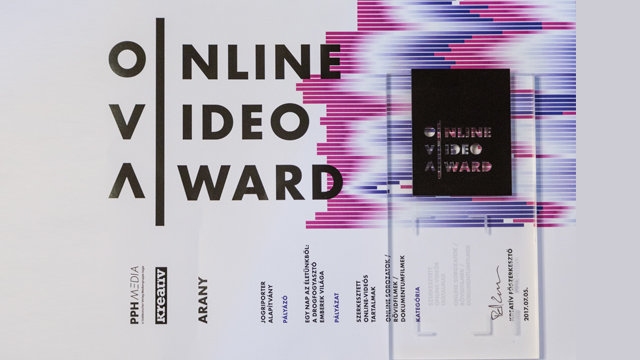 Although it was without much fanfare that the European Commission, in July 2017, published the new Action Plan on Drugs (2017-2020), the drug policy community should celebrate it as a great achievement both for its progressive content and for the meaningful involvement of civil society in its preparation. Drug consumption rooms, pill testing, naloxone distribution, the human rights impact assessment of drug policies and evaluation of cannabis social clubs - just giving a few examples. As the head of the civil society working group advising the Commission I have been involved in the preparation of this document. Please read and share our article highlighting the changes and challenges!

In our previous newsletter we reported about the crackdown on civil society in Hungary. In the midst of governmental attacks it was very reassuring that our film, A Day in the Life, won the gold medal for best documentary movie in Hungary, given out by Kreativ Magazin. The movie can be viewed online. If you would like to organise a screening in your own town, please contact us - but you can also support our work by making a donation today!

More recent news from Drugreporter:
Dose Of Science: What Makes Psychedelics Different?
Whilst experiences with psychedelic drugs share common elements, psychedelics are, chemically speaking, a broad class of drugs. In this Dose of Science, we take a look at a study that has measured the pharmacological properties of 35 psychedelic substances, shining some light on the similarities and differences between their biochemical profiles.

Without Shift: Harm Reduction After Global Fund in Serbia
As of 3 years ago, Serbia stopped being eligible for funding from the Global Fund, which resulted in the closure of harm reduction programs around the country. Our movie gives you a glimpse of the desperate situation faced by injecting drug users in Serbia, and also explores the consequences of the closure of needle exchange programs in Belgrade, whilst trying to assess the current situation in the country!

President Jokowi, We (Want To) Love You!
The Indonesian president declared a war on people who use drugs. Community activists responded with a short video, explaining why the hate campaign launched by the government is ineffective and wrong. Please support their fight by watching and sharing this movie!
Best regards,
Peter Sarosi

Find another project in Hungary or in Justice and Human Rights that needs your help.
Find a Project

GlobalGiving
Guarantee
Donate https://www.globalgiving.org/dy/cart/view/gg.html?cmd=addItem&projid=23747&rf=microdata&frequency=ONCE&amount=25
Please Note
WARNING: Javascript is currently disabled or is not available in your browser. GlobalGiving makes extensive use of Javascript and will not function properly with Javascript disabled. Please enable Javascript and refresh this page.