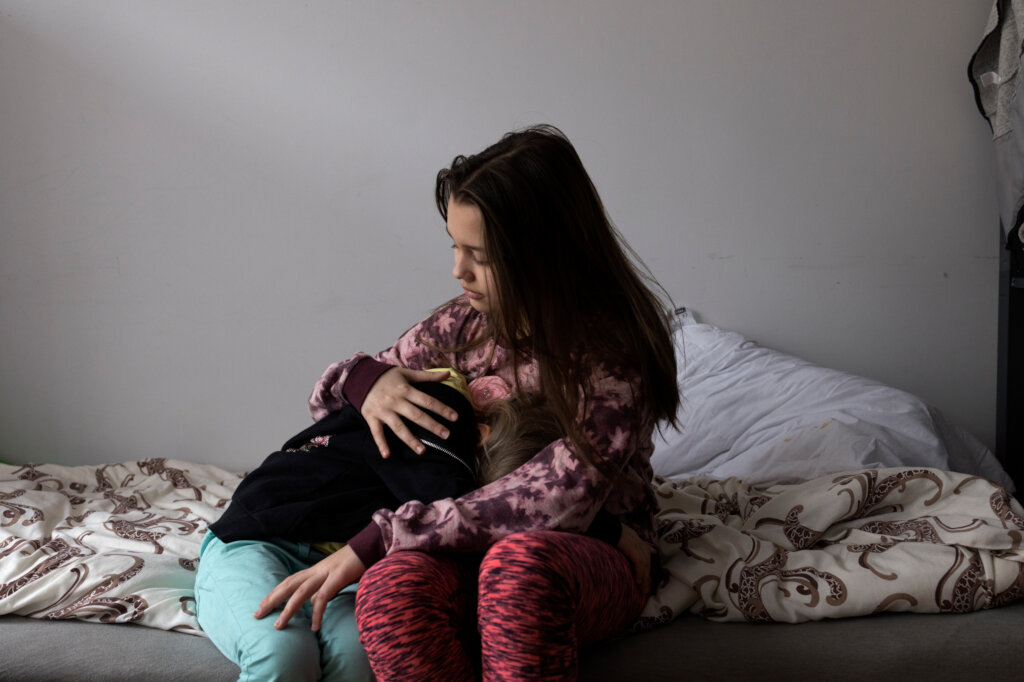 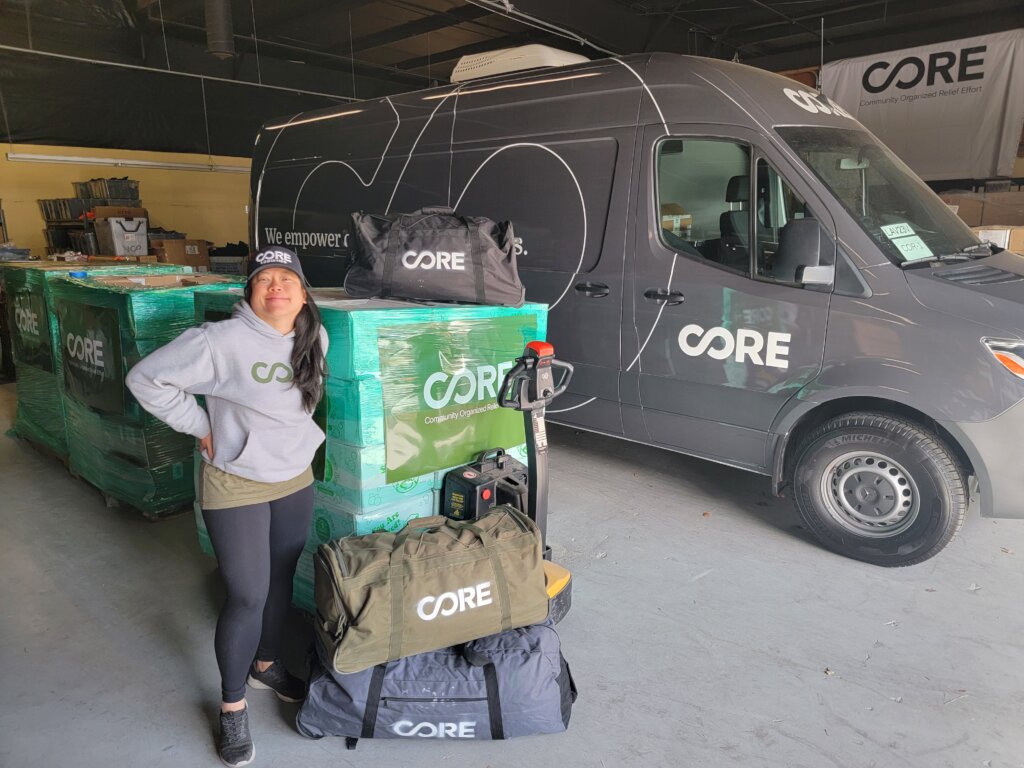 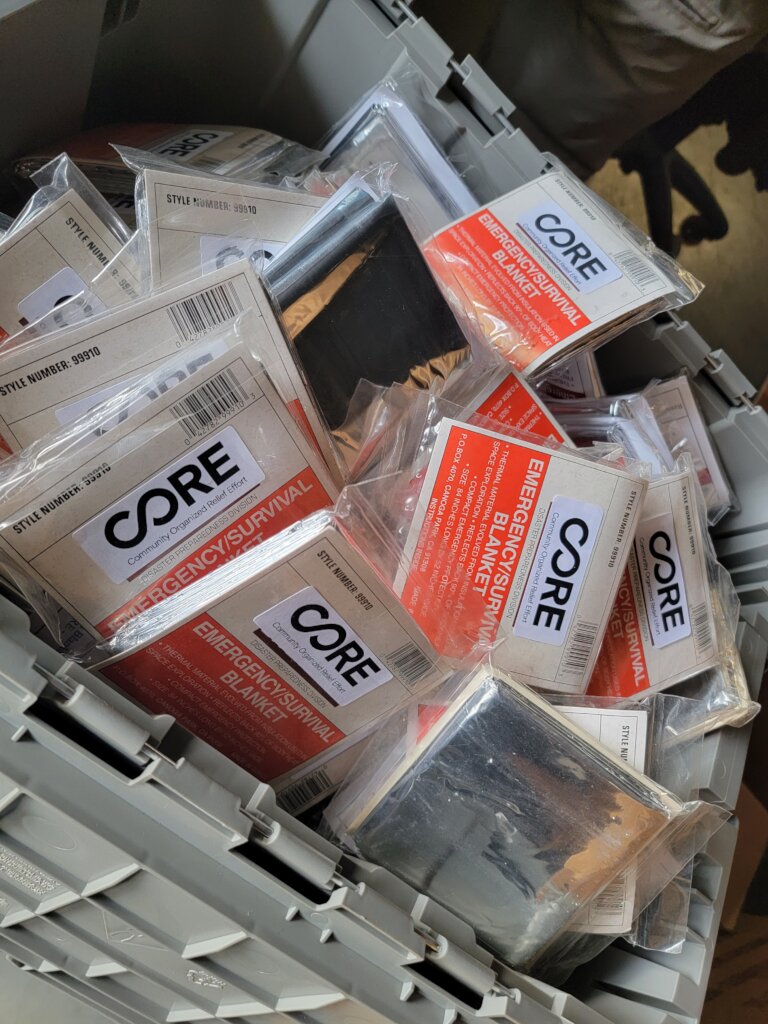 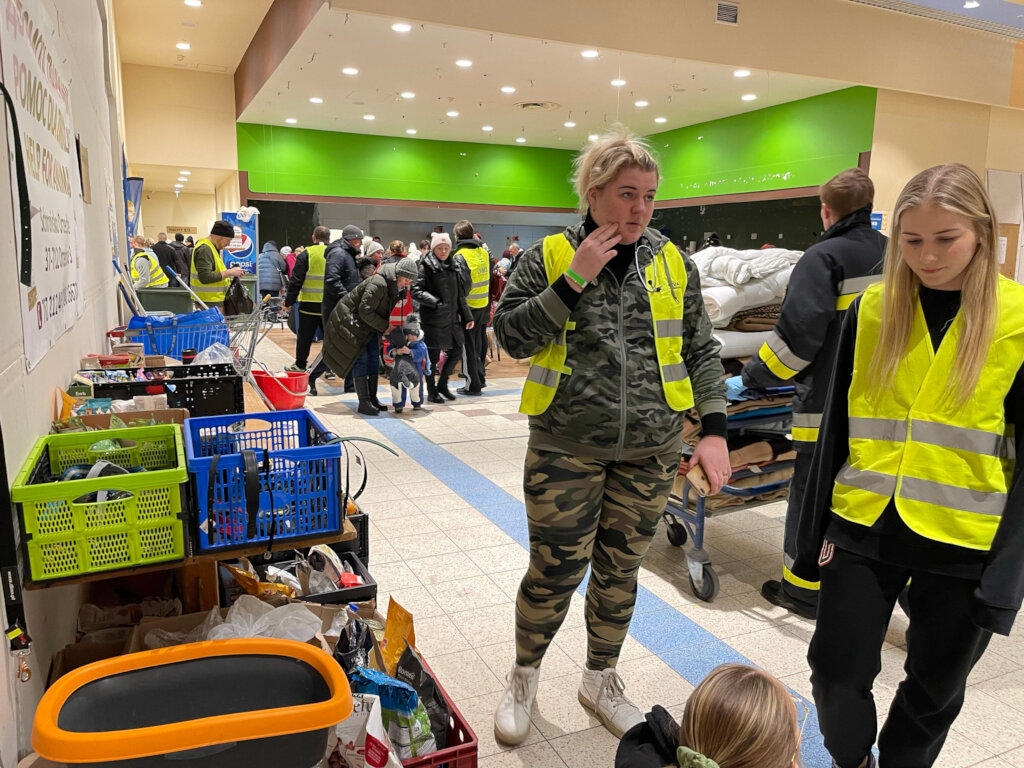 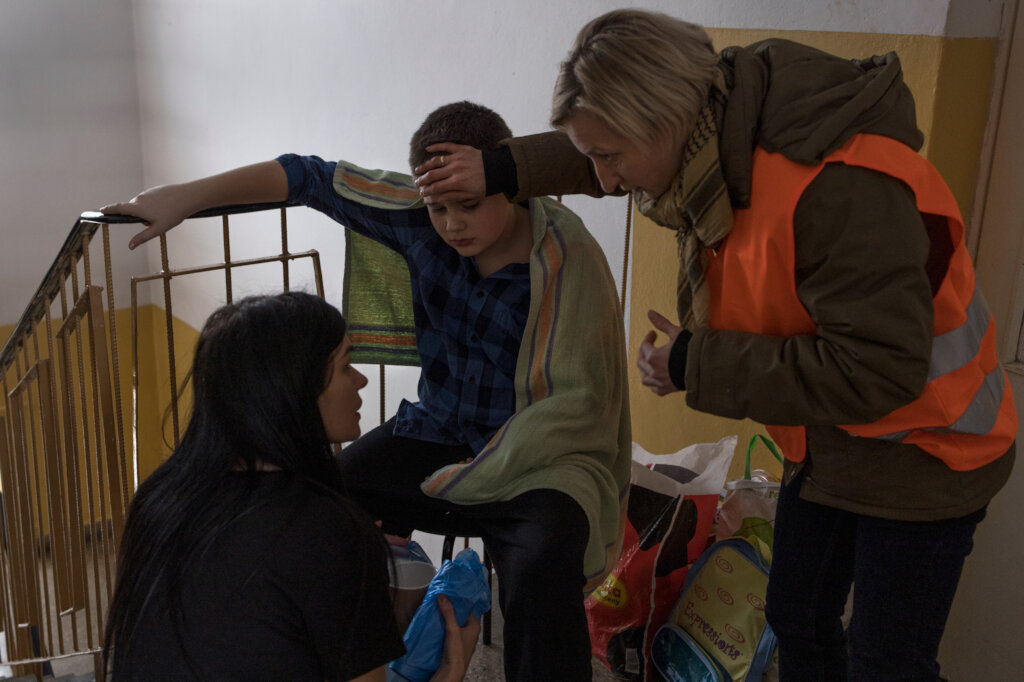 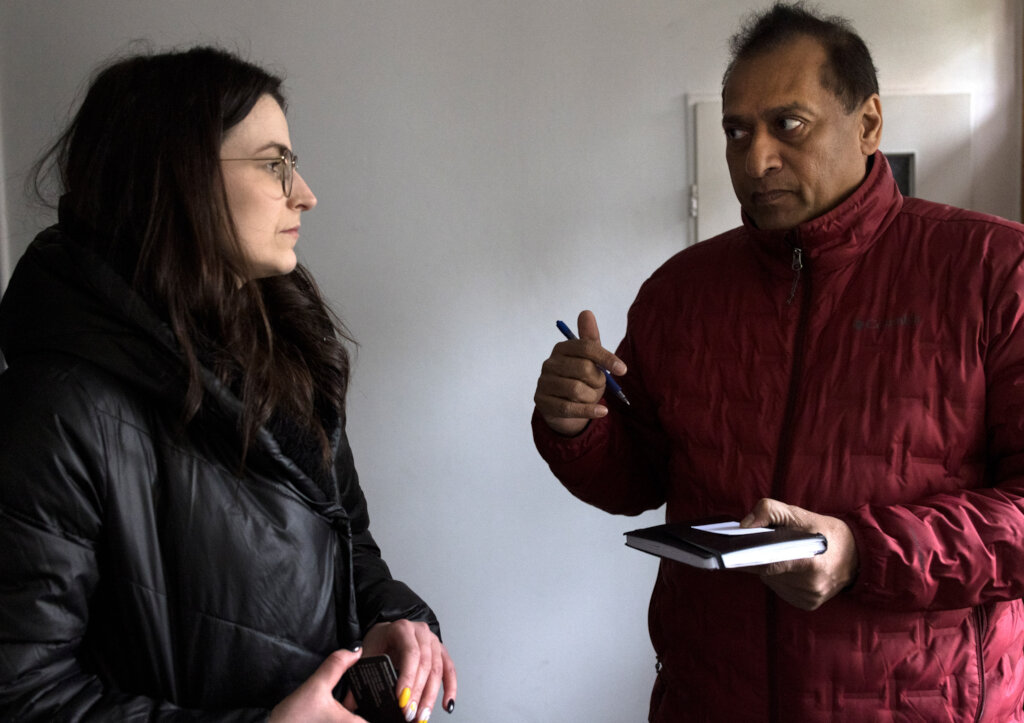 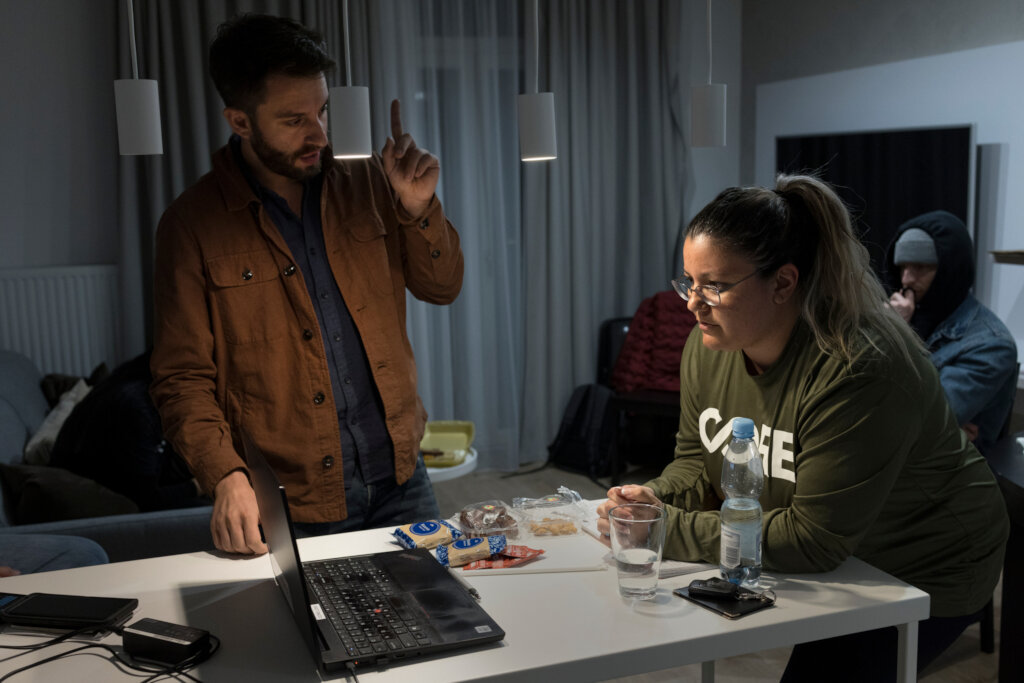 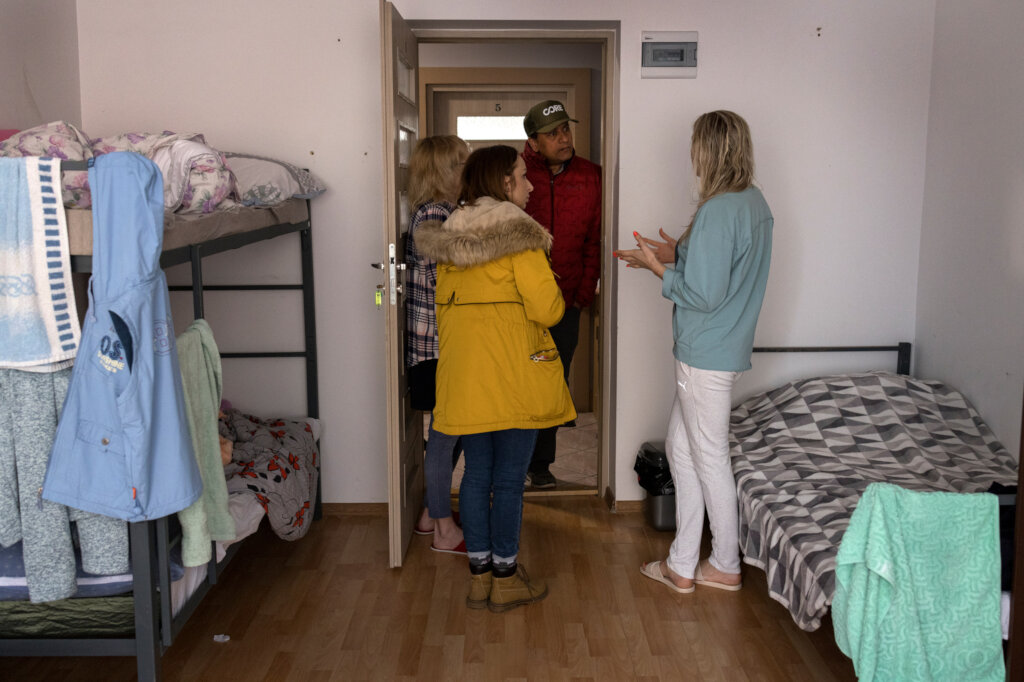 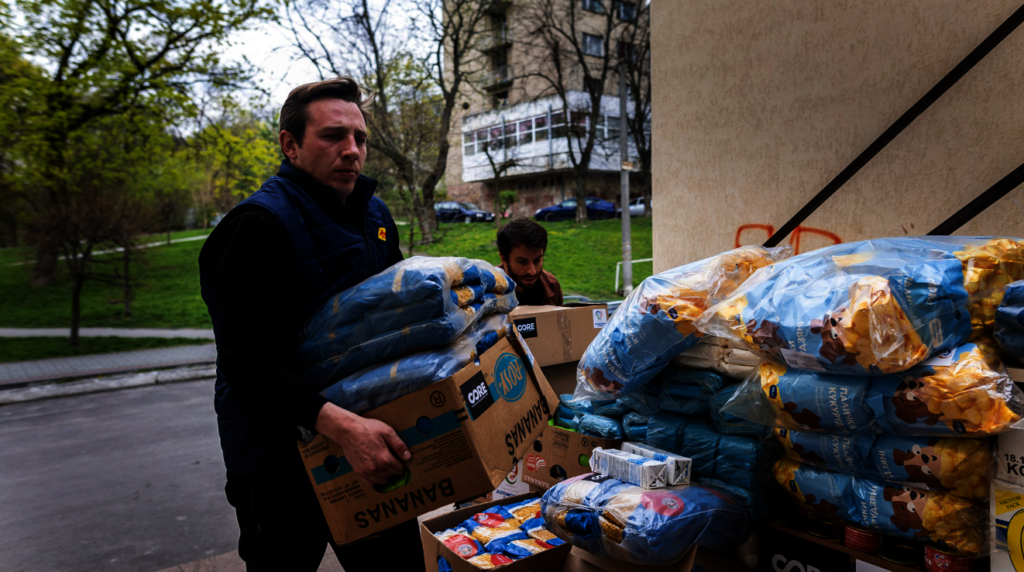 Since Russia invaded Ukraine on February 24, 2022, over 7.4 million Ukrainians have fled and 7 million are internally displaced within the country. Humanitarian needs across the region are concentrated around securing adequate shelter, food and basic goods, health care (including mental health and psychosocial support), financial assistance, and work opportunities. Considering that over 90% of the population that has fled are women and children, there are strong gender-specific needs related to childcare, child-protection, and women’s sexual and reproductive health.

CORE's Ukraine Crisis Response launched on February 28 and covers Ukraine, Poland, and Romania. In the first seven months of the response, we have built strong partnerships with local organizations and governments working to address the needs of refugees, internally displaced people and conflict-affected communities. While the migration flows stabilized over the summer, with winter approaching a potential new wave of displacement is considered a strong possibility if heating systems in Ukraine falter or fail in October and November 2022. CORE is preparing to further scale its response to address seasonal and evolving needs in addition to its current programming in the region.

CORE is running a multi-faceted, community-driven response in Ukraine, Poland, and Romania with the objective of filling the gaps to provide for the unmet and pressing needs of the most vulnerable Ukraine refugees and displaced people in the region. CORE’s programming is currently focused on the following implementation areas: 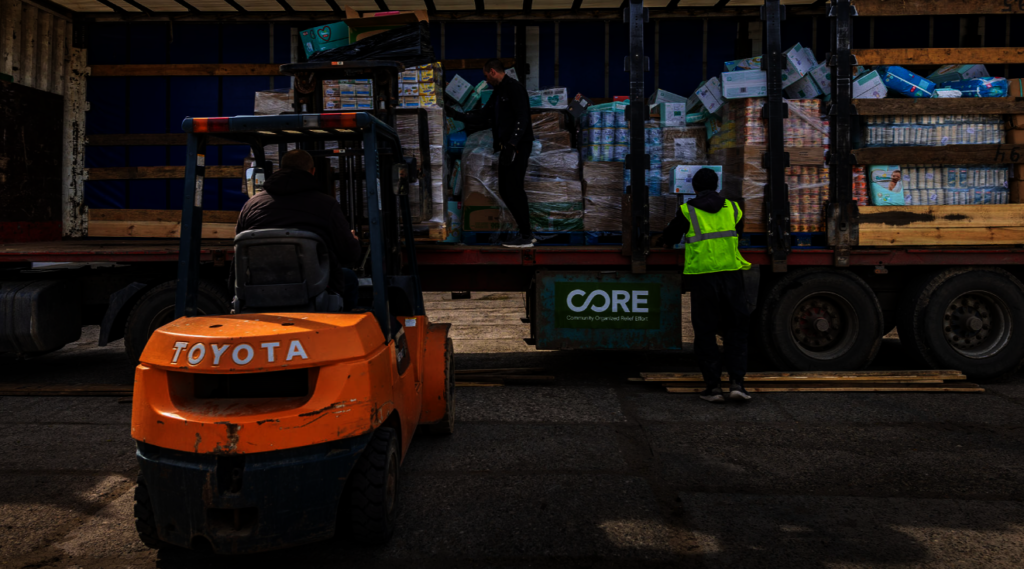 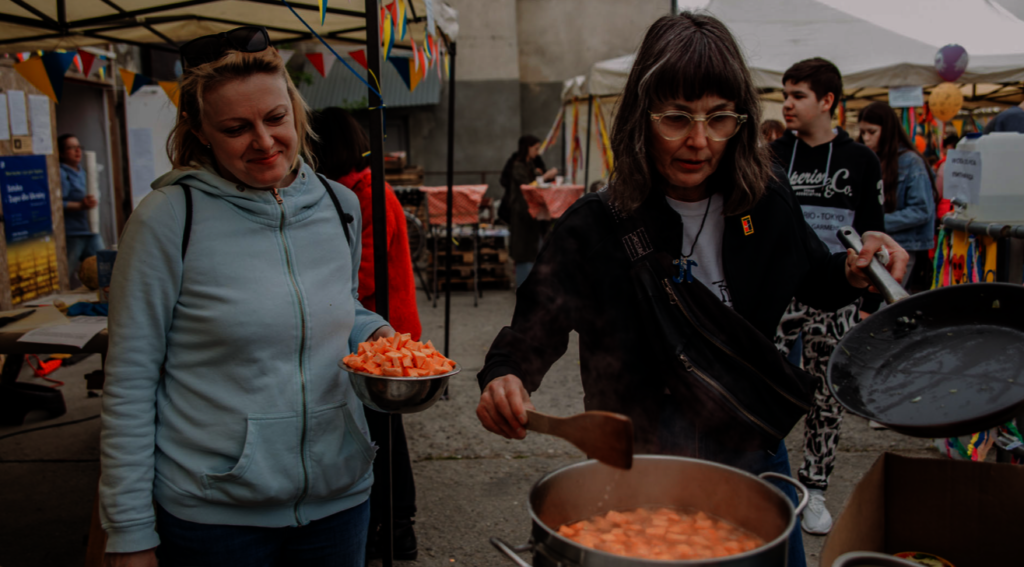 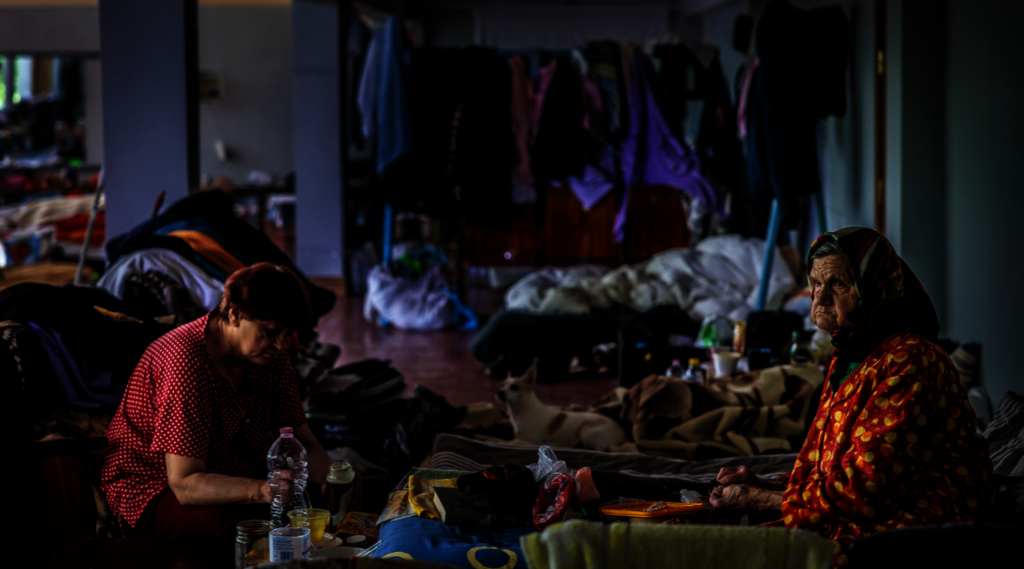 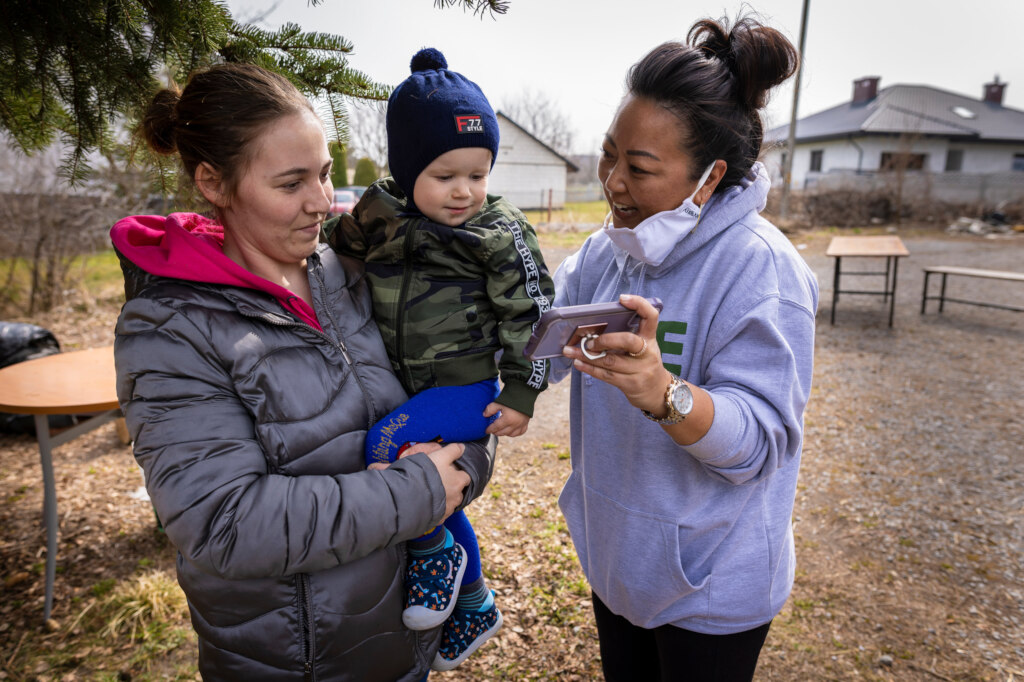 War in Ukraine has resulted in at least 4,302 civilian deaths and an additional 5,217 civilian injuries, as of June 8, 2022 (midnight, local time), according to the UNHCR. Actual figures are believed to be considerably higher, particularly as reports of information from areas of heavy ongoing conflict – including the Donetsk, Kharkiv, and Luhansk regions – still pend confirmation. Over 15.7 million people are in urgent need of humanitarian aid, according to estimates from the UN and humanitarian partners.

Damage and destruction to residential areas and civilian infrastructure serves as a major obstacle to people accessing essential resources, such as water and food, as well as healthcare and other critical services. Many civilians in Ukraine are sheltering without basic aid and unable to be reached or evacuated safely. Additionally, unexploded ordnance poses major peril to civilians, as nearly half of Ukraine requires demining due to the ongoing military conflict, according to SESU.

As of June 9, 2022, nearly 7.3 million border crossings from Ukraine have been recorded since war activities commenced on February 24, 2022, according to UNHCR, resulting in the largest refugee crisis in Europe since World War II. A total of 4.8 million refugees have been recorded across Europe, 3.2 million of whom have registered for protective status in Europe. Of the Ukrainian diaspora, 2.3 million people have returned to Ukraine, though this does not indicate a long-term return to the country as volatile conditions persist.

More than 8 million Ukrainians (18% of total population) are currently internally displaced according to recent estimates from the International Organization for Migration (IOM). According to REACH, constant displacement of families and movement of internally displaced people (IDPs) has created significant challenge in acquiring accurate data on IDPs and their needs, limiting the effectiveness of humanitarian assistance.

CORE is working with international and local partners to address the urgent humanitarian needs of those affected by the war in Ukraine, with operations in Poland, Romania, and Ukraine. Its current activities include: 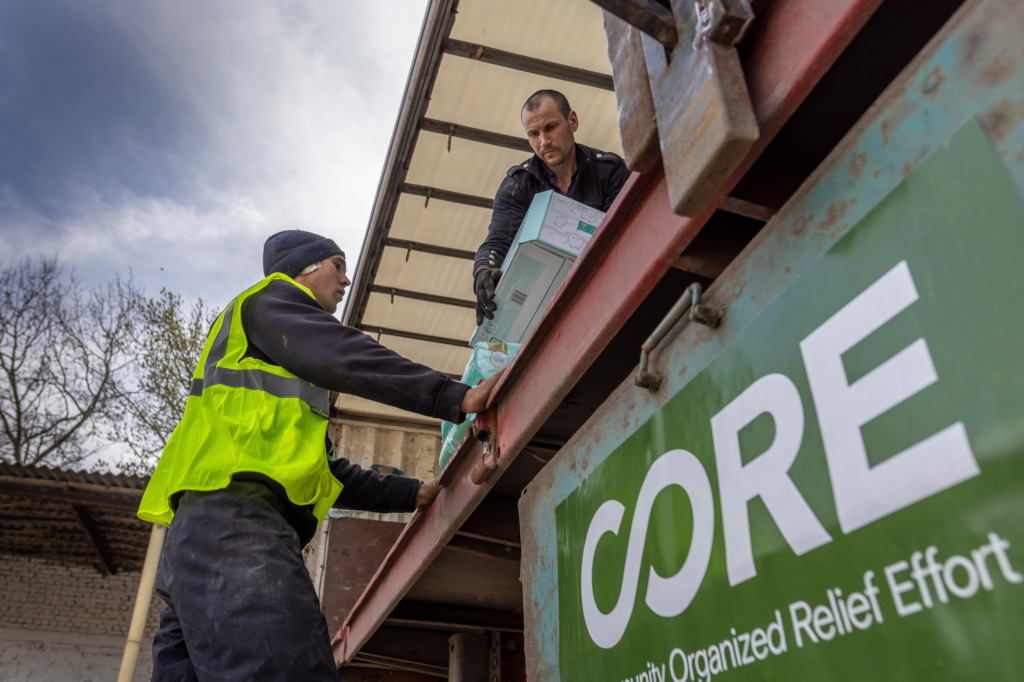 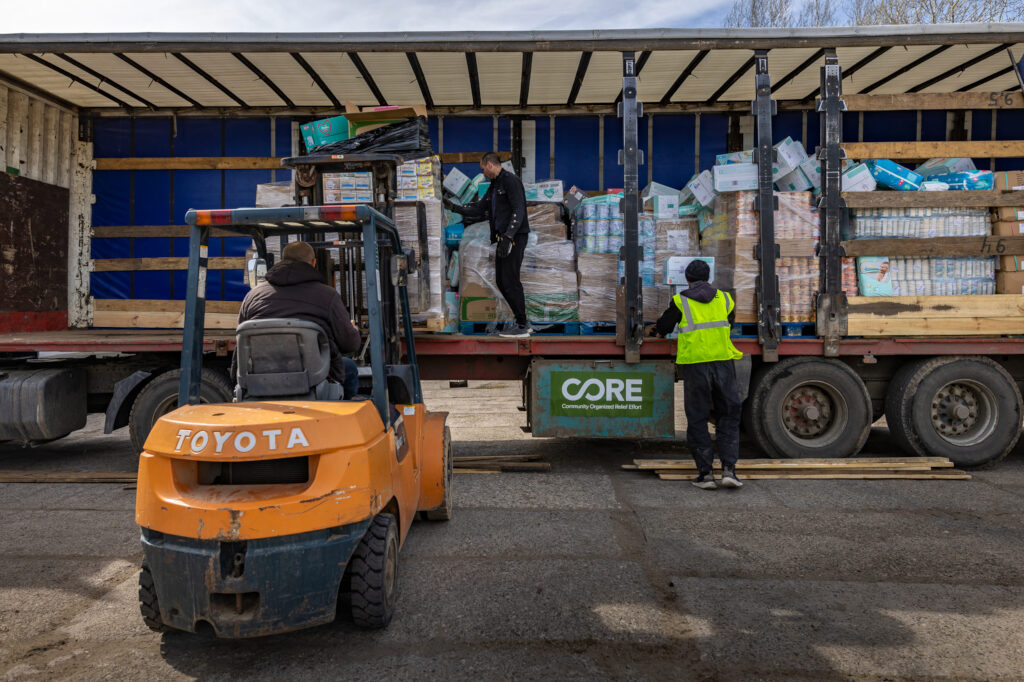 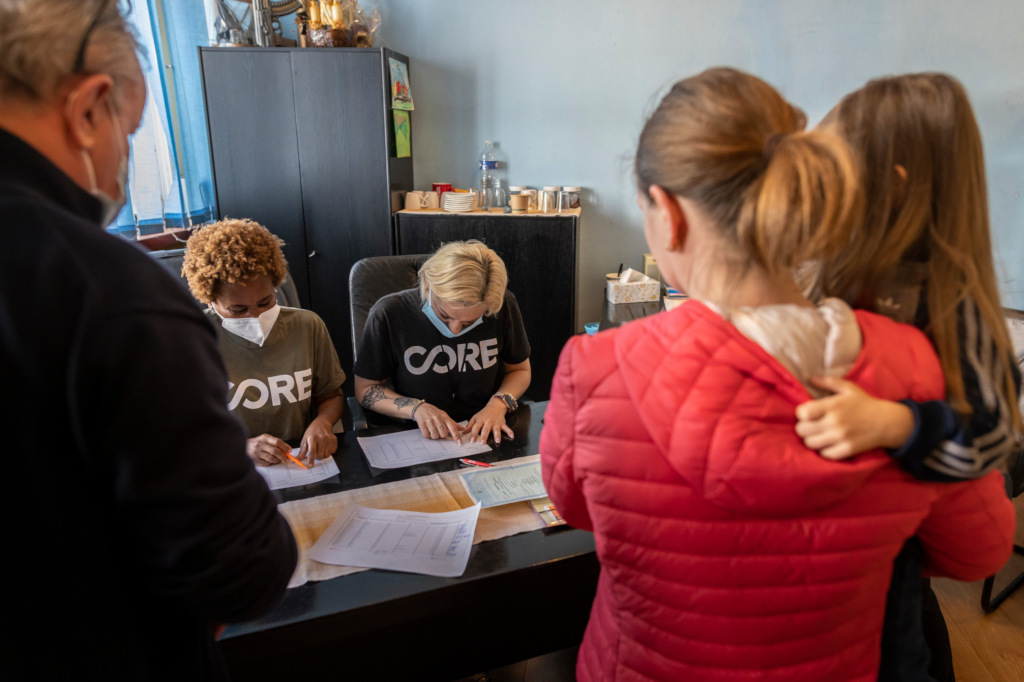 Project Leader:
Lauren Bentley
Los Angeles, CA United States
$86,494 raised of $100,000 goal
You last donated to this project on
237 donations
$13,506 to go
* Amounts in US Dollars
Donate Now
Donate once
Donate monthly
$25
USD
supplies a family of four with 3-day hygiene kits containing soap, hand sanitizer, toothbrushes, and other essential hygiene items, and emergency thermal blankets to keep them warm amid freezing temps
›
$150
USD
provides a refugee family with cash assistance to help them to use the cash as they see fit, for transportation to other friends and family, etc.
›
$250
USD
supplies humanitarian relief to 2 families crossing the border to safety
›
$500
USD
helps coordinate psychosocial support to a refugee family
›
$1,000
USD
provides a month's support to a family, helping with basic needs and materials to support families where they may settle, longer term
›

Make a monthly donation & get matched today at 100% while funds remain. Terms and conditions apply.
Give the gift of stability in a time of instability. Set up an automatic, monthly gift now and get matched at 100%—because the COVID-19 pandemic has hurt us all, and it will take all of us to overcome it. Terms and conditions apply.
Monthly giving is as easy, safe, and as inexpensive as a Netflix subscription. Start a monthly donation to CORE (Community Organized Relief Effort) today and get matched at 100%. Terms and conditions apply.
$25
USD
monthly
supplies a family of four with 3-day hygiene kits containing soap, hand sanitizer, toothbrushes, and other essential hygiene items, and emergency thermal blankets to keep them warm amid freezing temps
›
$150
USD
monthly
provides a refugee family with cash assistance to help them to use the cash as they see fit, for transportation to other friends and family, etc.
›
$250
USD
monthly
supplies humanitarian relief to 2 families crossing the border to safety
›
$500
USD
monthly
helps coordinate psychosocial support to a refugee family
›
$1,000
USD
monthly
provides a month's support to a family, helping with basic needs and materials to support families where they may settle, longer term
›

Donating through GlobalGiving is safe, secure, and easy with many payment options to choose from. View other ways to donate
CORE (Community Organized Relief Effort) has earned this recognition on GlobalGiving:

GlobalGiving
Guarantee
Donate https://www.globalgiving.org/dy/cart/view/gg.html?cmd=addItem&projid=55627&rf=microdata&frequency=ONCE&amount=25
Please Note
WARNING: Javascript is currently disabled or is not available in your browser. GlobalGiving makes extensive use of Javascript and will not function properly with Javascript disabled. Please enable Javascript and refresh this page.