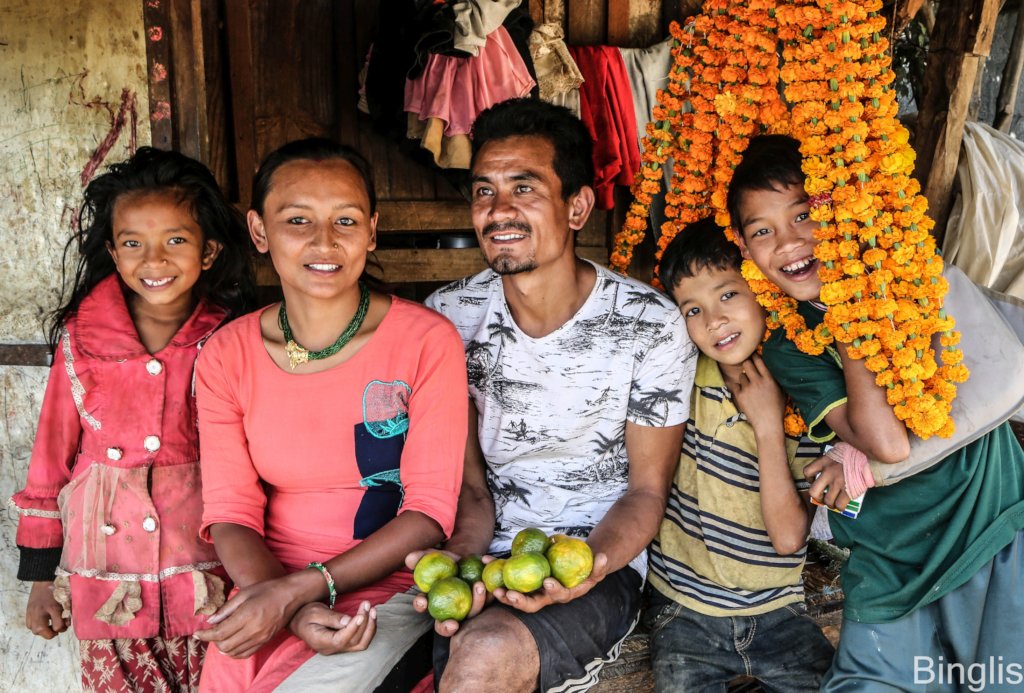 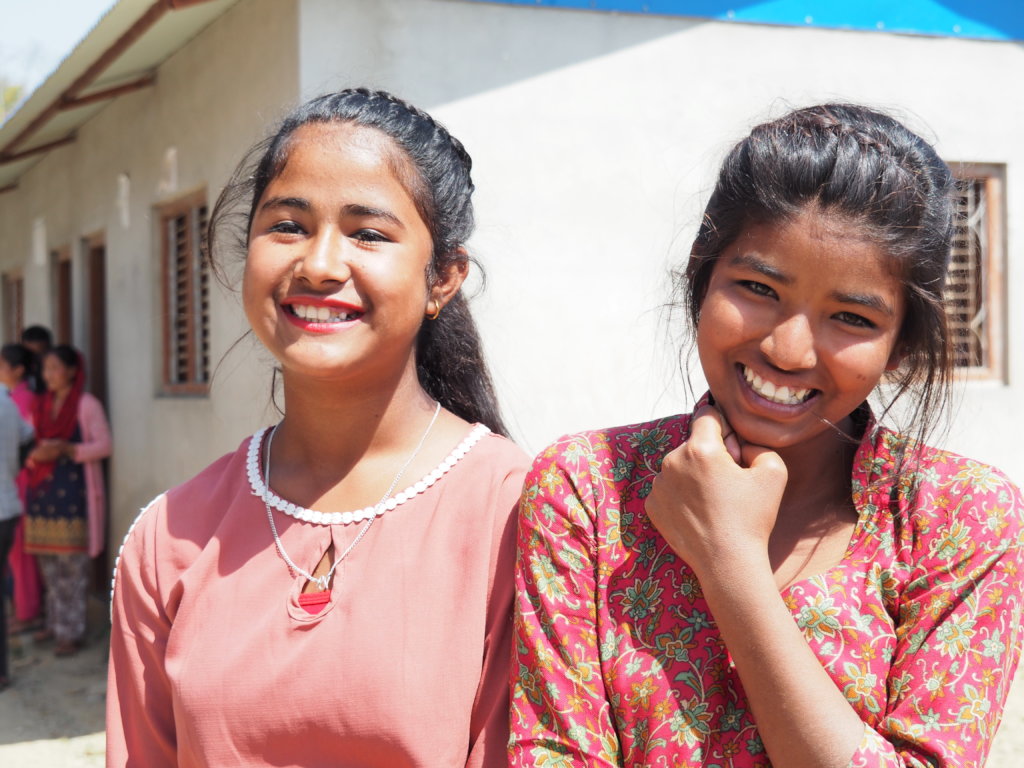 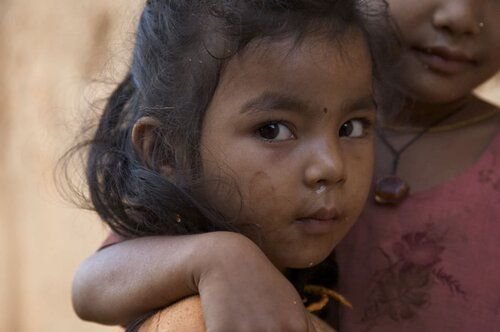 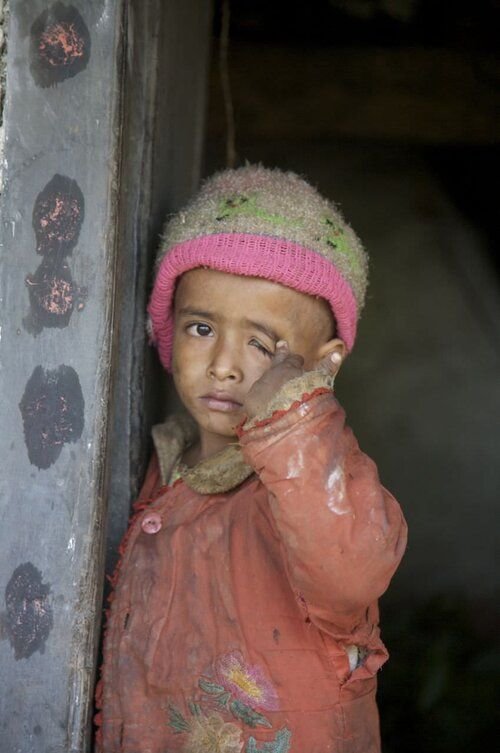 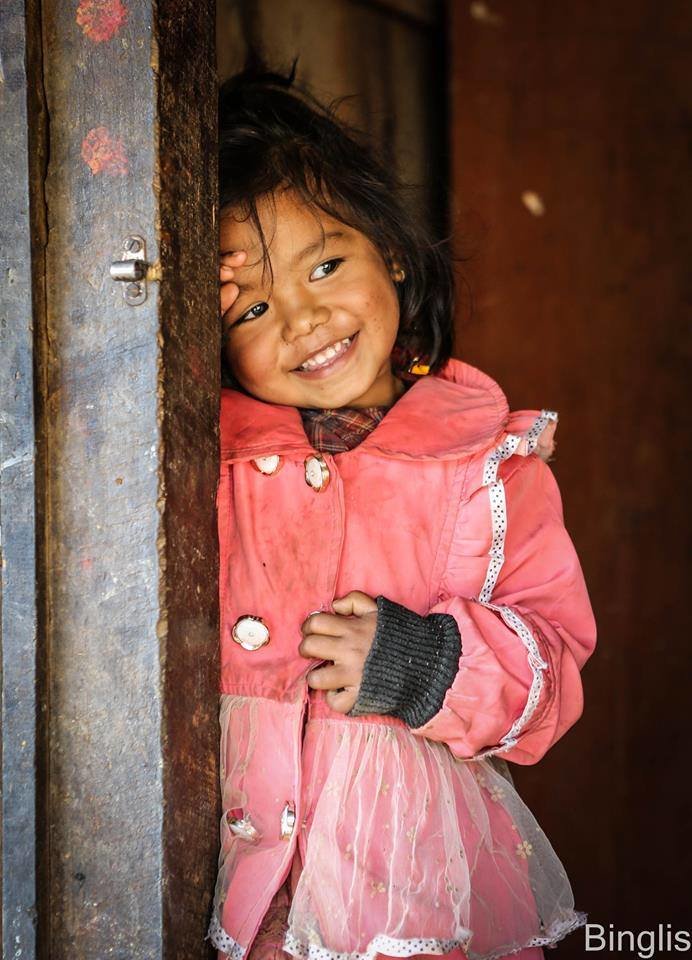 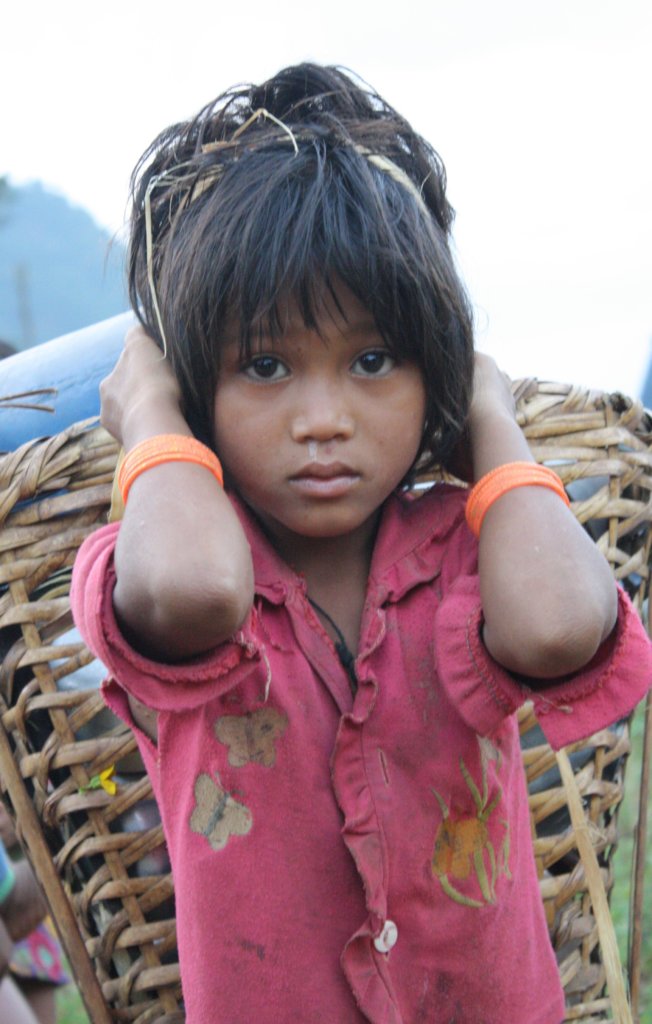 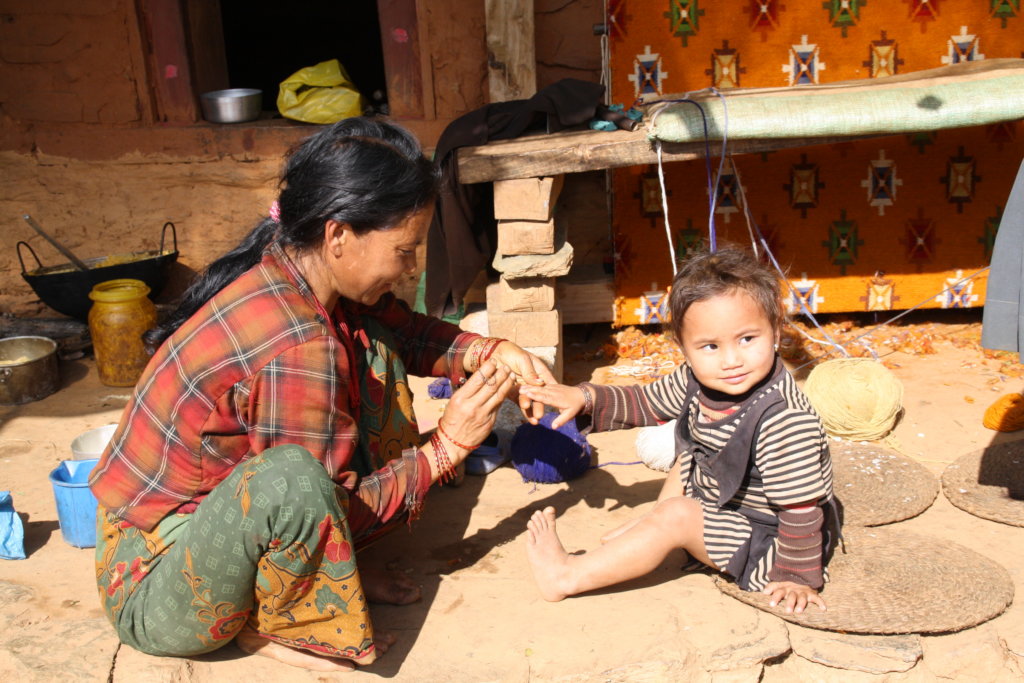 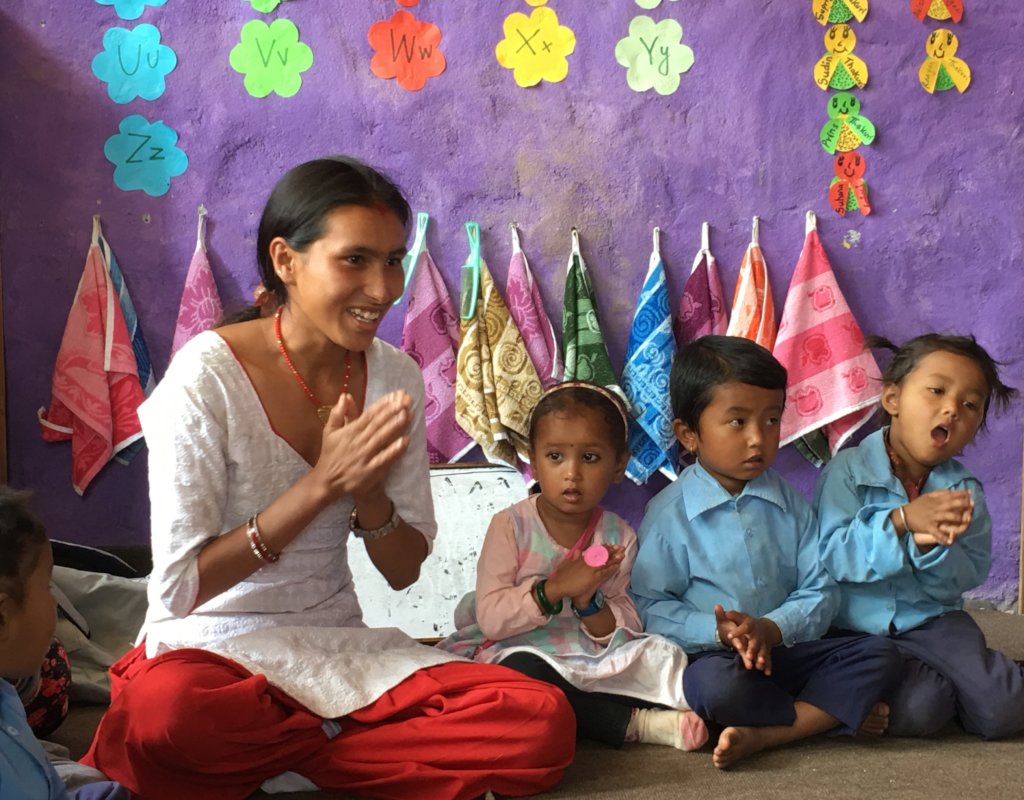 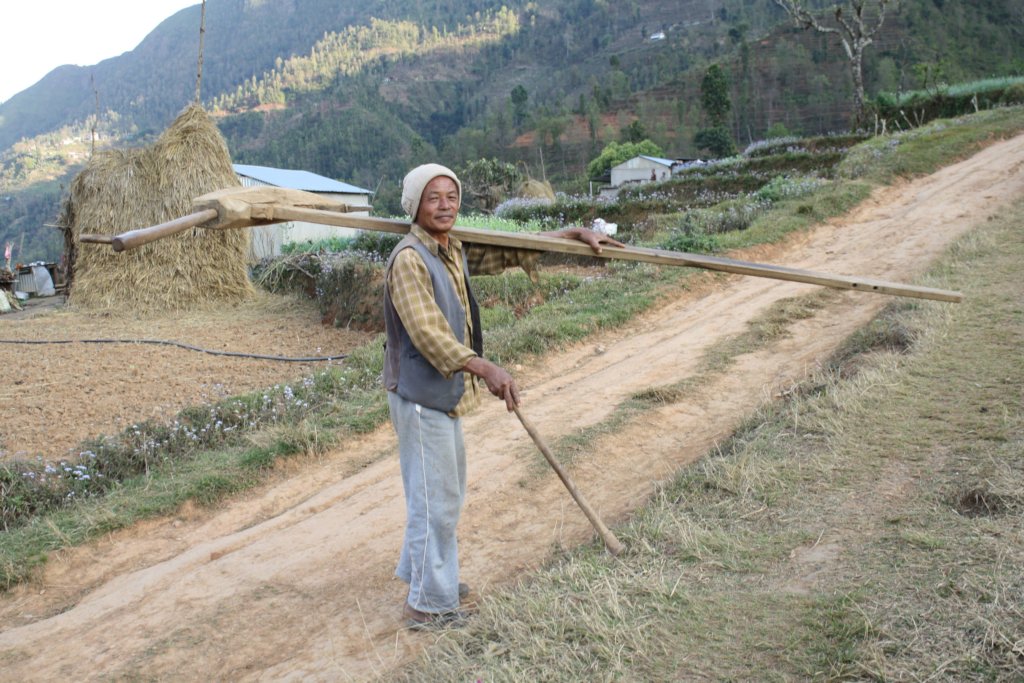 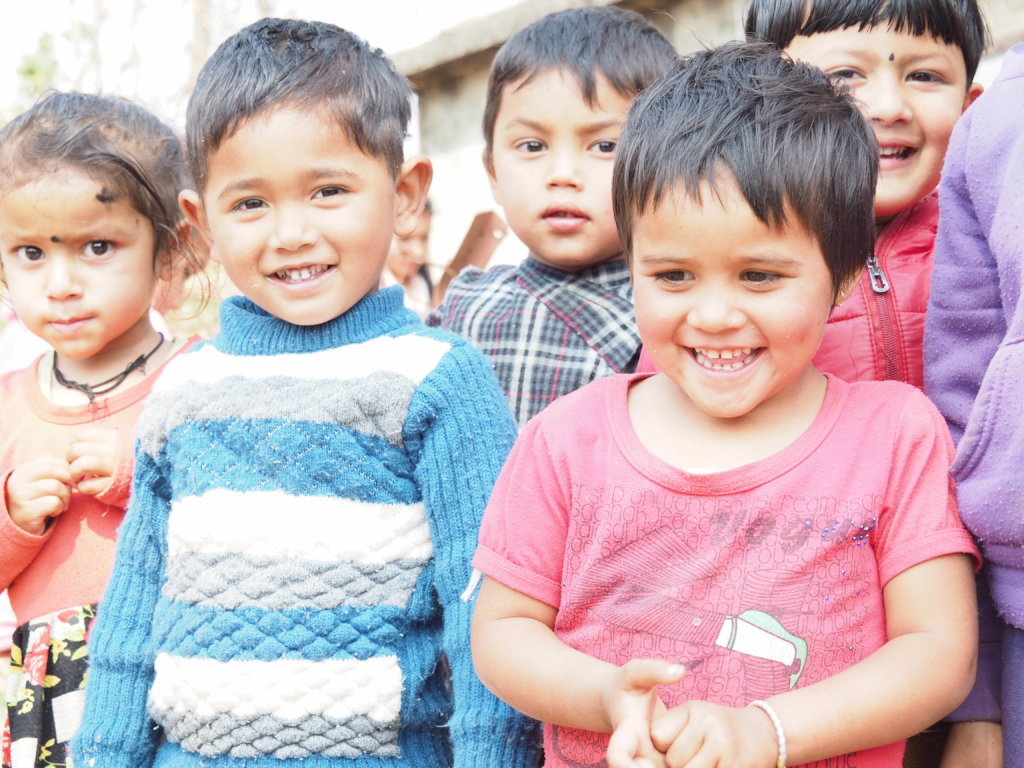 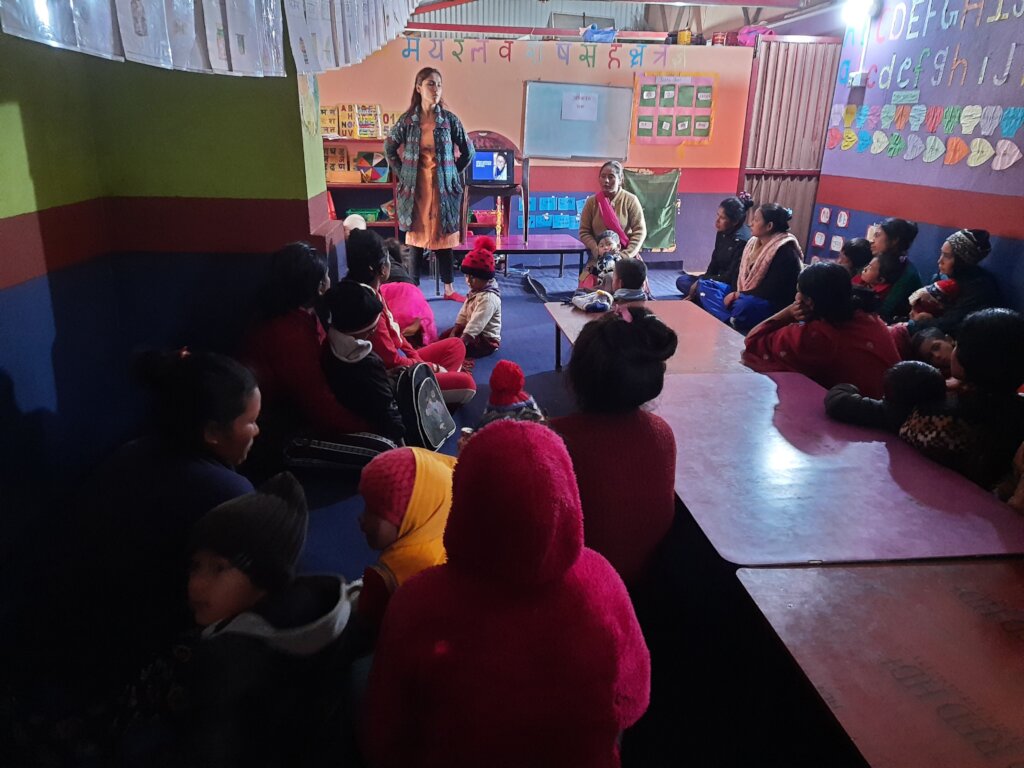 Parent Education talks are underway in Nuwakot as part of the Community Resilience Programme. Parents learnt about the importance of the first 1000 days in a child's life and the importance of nurturing them with nutritious food as well as playing with them to help them learn. More parent education sessions are planned.

A team of 15 young community animators have been recruited to disseminate positive messages to the community. These enthusiastic young people are attending online training with us on a range of topics including health and hygiene, environmental protection and the importance of keeping children at school safe from the lure of traffickers.

Laxmi is a 24 year old student studying for a Bachelors in Educatiion in Educationa and Health at the university campus in Trishuli, Nuwakot. Laxmi lives with her mother and wants to make positive changes in her community. She wants to raise awareness to people about the need to have a clean village, educate people on growing food in their own fields and eating fresh food.

Debika is an 18 year old student at Shree Ajingare Secondary School in Nuwakot.  Debika has two sisters and a brother. Her parents live off the land so have limited income. Debika is studying commerce and wants to become a teacher in the future. She is keen to improve public awareness in her village.

Krishna is a 16 year old student studying commerce at  Shree Ajingare Secondary School. krishna's mother is an early childhood teacher and her father is a police officer. She is passionate about bringing about change in her community.

Following initital training, the animators decided that the best way to promote positve health messages to the community would be in the form of street drama which is very popular in Nepal. The script has been prepared that weaves in a range of social issues in Nepal. Community performances will follow soon.

It is great to have such motivated young people who are working together as a team to bring about positive change at the community level. 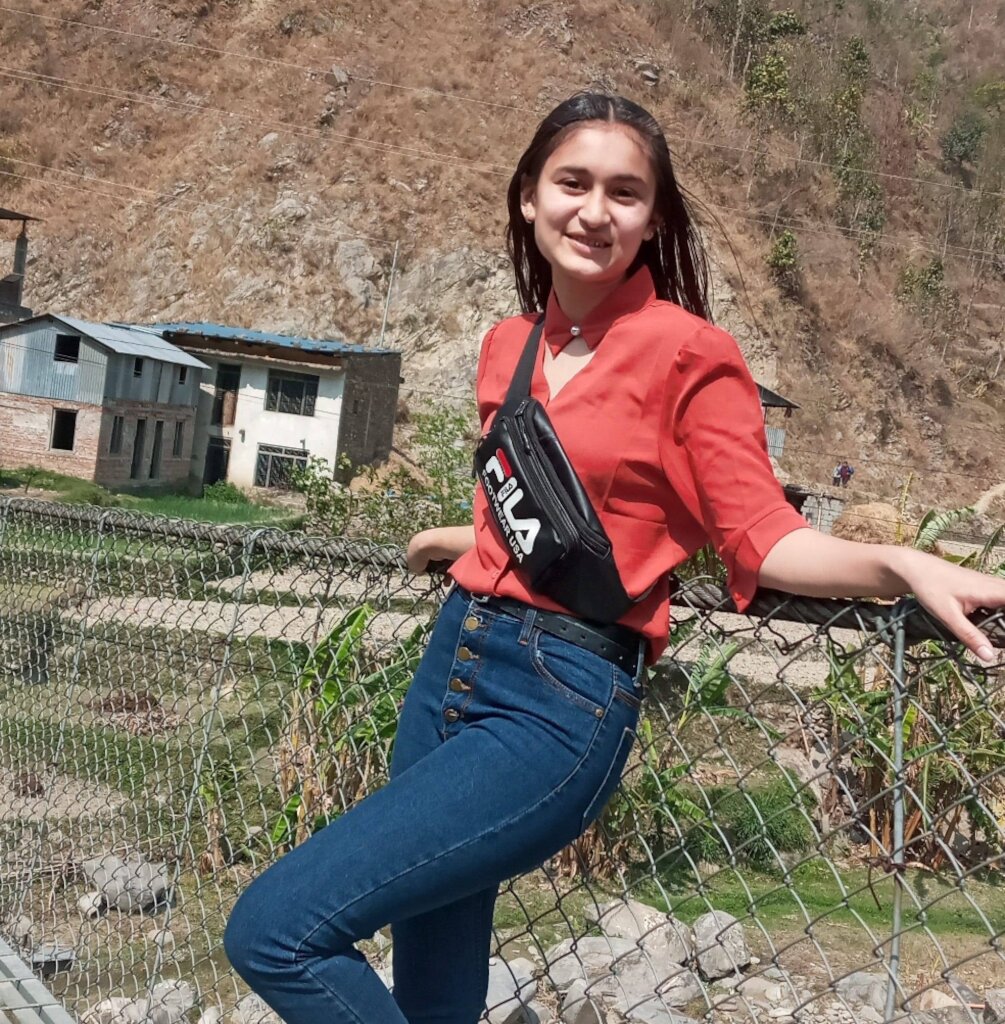 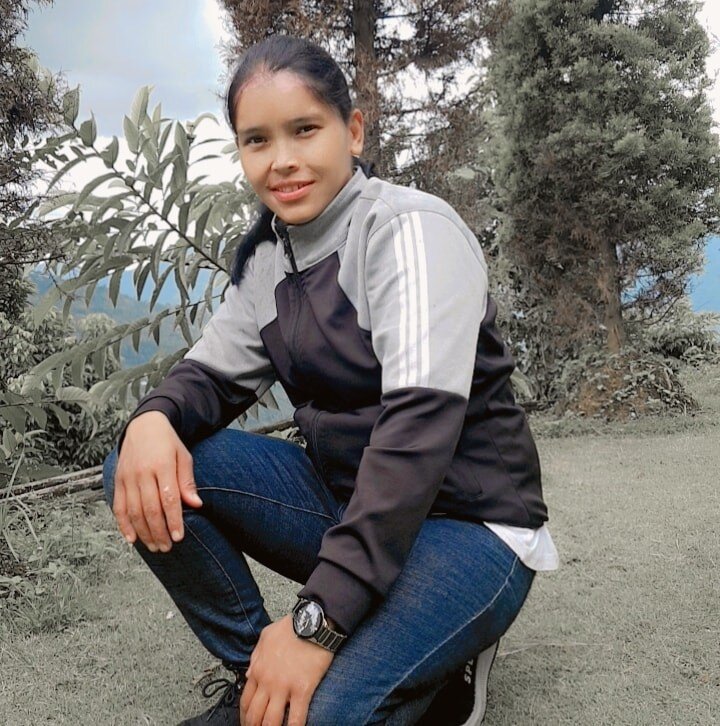 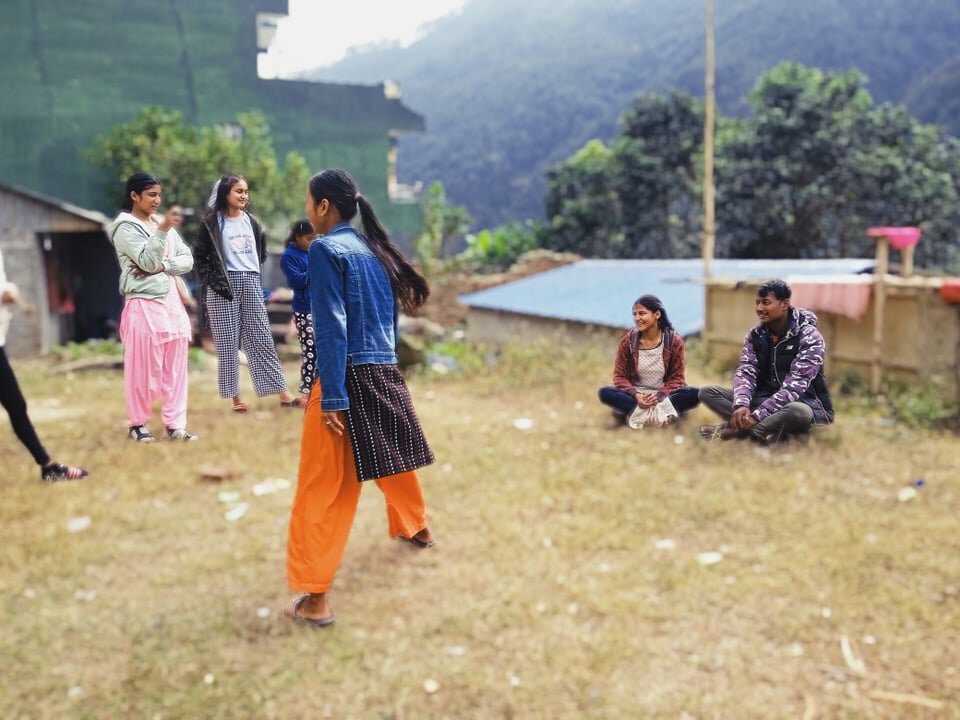 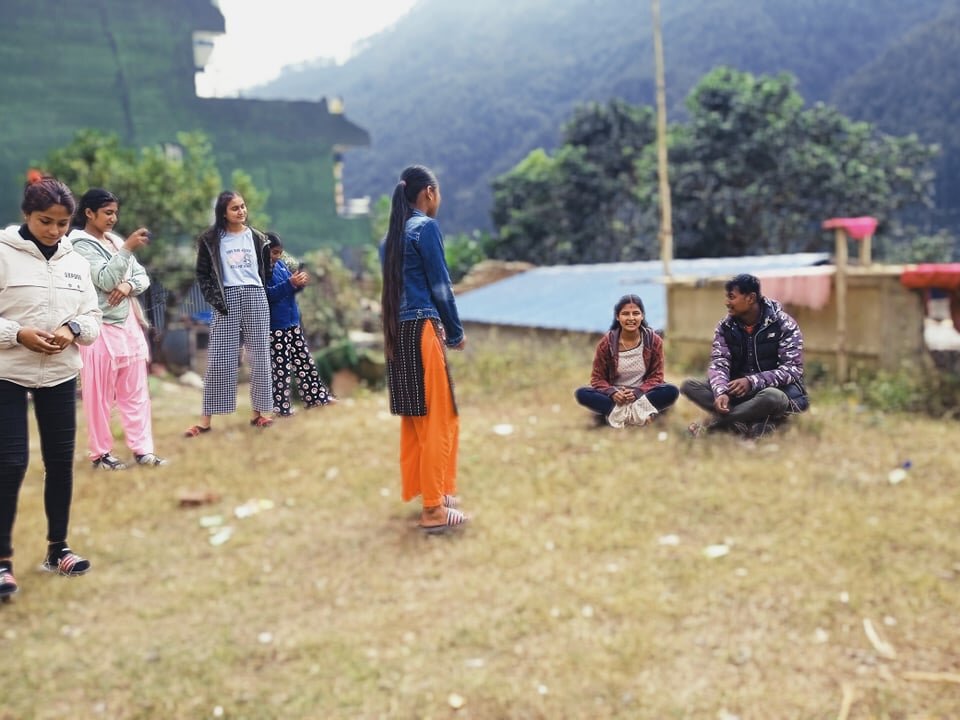 Donating through GlobalGiving is safe, secure, and easy with many payment options to choose from. View other ways to donate
Ythan Valley Rotary has earned this recognition on GlobalGiving:

GlobalGiving
Guarantee
Donate https://www.globalgiving.org/dy/cart/view/gg.html?cmd=addItem&projid=48713&rf=microdata&frequency=ONCE&amount=25
Please Note
WARNING: Javascript is currently disabled or is not available in your browser. GlobalGiving makes extensive use of Javascript and will not function properly with Javascript disabled. Please enable Javascript and refresh this page.