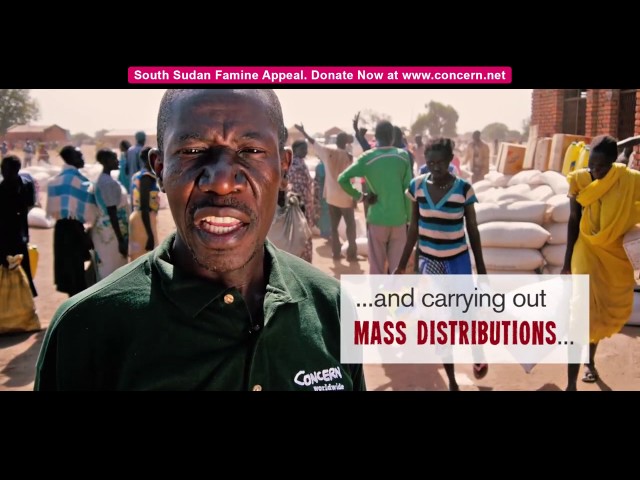 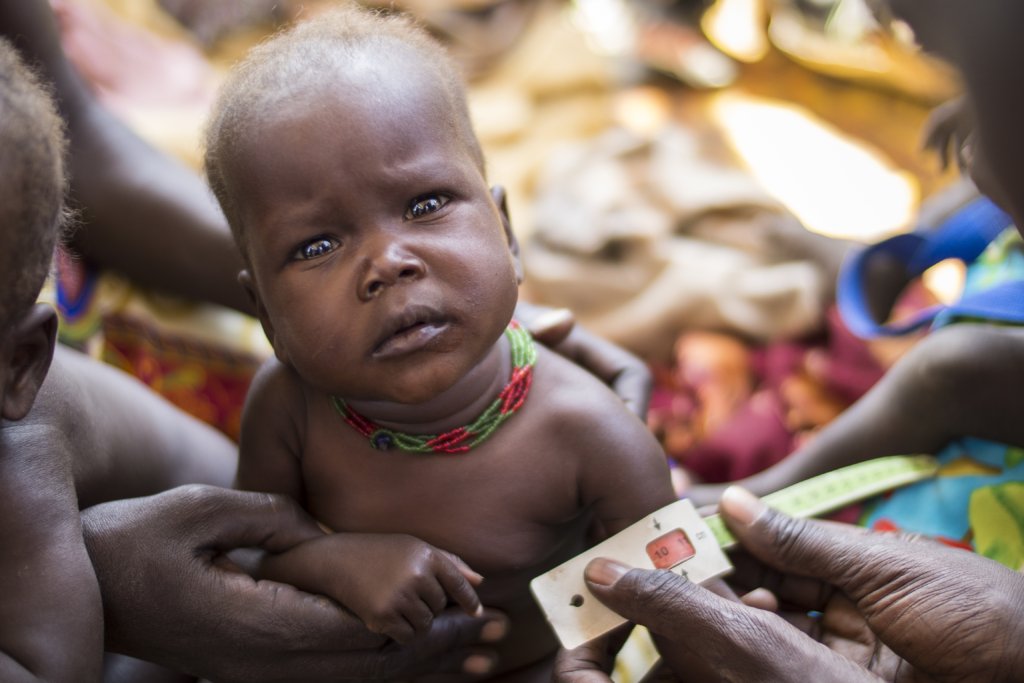 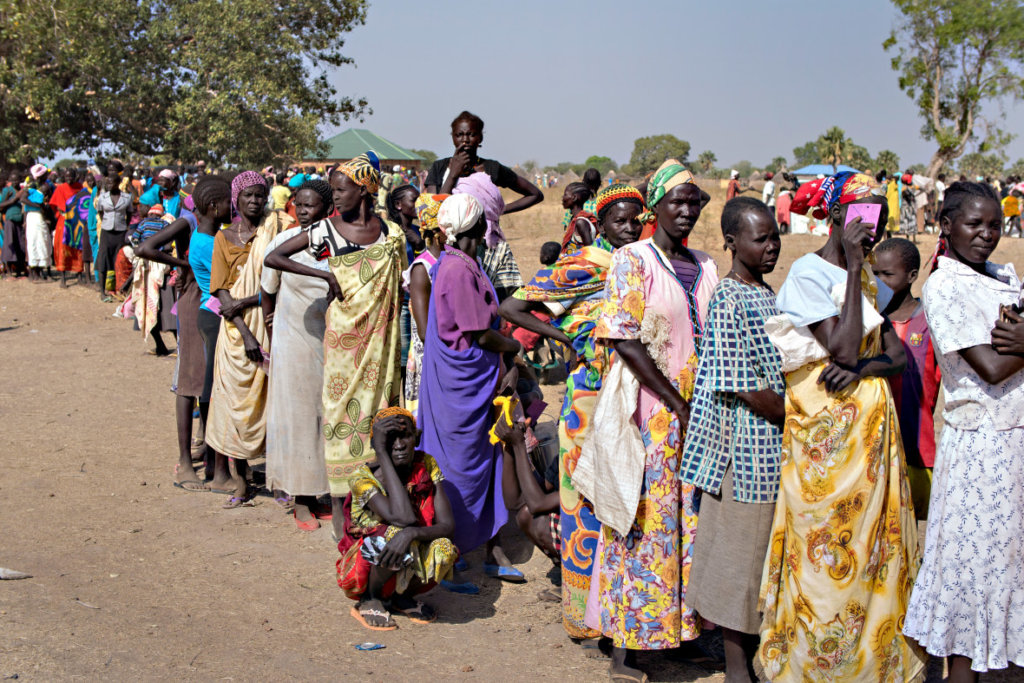 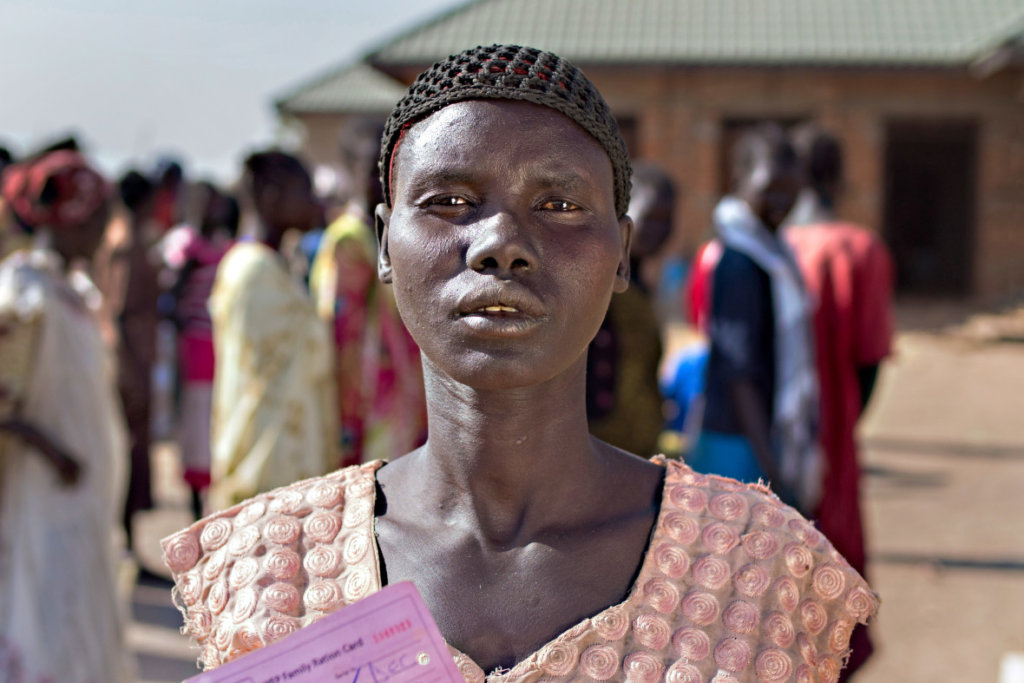 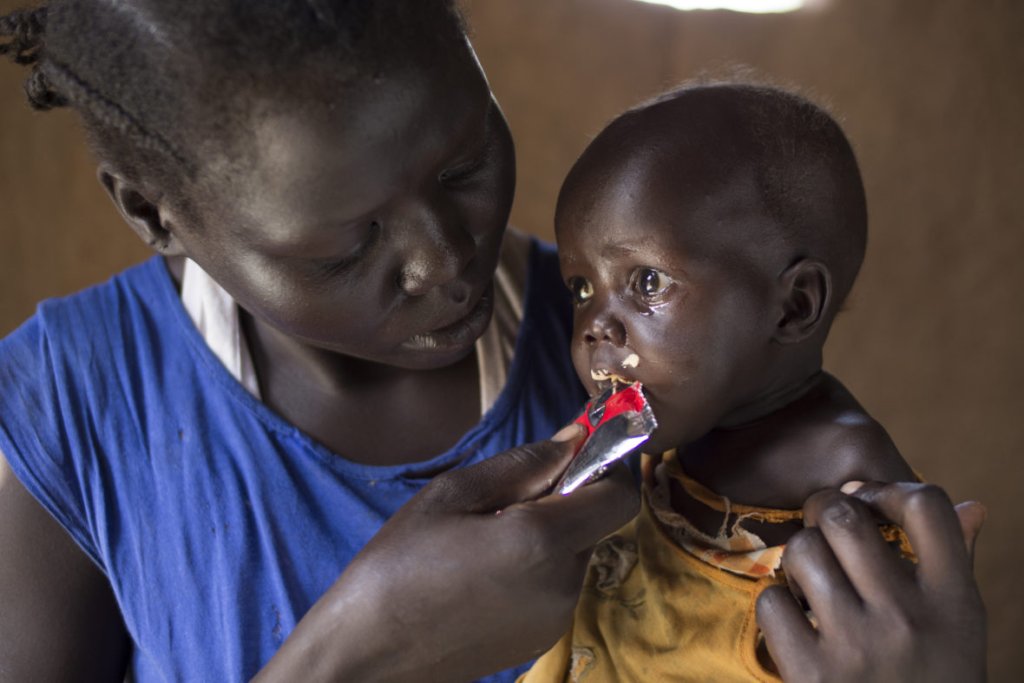 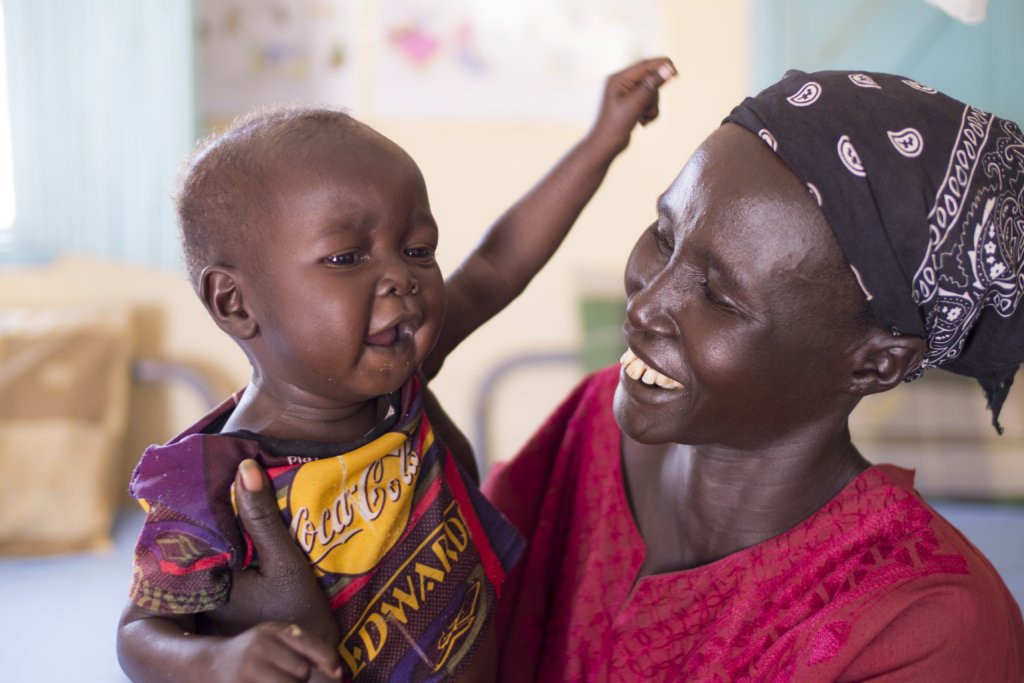 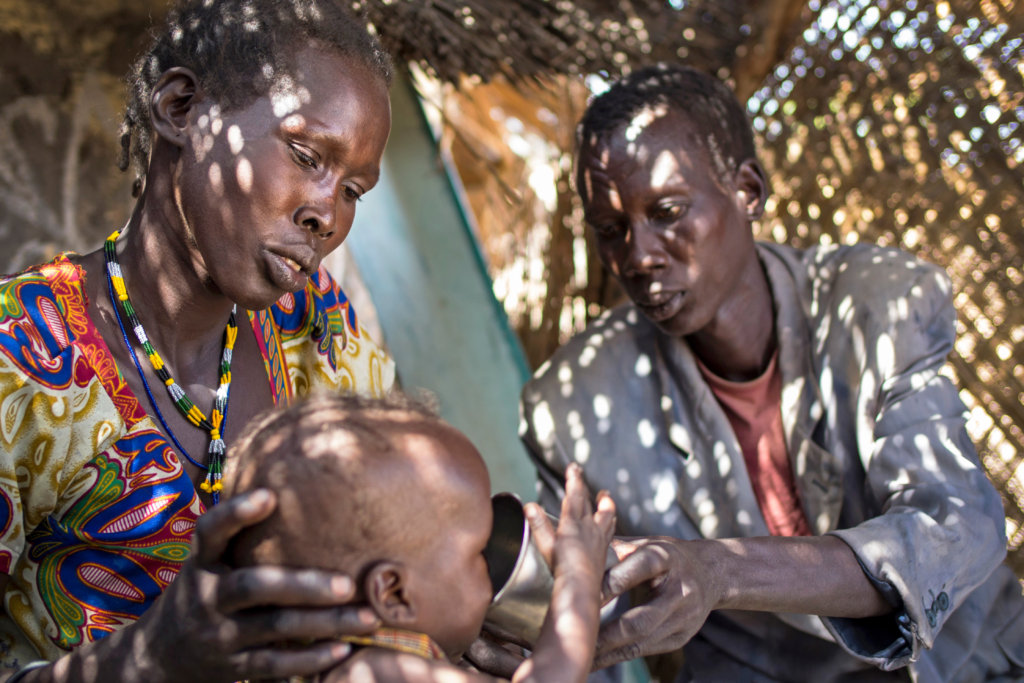 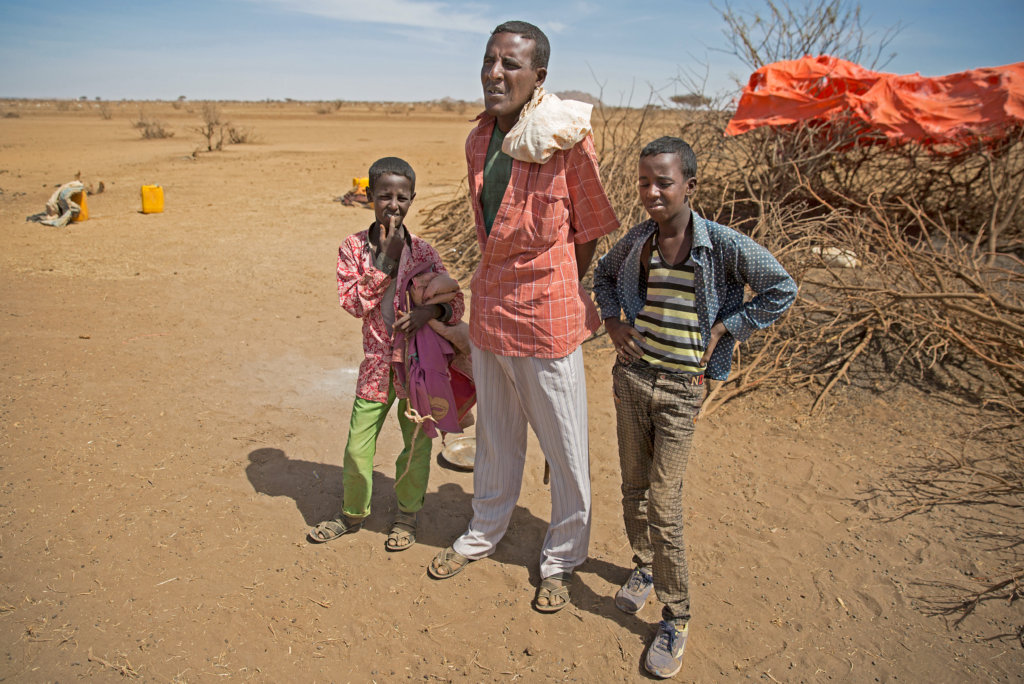 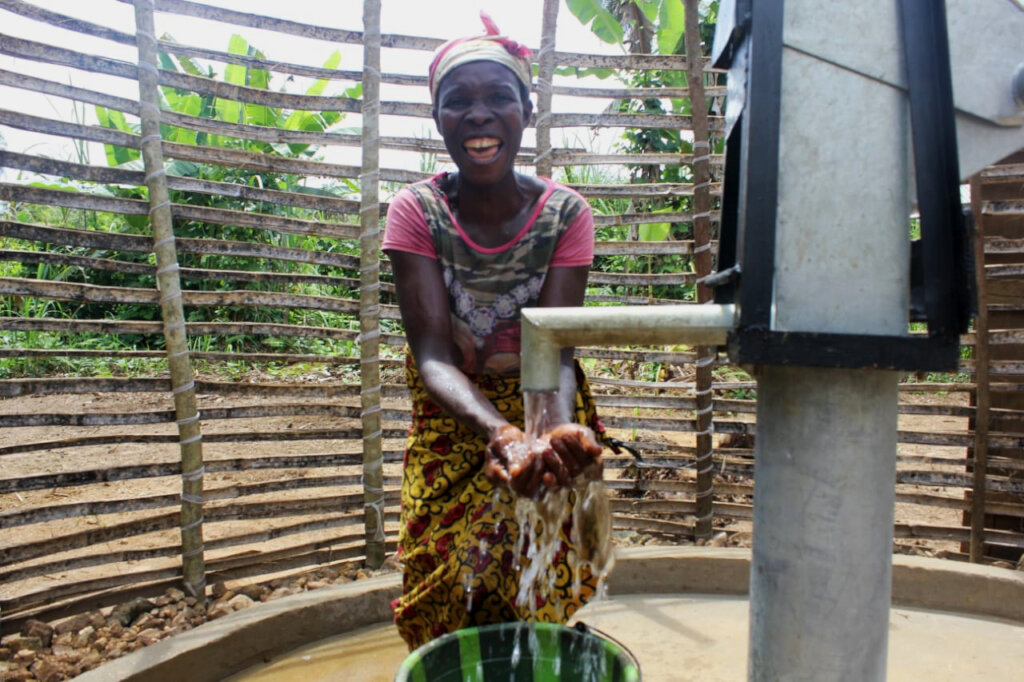 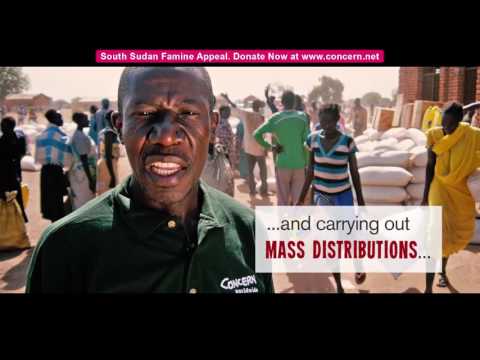 An "Emergency Beyond An Emergency" in East Africa

Across East Africa (Somalia, Kenya, Ethiopia, South Sudan, Uganda and Eritrea, also known as the “Horn of Africa”) nearly 40 million people – nearly one-third of the region’s total population -- have been adversely affected by the current severe drought, which is in its 4th consecutive season, the worst in over 40 years. This severe drought has led to widespread livestock deaths, acute food insecurity and a very real risk of impending widespread famine. It is estimated that a person is dying of hunger every 48 seconds across Ethiopia, Kenya and particularly Somalia.

Somalia in particular is experiencing some of the worst ravages of this climate-change caused disaster. Somalia has two rainy seasons: the Gu and the Deyr. The Gu rains last from April to June, while the Deyr are October to December. The Gu rainy season this year was catastrophically dry, and forecasts indicate a similar failure in the upcoming Deyr season this fall -- as well as warmer-than-average surface temperatures causing further impacts.

Compounding this severe drought situation is the ongoing protracted conflict in the region, lingering supply chain issues from the COVID-19 pandemic, the aftermath of the desert locust upsurge last year, global inflation, and the impact of the war in Ukraine on grain and oil imports. The price of staple items such as cooking oil, sugar and rice has increased over 100% since the beginning of 2022. Over 3 million livestock are estimated to have perished since mid-2021 due to starvation and disease, with 22 million more at risk in the coming months.

In a country where pastoralism and agro-pastoralism are the dominant livelihood strategies, the drought has had devastating impacts on rural households’ ability to grow crops and raise livestock. This has left hundreds of thousands of families with little choice but to leave their homes and travel to urban centers for jobs and access to basic services. The latest figures released from the UN indicate that over 1.1 million Somalis have been displaced from their homes since January 2021, primarily driven by the extreme impacts of drought. Internally displaced people (IDPs) are concentrated in Bay (Baidoa) and Banadir (Mogadishu) regions, and it is anticipated that the increase in influx of IDPs to these areas will continue at a rate of 30-40,000 per month through the end of 2022.

The impact of drought, displacement and increasing economic pressures are deepening the severity of needs and driving the country to the brink of famine and catastrophe. Over 7.1 million people are acutely food insecure, with confirmed pockets of catastrophic food insecurity across 17 districts affecting hundreds of thousands of people (see map). The Somalia Food Security and Nutrition analysis report, released this month, shows concrete indications that famine will occur in two areas in the Bay region (Baidoa and Burhakaba districts) in South-Central Somalia between October and December of this year.

As a result, food insecurity and acute malnutrition are drastically on the rise. Approximately 1.5 million children under 5 are acutely malnourished, with 385,000 at risk of dying before the end of the year without immediate intervention. Nearly 4 million people cannot access enough water for drinking, cooking and cleaning.

Hunger, access to clean, safe water, and adequate nutrition are inextricably linked; a lack of clean water for drinking and sanitation is resulting in increased incidence of waterborne diseases like cholera and acute watery diarrhea (AWD), which can cause/intensify malnutrition and further endanger the lives of vulnerable Somalis, especially children under 5 and those who are already experiencing severe food insecurity and high rates of acute malnutrition.

To ease suffering and stave off famine for tens of thousands, Concern is currently:

Concern is well-placed to deliver these critical interventions. Indeed, we have long been a recognized leader and innovator in the humanitarian aid sphere. Fifty-four years ago, Concern was founded to address famine in Africa. Twenty-plus years ago, we helped pioneer a breakthrough in nutrition delivery that ushered in a steady decline in global starvation rates for the first time in history. Now, with this progress is in danger of being reversed due to the effects of climate change, conflict and Covid, we must step up our efforts, requiring more resources than ever – and thus we must look to past, current and potential partners to help us prepare and respond to once again save lives.

Concern puts a strong focus on coordination with other humanitarian actors, and we are a member of the Food Security, WASH, Health, and Nutrition Clusters, Somalia NGO Consortium, Cash Working Group (CWG), and other Clusters at national and sub-national levels. In ongoing drought response and famine prevention, Concern works closely with UN OCHA; Concern and its local partners are actively participating in districts across the country, including the proposed targeted area. Concern also leverages its strong working relationships and reputation to work closely with other aid agencies to ensure no duplication with other NGOs working in the target location on similar programming and provides regular information to ensure coordination. Concern maintains good working relationship with relevant state and federal line ministries, especially the Ministry of Health as a key partner in Banadir.

Project Leader:
Hannah Mack
New York, NY United States
$17,856 raised of $20,500 goal
You last donated to this project on
190 donations
$2,644 to go
* Amounts in US Dollars
Donate Now
Donate once
Donate monthly
$10
USD
Can provide a month's supply of water purification tablets to a medium-sized family
›
$30
USD
Can give a farming household with a season's worth of certified seeds
›
$50
USD
Can supply a full course of therapeutic food to treat a child suffering from malnutrition
›
$75
USD
Can help a family who has lost everything due to drought with a six week supply of food
›
$215
USD
Can provide training to health worker on focused antenatal care to support new mothers and infants when they are most at risk of malnutrition
›
$625
USD
Can fully outfit and run one kids' Hygiene Club
›
$1,080
USD
Can establish one "Baby Tent", which includes soap, toys, cleaning materials, and water containers
›
$3,500
USD
Village Well - construction and training of the pump repair and maintenance
›

Make a monthly donation & get matched today at 100% while funds remain. Terms and conditions apply.
Give the gift of stability in a time of instability. Set up an automatic, monthly gift now and get matched at 100%—because the COVID-19 pandemic has hurt us all, and it will take all of us to overcome it. Terms and conditions apply.
Monthly giving is as easy, safe, and as inexpensive as a Netflix subscription. Start a monthly donation to Concern Worldwide US today and get matched at 100%. Terms and conditions apply.
$15
USD
monthly
Will provide emergency food for a malnourished child for two weeks
›
$60
USD
monthly
Can provide one carton therapeutic food for children suffering from malnutrition
›
$75
USD
monthly
Provides a family who has lost everything due to drought with a six week supply of food
›
$625
USD
monthly
Can fully outfit and run one kids' Hygiene Club
›
$1,080
USD
monthly
Will establish one "Baby Tent" which includes soap, toys, cleaning materials, and water containers
›