by Jafra Foundation for Relief and Youth Development 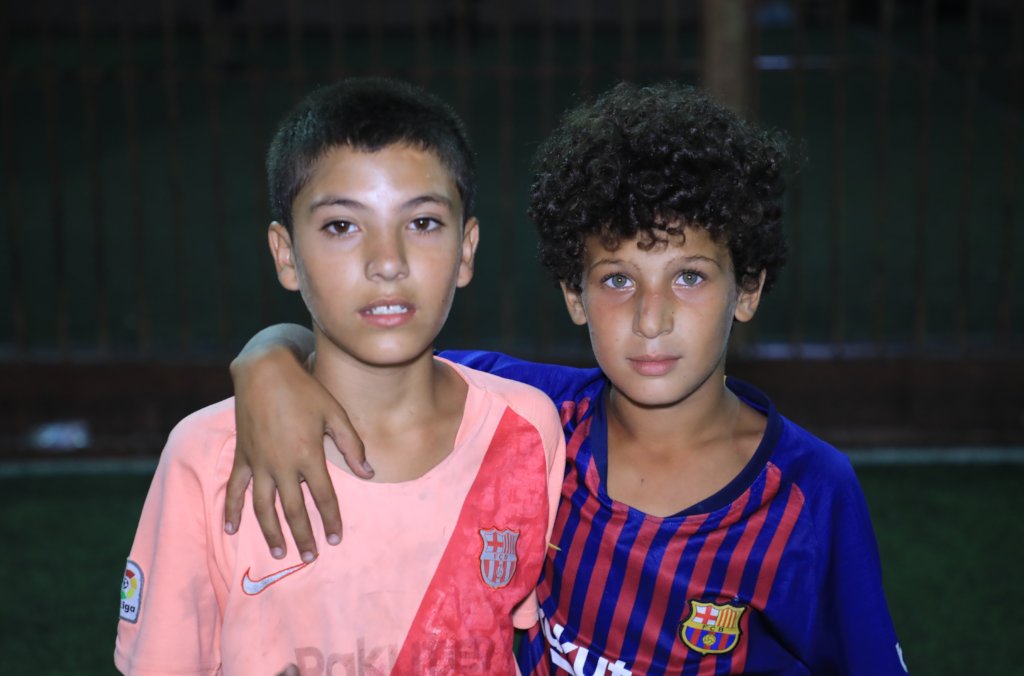 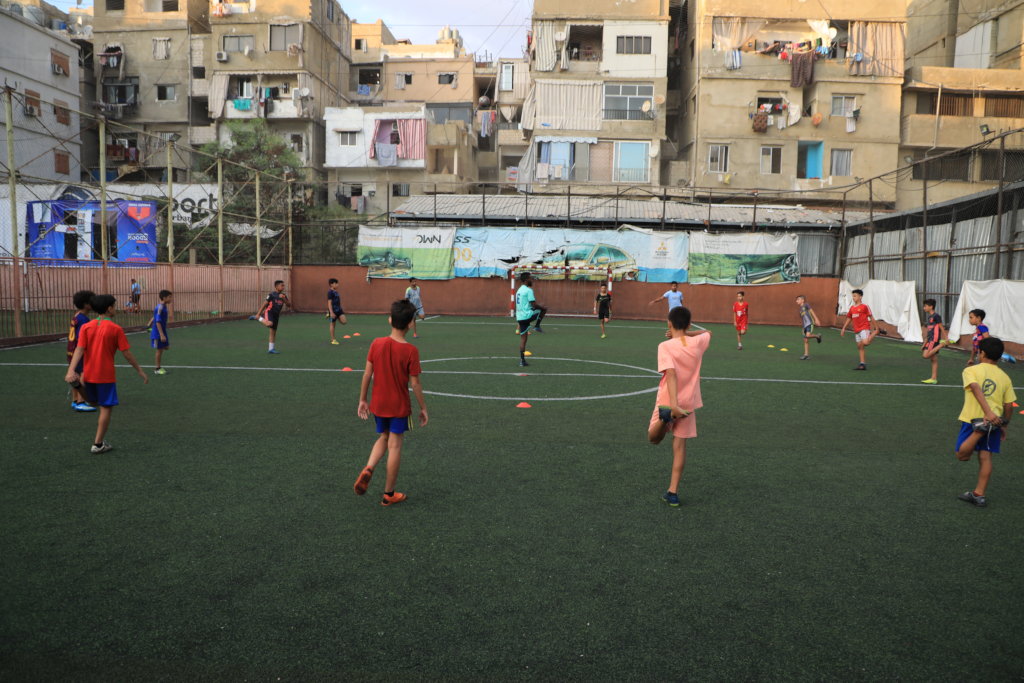 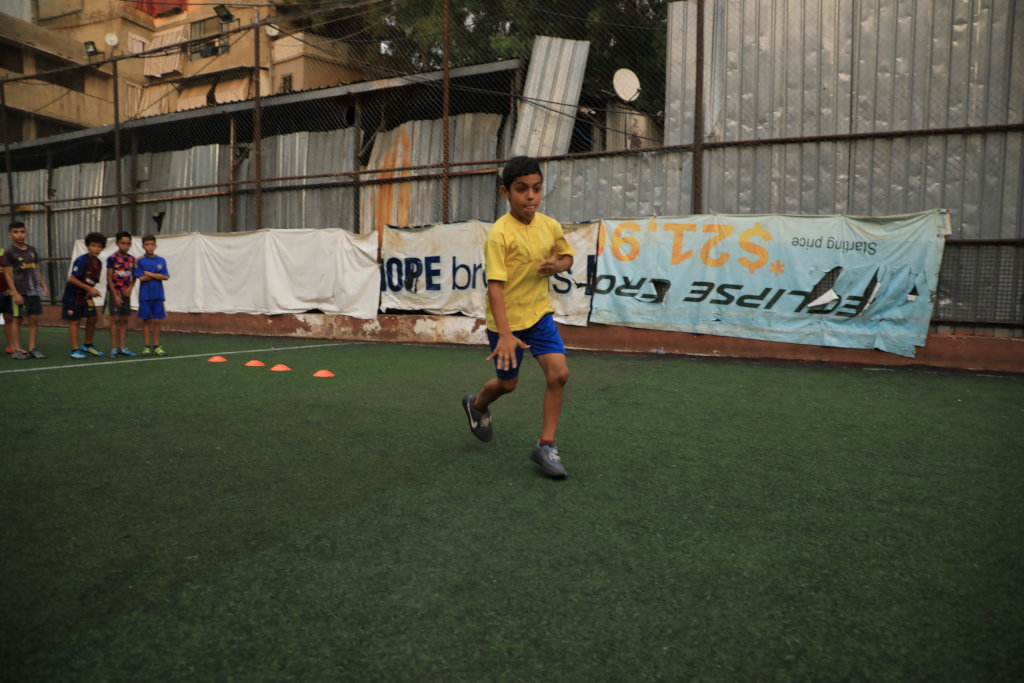 Participation increased-efforts started to pay off 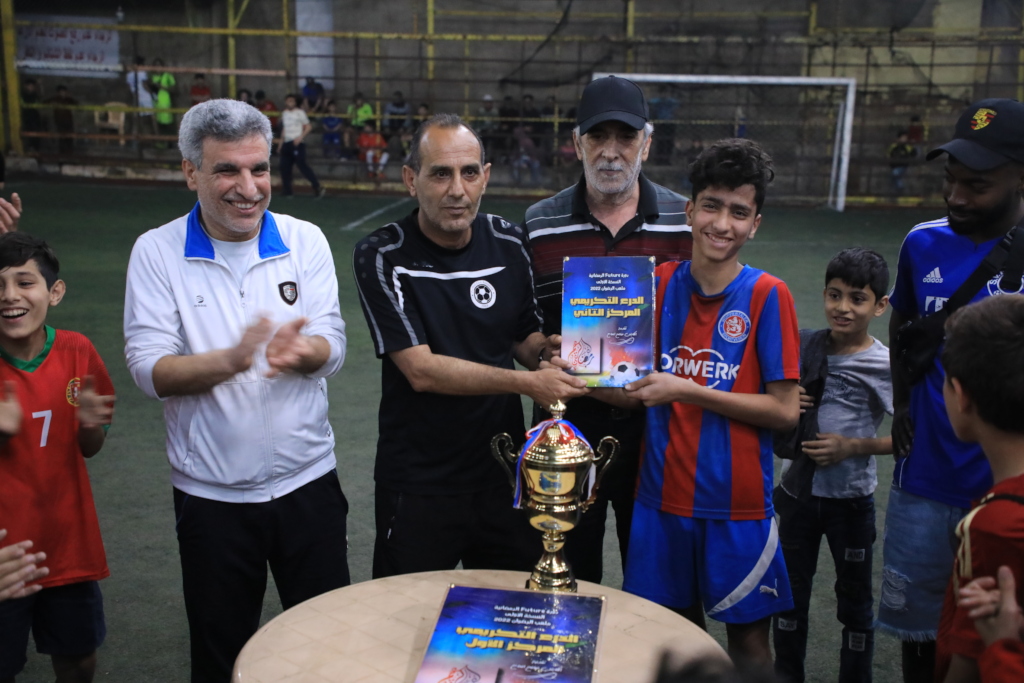 Participation increased, and efforts started to pay off.

An increase in participation has been observed, and team members are becoming more and more connected by the ties of the collective sport in the Palestinian refugee camps where Jafra is actively organizing football trainings, renting football pits for the teams to improve, and hiring coaches to train the young players.

Although teams are eager to compete and aim to win championships, "Rome" was not built in a day. Good level achievement requires patience, effort, and persistence. In the Burj el Barajneh camp, this is especially true for our brand-new Girl Team. The team members are fighting to learn the game's regulations and train like any football player in the world after overcoming roadblocks put up by the few who continue to believe that women shouldn't play football.

Furthermore, when it comes to training, it's important to remember that having the power to kick the football, run for the duration of a 90-minute game, and accurately pass the ball to a teammate demand endurance, force, and precision. Thanks to the several coaches at Jafra, this is learned through rigorous trainings and teamwork techniques.

With more children and youth coming to play and fewer children and youth left alone in the confined streets of the refugee camps, Jafra wants to run the football initiative for a long time, with increased advantages for the community members and the community. Through sport, Jafra seeks to instill in its inhabitants a sense of commitment and active participation in the activities of the camps, thus decreasing the negative coping mechanism particularly common among the youth population. 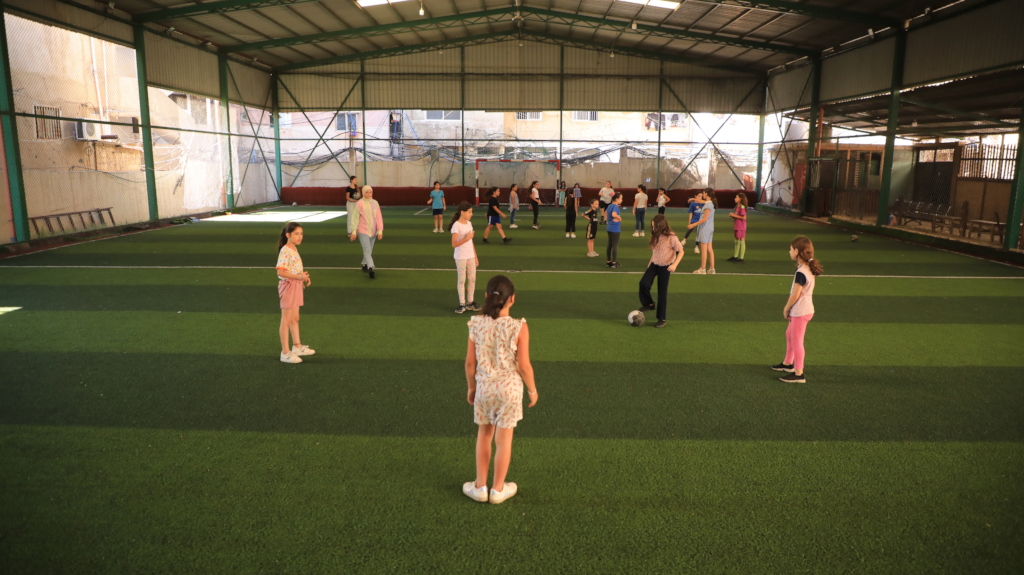 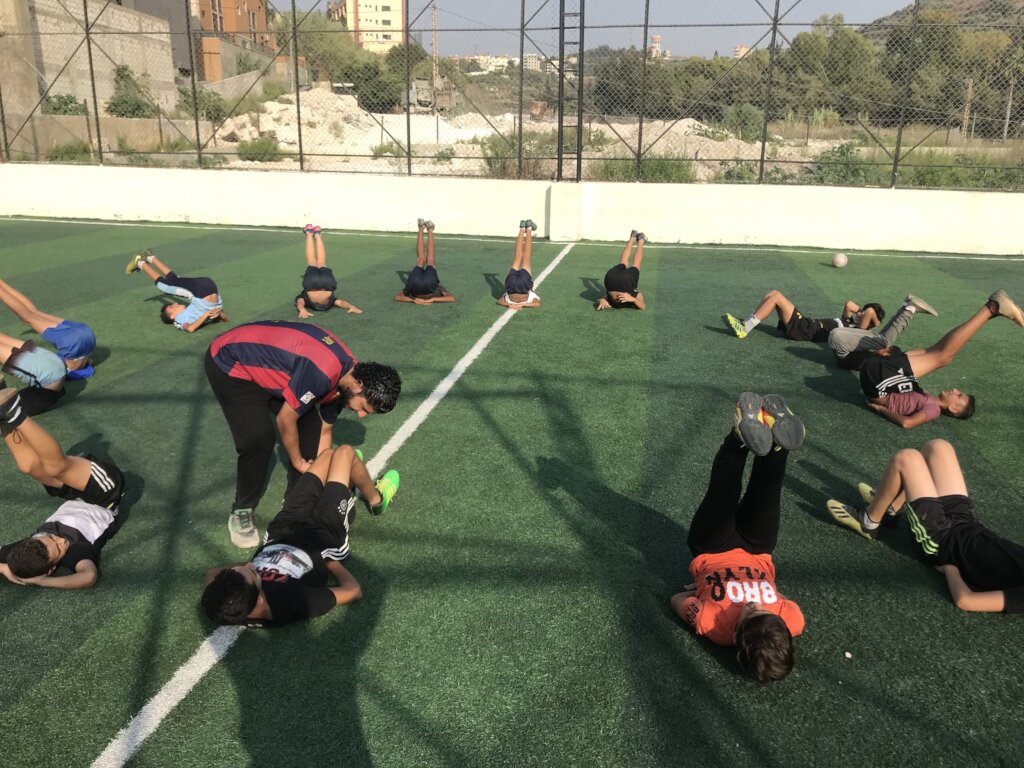 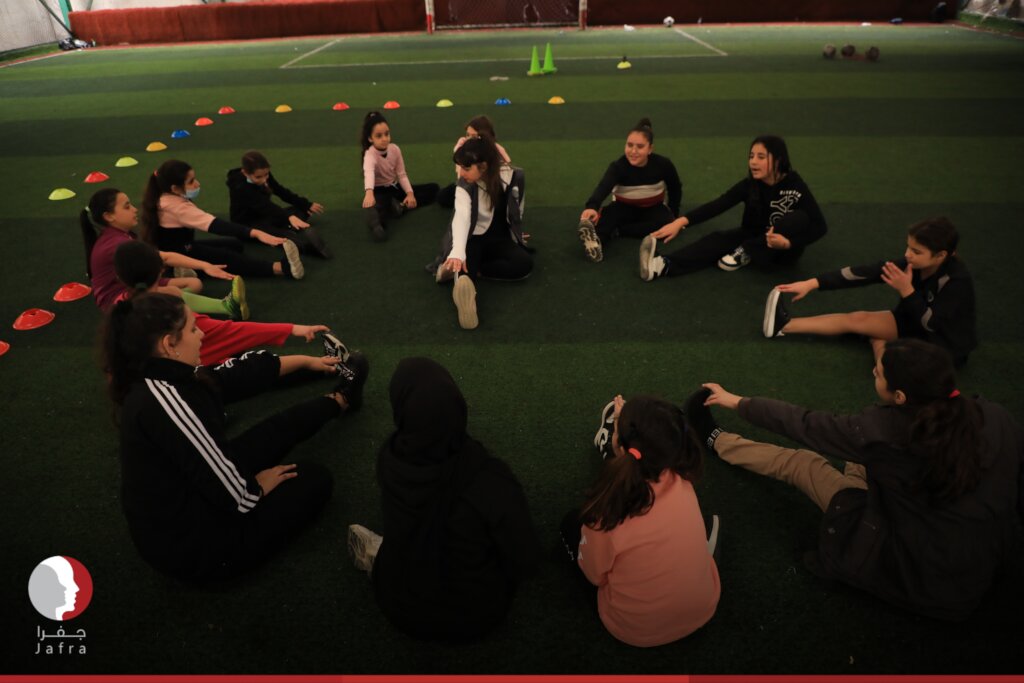 Group Stretching after the Training

Football has been attracting boys and young guys in Palestinian camps and Lebanon in general for generations. Boys sometimes play outside on the streets or in any accessible little space, due to the fact that infrastructure for the sport is not always or not enough present in refugee camps. Girls, on the other hand, are accustomed to engaging in other activities or unfortunatelly no activities at all rather than playing in the streets.

Jafra has now been approached by girls who want to play football and receive the same training as the boys. Jafra has opted to meet demand and is now training its first female team at one of its five locations. The girls' team has its own trainer, and Jafra allows this newly formed group access to the pit.

As for the boys, the girls would require a proper costume in order to establish their team identity and become the camp's first female squad. Jafra also wants to preserve its regular boys' schedule, which means investing more in coach fees and pit renting. Girls' interest in other camps is growing, and Jafra wants to provide them with the opportunity to learn and play football in its five sites. This is where your kind contributions go, with the understanding that renewed financial assistance will allow Jafra football teams, whether male or female, to flourish and expand.

Jafra wants to reach out to more children and young people of both genders, providing them more opportunities to succeed in life by allowing them to participate in sports, which has a positive impact on communities and individuals. 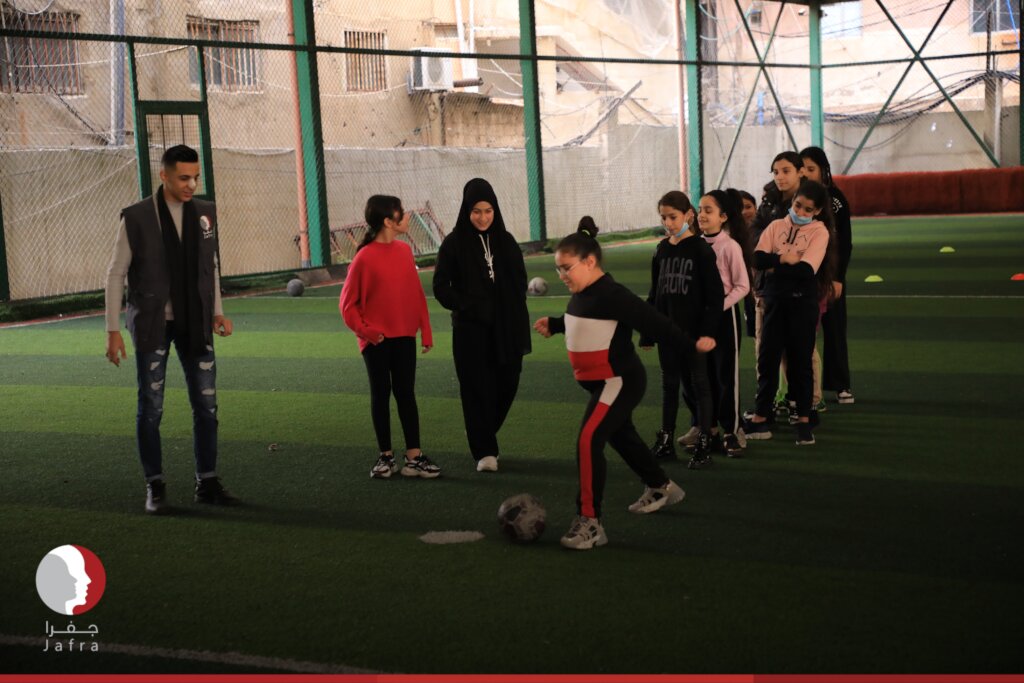 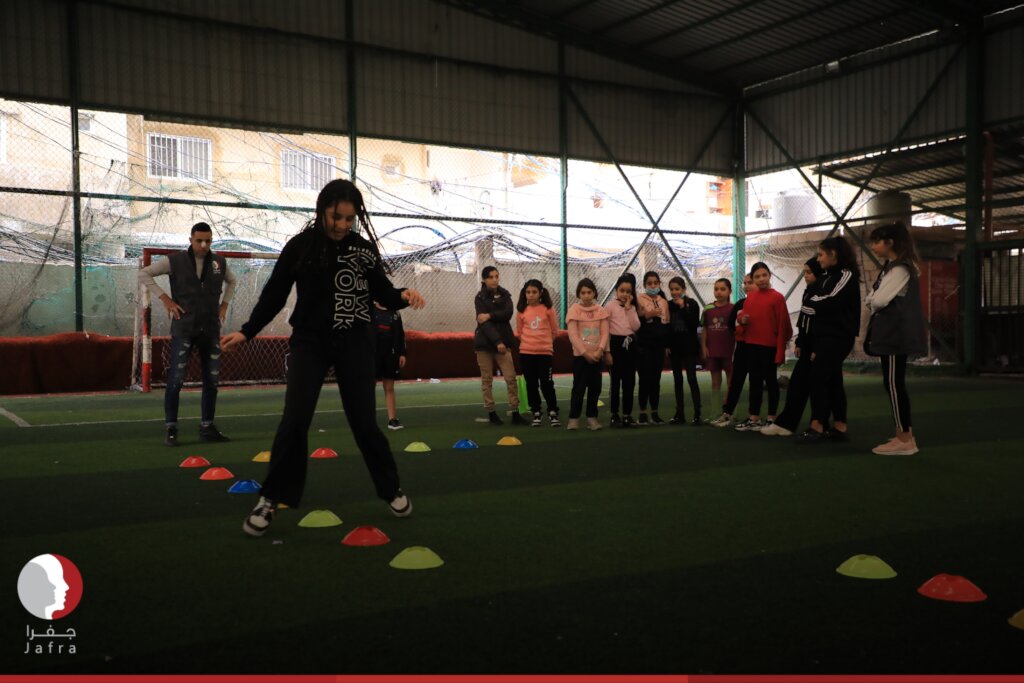 Thanks to you, children of the Palestinian camps are active 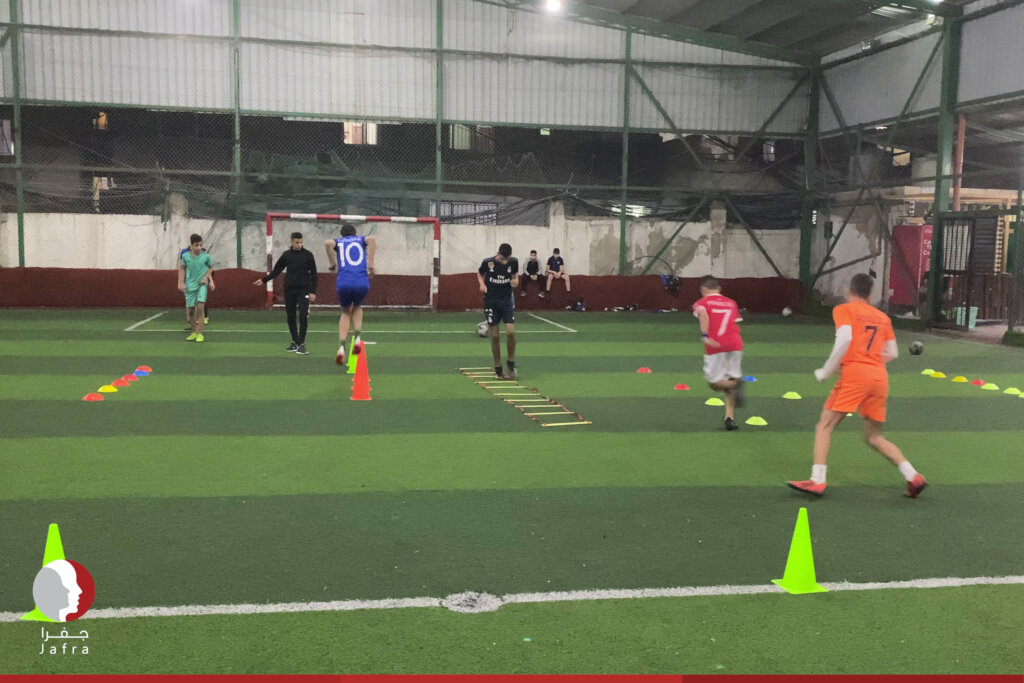 A Jafra football team during training

Through the project aiming to keep the youth and children active by playing football, Jafra reached 100 children and youth in 4 Palestinian camps. Thanks to your generous donations, the football teams could keep functionning despite the calamitous situation in the country. Training tools and balls have been purchased allowing the young athletes to train like professionals.

The action means a lot to the young people and their families, it means more than just playing football. Young people and children feel valued, they have a place to spend their energy instead of going through negative coping mechanisms. Families are grateful that their young people are not left alone in the street. Jafra's football teams compete other teams which gives participants a great sense of belonging and a willingness to keep playing.

To strenghten the action and be able to mobilize more children in the medium and long term, Jafra would need additional financial assistance; football shoes and outfits are the next priorities, as well as to keep renting the football pits & offer refreshments during trainings. Wearing the right shoes will improve children's play while having a team outfit will allow participants to have a better sense of belongings and avoid mechanism of discrimination between team members.

Your contributions help the younger generations of the camps to remain positively active. 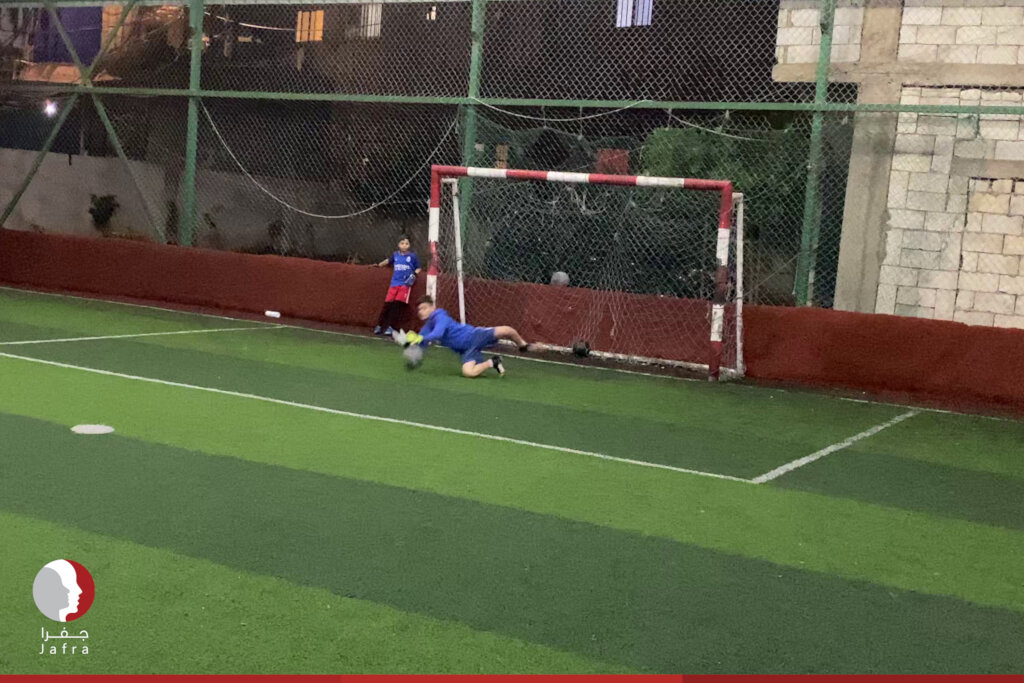 Donating through GlobalGiving is safe, secure, and easy with many payment options to choose from. View other ways to donate
Jafra Foundation for Relief and Youth Development has earned this recognition on GlobalGiving:

GlobalGiving
Guarantee
Donate https://www.globalgiving.org/dy/cart/view/gg.html?cmd=addItem&projid=53288&rf=microdata&frequency=ONCE&amount=25
Please Note
WARNING: Javascript is currently disabled or is not available in your browser. GlobalGiving makes extensive use of Javascript and will not function properly with Javascript disabled. Please enable Javascript and refresh this page.