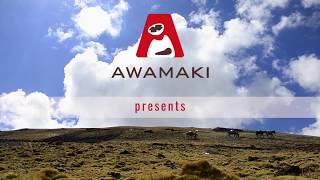 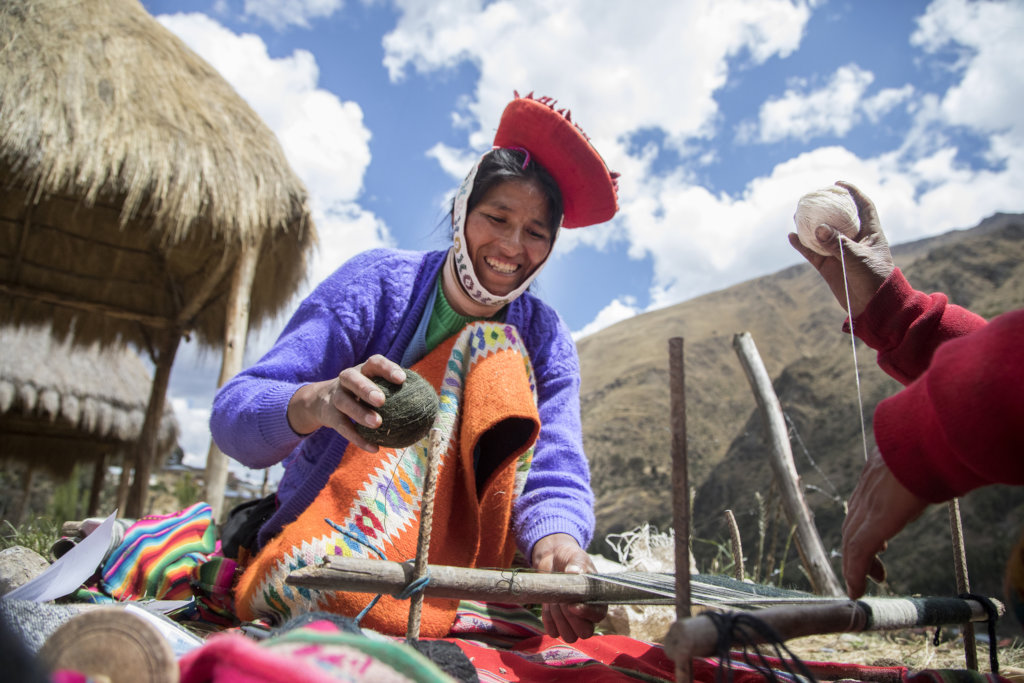 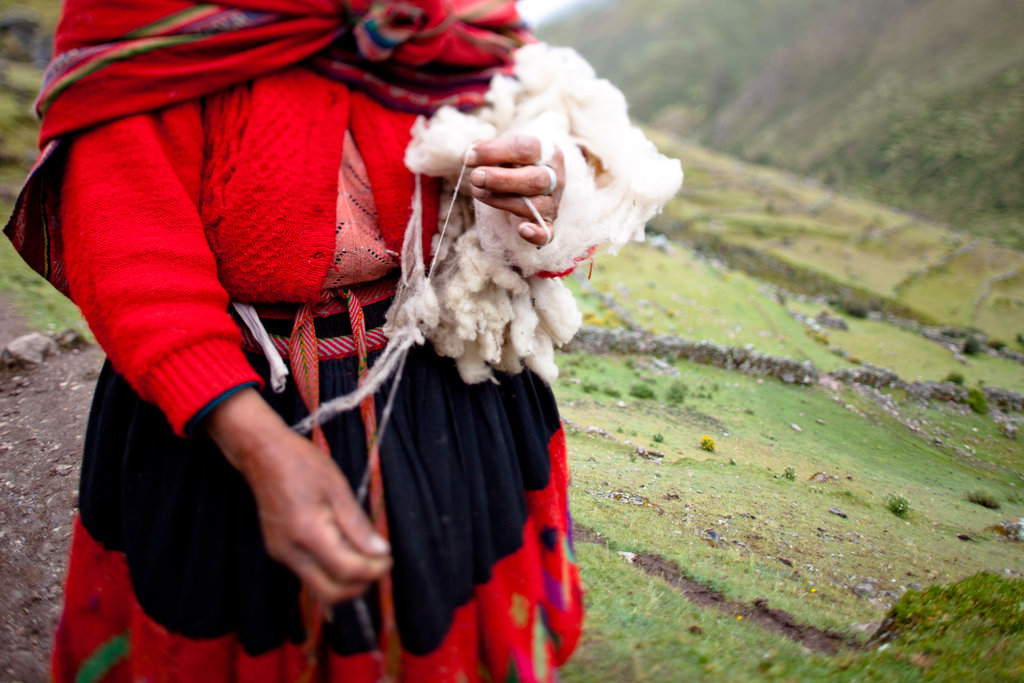 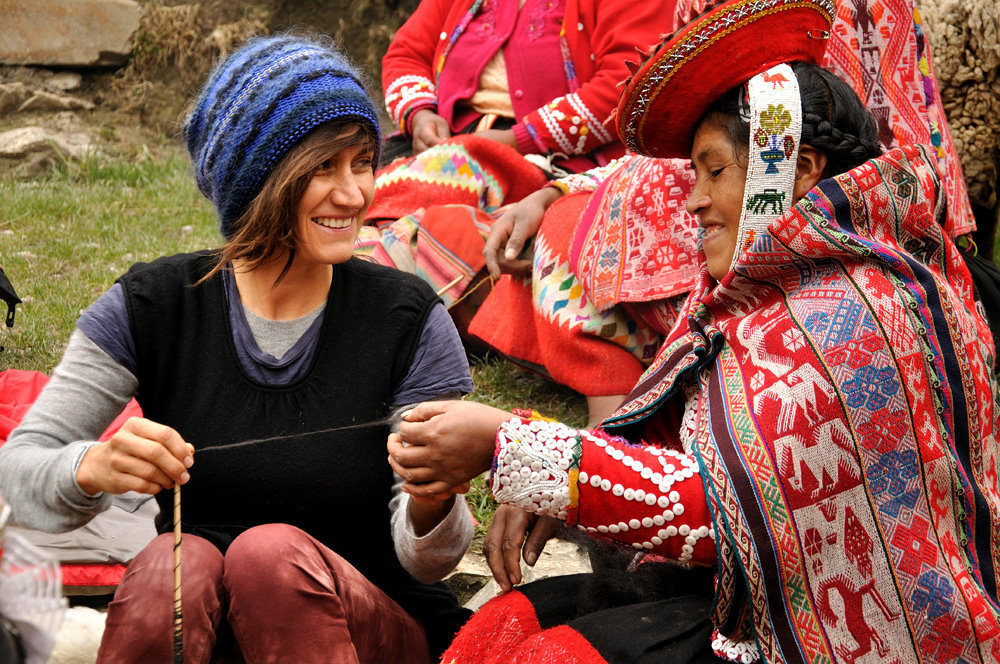 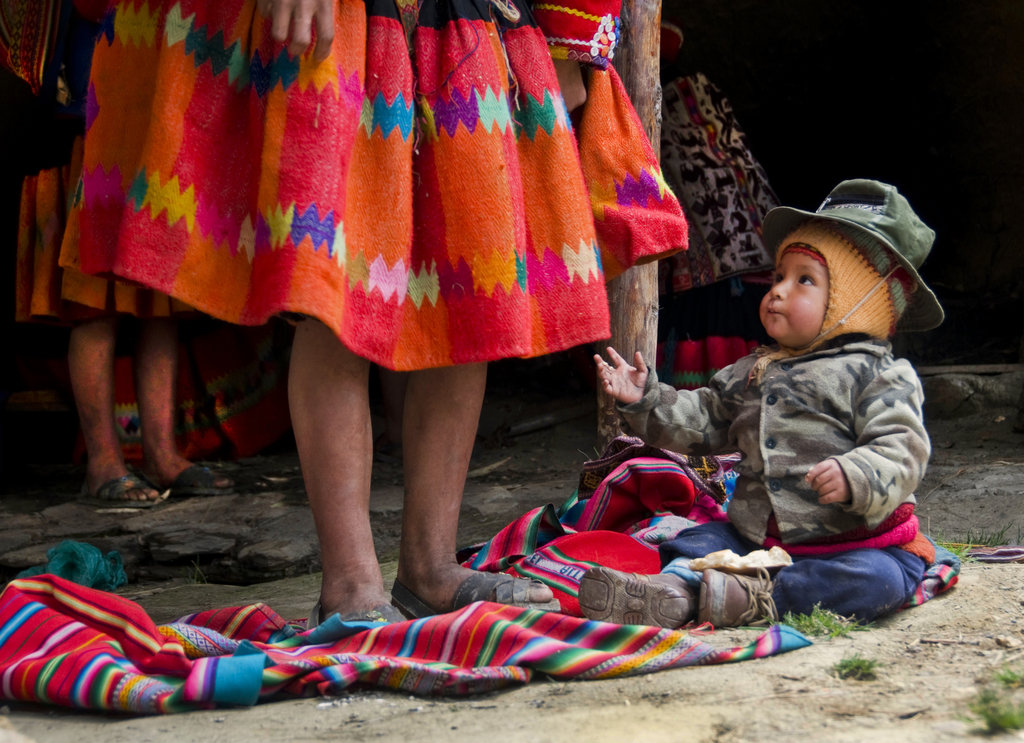 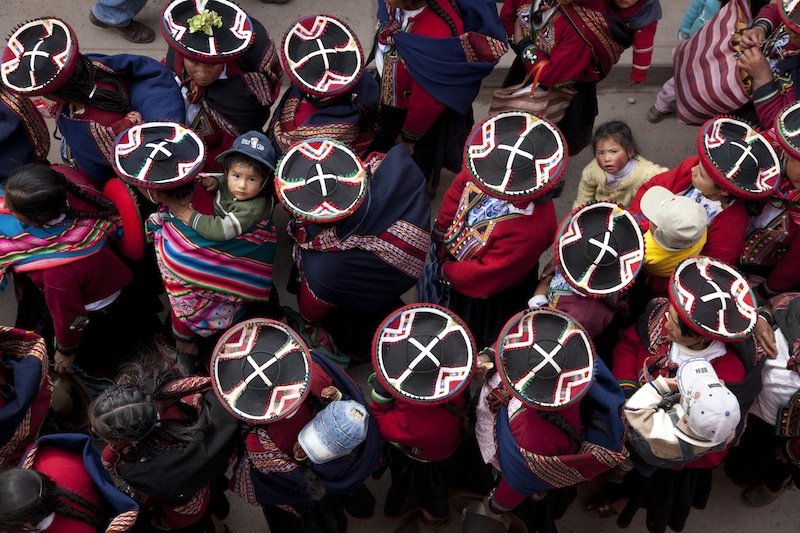 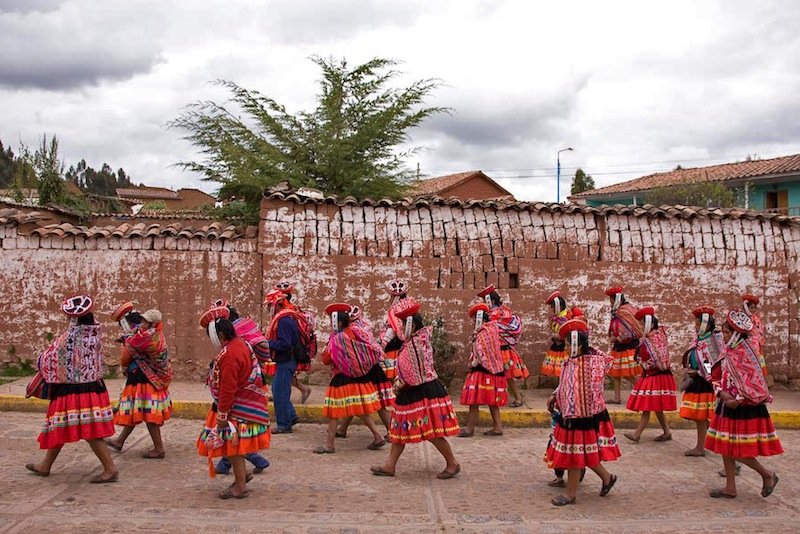 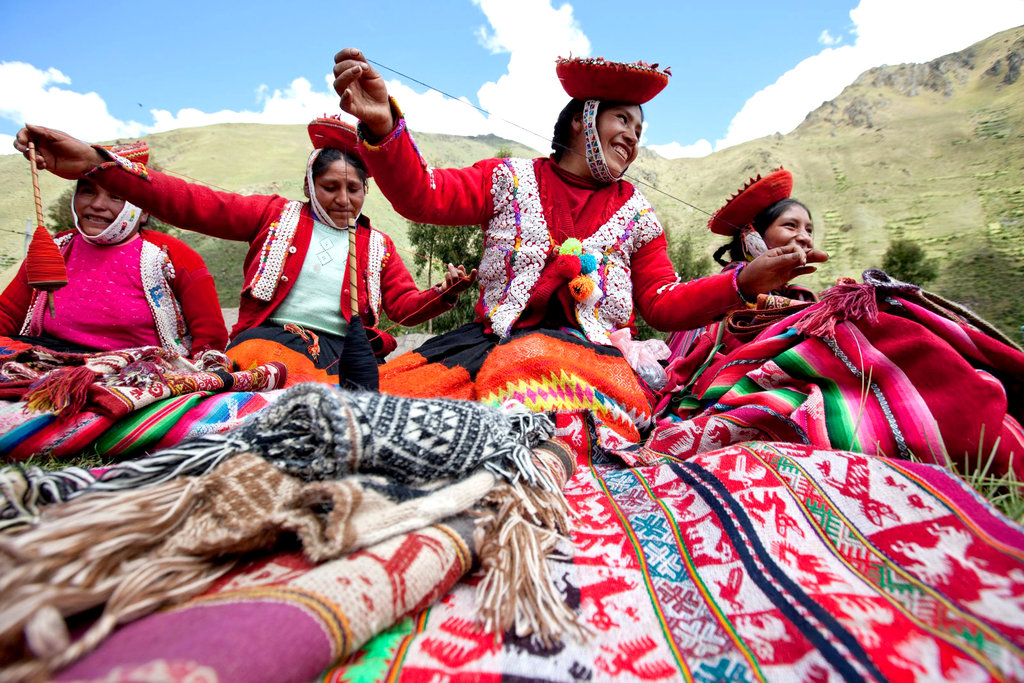 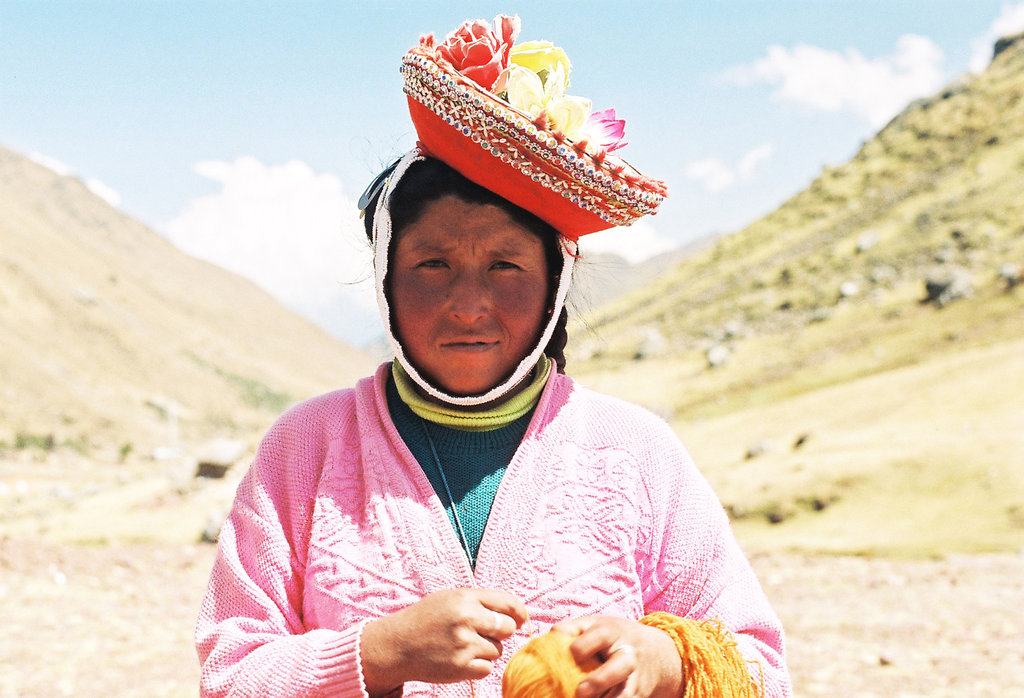 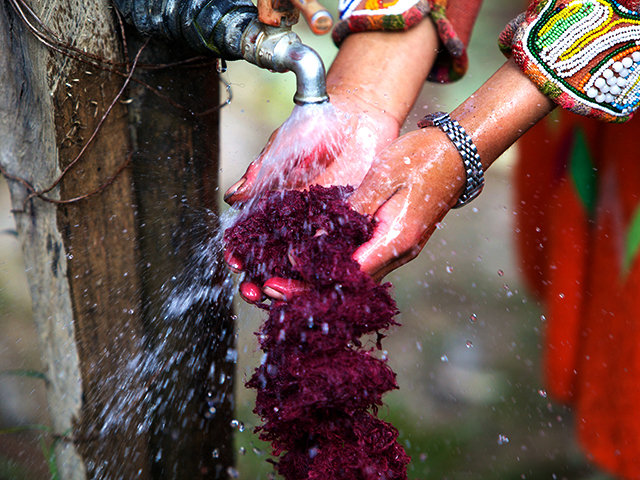 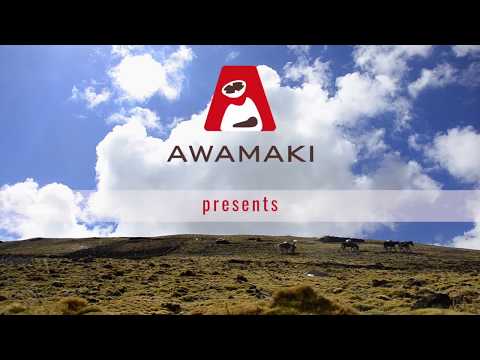 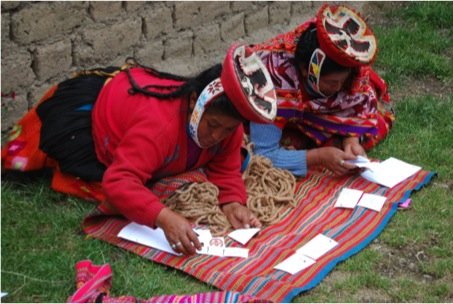 What's changing in Patacancha? What is the impact you see? How is life different in the households where the women you work with live?

Just the other day, a former volunteer who is now a college senior doing a thesis asked me these questions. We get asked this a lot, and sometimes we have to tell the awkward truth: We don't always know. We aren't in the households. Indigenous communities aren't very open to outsiders, and we don't always see what goes on behind the scenes. We are really busy running an ambitous project on a shoestring budget. We don't always take the time necessary to find out the answers. It's not pretty, but it's true.

Except sometimes, we get some wonderful volunteers to come and help us out! This past week, our volunteers Merel and Jessa ran a three-hour workshop in the community of Huilloc that they spent weeks preparing. This is their account. Spoiler alert: It's fabulous.

Because we wanted this presentation to be a fun and interactive activity, we designed exercises in which the women had to draw, arrange pictures, or discuss a number of questions amongst themselves in small groups.  During the discussions and exercises they told us that since their involvement with Awamaki, gender roles have been changing in their households. Men, for example, help them with the spinning of wool, and they take care of the children and cook for the family when the women are busy working. When asked if they liked this change, the women started laughing shyly and then all said: yes! Before, women used to help their husbands on the land and were the sole caretakers of their children and responsible for all domestic chores. They explained that because of their own work, and their own income, they are less dependent on their husbands. They also said they liked contributing to their household expenses, and nearly all of them named their children's education as their most important expense for their new income.The women also said that before working with Awamaki, they did not use natural dyes, only synthetic yarn. They also said that they have learned to make different types of clothing and accessories. Before, their skills were limited to making ponchos and shawls, traditional wear just for themselves. They said that now, they have better and more varied food, more clothes and the ability to build better houses. When we talked about the future, the women said they want to grow as leaders. "I want to learn to speak in public with confidence," one woman said. Several women explained that they are afraid to express themselves because sometimes in their community, men laughed at women when they said something in public because they stumbled on their words.Your donations have made these changes possible. Workshops like the one that Merel and Jessa ran--with all the supplies, transportation, snacks and staff help--are entirely funded by your contributions. We couldn't do this without you.

We wish we could invite you for a cup of coca tea and a visit to the communities, but we know that most of you live very far away. So we made a short video to bring you on a virtual visit. We hope it inspires you to come for a real visit in the new year! 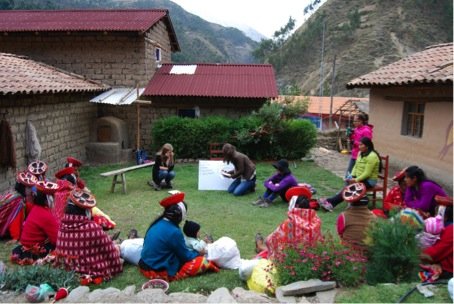 Merel and Jessa running the workshop 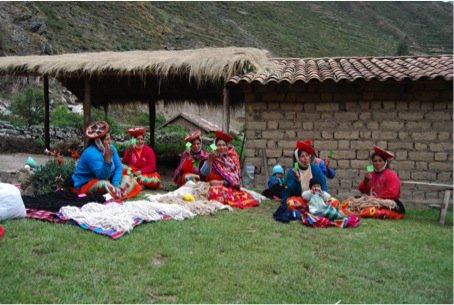 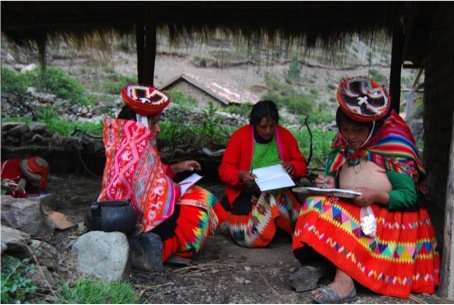 Project Leader:
Mary Kennedy Leavens
Ollantaytambo, Cusco Peru
$33,377 raised of $38,000 goal
You last donated to this project on
594 donations
$4,623 to go
* Amounts in US Dollars
Donate Now
Donate once
Donate monthly
$10
USD
Buys bread to bring to the artisans during our workshops.
›
$40
USD
Pays for one hour of professional training for the women on administration, organization and leadership.
›
$50
USD
Pays for one day of a construction supervisor to help make improvements to the artisan cooperatives' craft centers.
›
$150
USD
Pays for a full day of professional training for one cooperative in business, administration, organization and leadership.
›
$200
USD
Pays for two weeks of room and board for a volunteer photographer to take photographs of the artisan's work so their products can be listed and sold online.
›
$250
USD
Covers one month of transportation to support all nine cooperatives.
›
$500
USD
Offers a full year of training to a woman entrepreneur.
›
$1,000
USD
Pays for a three-part series on business administration so that a cooperative can learn to manage its own inventory, payments and orders.
›
Make a monthly donation & get matched today at 100% while funds remain. Terms and conditions apply.
$10
USD
monthly
Funds one artisan's participation in a workshop. on dyeing with plant dyes.
›
$30
USD
monthly
Will cover a year's worth of training in financial literacy and business planning for one artisan woman.
›
$50
USD
monthly
Pays for monthly transportation costs to visit an artisan cooperative for trainings and meetings.
›
$100
USD
monthly
Funds a year's worth of materials such as yarn and office supplies for an entire artisan cooperative to participate in skills building programs.
›
$400
USD
monthly
Pays for training workshops on business, color techniques and techniques of weaving.
›
$450
USD
monthly
Allows us to begin working on training a new sustainable tourism, weaving or knitting cooperative.
›
$1,000
USD
monthly
Anywhere between $600-$5,000 provides kitchen appliances, gas, cement, windows, a door for a weaving center.
›
$1,500
USD
monthly
Will pay for one to two days of necessary work to improve our weaving center.
›