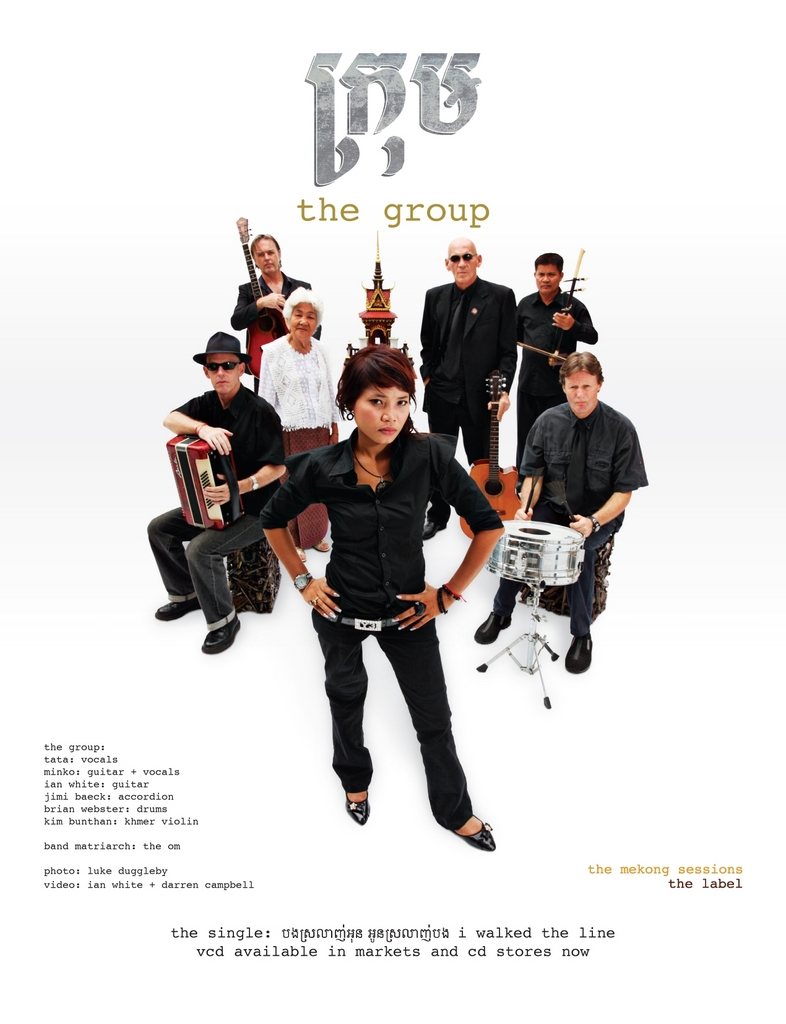 krom  (the group) release first single, i walked the line: A project of the CNVLD

" Raising awareness of the ability of Cambodian persons with a disability"

I walked the line, the debut single from krom was put on general release on vcd format in music stores across Phnom Penh, Cambodia on

The single has also been released for free download online at the Mekong Sessions You Tube site via the link: http://www.youtube.com/user/themekongsessions?feature=mhum

Built on a Kottkesque roll with Khmer+ English vocals and instrumentation, krom are the first band to debut on the newly launched Mekong Sessions label.

krom vocalist; Tata, a Cambodian woman with a disability expressed the desire for krom to act as a catalyst for more singers with a disability to gain greater employment opportunities in the entertainment business.

krom have released little information regarding future material or performances only hinting that their next single; a wee boogie called “ prahok”  will be released in six months.

“Elusive, Exclusive and Reclusive” is the band motto and try as we might we can do nothing to change that,” a spokesman close to krom stated on condition on anonymity yesterday.

The single: i walked the line