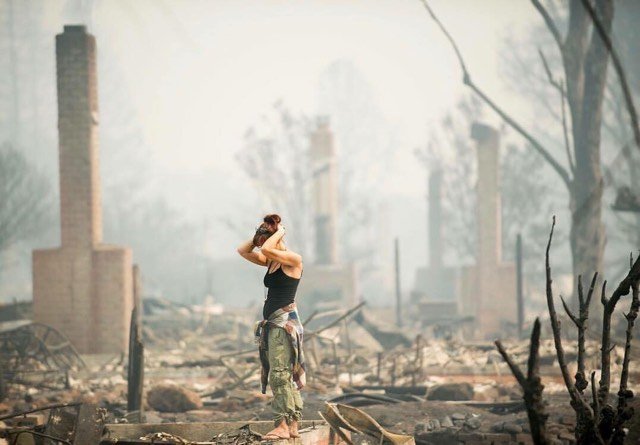 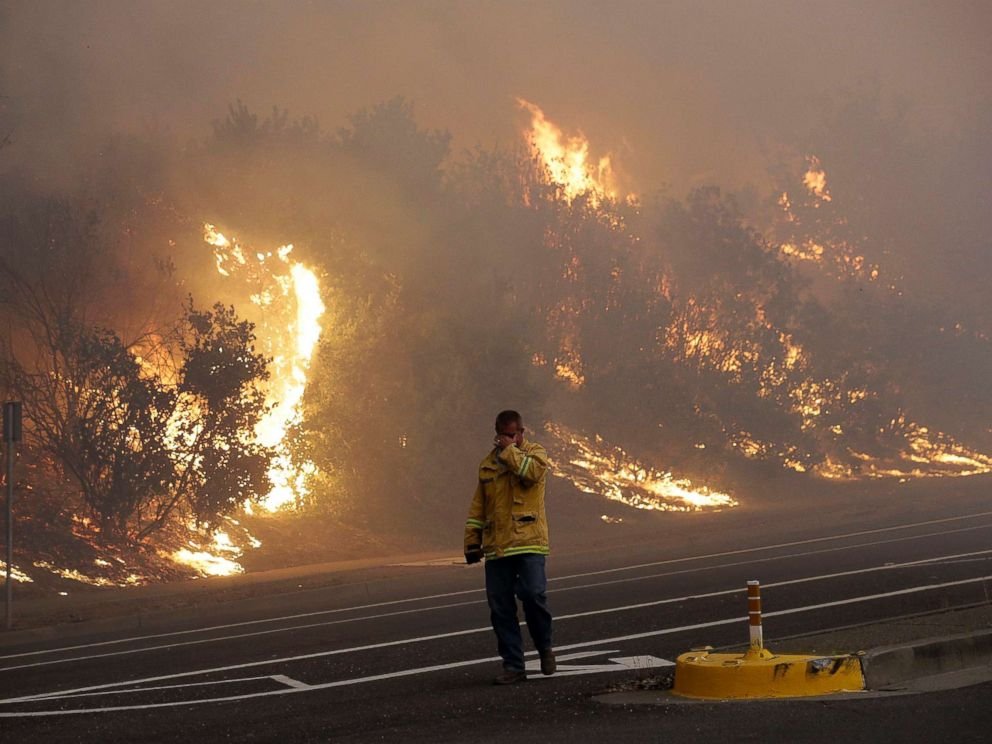 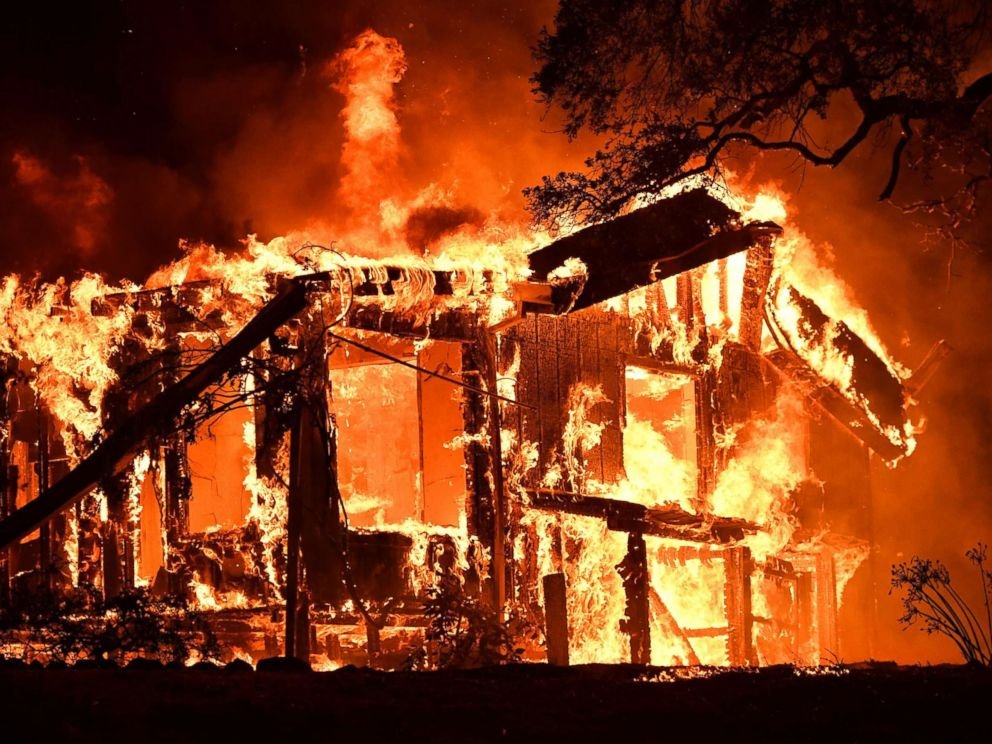 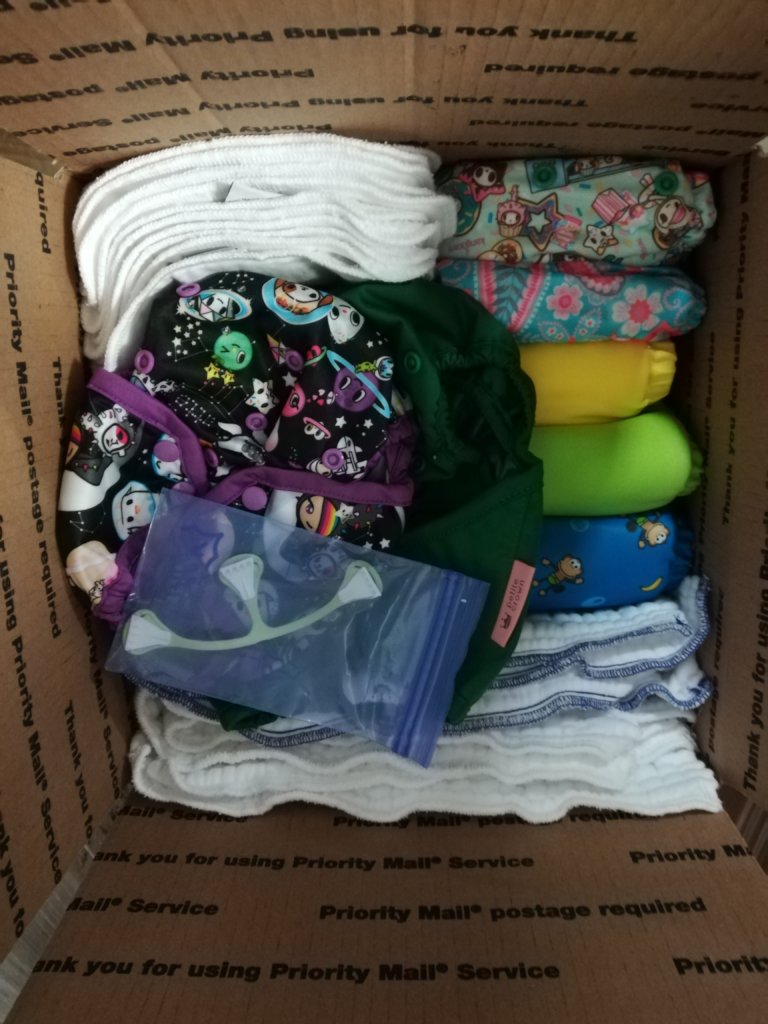 When their house went up in flames, their youngest was just 2 months of old. While some structures on their property were lost, the home building is salvagable - but getting there is another story.

Without help from FEMA, the mother tells Fox12 news she needed to work with her insurance. While the family of 5 took to living in an RV, she started making phone calls.

"Our estimates were even from other contractors to fix the house was coming in at about 60K," she told Fox12. "With cleaning, about $70,000 and insurance initially offered us $4,000."

It took about 3 months befpre they were able to work things out with the insurance company, and work on getting back in their home.

In the area, cleanup efforts are still underway. Officials have started tree cleaing efforts in Oregon to remove dead and damaged trees as part of the Oregon Wildfire Recovery Debris Management Task Force effort to provide cleanup in the eight affected counties, according to local news. This work prepares the area for redevelopment and revitalization.

To date, we've sent 716 cloth diaper changes to serve 30 babies affected by these fires; these items have a retail value of $10,377.25. Cloth Diaper kits are distributed through our Network of Hope partner, Salem Cloth Project. 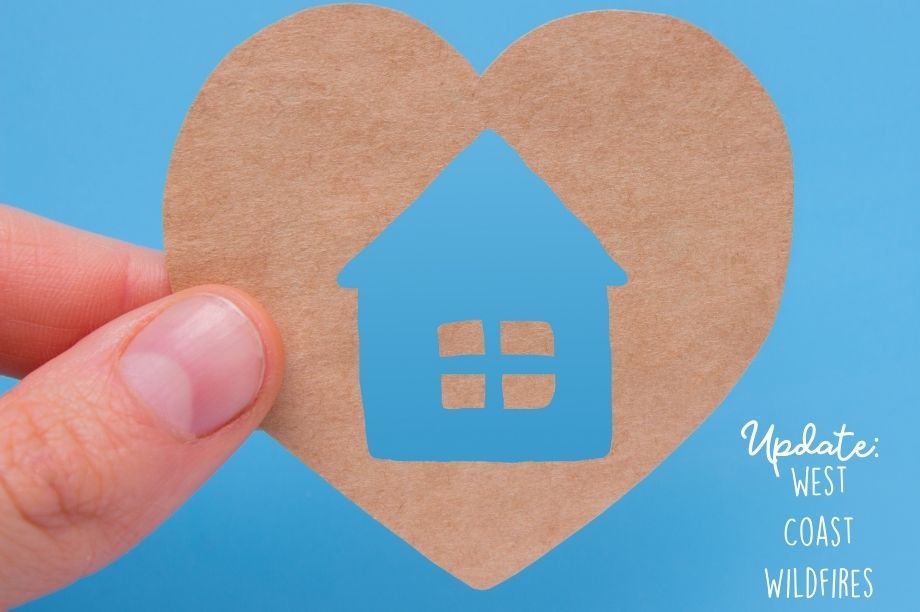 Wildfiresin the Salem, OR, destroyed many parks and campgrounds, a concern as the risk for erosion causing landslides could impact the water quality locally.

The areas surrounding the wildfires, including Salem and Portland, experienced extremely hazardous air quality for two weeks, Kaileigh said. The Air Quality Index was between 500-600, when healthy is considered to be 0-60. Many businesses closed for multiple days for health and safety reasons; on top of closures related to COVID, these situations have been very hard hitting for local small businesses.

“During the time of fires when the air quality was at its worst, our unsheltered neighbors were also impacted,” Kaileigh said. “In Salem, there are thousands of unsheltered individuals, some of the most vulnerable of our population, that were stuck outdoors without protection from the hazardous air quality. Salem Cloth Project worked with a grassroots group called Free Fridge Salem to help collect and distribute masks and food to our unsheltered communities. But it was clear that these individuals were hit hard.”

Though the impact of these wildfires is far from over, and the COVID-19 pandemic continues to spread like wildfire - Kaileigh said she feels inspired by the community that has surrounded those in need locally.

“While the results of these fires have been truly devastating, it is also really inspiring to watch people and agencies in the community coming  together,” she said. “There is so much collaboration, overwhelming donations, and so much support out there. It is very touching and what I hope will be a shift in culture for our community. Almost every small business in town, despite their own hardships, have provided donations, space or support in some way.”

STORY: 'I could tell how scared the kids were' 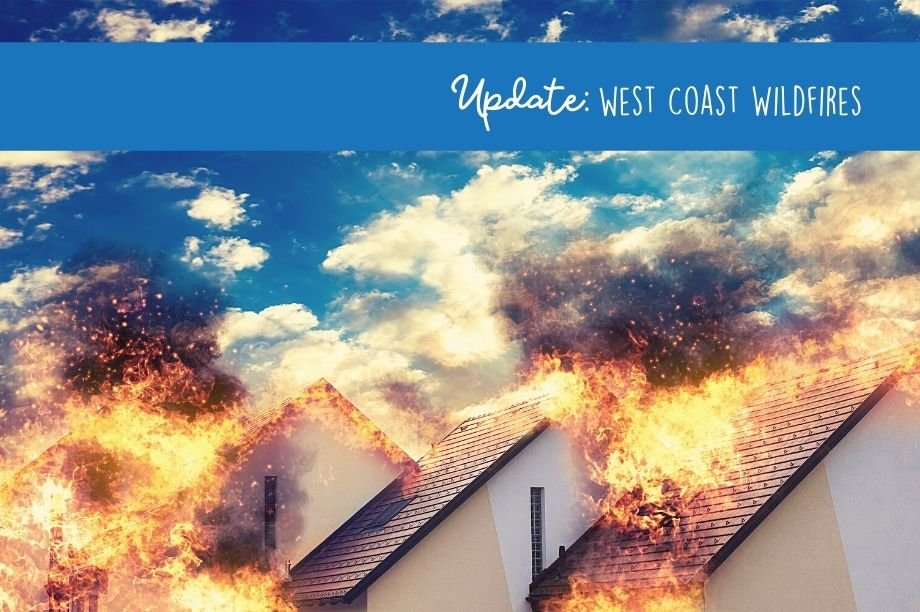 Stephanie, a board member for the Salem Cloth Project, worked in the Emergency Operations Center during the fires. Here’s her recount of the experience:

"On Labor Day, I had my sister and her family over for a BBQ. As the day wore on, the sky gradually filled with smoke. I was confused as to what it was, but honestly didn't think much of it.

“When I woke up for work on Tuesday morning, I read about what had happened in the canyon. I saw that places that my loved ones lived had been issued evacuation orders. I read that some towns had been completely burnt to the ground. I was mortified.

“I went to work, at our county public works office, and had a really difficult time focusing on my normal job. I felt I needed to be helping or doing something. While I was working that day, my sister and her family evacuated to my house.

“When I got home, my tiny house was full of family and dogs - normally this would energize me, but I could tell how scared the kids were and the vibe was really tense. The next day was the same - tense, scary, not knowing what to expect, worried about all those who had been affected.

“By the end of the day on Wednesday, my help in the Emergency Operations Center was requested. Beginning Thursday, I worked in the EOC for over two weeks. I saw first-hand the stress, the emotions, the desire to help everyone at once combined with a lack of resources. The first few days were 13+ hour days. While they were full of sad stories and uncertainty, they were also full of hope. It's funny how an emergency really shows you what people can and are willing to do for each other. Everybody banded together and gave their all for their community. It was truly touching.” 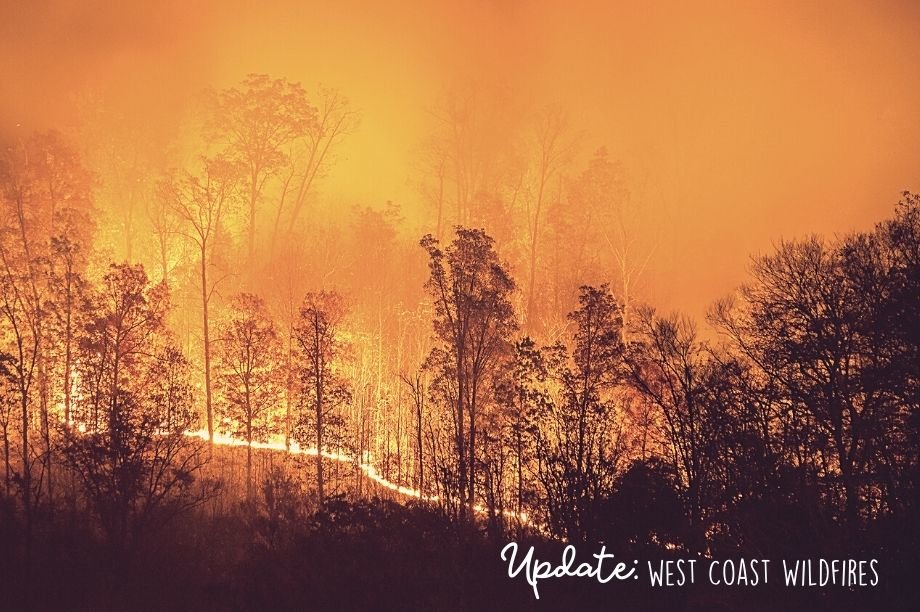 As the seasons shift from summer to fall and further into winter, darkness noticeably lingers longer each morning. This natural transition is a reminder of the cold days to come.

But for many on the west coast, this unexpected darkness was caused by a startling reality: wildfires swept Oregaon early September, causing devastation for thousands of people and an eerie hue that lingered for a week.

“On the first day of the fires, I accidentally slept in until 8am,” said Kaileigh Westermann, speaking about the early September wildfires in Oregon. “When I woke up, it was still dark outside as if it was 5 a.m. For a whole week, the house was completely dark and when you looked outside, it was like there was a sepia toned filter on everywhere. It was dark at 3:30pm and ash was visibly falling from the skies like snowflakes.”

More than 920,000 acres have burned as of Oct. 9, 2020, according to the State of Oregon Fires and Hotspots dashboard. Salem, OR, is the second most populated city in the state (after Portland) with a population of about 180,000 people, and of those living below the poverty line, Kaileigh said. The local area that burned was historically timber-based and much of it had been turned into recreational spaces; the fires ruined more than a dozen parks and campgrounds.

These areas were also home to many very low income people, she said, many without homeowners' insurance or renters' insurance. The county already struggled with a housing shortage before this incident, which destroyed more than 700 homes.

Kaileigh runs the Salem Cloth Project, a nonprofit that sells reusable cloth items in order to raise funds to purchase cloth diapers for people in need in the community. The mission is both to help the low income families in the area as well as reduce the negative environmental burden of disposable diapers. Salem Cloth Project is one of Jake’s Diapers Diaper Drop partners.

“The impact has been enormous,” Kaileigh said. “We lost over 1,000 structures in our county. We lost entire towns. We've lost at least 5 lives, including one of a 13 year-old boy. At one point, there were over half a million people in the state of Oregon evacuated from their homes (the population of Oregon is only about 4 million).

“Even now, weeks later, we have over 700 people in our county still displaced. The fire became a threat to life and property so quickly that many people are traumatized. On the evening of Labor Day, people went to bed under no sort of evacuation orders whatsoever and were awoken in the middle of the night being told that they needed to leave immediately. These areas were fairly remote and attracted people that enjoyed that kind of lifestyle. These people will likely have to relocate to the city, at least temporarily, and therefore suffer emotional hardship as well as financial hardship. As we have seen with other natural disasters, this will likely result in trauma for all of those involved, both directly and indirectly.”

How Will COVID-19 Impact Wildfire Season 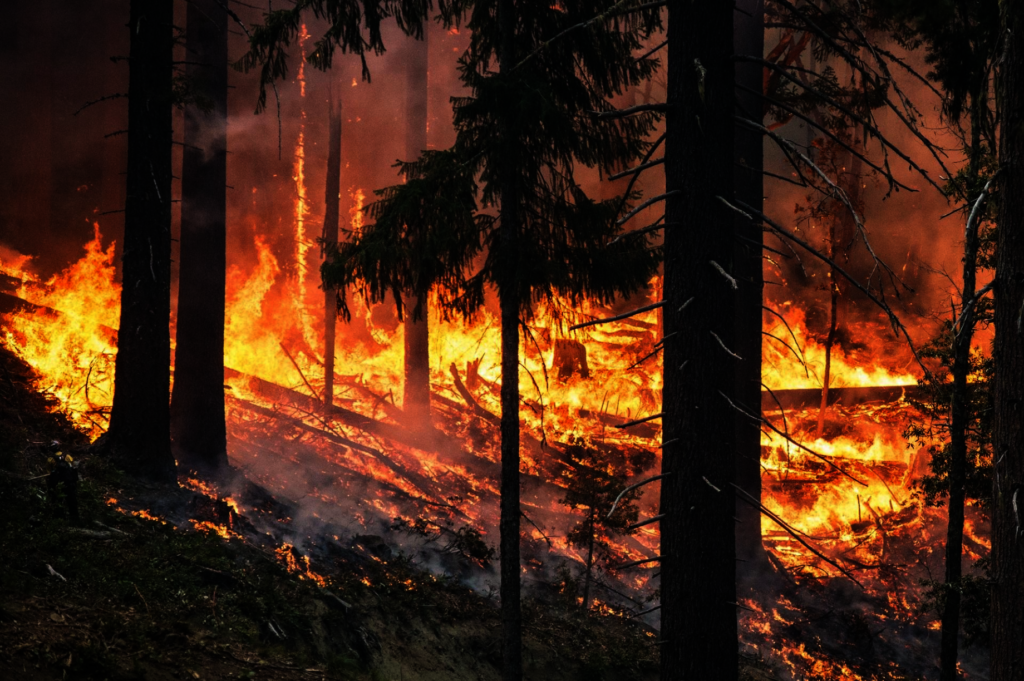 Wildland firefighting often involves large groups of people, from multiple states, working together to extinguish the disaster - under conditions that do not allow social distancing and other CDC best practices.

“These conditions mean that COVID-19 could spread rapidly through a firefighting crew as well as through temporary shelters that house wildfire evacuees,” according to an article on the Sierra Club’s national magazine website. “Inhaling smoke will make firefighters, evacuees, and anyone downwind more vulnerable to the virus—and a nationwide shortage of N95 masks, which filter smoke particles, means that residents will have a harder time protecting themselves from smoke inhalation.”

Strings of wildfires are burning across Northeast California, according to MyNews4.com, and while firefighters were having success officials worry about pending weather.

At Jake’s Diapers, our hygiene product programs provide essential supplies to people in need during times of disaster. We’ve seen a drastic increase in demand since COVID-19 hit locally, and continue to offer national support to those in need.

Thank you for your support of our programs as we all continue to navigate this unknown territory. Everyone is just one disaster away from poverty, and your support makes a big difference during such a difficult time for those affected. 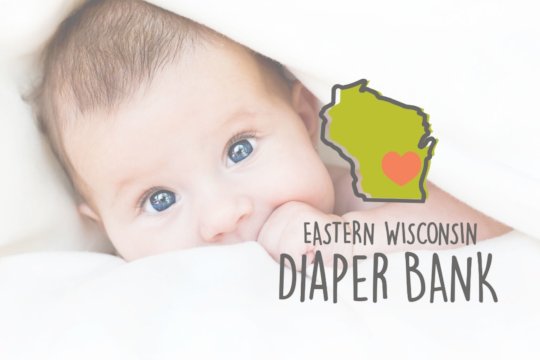 GlobalGiving
Guarantee
Donate https://www.globalgiving.org/dy/cart/view/gg.html?cmd=addItem&projid=30071&rf=microdata&frequency=ONCE&amount=25
Please Note
WARNING: Javascript is currently disabled or is not available in your browser. GlobalGiving makes extensive use of Javascript and will not function properly with Javascript disabled. Please enable Javascript and refresh this page.