by Association for Aid and Relief, Japan (AAR Japan) 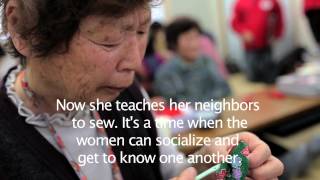 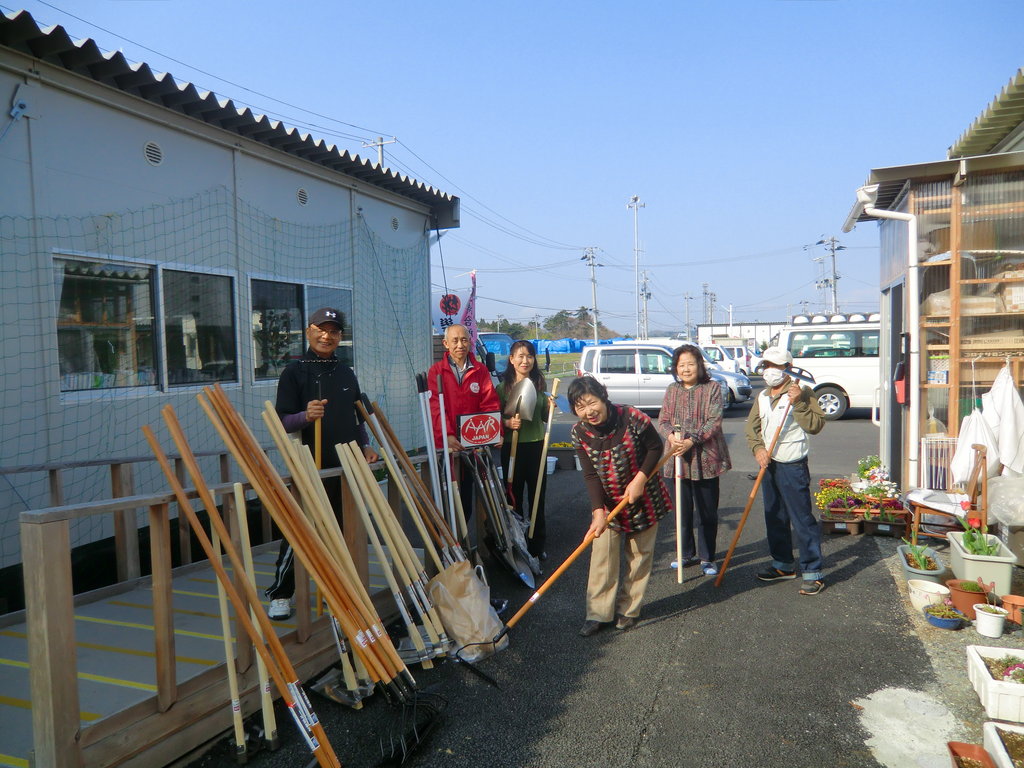 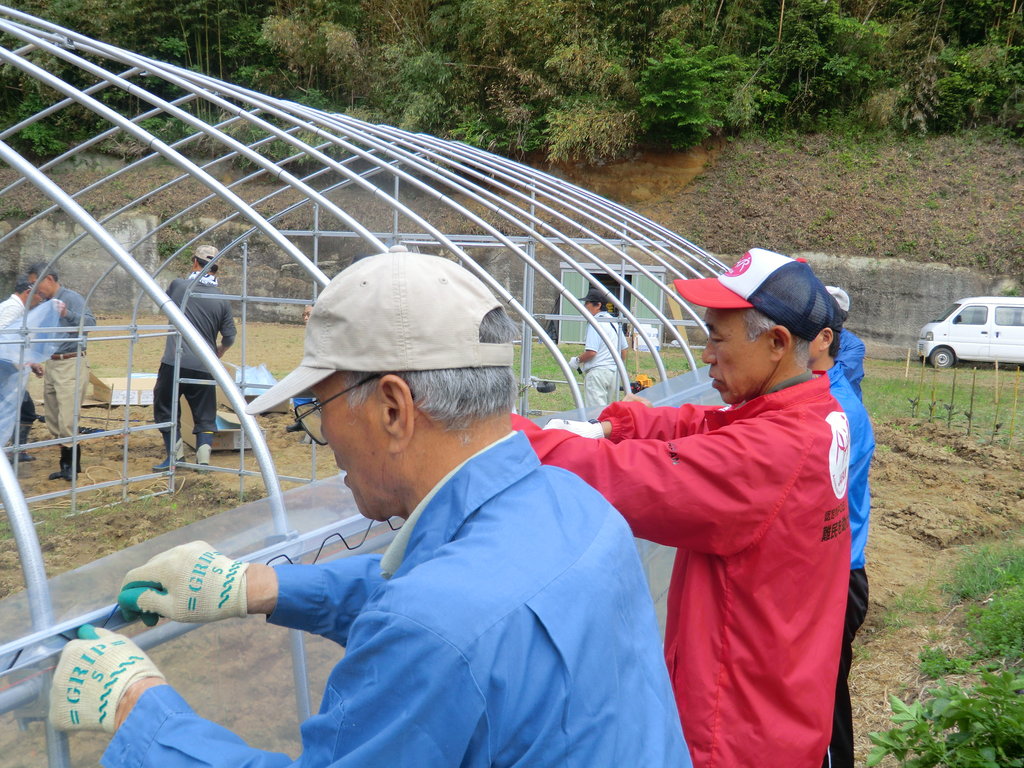 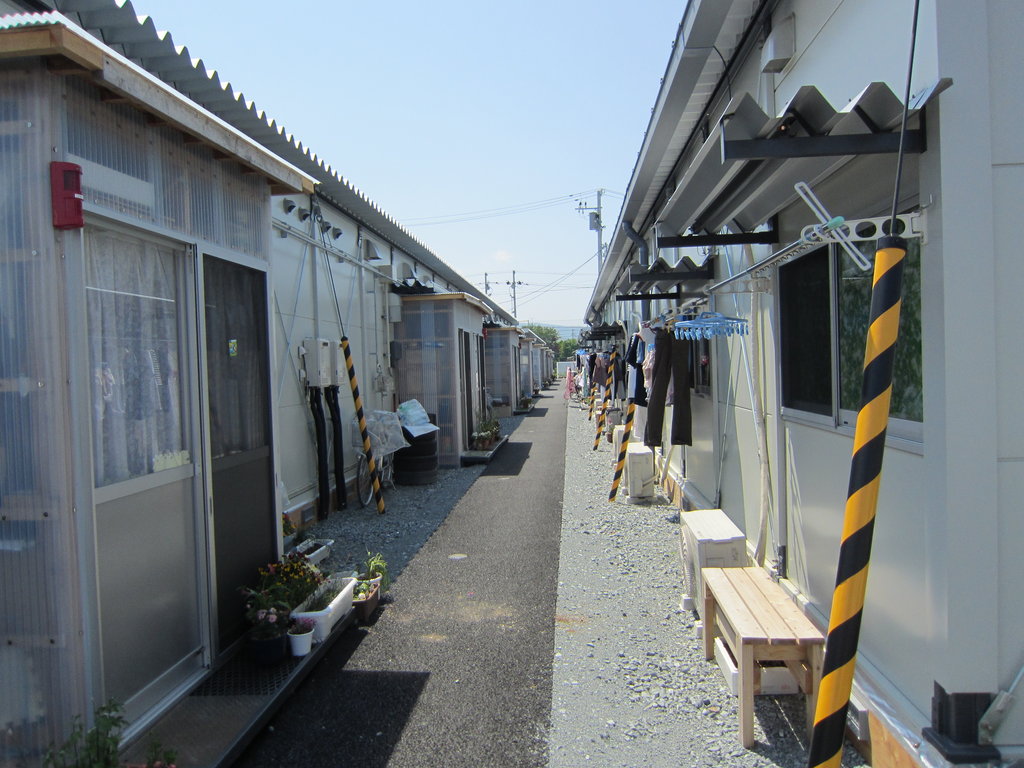 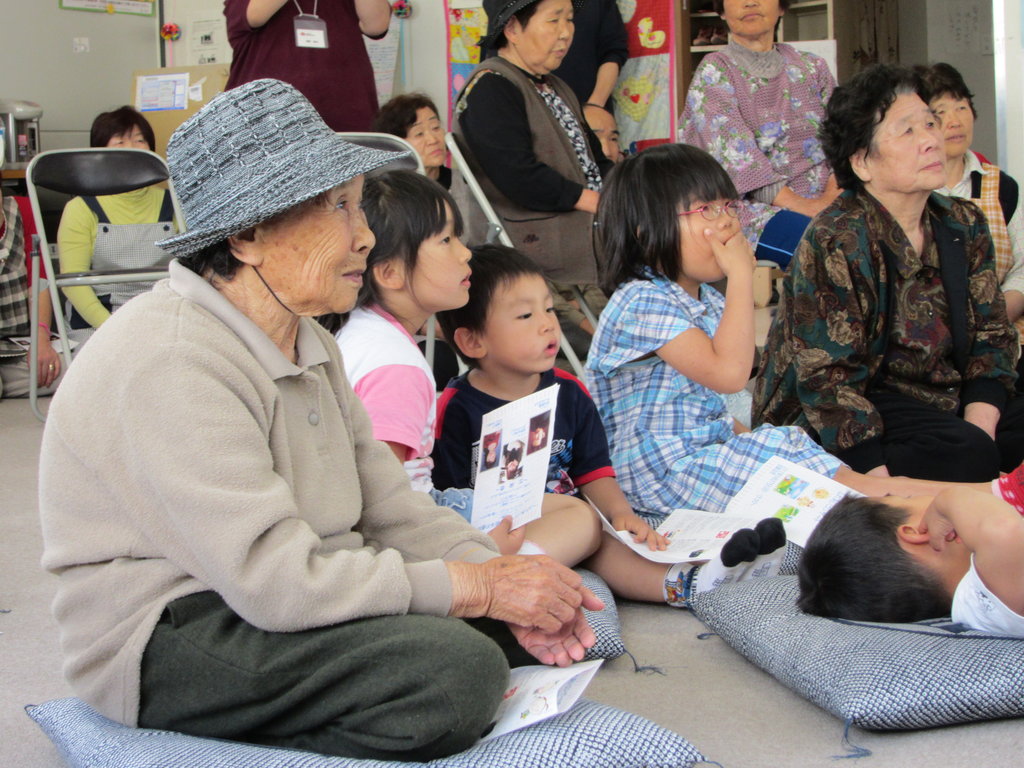 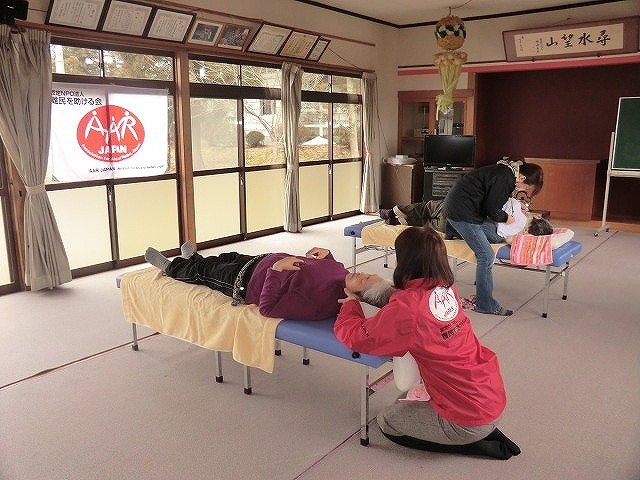 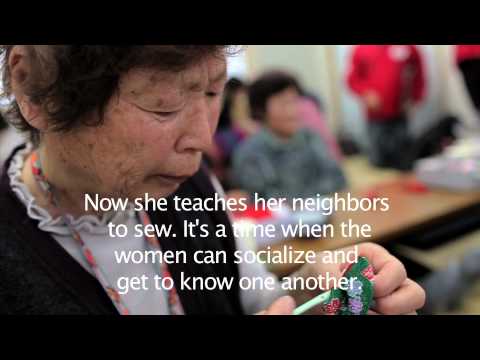 The Great East Japan Earthquake on 11th March, 2011 caused this city several cracks in the ground and violent mudslides among other disasters, completely or partially destroying almost 40,000 houses, the second-worst in all disaster-affected areas only after the massive scale of destruction seen in Sendai city in Miyagi Prefecture. The tsunami and mudslides caused by the earthquake led to the deaths of more than 400 people.

In addition to the direct impact of the earthquake, Iwaki city was heavily affected by the accident at the Fukushima Daiichi nuclear power plant. Soon after the nuclear meltdown, the northern part of Iwaki city was designated as indoor evacuation zone, driving almost 7,000 citizens out of the city.

To maintain physical and mental health of these disaster survivors who still remain displaced, AAR Japan is providing massages, calisthenics exercises, and health check-ups alongside active listening (counseling) sessions and other community events. Active listening sessions provide the participants with opportunities to interact with one another besides allowing them to pour their hearts out to counselors about the troubles and concerns that they usually keep to themselves. Massage sessions help the participants relax and promote conversations.

One of the participants (60s, woman), who evacuated from Namie-town, came with cold compress on the shoulder crying over its pain. After a massage session, she began to talk about her situation. She said she wanted to repair her house, but instead she and her husband would have to move to public housing in Nihonmatsu so that they can continue to take their grandchild to and from the same school. They look after their grandchild while the child’s parents live in Minamisoma-city, 90 km away from the school, for work. Although the parents wanted to relocate their child to live with them, they worry that the child became too shy after transferring schools several times.

Today, 12 people came to receive massages, and 13 came for counseling sessions, among whom some will remain in the temporary housing, some may relocate to new apartments built for disaster survivors, and others will return to their hometown after the evacuation order is lifted. For over five years since the 3.11 disaster, AAR Japan has continuously supported those affected by the Great East Japan Earthquake by adjusting its aid to serve the changing needs of each survivor.

Support another project run by Association for Aid and Relief, Japan (AAR Japan) that needs your help, such as:

GlobalGiving
Guarantee
Donate https://www.globalgiving.org/dy/cart/view/gg.html?cmd=addItem&projid=8422&rf=microdata&frequency=ONCE&amount=25
Please Note
WARNING: Javascript is currently disabled or is not available in your browser. GlobalGiving makes extensive use of Javascript and will not function properly with Javascript disabled. Please enable Javascript and refresh this page.