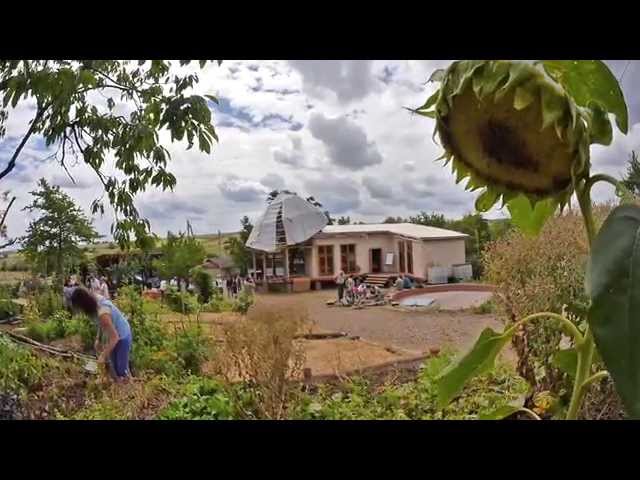 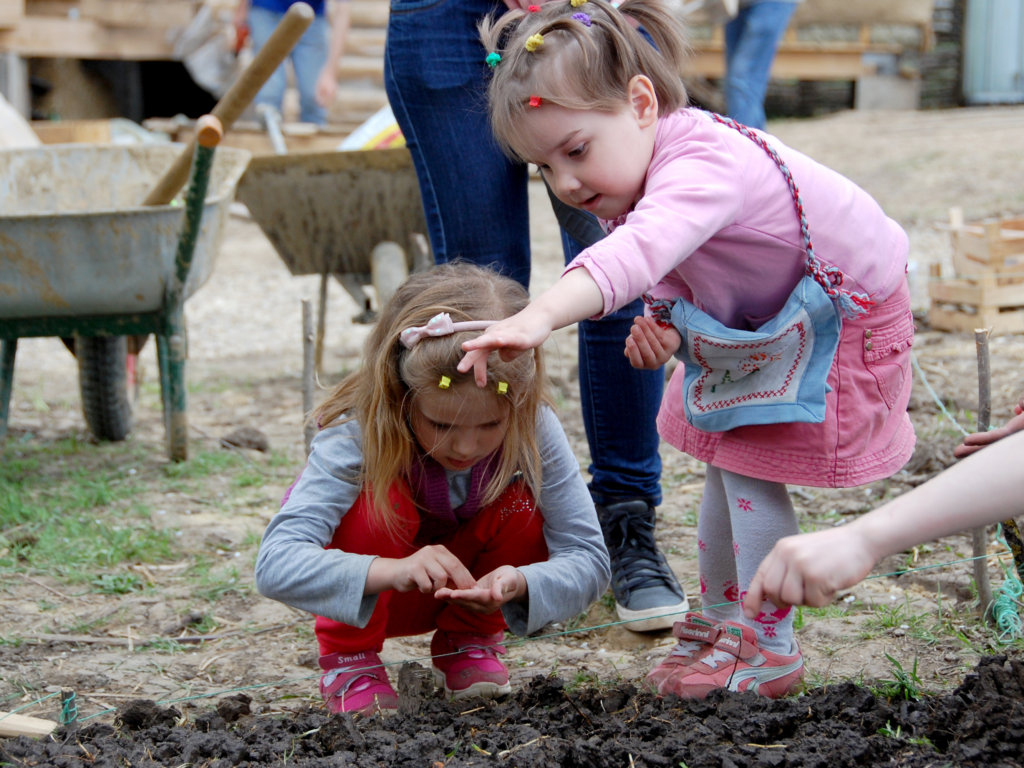 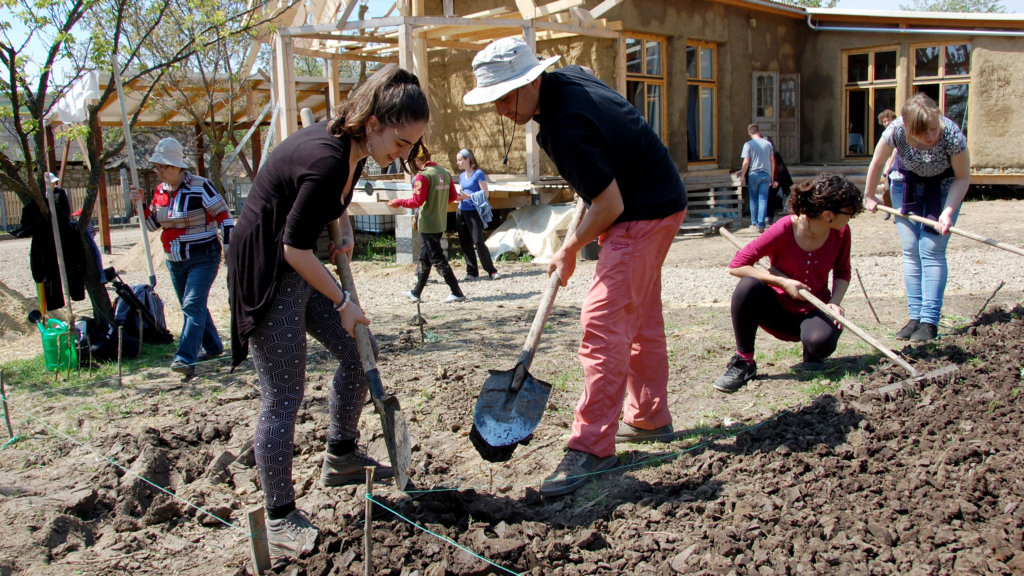 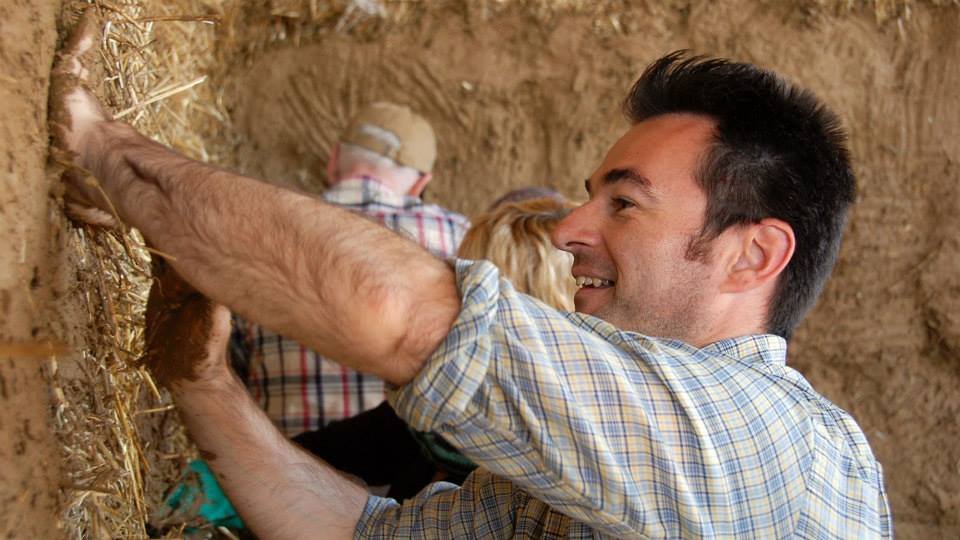 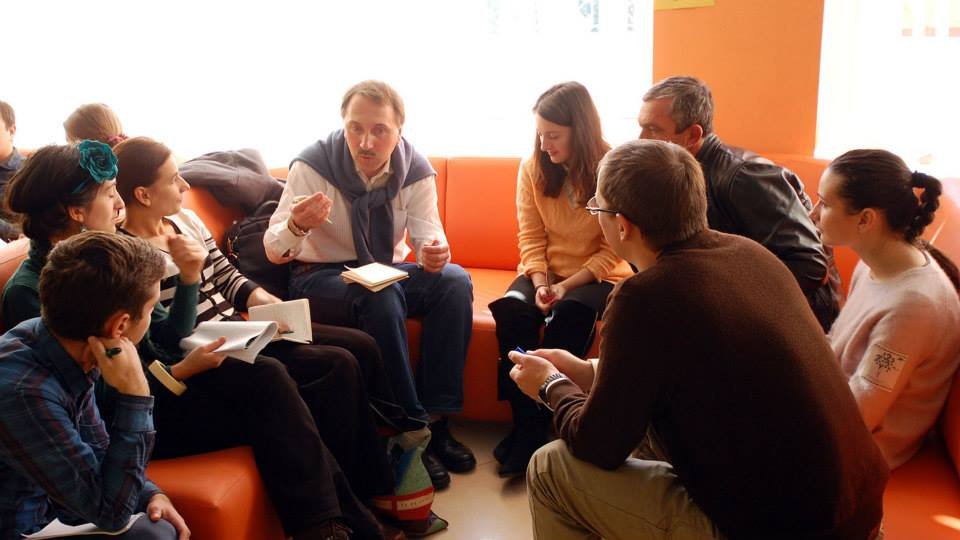 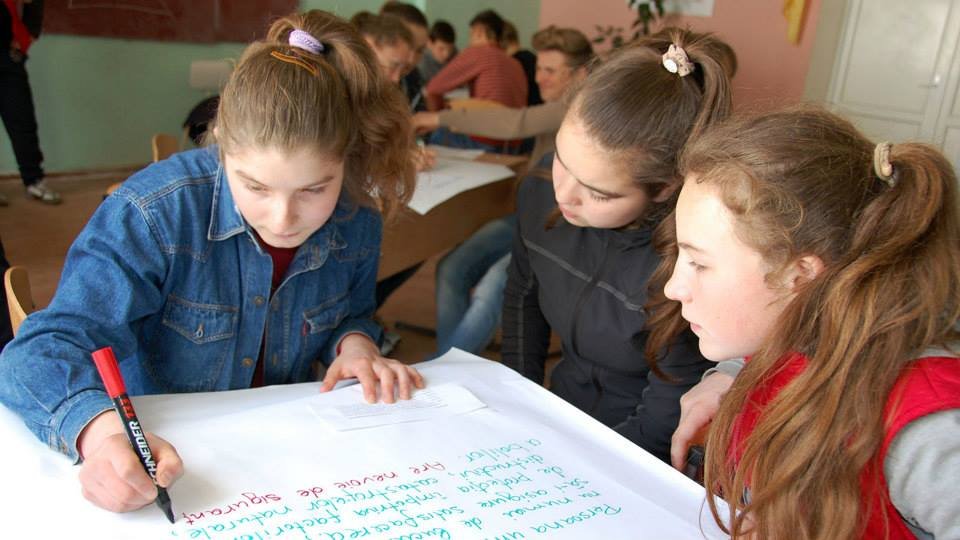 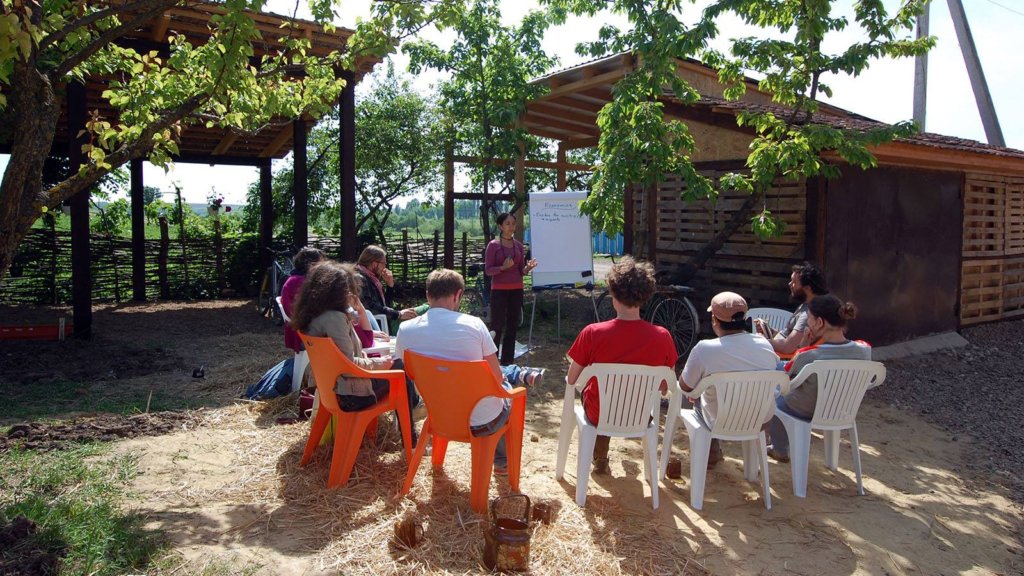 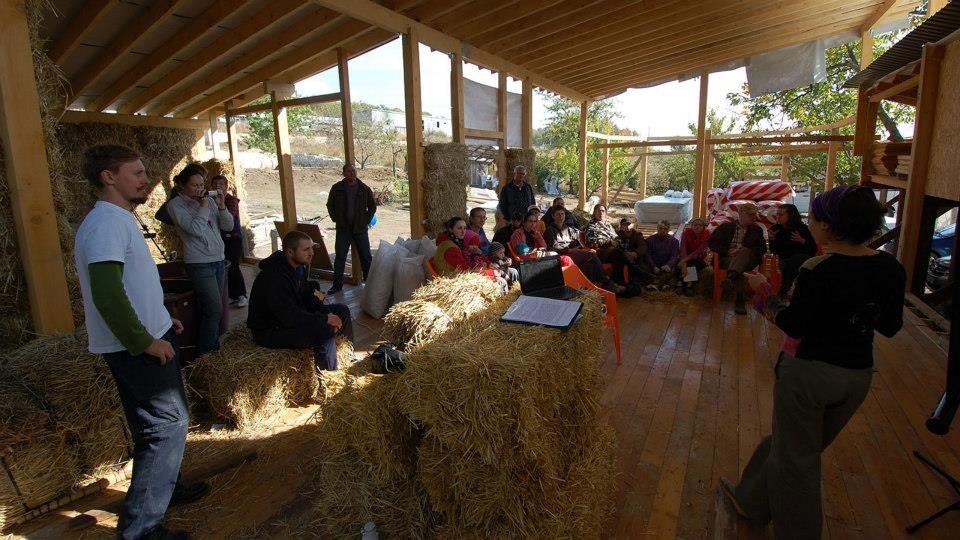 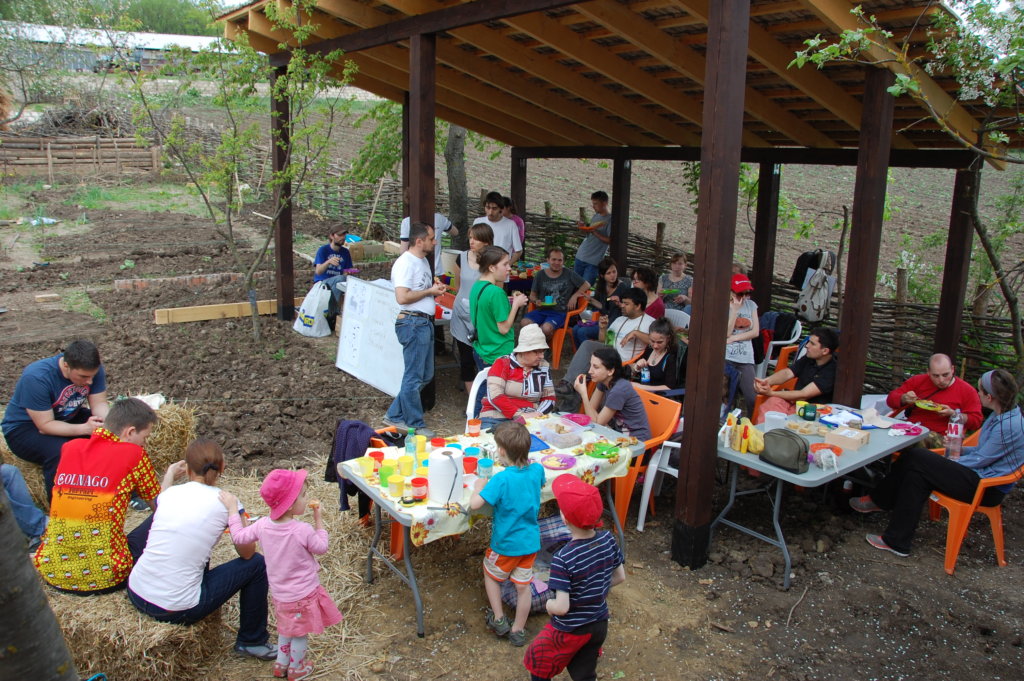 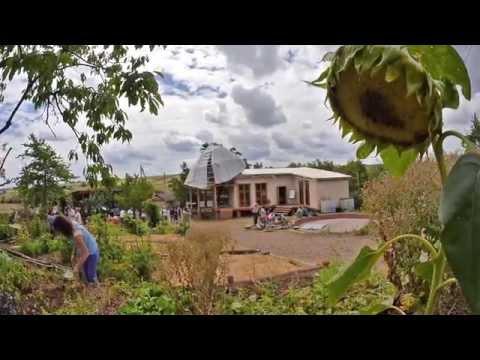 A Retrospective from Our Newest Member 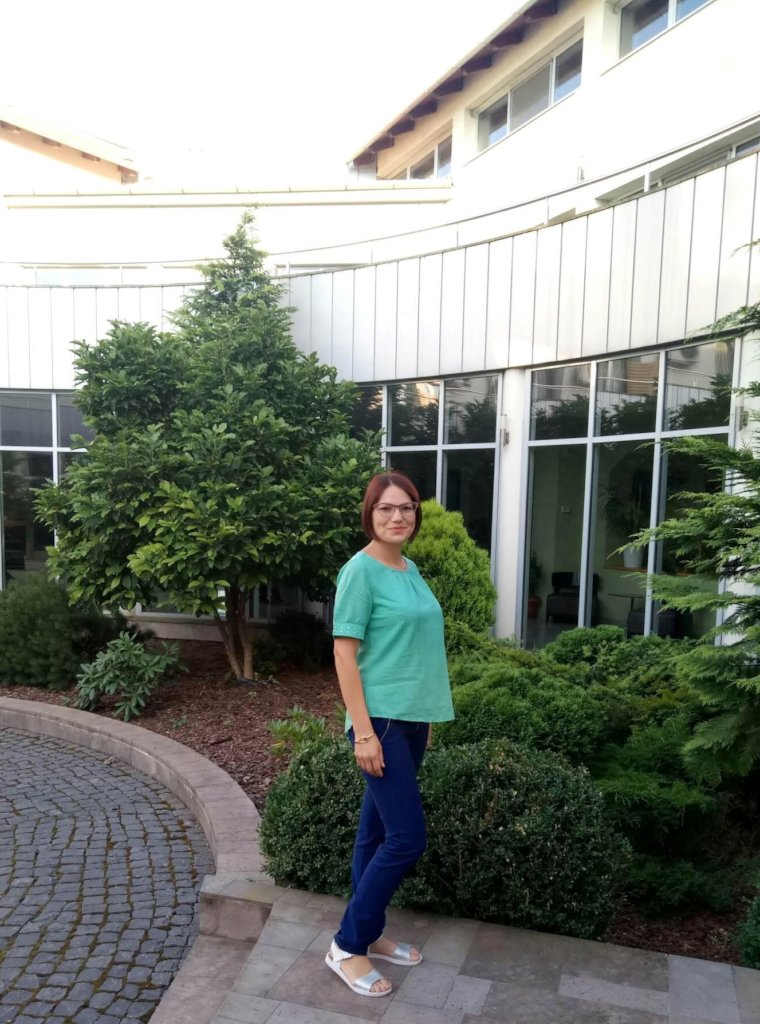 As Eco-Village Moldova has grown, our team too has expanded over the years. Today, we are happy to introduce our newest member of the Eco-Villlage Moldova team, Tatiana Cebotari. Originally from the capital city of Chisinau, Tatiana moved to our village with her family eight years ago. Tatiana officially began working for us in February and has truly come into her own in terms of project planning, coordination, and logistics. Following the example of our “Through the Eyes of a Volunteer” report from last year, we would like to share Tatiana’s perspective and impressions, as our newest team member here at the Eco-Village and as a local Moldovan.

“I did not know about the Eco-Village for a long time, largely because our village did not have a proper park or any sort of area for people to gather, or simply relax, so we often left to the city to visit relatives. I had only found out about Eco-Village Moldova when my sister-in-law called me mentioning that some people at an NGO in our village needed babysitting help. It was the first time I’d heard that there was such an organization in our village and was surprised to learn of its existence, but I decided to take the job.”

“My first impressions were that the people here were very simple and open. They were people with such interesting ideas on how to live. At the time, I didn’t know anything about the organization itself, but the people at the organization had a strong impression on me. It was fascinating seeing these people not only be working while caring for their children, but also be actively concerned about the wellbeing of others.”

“I became more involved in Eco-Village, funnily enough, when I was thinking of looking for a more stable job in Chisinau. During my time babysitting, I’d heard that Eco-Village was looking to expand their team. They offered me a role and after discussing it with my husband, I decided that it wouldn’t hurt to try it out. From then on, I was part of the team.”

“My first task was a big one! Wanting to be more involved with the community and create a greater sense of community spirt within the village itself, Eco-Village Moldova decided to work with the locals to start our first annual Potato Festival. My first task was to work alongside Liliana and co-coordinate the community event. It was a large responsibility, but I remember feeling excited that they had had enough trust in me to give me such an integral role in such a large event.”

“To say it in one word, my role nowadays is ‘logistics.’ I often work within the Eco-Training Center to help prepare the space for sessions and seminars. I ensure that everything is organized and that the facilitators have everything that they need for their sessions. I help purchase food for our sessions as well.
Working here, I have seen that there are some brave people here who left the city and started at zero to live here in a village. It is refreshing to meet people who aren’t only thinking about themselves, but also about the people around them. The people at the Eco-Village help the locals in the village and their mission of environmentalism and ecology helps every one of us. Working here at the Eco Training Center, I’ve had the opportunity to meet many different people from all around Moldova and from around the region.” 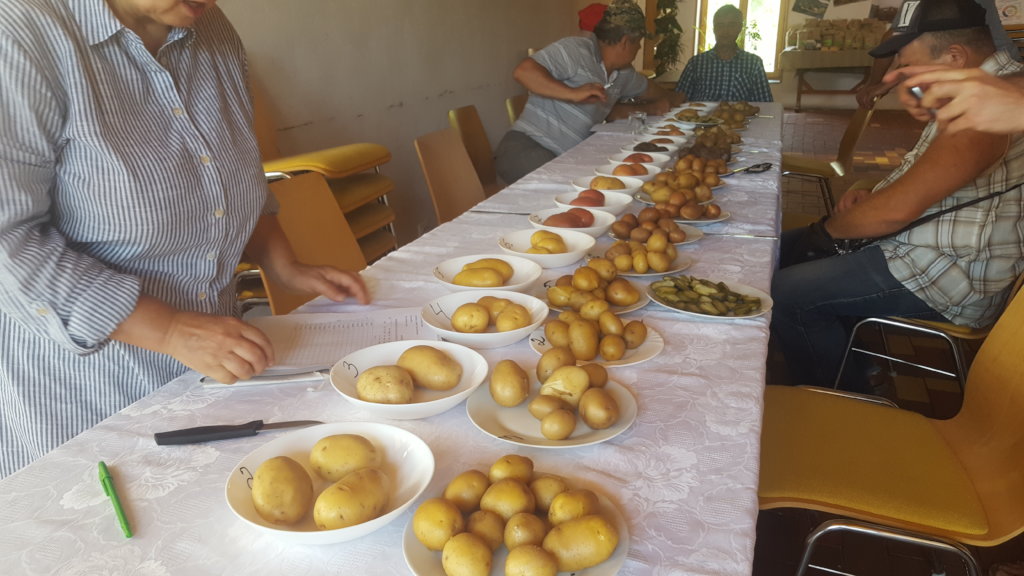 Potato Tasting in the Eco-Training Center

Donating through GlobalGiving is safe, secure, and easy with many payment options to choose from. View other ways to donate
'EcoVisio' Public Association has earned this recognition on GlobalGiving:

GlobalGiving
Guarantee
Donate https://www.globalgiving.org/dy/cart/view/gg.html?cmd=addItem&projid=22402&rf=microdata&frequency=ONCE&amount=25
Please Note
WARNING: Javascript is currently disabled or is not available in your browser. GlobalGiving makes extensive use of Javascript and will not function properly with Javascript disabled. Please enable Javascript and refresh this page.