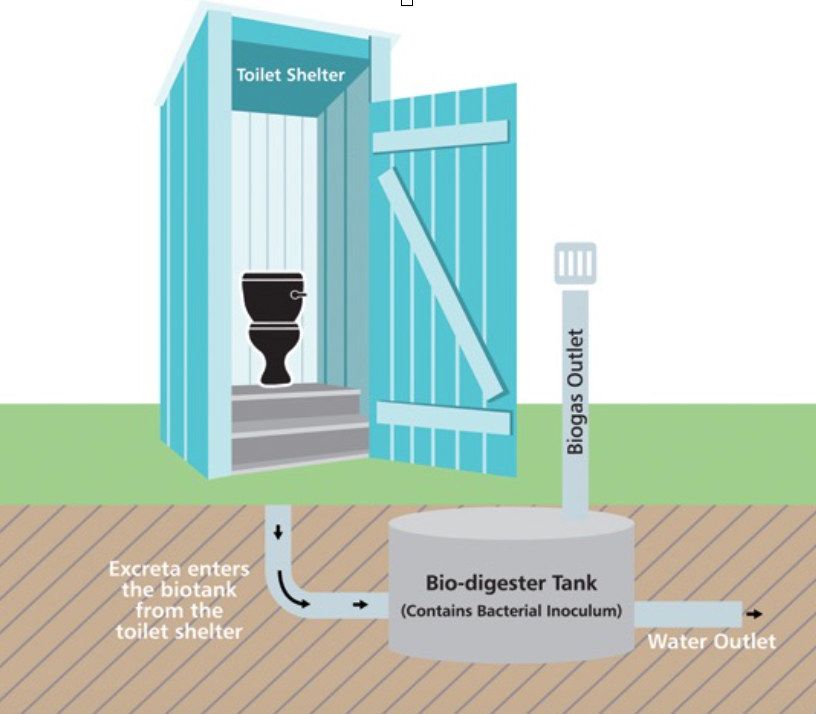 Maitri is thrilled to announce that we have been a fortunate recipient of 9000 Pounds granted to us through GlobalGivings community grant that we had recently applied for! This amount will directly benefit the efforts we are putting to building 40 toilets for rickshaw pullers in Ranchi, India.

This project is part of Maitri’s Programme Adhikar that focusses on the rights of rickshaw pullers which include right to citizenship rights, better living conditions and good health.

In October 2015 alone, Maitri has been able to educate 110 rickshaw pullers about their citizenship rights and government benefits. More over, post 2 health and awareness camps, rickshaw pullers have given our team a positive feedback in terms of improvement of their health. Maitri has also performed a data analysis on 2000 Rickshaw pullers to identify 200 of the most marginalised that we could facilitate identity proofs with. Lastly, bleaching powder and first aid boxes were distributed to rickshaw pullers in effort to improve their living conditions in garages.

With such impact seen Maitri is pressing on to improve living conditions of rickshaw pullers which especially includes building of 40 toilets in Ranchi. Towards this iniaitive, our team has been persistently meetin with garage owners, rickshaw pullers to understand their sanitation challenges specific to each garage. Subsequently a case study will be done one of the garages that most urgently requires a santitation facility. Further more, Maitri has done research on various toilet models. So far, Bio-Toilets is what meets the requirement of easy maintenance, not causing contimation of water and soil. We have also secured quotation of the tankers and bacteria from a certified dealer.

Chatru is a rickshaw puller. When he was 8 years old, wild elephants destroyed his house. He does not have much of landholdings. He is now 28 years of old. He lives in village named as Balwadih. He can only manage 6 months from the cultivation, not the whole year. Both of his parents fell ill together due to which he could not study. He went to Chennai in search of work, there he worked as a mason for 2 months and then returned back. He has opened a small grocery shop in his village which his father looks after. He agrees that if some training is imparted to his wife then she can also work. His source of income is from rickshaw pulling and agriculture.

I want to thank you for your partnership and resources to be able to do this. It is humbling to know we have people that believe in the work we do enough to put their time, effort and money to see our vision fulfilled for the marginalised rickshaw pullers of our society.

In the words of Deepak Chopra “Although we take it for granted, sanitation is a physical measure that has probably done more to increase human life span than any kind of drug or surgery. “ Thank you for contributing to the lives of Rickshaw pullers through your support! It makes all the difference! 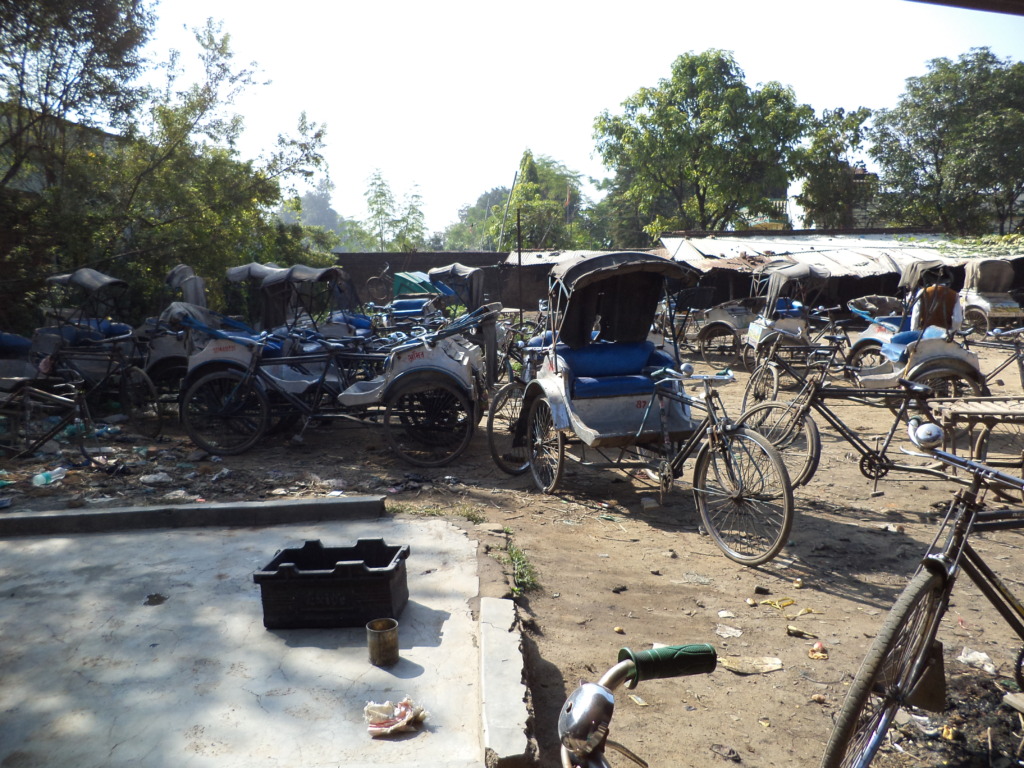 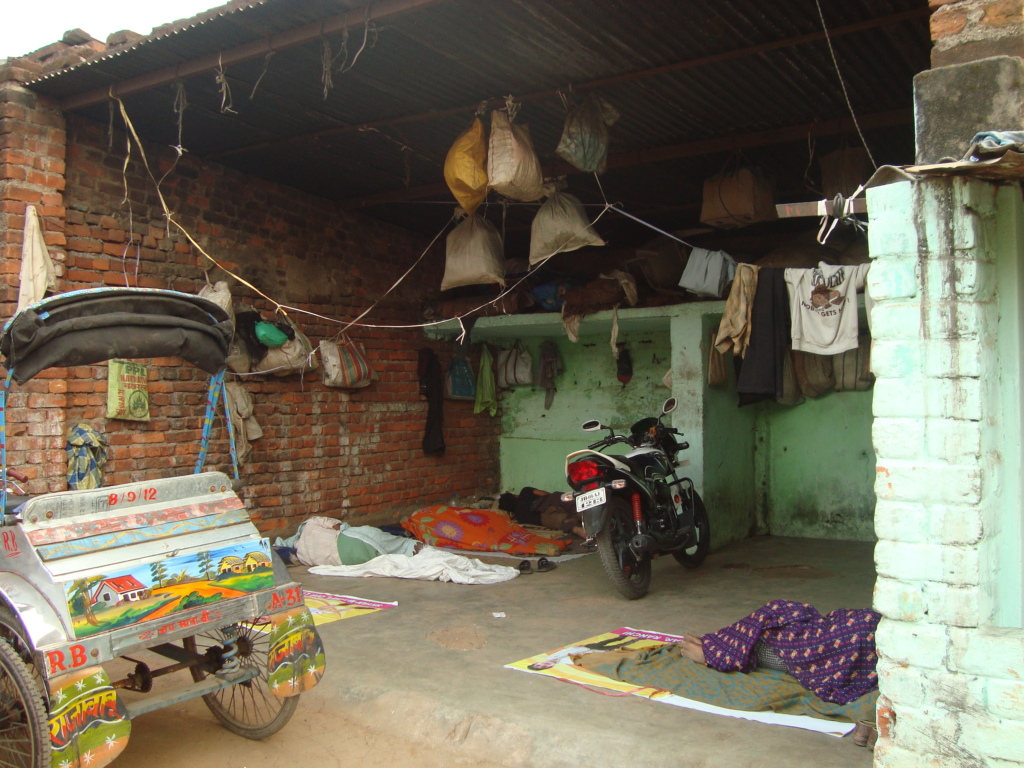 Condition of a rickshaw garage in Ranchi 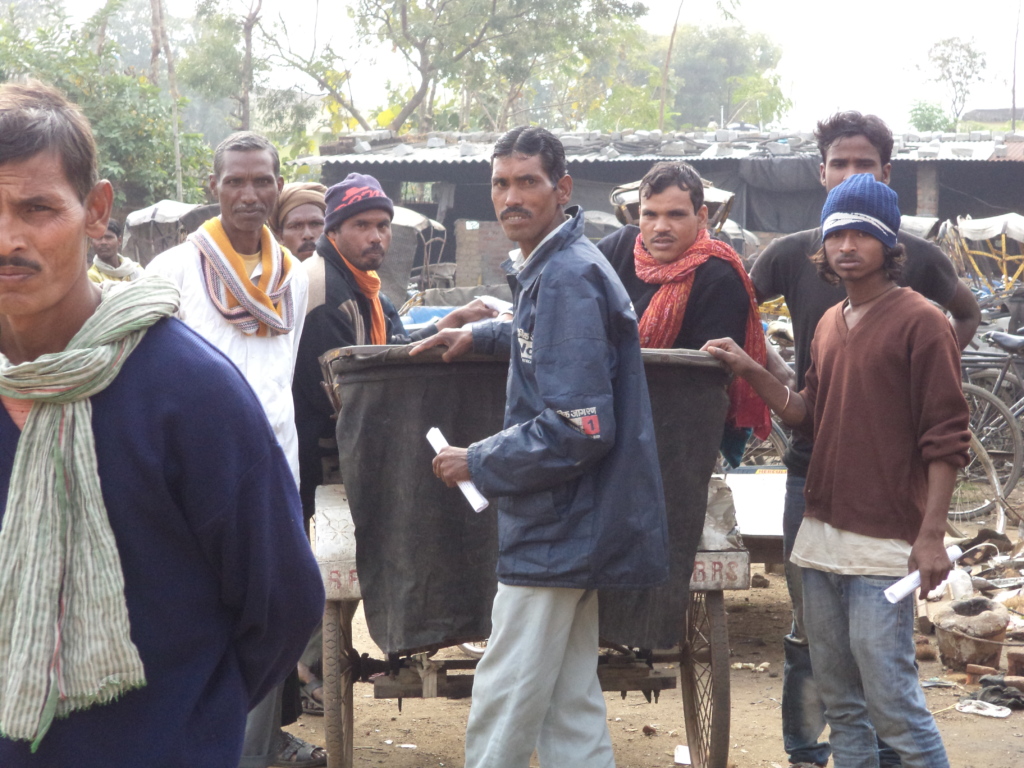 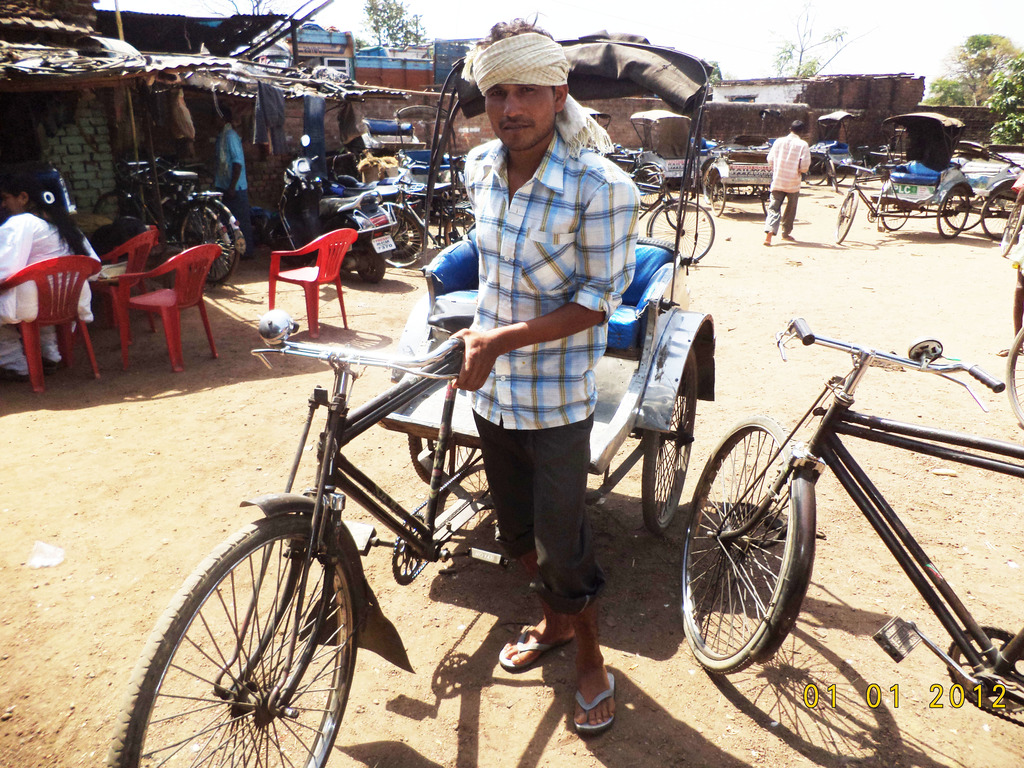 The initiative, 'Build 40 Toilets for Migrant Workers in India' is one of the services and solutions that Maitri’s Project Adhikar (Right) is aiming to deliver to the migrant workers in Jharkhand, India with the purpose to promote hygene and improve their health.

Following Project Adhikar’s feasibility study in 2012 – 2013, the project was designed and implemented in January 2015. Project Adhikar is aiming to improve the lives of approximately 15,000 Rickshaw Pullers through the facilitation of access to Citizenship rights and other basic rights including the right to shelter, sanitation and financial inclusion.

Progress has not been as as much as we would have liked to establish in ‘Build 40 Toilets for Migrant Workers’. While our team has made several visits and met with the commissioner and local muncipality, we are met with challenges to build an efficient toilet system that will contribute to the city's overall sanitation. More over, Maitri has a clear plan of construction, maintainence and proper supply of water to avoid these toilets from being stalled as mere structures. However, the project is yet to recieve further consent to begin implementation. Keepin this in mind, the project team is continuing to make bona fide efforts to gain approvals from local authorities and we hope to see near success.

Thank you for believeing in this initative enough to contribute. Maitri is continuing to raisie funds to cover the cost of this programme as soon as it takes shape. Your contribution will ensure that 40 toilets are built in Jharkand to ensnure that migrant workers are able to live a life of dignity and good health.

"Ram, age 32, is a rickshaw puller who has been struggling for over 14 years. He is the only bread winner of his family and came into this profession at the age of 14. He stays in Ranchi, with his family, and sisters whose marriage is his responsibility. Ram strives to keep his wife happy and does his best to keep his two chiildren in school. He says “In one day with a lot of hard work I earn Rs 500. But that is only sometimes but I believe I can do more with the opportunities I have.” The per day earning can get food to their family but cannot bring other necessities of life. He says rickshaw pulling gave him a platform to sustain his life but now as the expenses increase, it is diicult to support his family. Ram is impressed with Maitri’s work and has been associated with us since 2012 when he got his Universal Identification Card and was then enrolled for RSBY health scheme in March’ 2014 and a zero balance bank acocount on November’14.

Ram hopes that Maitri can help for the rights of rickshaw pullers always. He is now able to save some amount of money in his bank account for his family and has given details of his family member for enrolment of Identification cards." 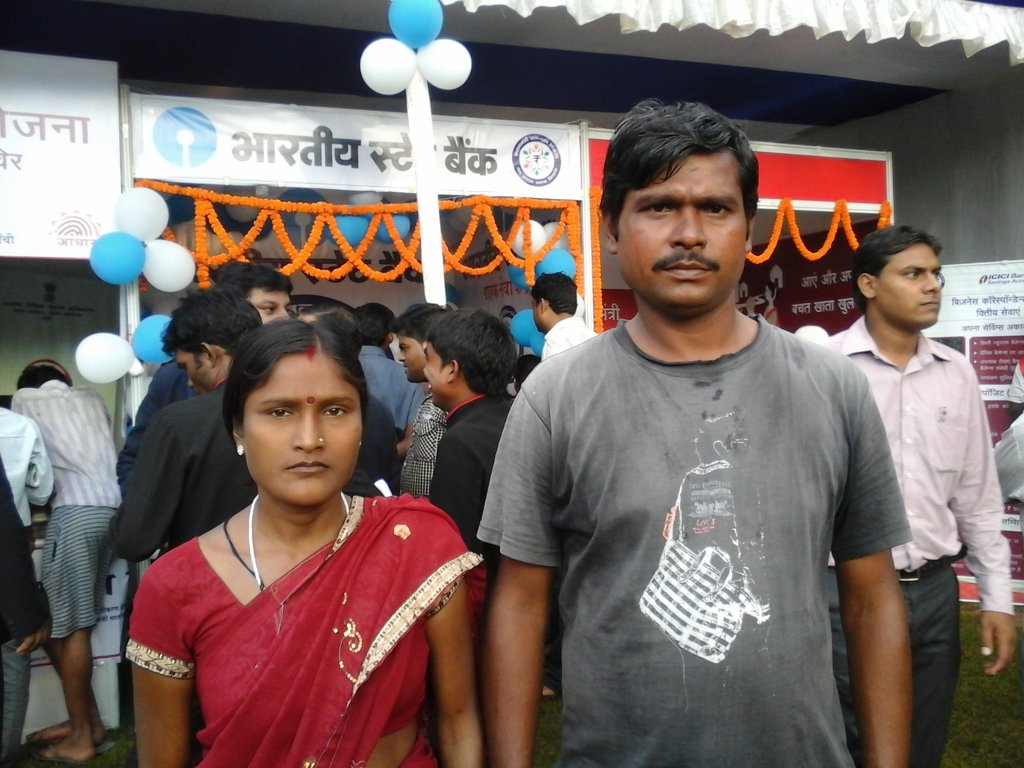 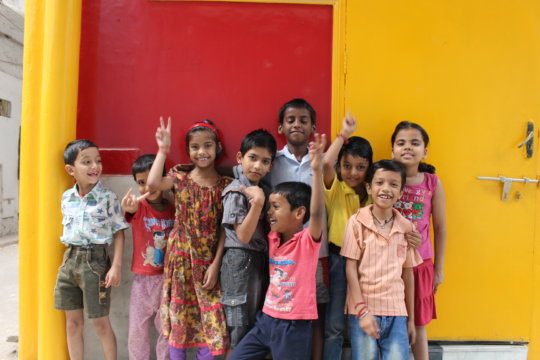