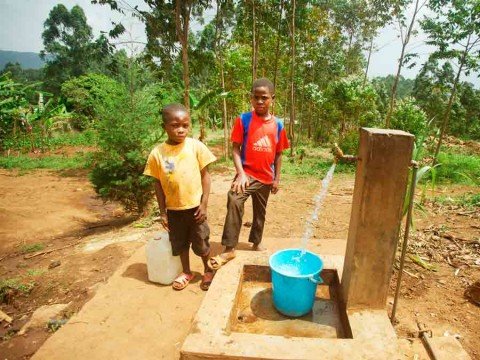 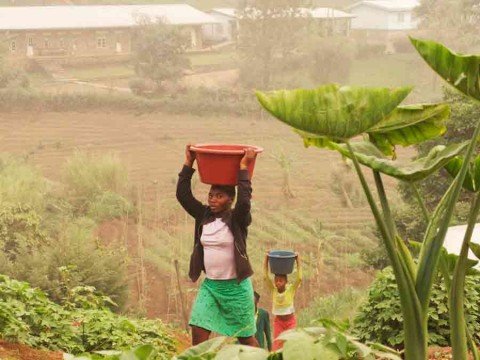 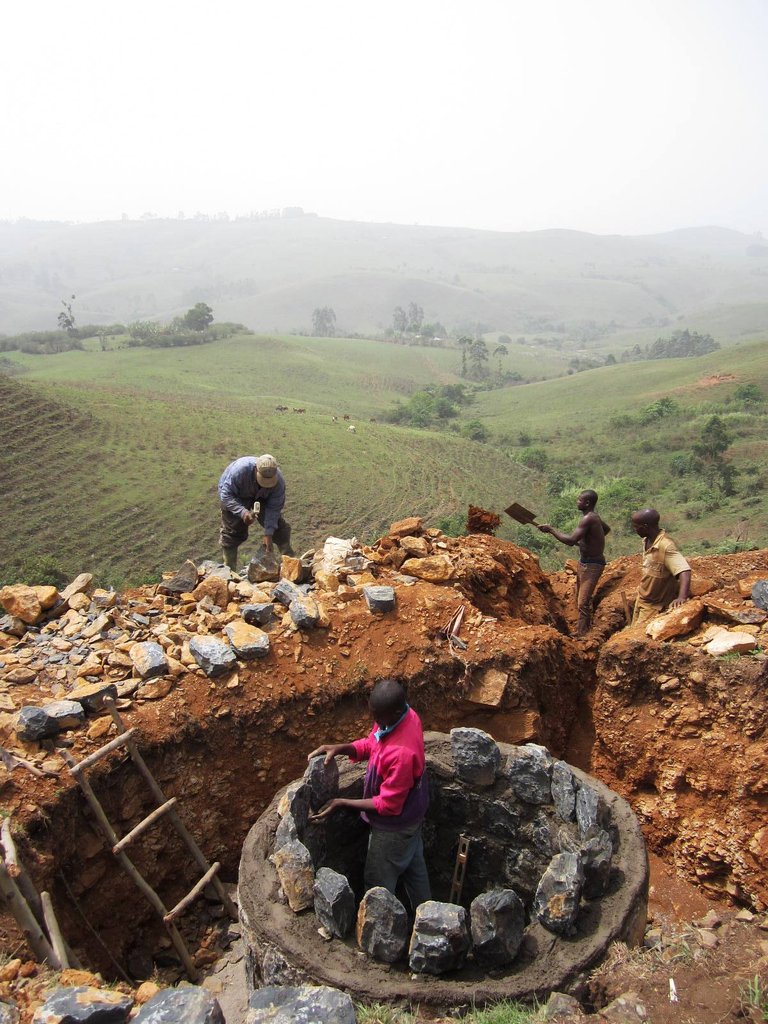 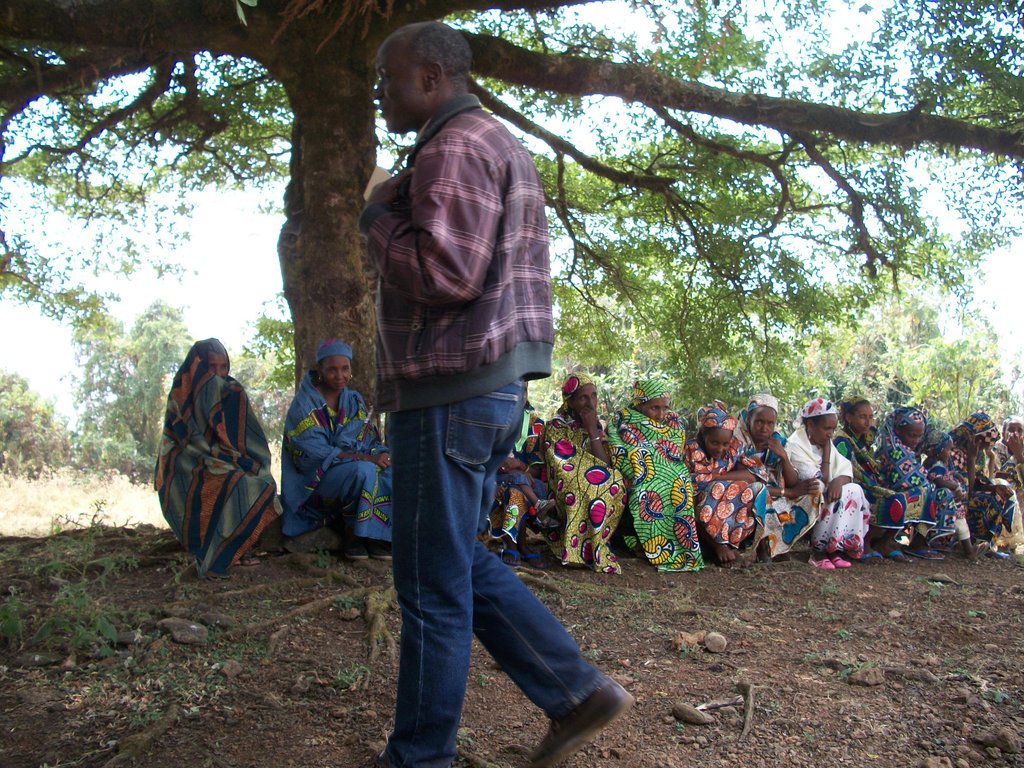 By Mbeng Simon - The Director

This seminar was provoked by the fact that during the socio-political crisis that affected the English speaking regions of Cameroon, many of the water schemes in the Municipality were either destroyed or abandoned to get bad. Although, calm has not effectively returned to the Municipality, some villages are already  enjoying some degree of social peace.

Each Water Management Committee sent three delegates to attend the training. These delegates were given training materials, accommodation and feeding. The communities were responsible for the transportation of the delegates to Fundong for the seminar. The Fundong council contributed 75 percent of the funds while BFF contributed 25 percent of the funds in the form of training. The funds used by Better Family Foundation were raised through GlobalGiving and other local donors.

Better Family Foundation remain thankful to all who are supporting this scheme in waterever way through GlobalGiving.

Ground Break is Just Around the Corner! 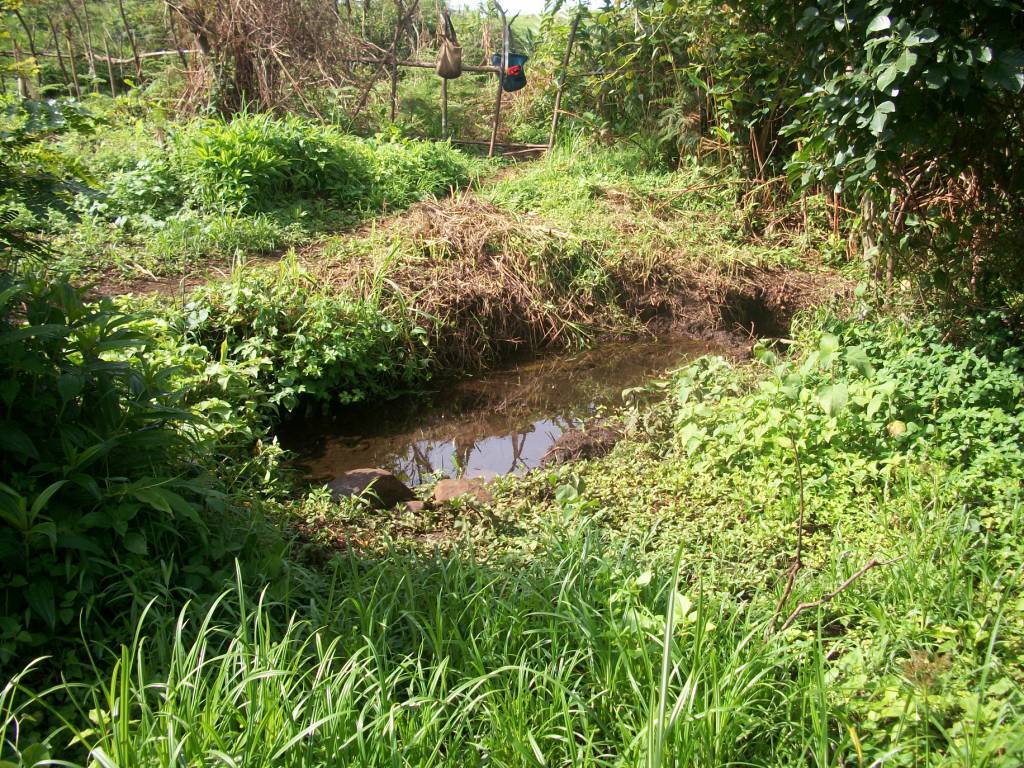 The New Source to be Developed!

We at Better Family Foundation (BFF) are so incredibly pleased to announce that by Monday June 18th the Alim-Boyui water project will be finally underway! Now we understand our donors graciously donated during the month of April and it is now nearly mid-June. So, why the delay, you may ask? We'd love to explain!

We have a saying here in Cameroon, 'Small small, catch monkey." Meaning, slowly slowly we will succeed.

While our staff and the two villages we're working with both are overflowing with energy and enthusiasm about this project, sometimes circumstances here on the ground will not permit us all to be as diligent as we'd like. BFF has been given many obstacles over the past month and a half. We’d like to discuss some of those obstacles with you so that you have a candid view inside the world of development work.

Here in Cameroon culture is incredibly important. Matters regarding culture surpass nearly any plans—ill regard of what they may be. In Cameroon in general, and especially the Northwest, death celebrations (commonly referred to as Cry-Dies) are incredibly important and are of paramount importance in a community’s life. These death celebrations usually span over three days (sometimes more) and take upwards of a full week to plan and organize. The cost of these celebrations are incredibly burdensome to the families, thus adding to the stress.

Just as April became May the mother of Mbeng Simon Nsah, BFF’s Director, had passed away. She was a community elder, thus very respected. Her status in the community amplified the size of this death celebration. This consumed many of BFF’s members for nearly two weeks. Simultaneously, there were several other ‘Cry-Dies’ in neighboring villages that involved friends and relatives of persons working on this project. This small slew of death celebrations unfortunately slowed us down. Luckily, these kinds of slowdowns do not upset Cameroonians as it takes first priority.

As Better Family Foundation conducted the community wide sensitization and the Water Management Committee training we began to learn much more about the three villages we were working with. Over the course of the month long training and through many discussions with villagers we realized the initial project plan that was handed to us may not be the best solution for these communities. Moreover we slowly began to discover very small inter-village politics that existed between some of the villages. This, combined with lots of other new information, forced us to change our plan of action in order to not only maximum the productivity of donor funds but also maximum the prospect of sustainability.

So! The original plan was to revamp the decrepit water systems for Alim and Boyui, two neighboring villages who had shared a water system for the past twenty plus years and then also extend a line to another neighboring village named Ameng. As BFF members carried out more assessments in the field we discovered many things! First we discovered that Ameng has their own spring source conveniently located—meaning to develop this source and pipe water to their community would be much cheaper and reliable than to pipe it from Alim.

Secondly, upon doing the third assessment in Alim and Boyui an elder in the community asked,

‘A beg, make wuna fit trek small—a di get some fine fine ting for show wuna people dem. Come, come’ (I ask you all to hike a bit, I have something very nice to show you all. Come, let’s go!)

We were not sure where we were trekking or what we were to see but we are very glad we followed him. This old man showed us a new, undeveloped spring source in Alim. It is incredibly clean, well-protected and can fill a 10 liter bucket in a mere 14 seconds! (That is incredibly powerful). We were ecstatic. After having discovered this incredibly productive and clean source we knew it would be best to draft new project plans in order to include this spring.

The community called the water engineer and the gentleman completed the assessments (a series of measurements and calculations that make our project estimates). Upon completion of the assessment the engineer unfortunately demanded an absurd amount of money from the community in order to purchase their project plans—amidst all of these cry-dies matters of money had not been discussed because it was evidently assumed the fee for assessing a project would not have increased by 400% in a matter of two months.

We all entered a stalemate.

As it continued BFF continued moving in order to secure plumbers and bricklayers to complete the work once we were to finally get underway. Luckily, finding a plumber is quite easy because BFF constantly uses the same local man. Bricklayers, on the other hand, are more difficult and two some three weeks to find, bid the appropriate price and lock into contracts. The same very day the bricklayers signed the work contracts with BFF the two villages received a call from the engineer—he finally agreed to do the project assessment at the original price—the price the community could afford.

Now! We are order the materials, today literally, having them shipped to Fundong and will begin work one they arrive! As the engineer complete the assessments for the other aspects of the project we will use any leftover funds in order to finance the new phases. Meanwhile we have also applied to some other grants to help supplement your donations!

So, it’s been quite some time coming but we’re incredibly happy and excited that all things have finally worked out and we are finally underway! 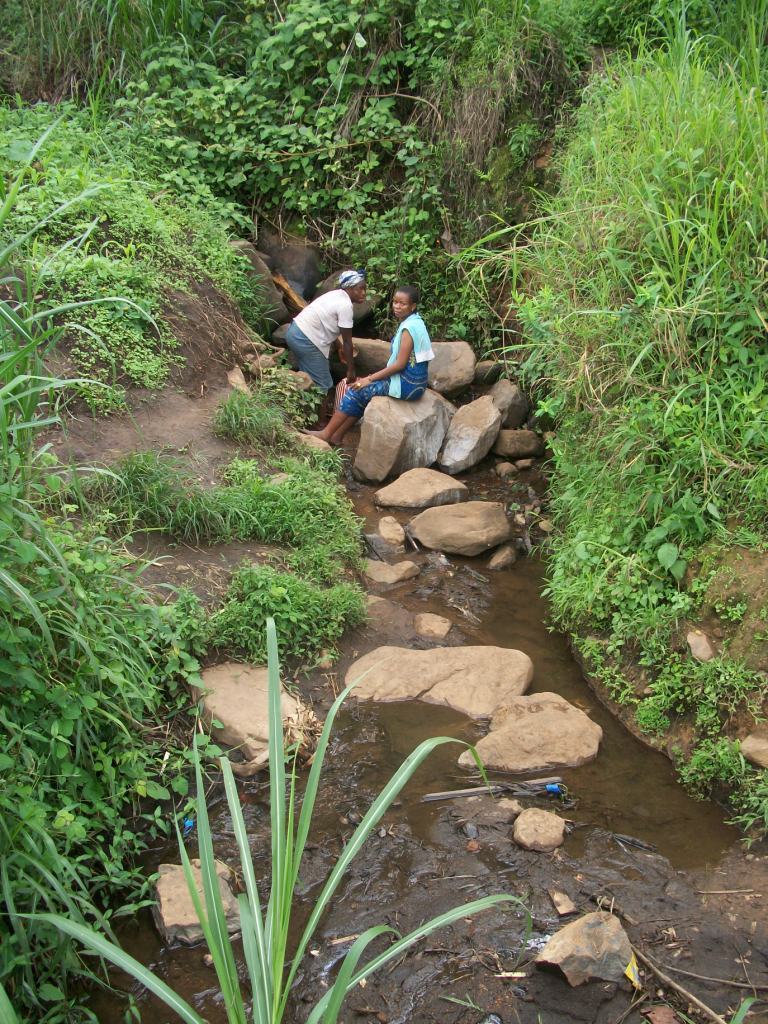 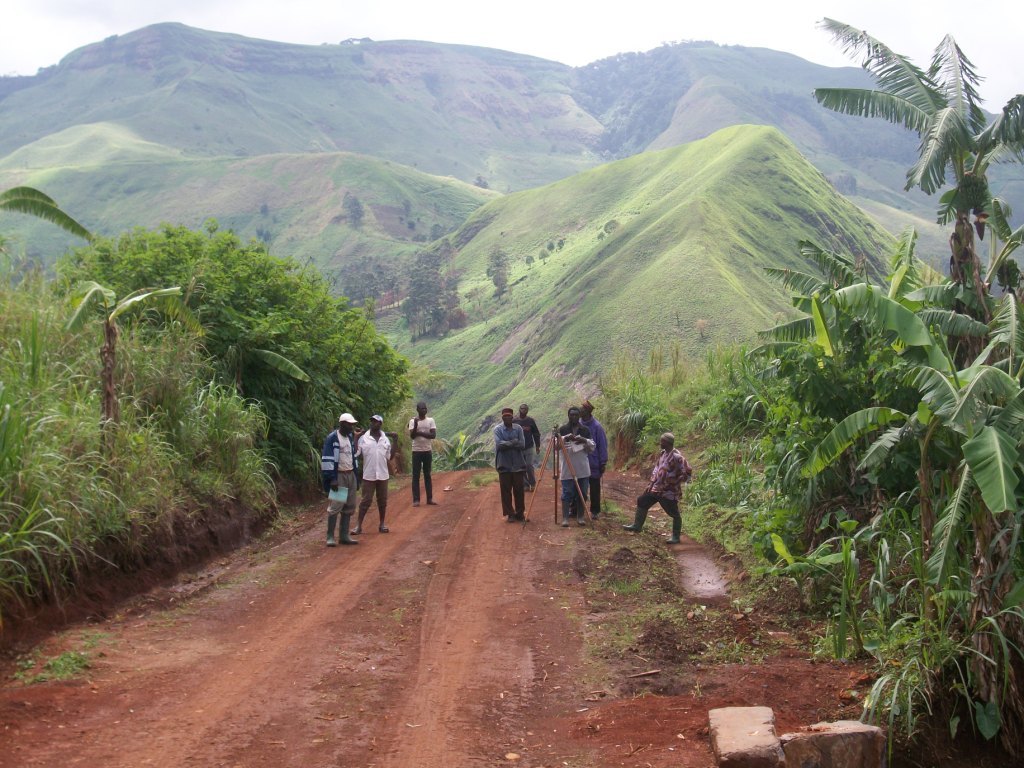 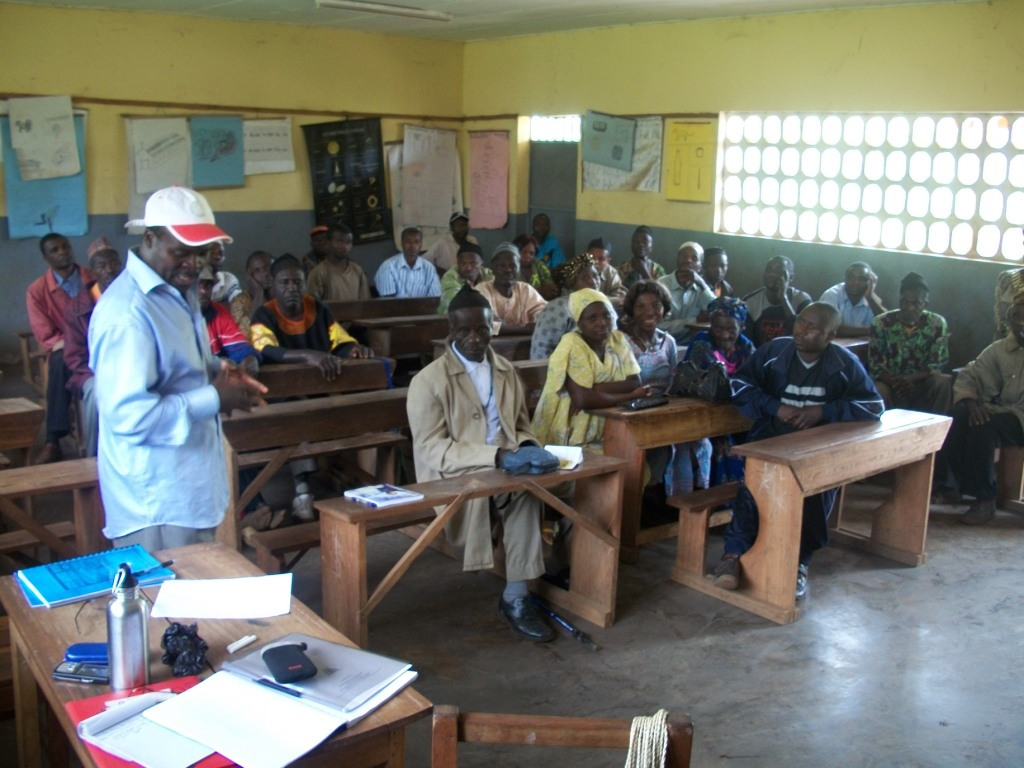 Find another project in Cameroon or in Physical Health that needs your help.
Find a Project

GlobalGiving
Guarantee
Donate https://www.globalgiving.org/dy/cart/view/gg.html?cmd=addItem&projid=10189&rf=microdata&frequency=ONCE&amount=25
Please Note
WARNING: Javascript is currently disabled or is not available in your browser. GlobalGiving makes extensive use of Javascript and will not function properly with Javascript disabled. Please enable Javascript and refresh this page.