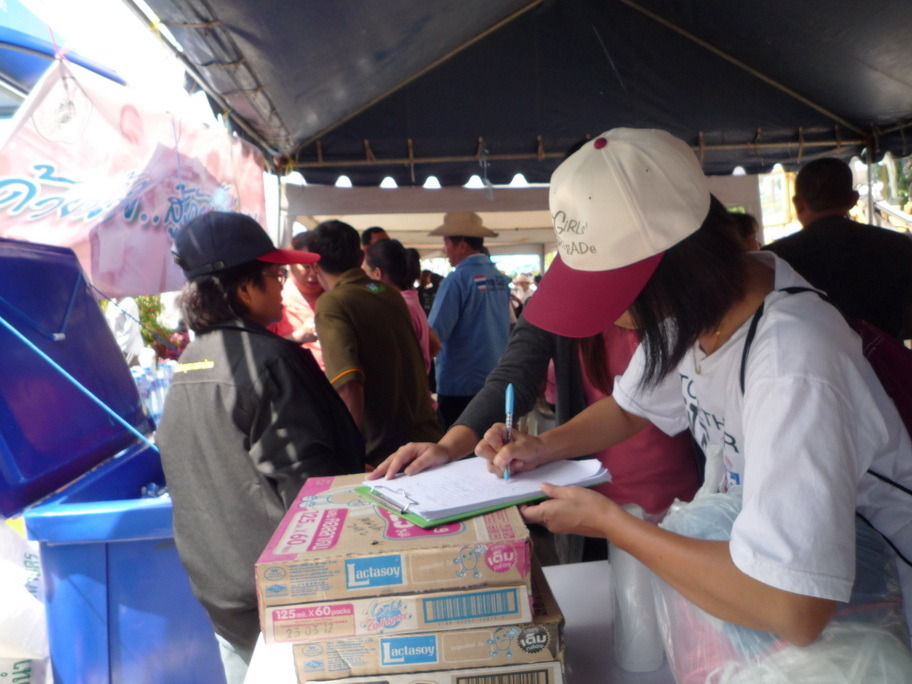 Registering volunteers and donated items
Update of Floods in Thailand - 18 October 2011
Yesterday our staff and volunteers went to help the Bangkok Metropolitan Administration to pack sandbags. The Foundation also donated raffia strings, drinks and other items for the relief work.
The Mayor had called for help from the residents of Bangkok to help pack 1,200,000 sandbags to increase the height of the water barrier along the Khlong Hok Wa from 2.50 m. to 3.00 m.  It was an enormous task and the work went on round the clock.

At the moment, 27 provinces  experience flooding, with Ayuthaya, Nayok Sawan and Loburi being the worst hit. The flood waters from the north aggregate in Nakhon Sawan and flow southwards towards the lowlands and the gulf. On the way, the waters flood areas like Prathumthani, which is just north of Bangkok, and the area is increasing by the second.
5 industrial estates have been been submerged, some are about 3 metres underwater, with about 14,000 factories destroyed, 660,000 workers affected and an estimated loss of 1.5 billion Thai Bahts.
The central plains of Thailand, also known as the Rice Basin, has lost 1 million rais of farmland. Where once rice fields used to be, is now a vast, enormous lake, some as deep as 5 metres!
2.8 miliion families or 8.9 millions people are left homeless.
317 deaths to date
The government estimates a total loss of 2.3 billion bahts, which includes personal properties and farmlands destroyed.
It is difficult to estimate the exact numbers as the situation is truly 'fluid' and water barriers leak or are broken even as i write this email, and people have to flee their lives in the middle of the night.

Transportation Routes:
75 main highways, 192 rural roads are flooded and cannot be passed, and all the north-bound railway routes are cancelled.
This has resulted in cut-off of supplies coming to Bangkok and the flooded areas. Because of the shortage, prices are increasing, eg vegetables and sandbags have increased up to 300%! And there has been numerous thefts of flooded homes, thus victims are double victimized.
Your help in advocating for our relief work would mean that people get the help that they need.
Many thanks. 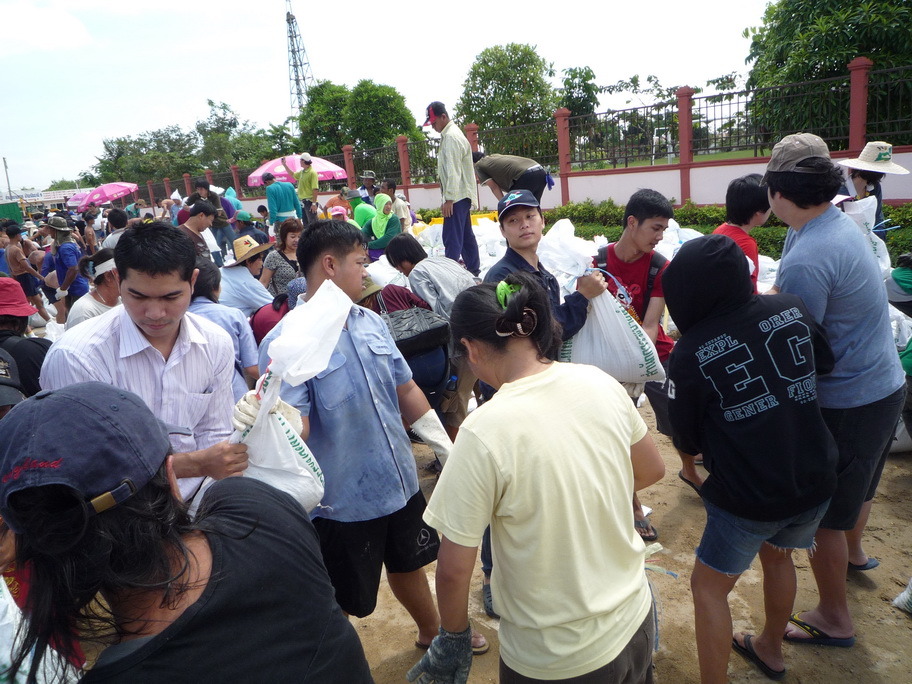 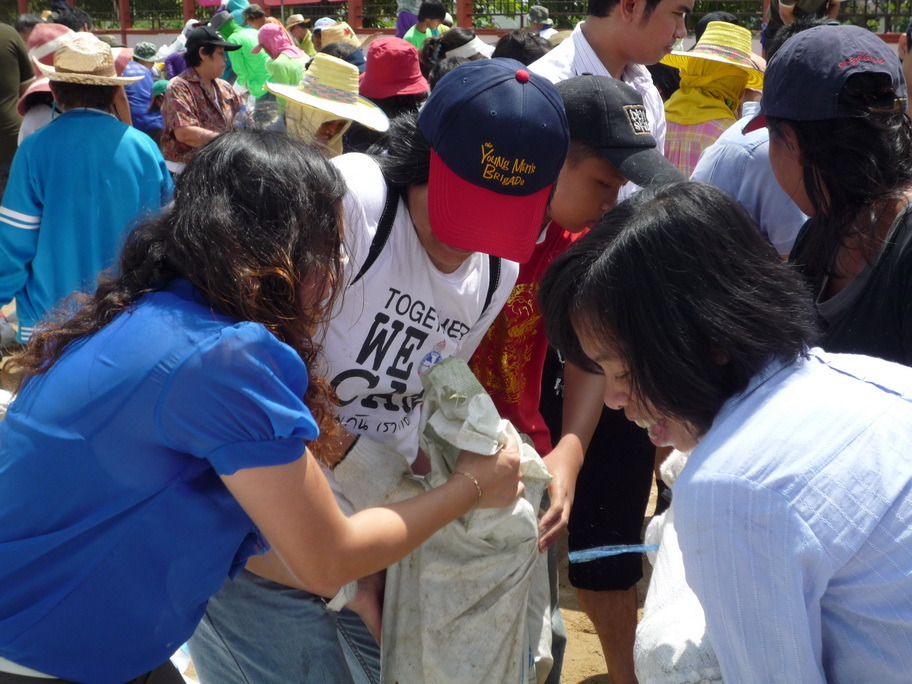 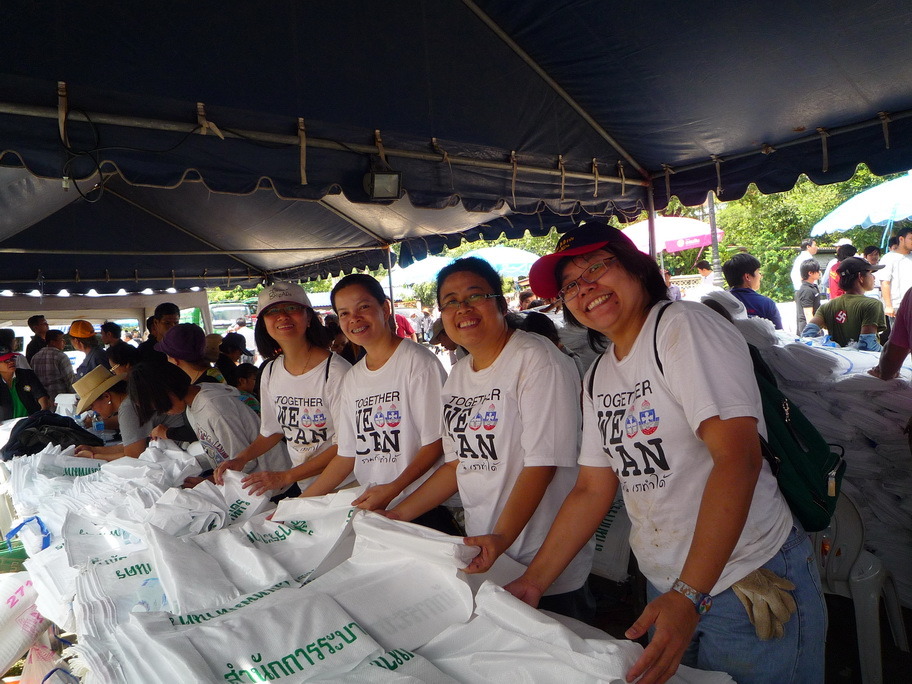 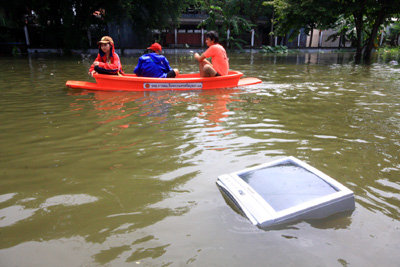 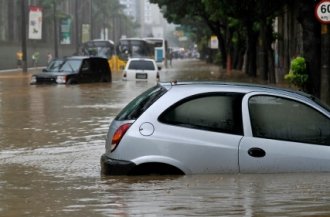 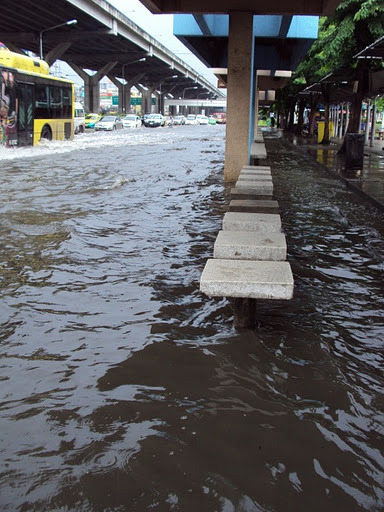 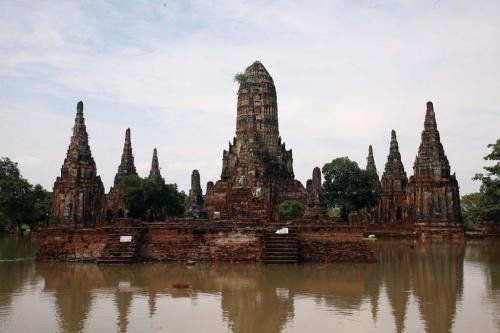