Setting up Booths for Blanket Donations 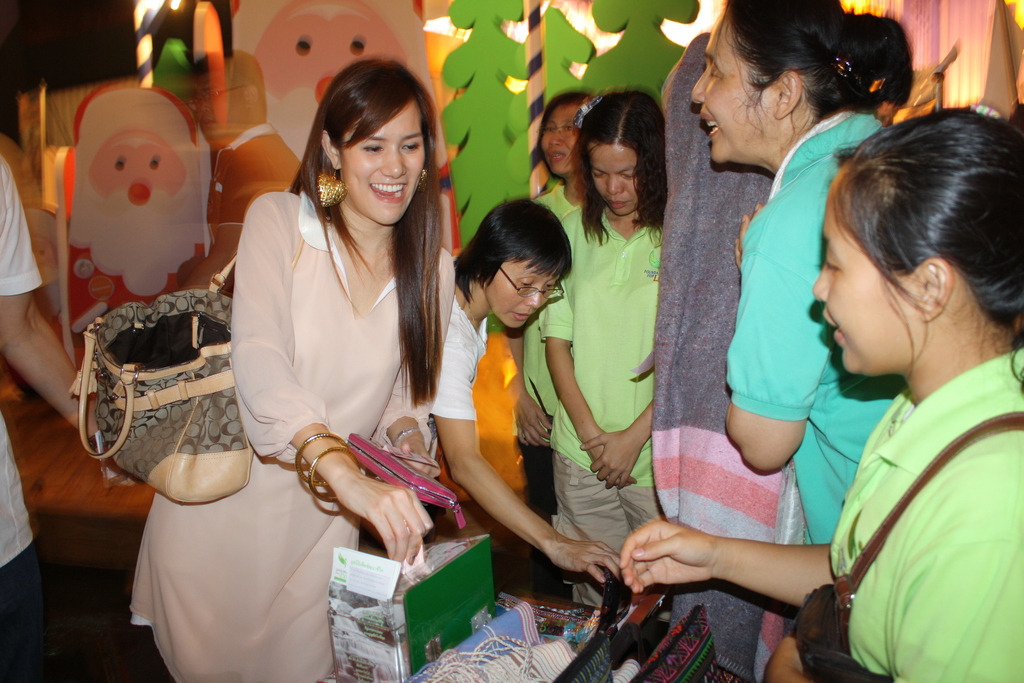 The Foundation was determined to collect as much donations as possible, so as to distribute planned blankets for those who were about to face the cold season in the north. So when the opportunity came for her to set up booth in the Central World (the former World Trade Centre in Bangkok), she seized the moment.

On 21 November, which was the onset of the "winter season" in Thailand, it was forecast to be a dry and cool day, and the booth stand was set up by 4pm out in the open area, to catch the after-work crowd, during the pre-Christmas period.

Donation boxes, photographs and displays were put up to catch the attention of the passing crowd, and volunteers also came after work to help out. What was unexpected was the sudden downpour that drenched all the exhibits, but not the spirits of the staff and volunteers, who continued to attract the attention of passers-by.

By the end of the night, at about 9pm, a total of 5 blankets were collected! But we believed that more will come in by Christmas time.

Thanks you for your support, as we are encouraged each time  we see an increase in the giving by the generous hearts like yours. 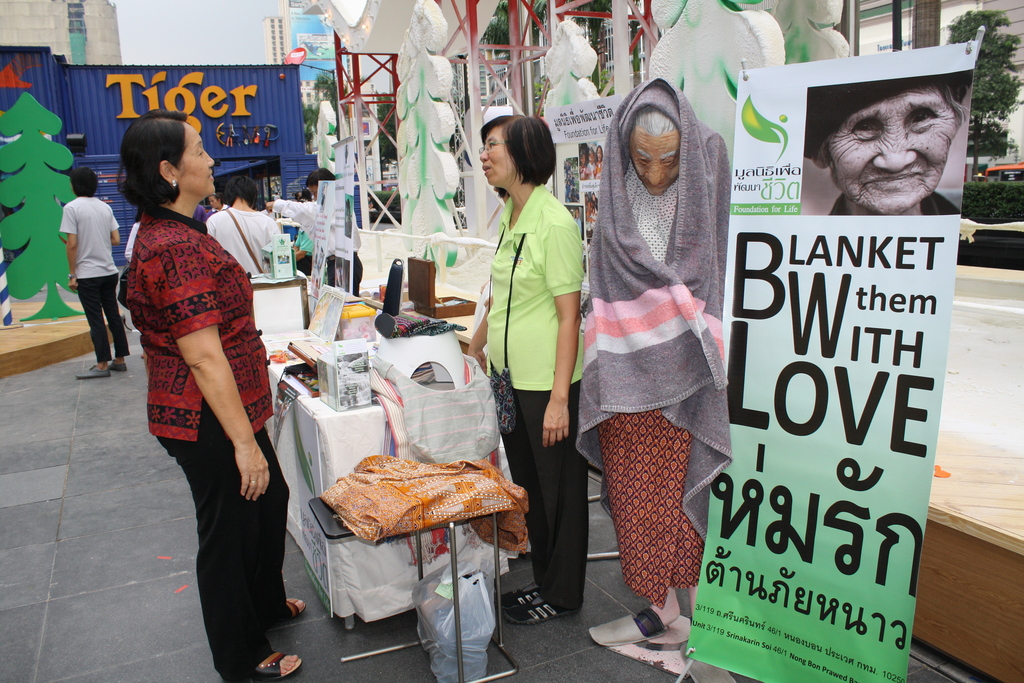 The Blanket Them with Love Booth 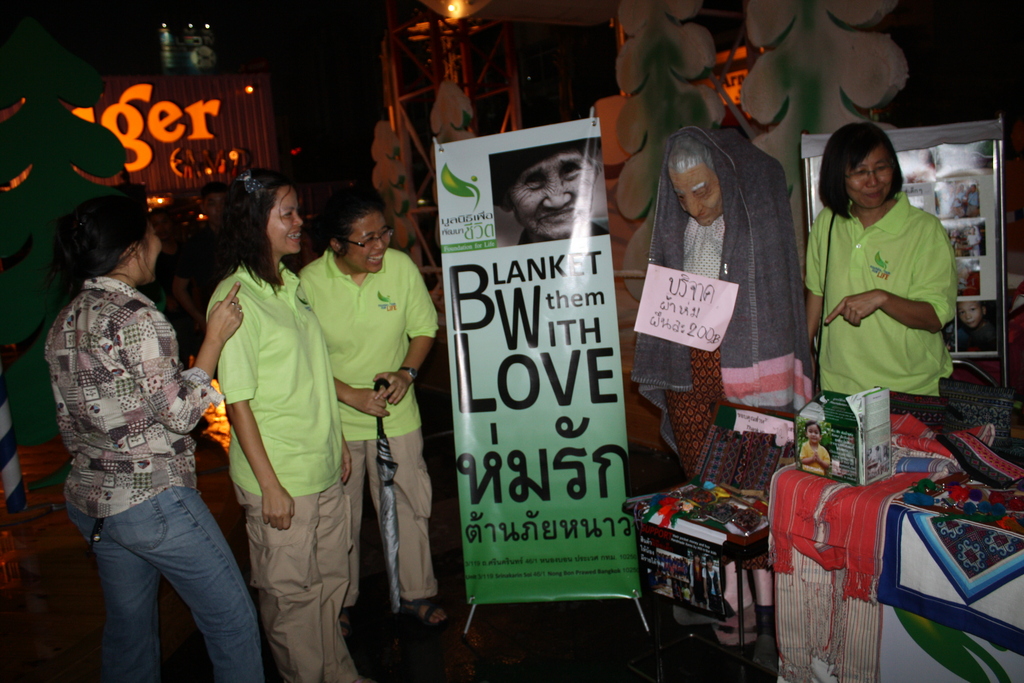 Volunteers by the booth

"Packing Love to the Needy" - Next »
Comments: