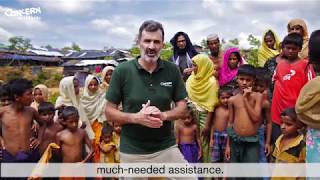 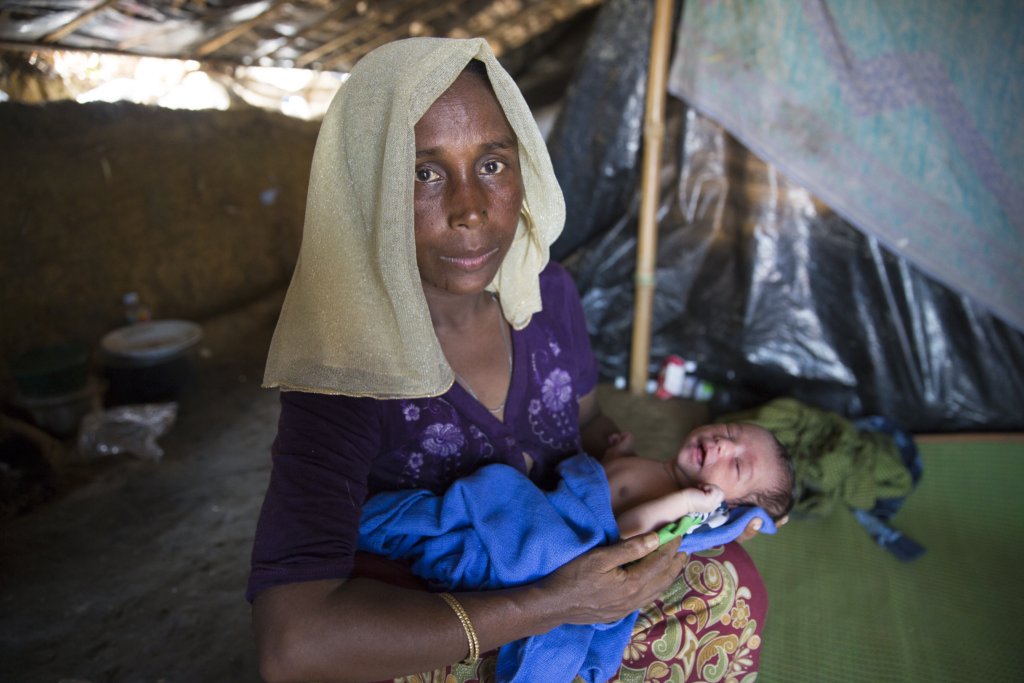 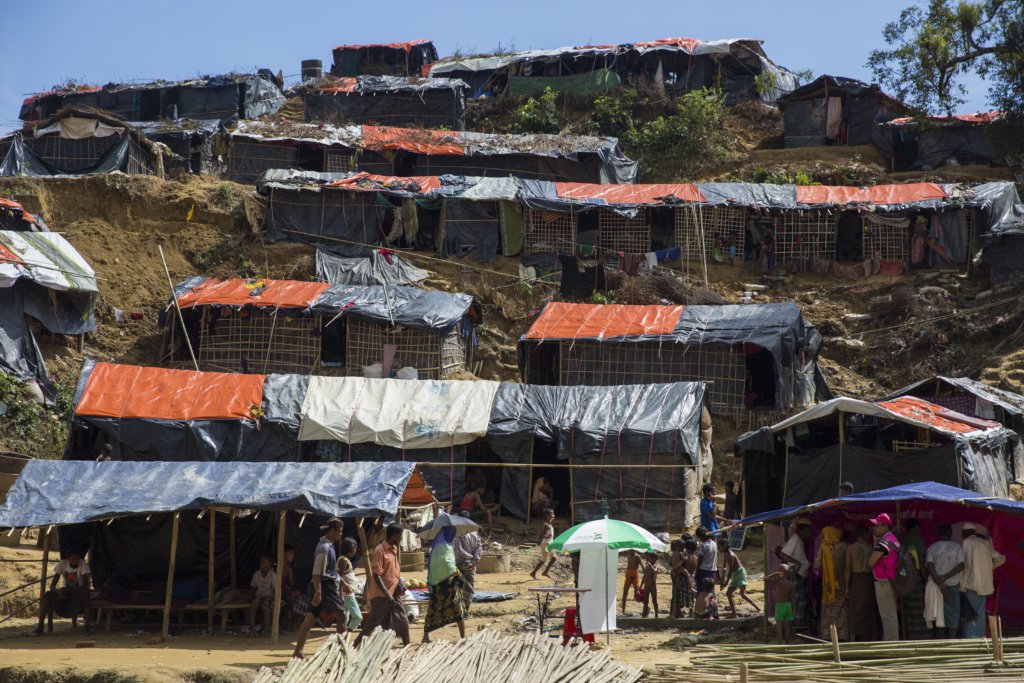 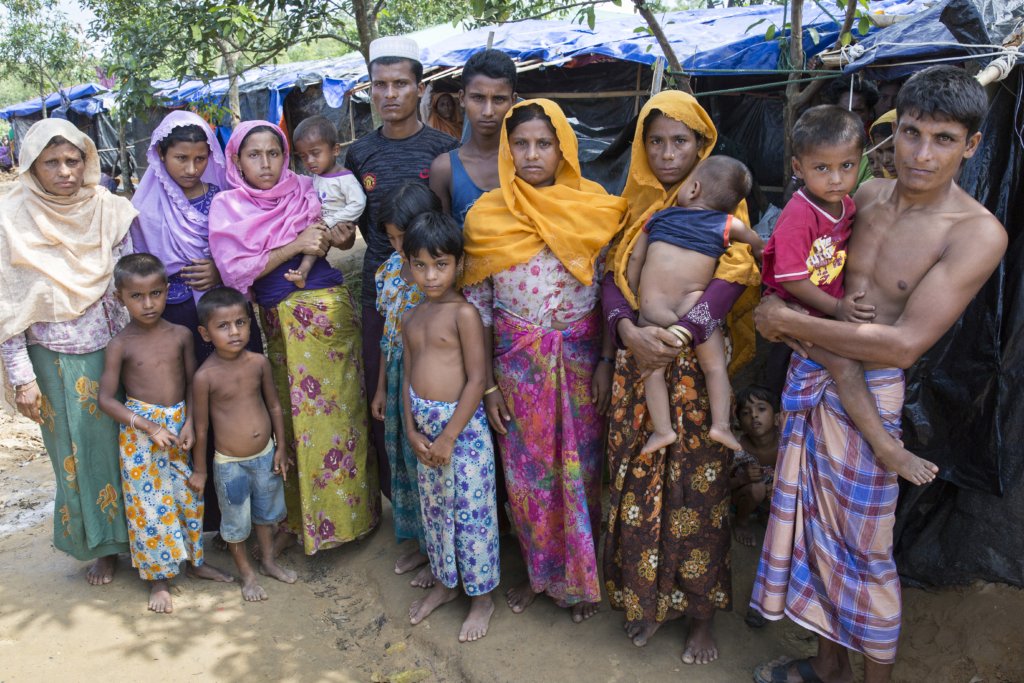 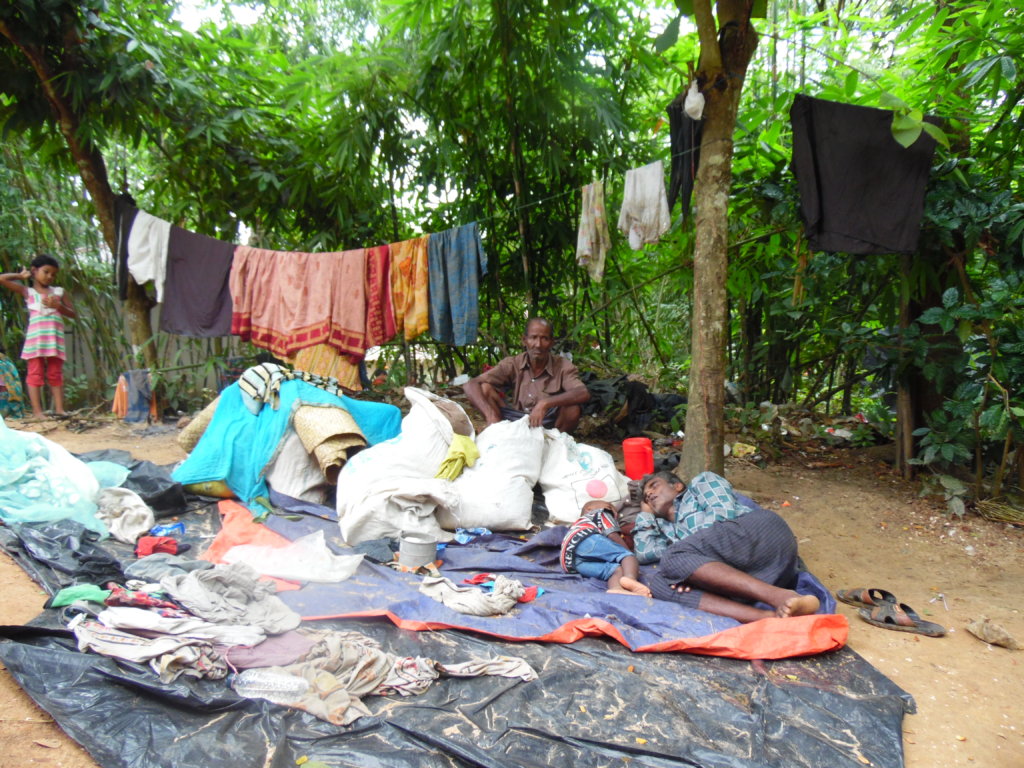 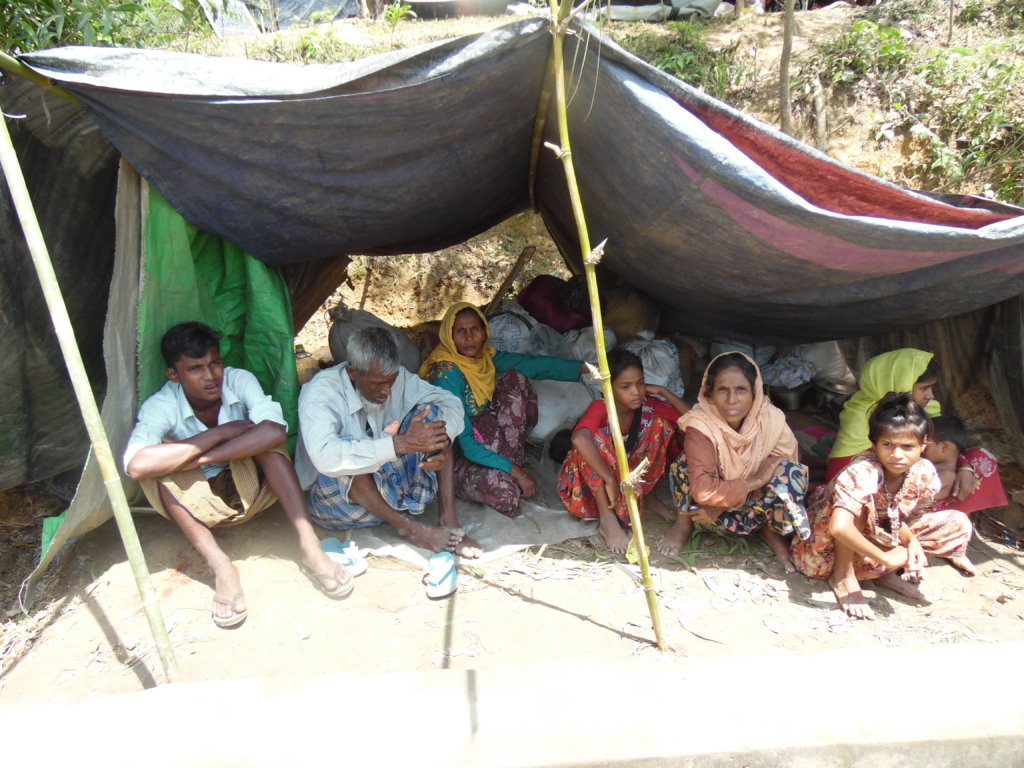 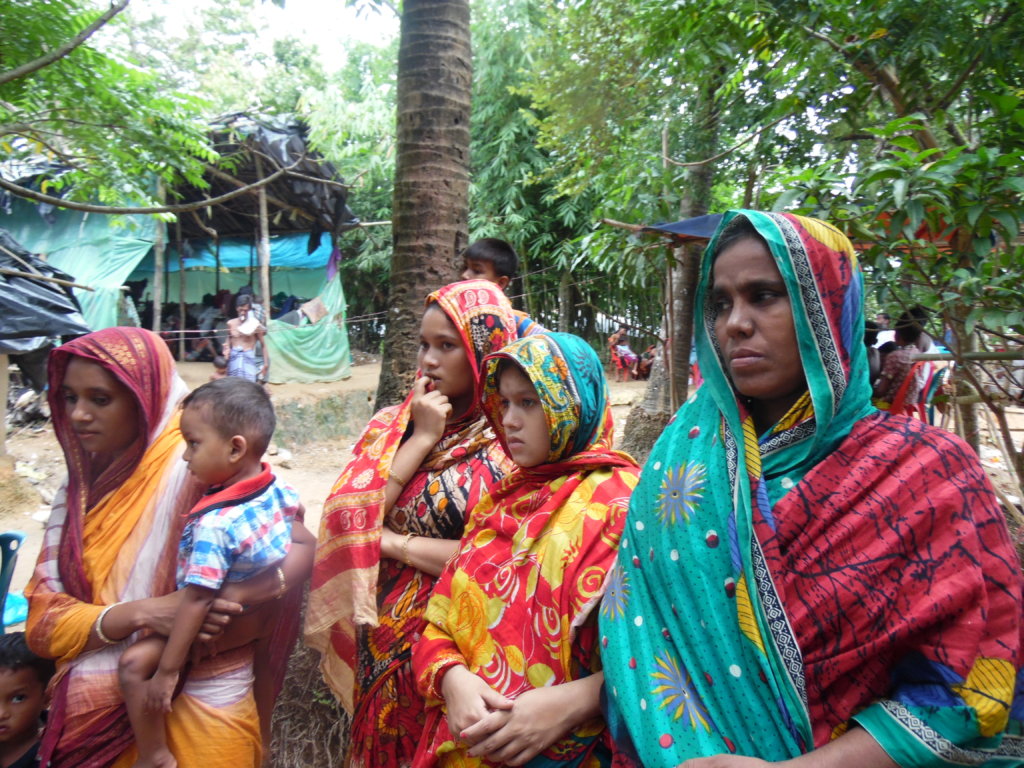 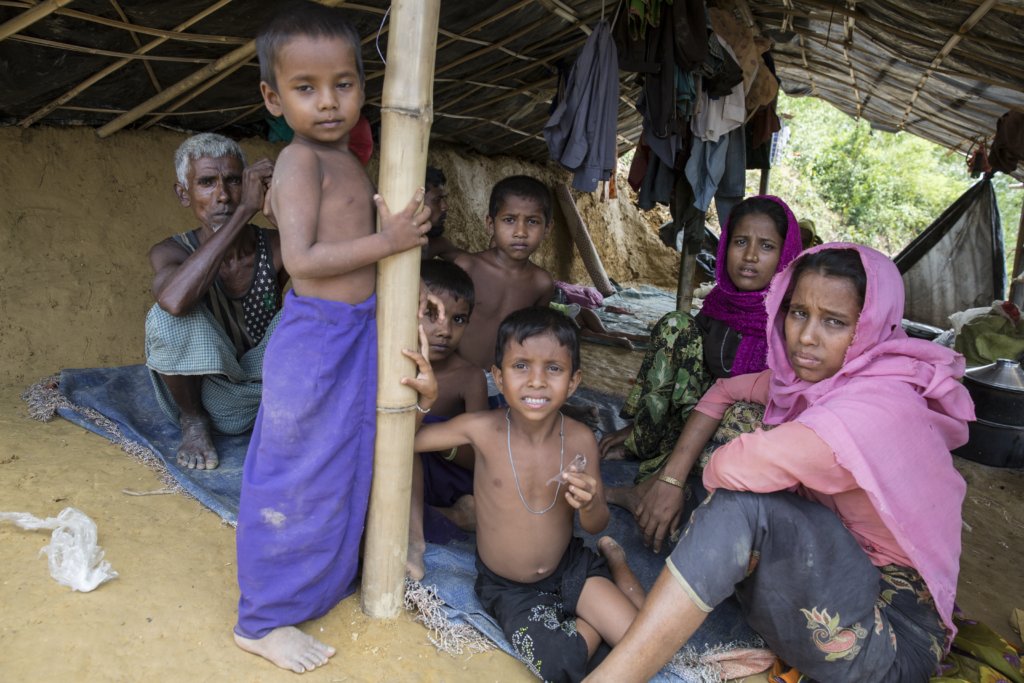 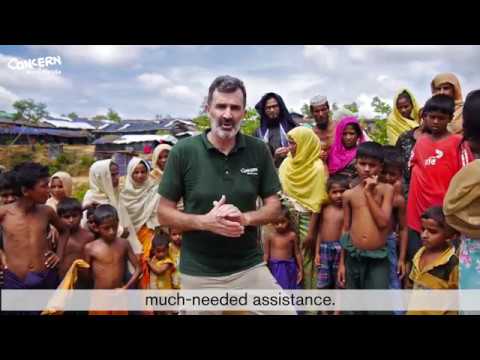 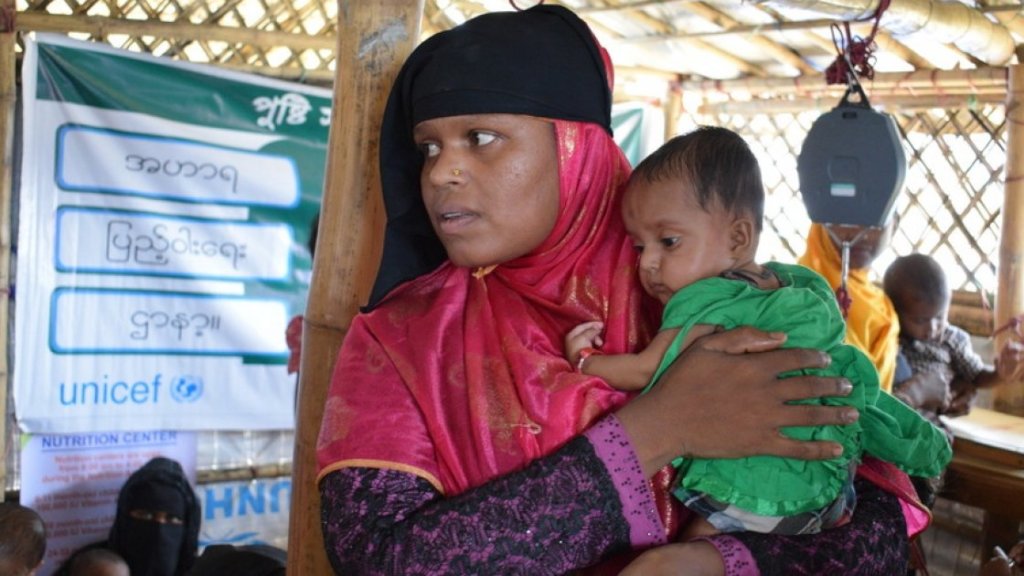 For this report, I’d like to share another story from one of people at the heart of Concern’s Rohingya refugee response in Bangladesh. Reported by Concern’s Tony Cuddihy, the following story captures the incredible impact your support is having on these vulnerable families:

In Bangladesh, Concern is working closely with the Rohingya people within the world’s largest refugee camp in Cox’s Bazar. Mum-of-two Arshia is one of more than one million who have crossed the border from neighbouring Myanmar since August 2017, and knows first-hand the impact our team of nutrition experts can have when it comes to improving quality of life.

Seven months pregnant when she was forced to leave her village and journey by foot for almost two days, Arshia spent an entire month on the banks of a river without regular access to food before swimming over to Bangladesh.

“I was pregnant at the time. I had a plastic water container to keep me afloat,” she says.

“The family were very worried about Aklima,” says 30-year-old Arshia. “She was very ill and was taken to hospital. She had a severe fever and wasn’t able to eat at the time. I was concerned for her health.”

Arshia and her family now receive rations of 30 kilos of rice, 15 kilos of lentils and 3 litres of oil and little Aklima’s health is improving. Having only weighed seven and a half pounds, she is now gaining weight and is well on the road to recovery.

As part of our emergency response to the Rohingya crisis, we are delivering life-saving nutrition services to young children under the age of five.

Concern volunteers - comprised largely of people from the Rohingya community - conduct house-to-house visits over difficult geographical terrain in eight camps in Cox's Bazar to screen children for malnourishment. The cure rate for treatment of children under the age of five with severe malnutrition at Concern's Outpatient Therapeutic Programmes (OTPs) is 97% on average.

We sincerely appreciate your generous support, which is what makes all this possible. Thank you.