Help WWF bring the lynx back to Bulgaria 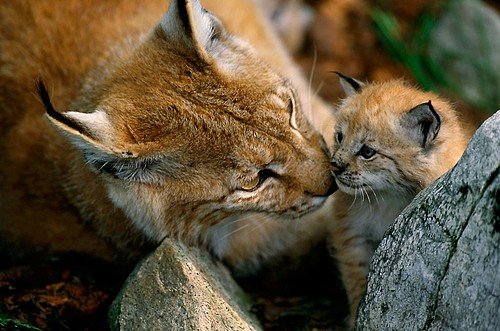 Illegal logging in Bulgaria is between 1/4 and 1/3 of the officially sourced wood total amount in the country. This forms nearly BGN 150 million in favor of the grey economy each year. Illegal logging bereaves whole regions from forests and freshwater.

WWF and Interpol launched a project against forest crimes. The project's main activities focus on building a stakeholders network in order to tackle forest sector crime more effectively. A major role will be played by Interpol's law enforcement expertise in combination with WWF's practical experience in forest conservation.

Our experience has shown that limiting environmental crime can not be achieved only by introducing legislative measures and sanctions in the event of occasional inspections by the responsible authorities. For the measures to be successful, it is necessary for the whole society to understand and participate.

Everyone can join us!

On the occasion of the World Forest Day WWF Bulgaria reminded about its educational materials on how to recognize illegal logging. WWF Bulgaria presented a list with specific steps to follow in case you suspect that you witness illegal logging. You can find it here and here together with video lessons.

You can also check WWF Analysis on Illegal Logging in Bulgaria.

For the past month WWF Bulgaria received several new signals for illegal logging, our Forest team is working on them - right now specific details regarding the signals are still confidential. Expect more information in the next report.

Thanks to your support WWF believes that together we can build a future in which People live in Harmony with Nature!

Audit on the state of old forests started in all six state-owned enterprises responsible for the management of state forest areas in Bulgaria. They were initiated by an order from the Ministry of Agriculture, Food and Forestry following a signal from WWF. Documentary and field inspections will be carried out in parallel by state-owned enterprises and regional forest directorates.

The WWF signal is a result of an analysis conducted through the unique publicly available GIS platform for forests created by WWF. It contains detailed information about forests in Bulgaria. We have data on the area, the average age of the forest, the basic tree species, the logging license, if any, for each forest subsection. This, as well as the technical functionalities of the GIS platform, allowed us to conduct a camera analysis, which found that some of the old forests that have been declared for conservation have been cut down, which is unacceptable.

The WWF's investigation found that violations took place in the territories of all state-owned enterprises. Most often, it is a matter of logging in spite of the order of the Minister of Agriculture and Food, dated November 2016, which has already banned logging in the old forests. Another common type of violation is related to the change of the numbering of the respective departments and subsections. This avoids the banning regime and makes it difficult to control, as well as the efforts of civil society to alert the authorities responsible for forest protection.

WWF Bulgaria would like to thank to all of our supporters who help us protect the Bulgarian old forests. Without your help this wouldn't be possible!

Donating through GlobalGiving is safe, secure, and easy with many payment options to choose from. View other ways to donate
WWF- WORLD WIDE FUND FOR NATURE, DANUBE-CARPATHIAN PROGRAM BULGARIA has earned this recognition on GlobalGiving:

GlobalGiving
Guarantee
Donate https://www.globalgiving.org/dy/cart/view/gg.html?cmd=addItem&projid=36680&rf=microdata&frequency=ONCE&amount=25
Please Note
WARNING: Javascript is currently disabled or is not available in your browser. GlobalGiving makes extensive use of Javascript and will not function properly with Javascript disabled. Please enable Javascript and refresh this page.