20,000 Books for Children in Rural Uganda 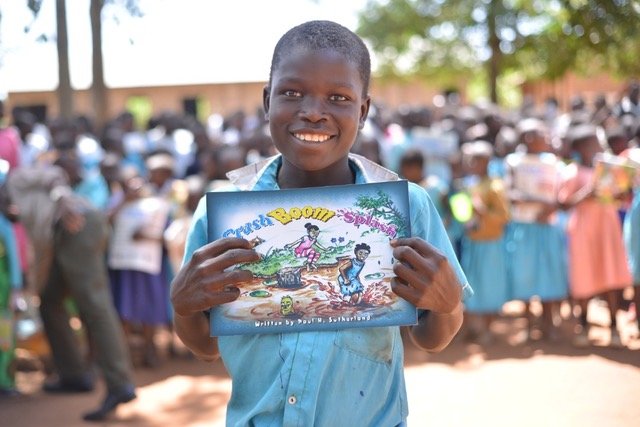 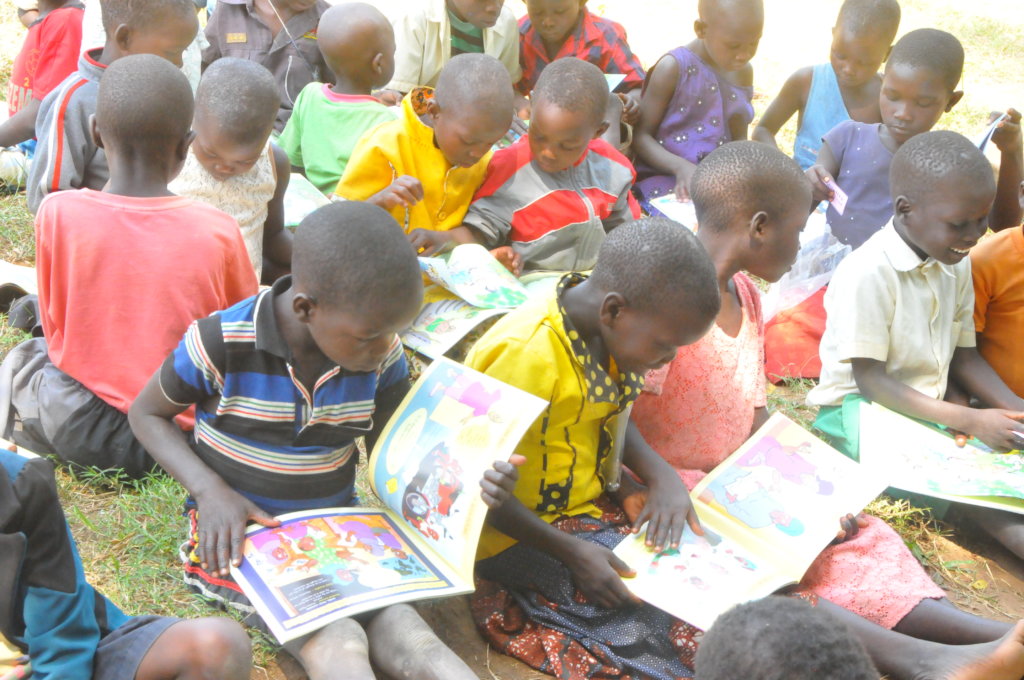 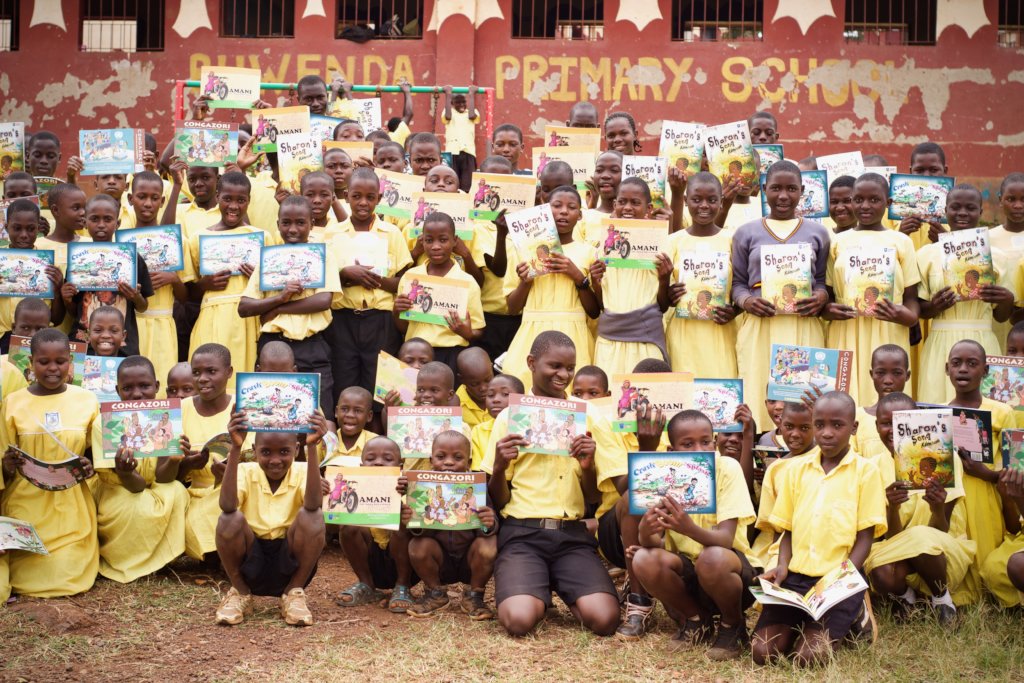 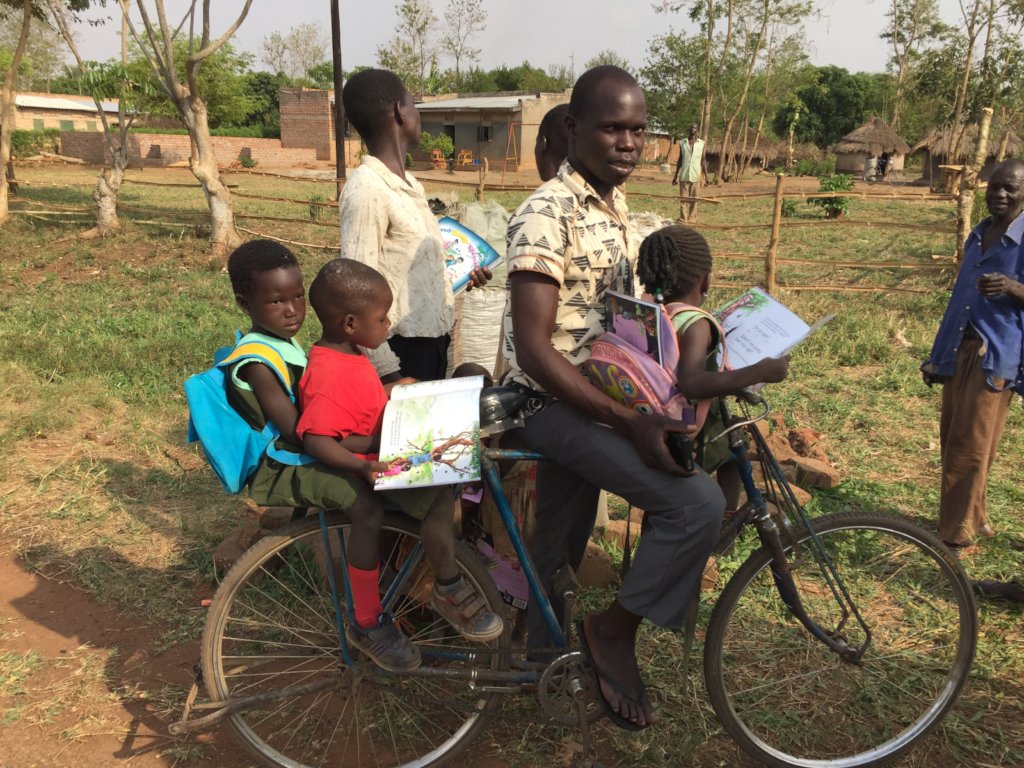 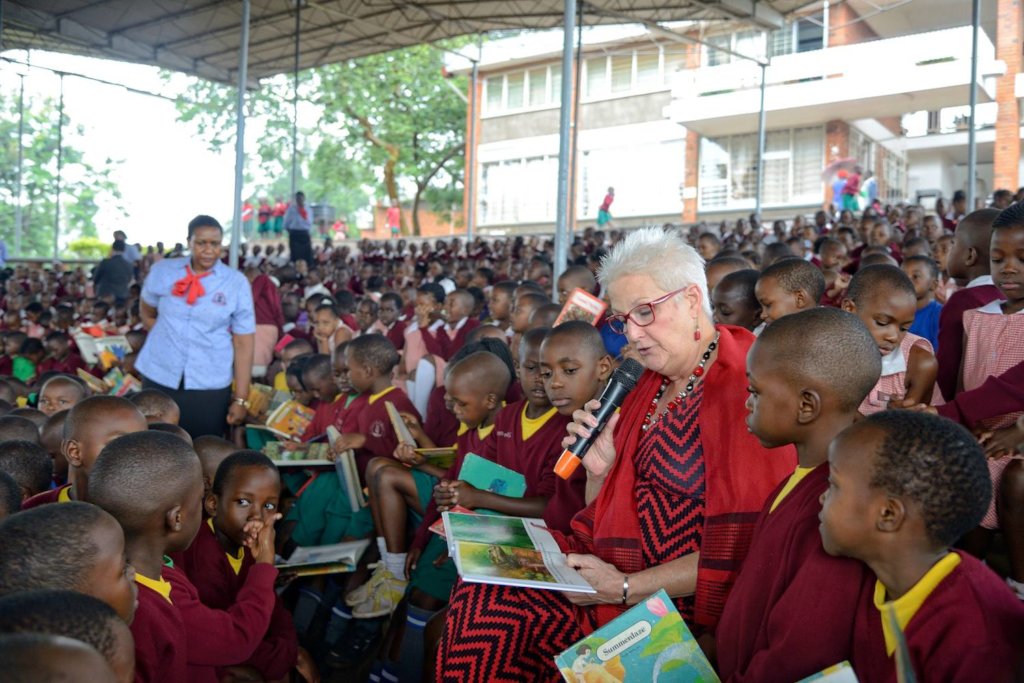 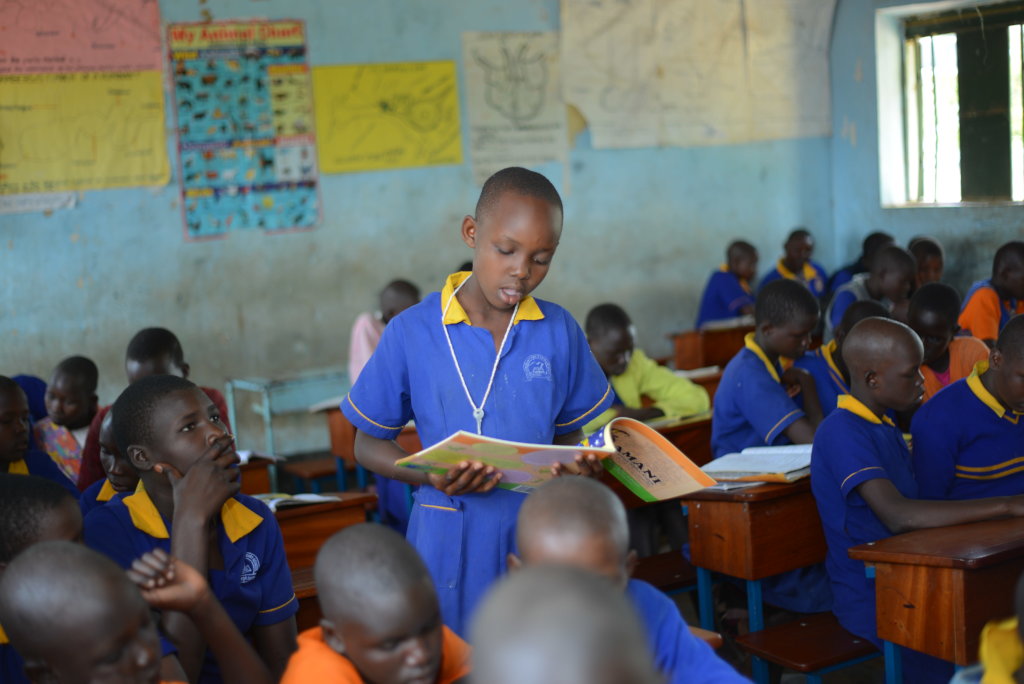 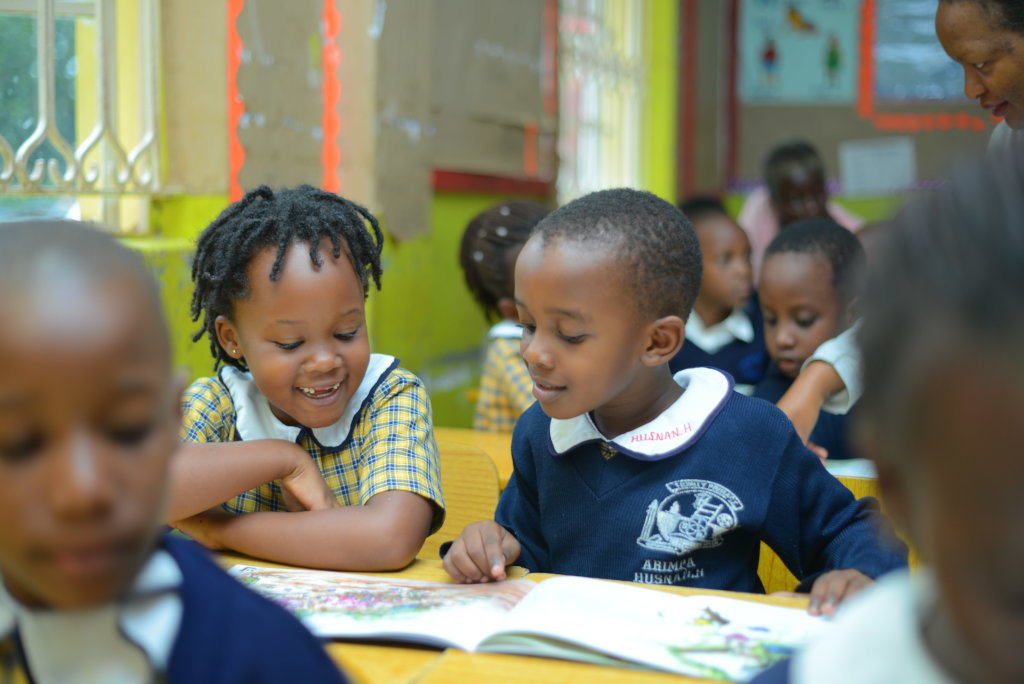 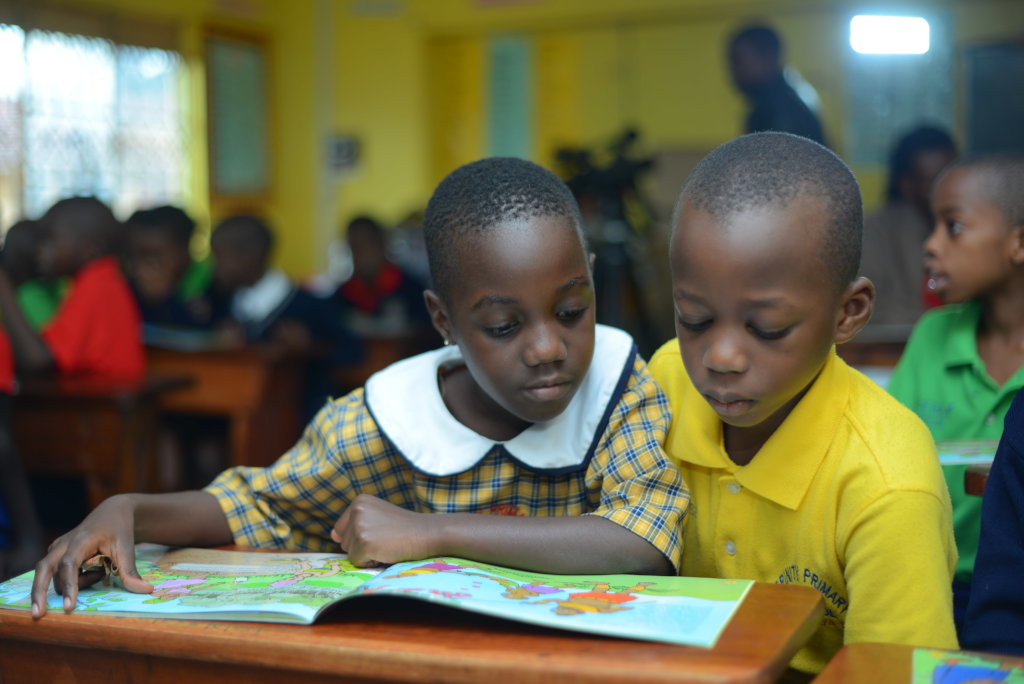 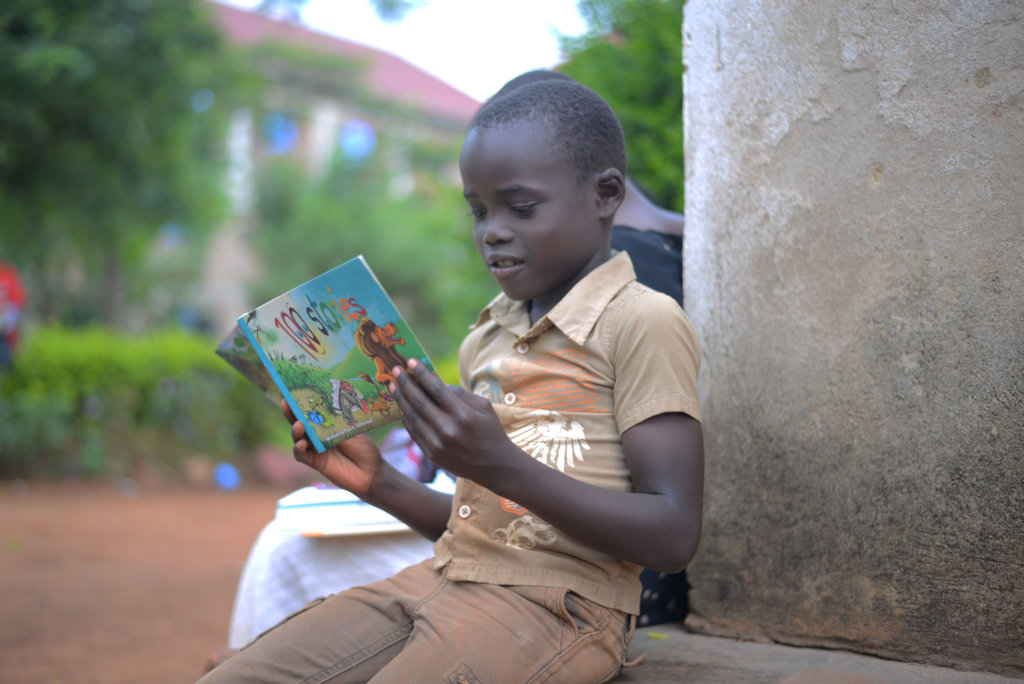 Off we go to another reading day. It is dawn and the sun is just rising. We are on the road to Jinja, one of the most toured cities in our country, Uganda. Our journey is filled with beautiful sceneries starting from the heart of Jinja town to Bujhagali village, a few kilometers away from the town.

At our arrival to Bujhagali village, all we could see were lit up faces of joyous little children, parents and grandmothers from different villages ready to spend a day with us. As we waited for the others to join, Judith Akello, a Programme Associate at Phoebe Education Fund for Orphans and Vulnerable children (PEFO), showed us around the facilities of the organization. One could not stop to appreciate the fantastic job PEFO had done to develop their community right from the community library to the poultry farm, and to the homes built for vulnerable grandmothers.

What caught our attention most was how vibrant their community library was. It not only accommodated children of all ages, backgrounds and socio-economic context but also, young youths with interests in computer studies. By the end of our tour, all the stakeholders had arrived to start the event.

With a prayer, we started the first session of the day. Each member of the enjuba team introduced themselves and gave a glimpse of what they were to do that day. Before the breakout sessions, Rodney Ssewanyana who is part of the enjuba team warmed up the children with a little game where they spelt words with their bodies. With oozing excitement, the children quickly ran to the break out sessions that were according to their classes. The parents and grandmothers also gathered together to have a parenting talk with one of the enjuba members.

This was not any different from the 3 other communities; Kakindu, Kasawo and Salaama where we also carried out reading days in the months of April and May. The books were not only given to the children but also to the parents where they received parenting books in their session. The parenting session comprised of talks around building positive parent-child relationships, fronting children’s education as well as supporting them in all ways. However, we couldn’t help but notice the high number of grandmothers in Bujhagali village during the Parenting sessions. We then got to find out that the grandparents were mostly or wholly the care takers of the children; explaining why only 13% of the children respondents shared that they live with both their parents.

The everlasting smiles on the faces of the children and parents whenever they receive the books and lamps even amidst a global pandemic are what keep us going!

Support another project run by enjuba Spelling Bee that needs your help, such as: 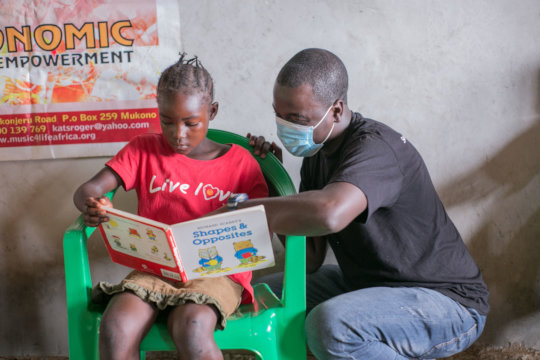 GlobalGiving
Guarantee
Donate https://www.globalgiving.org/dy/cart/view/gg.html?cmd=addItem&projid=29909&rf=microdata&frequency=ONCE&amount=25
Please Note
WARNING: Javascript is currently disabled or is not available in your browser. GlobalGiving makes extensive use of Javascript and will not function properly with Javascript disabled. Please enable Javascript and refresh this page.