"A Book for Midwives" in French for West Africa 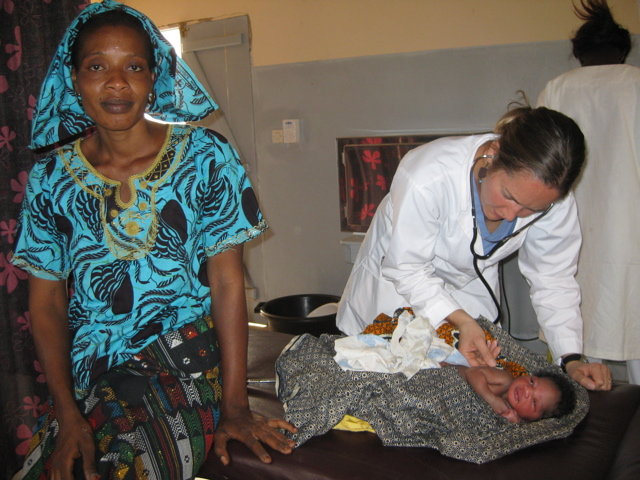 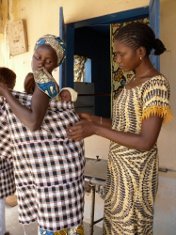 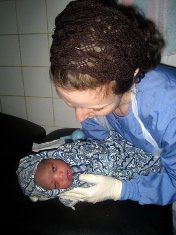 I am writing to tell you that we are now wrapping up this campaign.

Thank you for your extensive support of this project--every gift you have made will support the costs of printing books, so that midwives in Senegal and throughout West Africa can improve their ability to care for mothers and newborns. Your gifts also support the continued devlopment of Kassoumay Traditional Birth House in Senegal.

To stay up to date on the work that the African Birth Collective is doing, please visit them on facebook: https://www.facebook.com/pages/African-Birth-Collective/113188535431312

If you have any questions about this campaign or about the resources, please do not hesitate to be in touch! I can be reached at lizzie@hesperian.org.

Thank you so much for your generous support of the African Birth Collective's project to make "A Book for Midwives" available to communities in West Africa, in French for West Africa.

We will be wrapping up the campaign at the end of September, and sending the funds that have been raised to the African Birth Collective, so that they can begin printing books! As of now, the $311 raised by this campaign will print 30 books that will help midwives in Senegal train new midwives, blend their traditional practices with Western medicine, and problem-solve when they are far from health systems.

The African Birth Collective is continuing to work on building new support systems for midwives, including the Kassoumay Traditional Birth House, which has started caring for mothers and newborns.

Thank you again for your generosity, and for helping us to spread the word. If you know anyone who would be interested in this project, please do let them know. We look forward to reporting more soon!

The inspiration for the African Birth Collective came from Kaya Skye's observation of a disconnect between government health worker training and what local midwives actually needed.

She observed that healthcare workers were being pushed to adopt western birthing practices, but the government- sponsored training was not explaining the rationale for certain actions. For example, health workers were taught how to take blood pressure, but not why it’s important or how high blood pressure could affect a pregnant woman. “But these women are incredibly intelligent and capable of understanding and doing so much more,” says Kaya. She also noticed that along with the westernization of birth care, the more natural approach that had underpinned the work of local midwives for centuries was being lost. Now, instead of natural births, midwives have “rushed births by overusing drugs such as Pitocin,” said Kaya, “which has been a major source of infant mortalities.”

Together with a team of Senegalese midwives, Kaya helped form the Collective, which has accomplished and continues to accomplish inspiring health outcomes for Senegalese mothers and children:

Your support has helped the Collective get closer to having copies of A Book for Midwives in French, a resource that Kaya and her fellow midwives have identified as being an important resource for their life-saving work. Because the translation is complete, they are already using the information in the book to augment their programs however they are able to disseminate it.

This campaign will ensure that the information is transformed into a printed book, which can be carried to the furthest corners of Senegal and all of West Africa.

Thank you for your gift! We sincerely hope that you will share this campaign with anyone who would want to know about how they can help women grow as professionals and as communtiy caregivers--as well as saving the lives of mothers and newborns.

Find another project in Senegal or in Health that needs your help.
Find a Project

GlobalGiving
Guarantee
Donate https://www.globalgiving.org/dy/cart/view/gg.html?cmd=addItem&projid=16763&rf=microdata&frequency=ONCE&amount=25
Please Note
WARNING: Javascript is currently disabled or is not available in your browser. GlobalGiving makes extensive use of Javascript and will not function properly with Javascript disabled. Please enable Javascript and refresh this page.