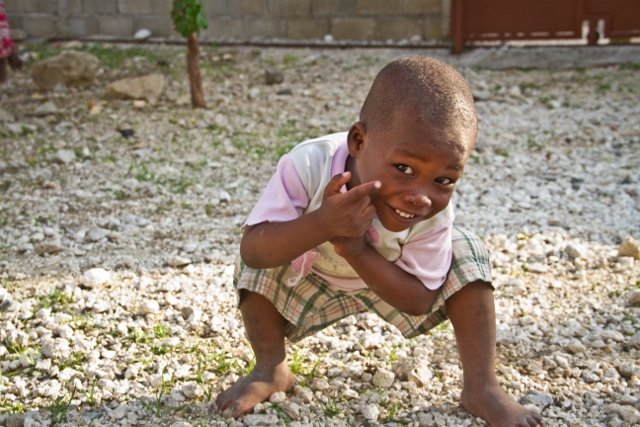 This project will provide a full year of education for Nolson. Nolson is seven. After the earthquake his father got sick and died, leaving his mother with no way to care for him or his two brothers. Nolson is very cuddly and smiles a lot. He likes to play soccer, is good in school, and loves to draw. With your help, we'll be able to provide him with the education he needs to build a secure future.

As an orphan, Nolson is among the most vulnerable of Haitian children. There are no free schools in Port au Prince available, so the orphanage must employ its own teachers and run its own school. Lack of education locks kids like Nolson into a cycle of poverty. Ensuring access to school not only helps Nolson, but strengthens Haitian communities in the long-term.

Nolson has lived his whole life in poverty. He needs a quality education to find a prosperous future. Your donations will give him that education and set him on the road to a brighter tomorrow.

Access to education will give Nolson the skills he needs to find a stable job and escape poverty when he's older.

Find another project in Haiti or in Physical Health that needs your help.
Find a Project

GlobalGiving
Guarantee
Donate https://www.globalgiving.org/dy/cart/view/gg.html?cmd=addItem&projid=16201&rf=microdata&frequency=ONCE&amount=25
Please Note
WARNING: Javascript is currently disabled or is not available in your browser. GlobalGiving makes extensive use of Javascript and will not function properly with Javascript disabled. Please enable Javascript and refresh this page.