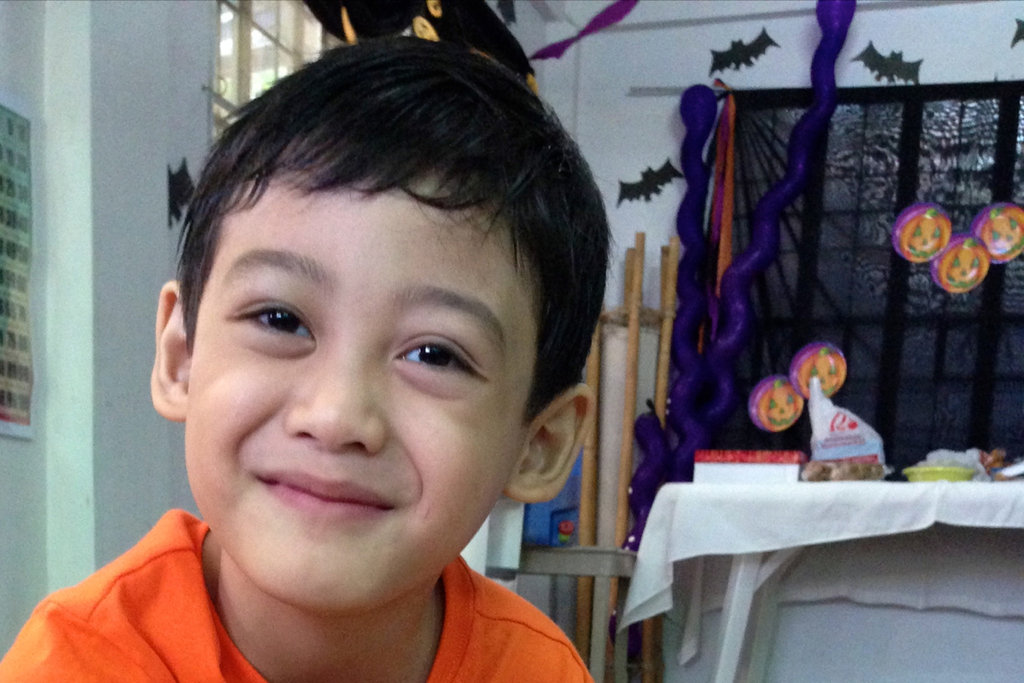 Shane is a 5. He was diagnosed with autism when he was 2 and at first he had a hard time controlling his aggressive behaviour. Since starting school at the Aram Learning Studio in Tacloban, Shane's come a long way, but Typhoon Haiyan damaged the school, and now it's closed. There aren't any more schools for children with disabilities in the area, so at the moment Shane isn't getting help. This project will open therapy sessions for Vice and 15 other children with developmental disabilities.

Children with special needs like Shane are among the most vulnerable members of society following a disaster. Even in the best of times autistic children in the area received little or no government help. Prior to the Typhoon Shane's parents, and families like them worked together to meet their kids' needs, but Haiyan has now crippled their livelihoods. Parents are now struggling to meet kids' basic needs in the wake of the disaster, so Shane's special needs risk being overlooked.

This project will open short-term therapy sessions for Shane and 15 children like him. The sessions will be run by professional special education teachers and include art, songs, therapy, and a meal. Sessions will last for just over two weeks.

By investing in the most vulnerable of Tacloban's children now, we can reduce the long-term psychological effects of the storm's after affects on vulnerable children like Shane.

GlobalGiving
Guarantee
Donate https://www.globalgiving.org/dy/cart/view/gg.html?cmd=addItem&projid=16033&rf=microdata&frequency=ONCE&amount=25
Please Note
WARNING: Javascript is currently disabled or is not available in your browser. GlobalGiving makes extensive use of Javascript and will not function properly with Javascript disabled. Please enable Javascript and refresh this page.